Oaken Early Access Review:
The Seeds of Something Great

Solid Mechanics and a Lot of Heart

Oaken is a roguelite deckbuilder/tactics game where you play as a young (and very sleepy) nature spirit simply called The Lady. Your goal is to make your way to the heart of the Great Oak, find out why the Oak Song has stopped, and save the spirits of the wood from the encroaching madness. 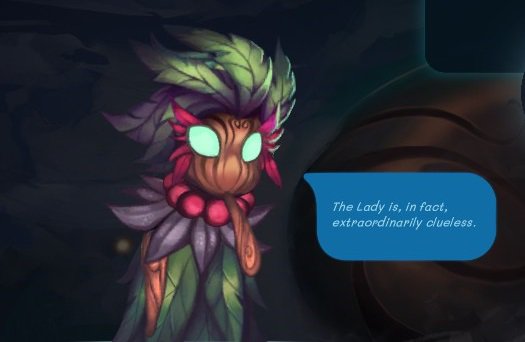 It won’t be easy…

A Deckbuilder With Some New Ideas

Even aside from adding a strategic layer to the core gameplay loop, Oaken brings some interesting twists to the deckbuilder genre.

First of all, in games like Slay the Spire and Monster Train, one of the hardest and most important things to do is keep your deck trim. You want to have as few cards as you can get away with so you’ll be sure to draw your best cards quickly. That means being very picky about taking cards, and using every opportunity to remove the ones you don’t absolutely need. 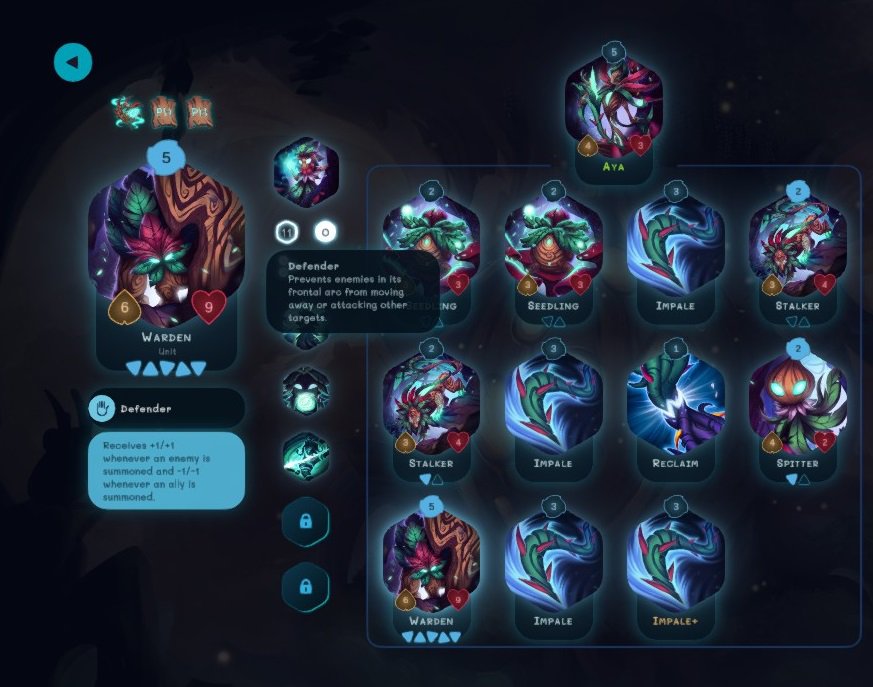 You can also power up your cards and abilities as you go, to make sure the cards you keep are as good as they can be.

Oaken turns all of that on its head. You can scrap cards from your deck whenever you want—and, far from being expensive, it actually gives you resources. They balance that out with the Unstable mechanic: If you play the same card twice in one battle, it becomes Exhausted, meaning that you can’t use it anymore until you clear the current chapter.

On the other hand, your… uh, hand, is unusually small (only 4 cards) and you don’t get to draw more until you play something, so you don’t want to load up on dead cards either. It leads to a sort of Goldilocks approach to deckbuilding: You want your deck to be not too big, not too small, but just right.

But, overall, it’s a refreshing change not to feel like I’m constantly battling against my card count. 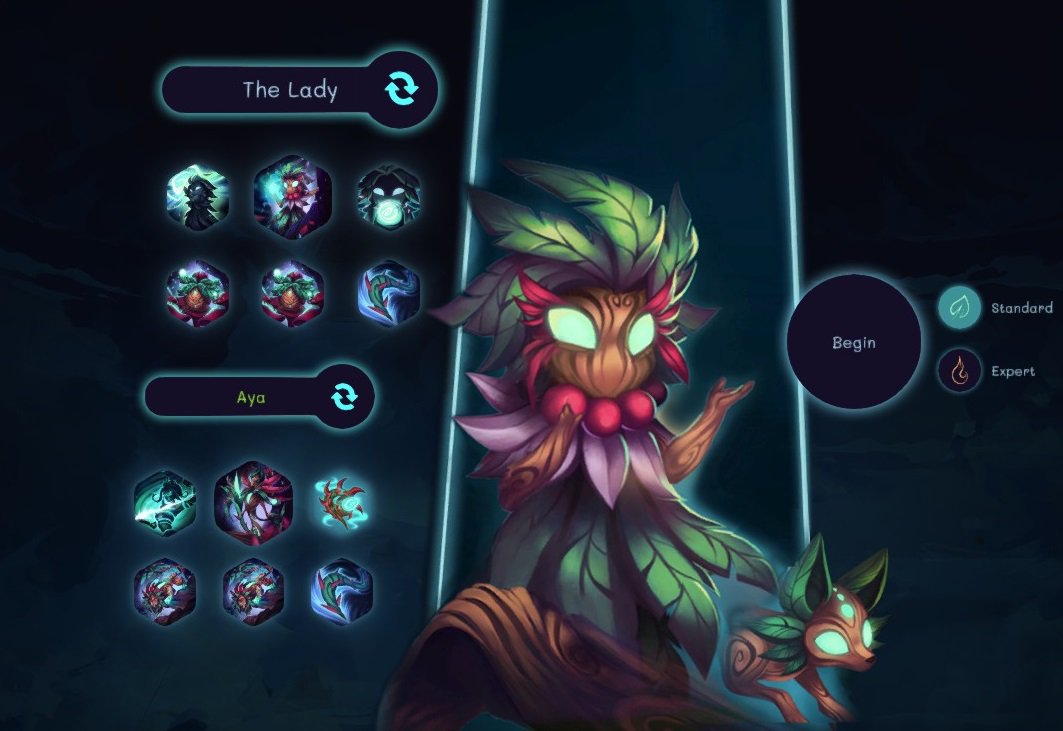 You’ve only got 10 cards to start with (not counting your Hero and Guide) which you’ll soon find is not enough.

The tactical part of Oaken is where you get to put your carefully crafted (or not) deck to the test. Battles happen on a hex grid where you have to summon spirits, cast spells, and position your units to kill enemies without getting killed yourself.

The hex grid does take a bit of getting used to, especially when it comes to line of sight, but I got the hang of it after a game or two. The stages are also very small, which means battles tend to be quick, brutal, and cramped.

Basically, in terms of turn-based tactics games, think less XCOM and more Into the Breach. 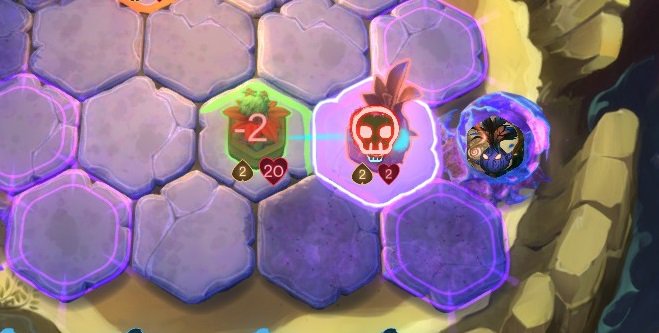 Also, facing matters! If a unit can hit back when attacked, it will.

Besides the usual battles, you’ll also run into scenarios where your goal isn’t just to kill everyone—you might have to protect NPCs, avoid traps, or escape from danger.

You won’t lose a battle unless your Hero dies, but a lot of the enemies inflict fatigue, a status condition that carries over between battles and lowers your units’ health. If a unit’s fatigue equals its max health, that unit becomes exhausted just like if you’d played it twice in one battle.

How Does It Compare?

As I’ve said, the deckbuilding in Oaken feels great. It offers a lot more control over your final build than many other deckbuilders, and has enough different upgrade options to keep things interesting. The tactics game has a bit of a learning curve and isn’t mind-blowing even once you’ve got the hang of it, but it’s more than solid enough to pull its weight.

Oaken is more forgiving in a lot of ways than your standard deckbuilder roguelite. You fully heal after each battle, so you don’t live or die on rest areas like in Slay the Spire—though fatigue will grind you down if you’re not careful.

You can always undo the last move you made (though not farther back than that), so you’re not instantly doomed if you misclick. Also, you get one continue per run, so even if you really screw up a battle you’ll get another chance.

That is not to say that Oaken is easy. The normal difficulty is pretty reasonable, but even veterans of tactics games might have trouble with Expert. 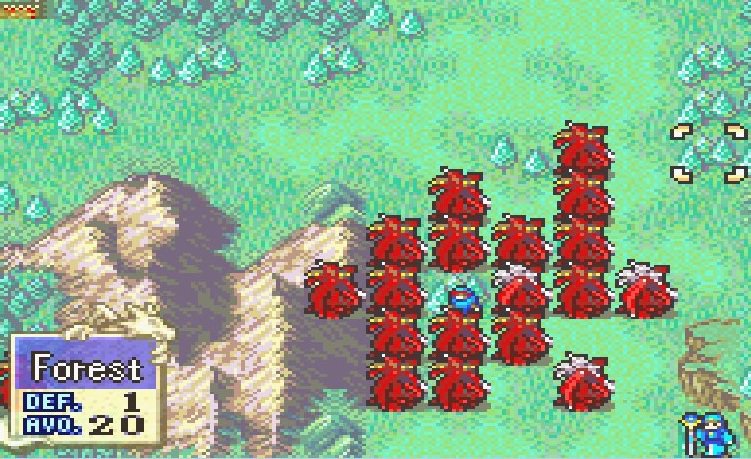 Oaken is already really good, but being in early access, it still feels like it has a lot of room to grow (pun intended). Each chapter only has a handful of different encounters, so you’ll have seen them all by your third or fourth playthrough, and the bosses are always the same.

Also, Oaken also has some language issues. They’re mostly harmless grammatical mistakes, but I’ve also found that some of the ability descriptions aren’t totally clear. For example, a Shooter can attack at range, but after it moves it can only use melee attacks. That’s what the description says—it took several runs and a lucky click for me to realize it meant the unit can only use melee attacks that turn. 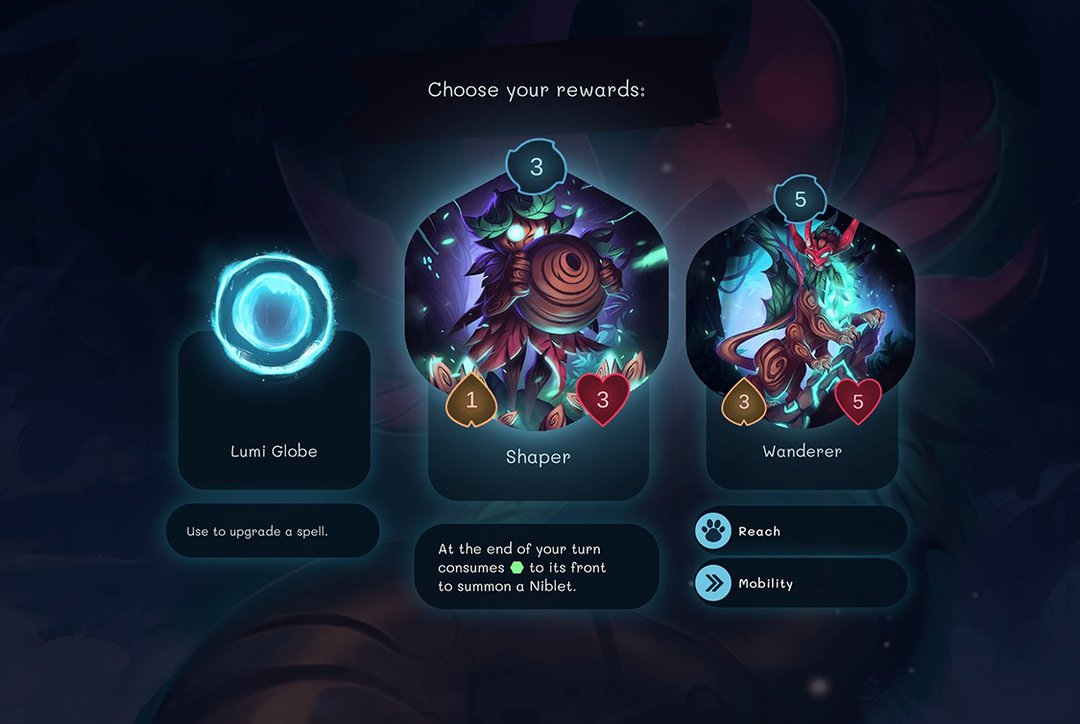 And, of course, there’s the usual need to learn all of the game’s vocabulary.

Now, to Laki Studios’ credit, I’ve noticed some new events added as Early Access goes on. Plus, their roadmap includes plans for two new guides and a new hero to keep switching up your playstyle. They haven’t specifically mentioned anything about updating the wording, but they do have a couple of “balance & fixes” updates planned, so hopefully that will be included.

Even with the issues I mentioned above, I highly recommend Oaken. It’s got some great ideas and tons of personality, all built up around a really solid core game.

With just the content we have so far, I put in around 20 hours before I started feeling like things were getting samey. Once we have the full release I’d guess that you could comfortably put in 50 or so hours before that happens, which is more than your money’s worth. 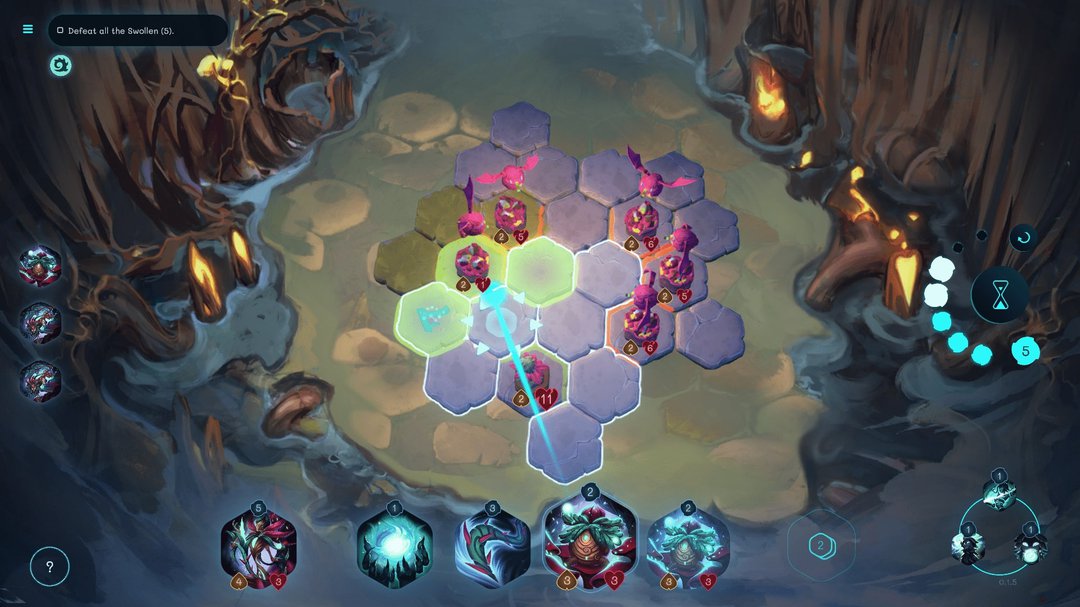 And it definitely has that roguelike addictiveness.

You can grab Oaken for $18 while it’s in Early Access, and there’s also a free demo that I definitely recommend trying. If you find yourself hooked a half hour in? Then you'll find your money well spent, even in early access. If you are a fan of the genre and are looking for something a little off the beaten path, Oaken is certainly worth your time.