A Year With The Master Of Wills

Deck Construction In A Cyberpunk Box 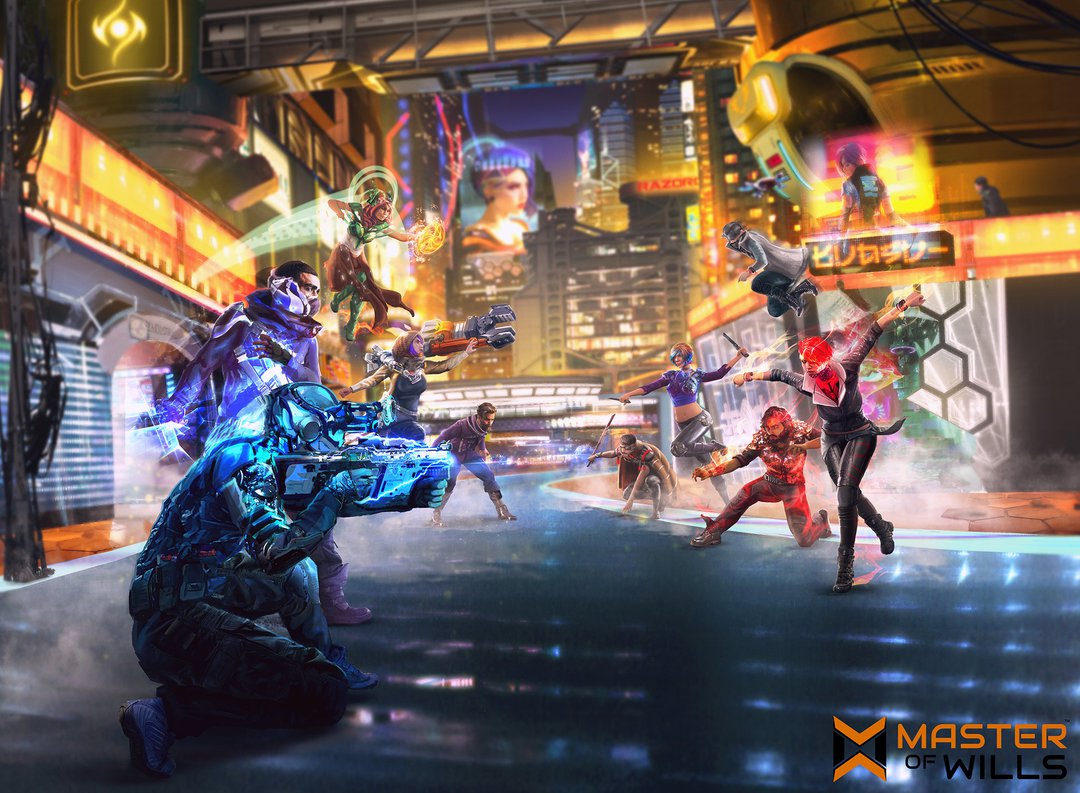 If you know me through my articles here, then you’ve gathered by now how much I love sci-fi, cyberpunk, and wizards. While that last one doesn’t factor into this piece, if I told you that I’ve been enjoying a cyberpunk game with gorgeous artwork and self-contained customization options for over the last year, you’d probably ask me why I haven’t told you about it yet. The answer is complicated, and honestly has no small amount of excuses involved. What’s important is that we’re going to talk about it now because it’s been on my mind for way too long; either that or the new cyberjack I had installed is glitching. Either way it’s good for you!

Master of Wills is the most colorful game of tug of war you’ll probably ever see. Cards from several different factions are flipped off a common stack and into a neutral area in the center of the board. Each turn you get to pull one to a zone inside your half of the play area. Pulling certain cards allows you to influence how others move both toward and away from you, how many extra people become available to fight over in the center of the table, and if you get to trigger a special ability from your chosen faction. Play eight rounds, each being a single pull from you and your opponent, and at game’s end total up the point values of everyone on your side of the board. Most control wins! Simple, right?

Wrong. And I love it! 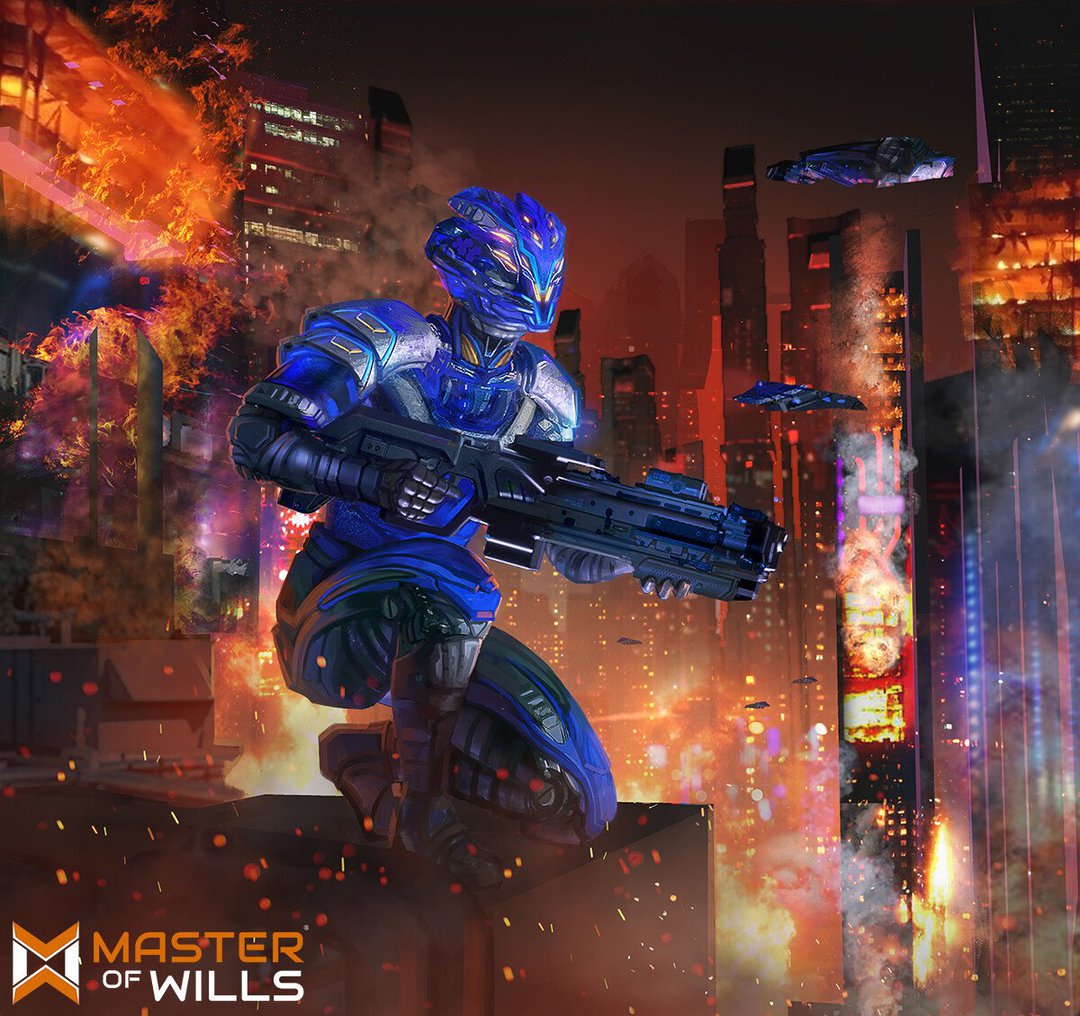 The caption to every picture in this article might just be "look at that art!"

A New Age Of Conflict

My story with Master of Wills started just after its inception almost two years ago. In typical game night fashion, I was looking for something thematic and light to kick off my Netrunner nights, as we’d usually all arrive in a similar order each meetup, and starting our running of nets early would often result in the same people playing each other week over week. I was looking for something that could play in 20 minutes or less, preferably cyberpunk in subject, while we waited for the rest of our arrivals. That was when I practically tripped over Master of Wills at PAX East, and by “tripped” I mean Wyatt pretty much shoved it into my arms. 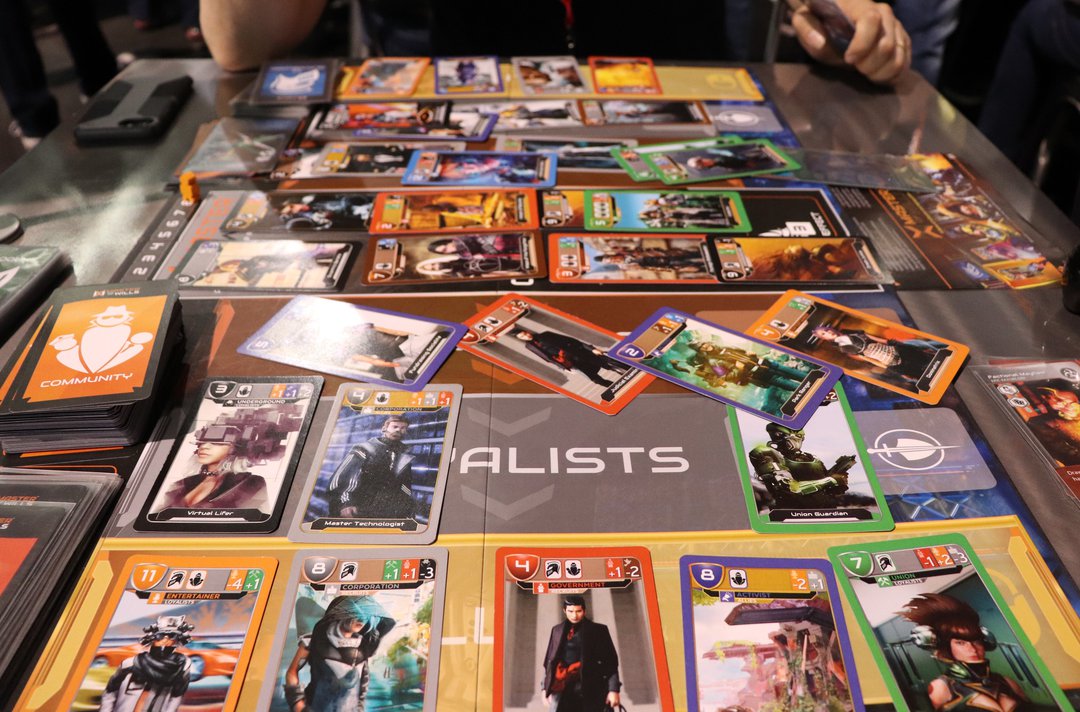 For example, here's a picture of Wyatt getting crushed at the PAX East 2018 tournament. Yet he still sold me on the game!

It was, in a word, perfect. I’d found something that indeed played in about twenty minutes, maybe more depending on how long someone agonized over their move on any given turn. But it was easy to teach, satisfyingly crunchy to play, and had something any player who was showing up for cards could get behind: light deck construction self-contained in the box! Around that time though, game nights began shifting; our Netrunner group began its slow downward spiral towards its eventual decline, and Master of Wills ended up not as its intended cyberpunk starting course but instead as a sometimes-played extra in my game night bag, brought out mainly between games or when others went home. 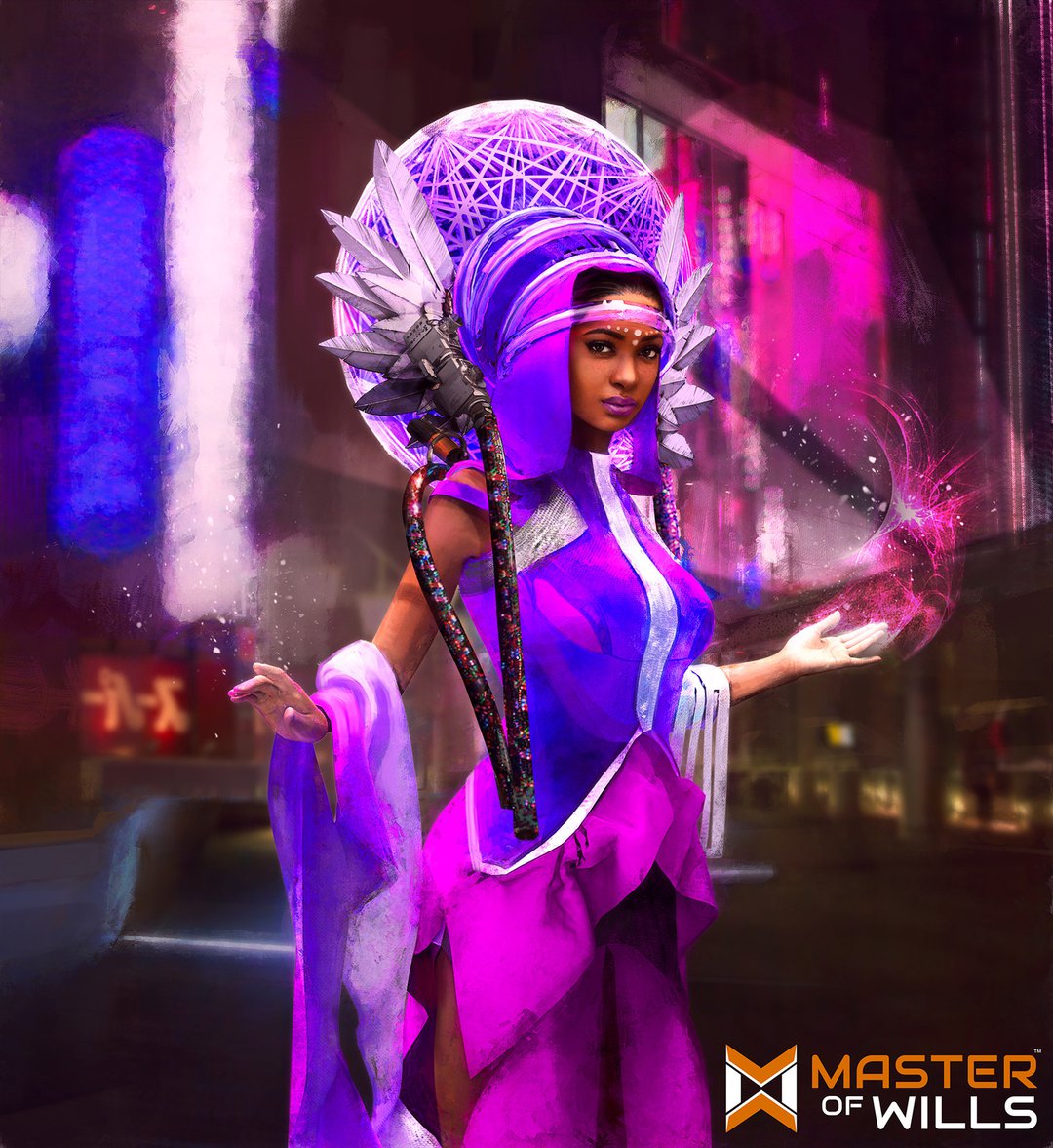 But seriously, have you looked at that art?!

The basics of the game are extremely straightforward: take a card from the community and then push or pull some amount of other colored cards according to the numbers on the one claimed. It seems simple, but the chain effects of which card you pick will cause a ripple effect across the board, forcing cards into the permenant 'allies' zones, shifting points out of your opponent's reach, or even forcing cards worth negative points into their zone. What really makes Master of Wills shine though is the special deck of faction powers available to each player. Keep in mind that there are only 8 rounds in a game, and not every round will see you grabbing a card with the symbol needed to trigger a faction play. Getting to use a card from your personal deck is a rare and special thing. You maintain a hand of three cards, and you’re allowed to draw the “replacement” extra card before deciding on what to play (potentially playing that one instead). Then you watch either as your opponent grimaces at a nasty effect or gives you the side-eye as you slip a face down trap onto the board, its trigger a secret known only to you.

These cards are, frankly, ridiculous. It’s as if the game knows your time with them is limited and throws all caution to the wind. They can make cards of a particular color worth tons of points more (or less) on a given row. They can blow up multiple cards of an opponent, destroying their point base. They can convert enemy cards to your side, flinging wild point swings across the board. Though this isn’t to say anything is overpowered or unbalanced, as many of them are situationally based on a particular board row or card color, sometimes randomly determined. Also, your opponent will be looking for those plays as well. In a lot of ways, Master of Wills is a game about hedging your bets or swinging for the fences: Do you go for a card that locks in 10+ points for the rest of the game, or a card that lets that lets you try and activate your special faction abilities?

Cards do have rarities that determine how many of each power level you can put in your deck to limit some of that overwhelming power; still, in the event one of your two big bads does show up, it’s going to mean a world of hurt for your opponent and cause a burst of real excitement at the table. It’s always exciting to play a faction card, and while the people you claim from the center of the board to earn a faction play are typically lesser in board positioning power and points to compensate for the crazy card effect, I find myself still often choosing them just for the thrill (and to deny my opponent the opportunity). I lose a lot of my games, and prioritizing those cards over pure points is probably to blame, but I have a great time doing it.

Ok, for real this time. This is the setup of the board, in case you were wondering the form this tug of war takes.

The Battle For The Future Continues

Time has continued to tick forwards since introducing Master of Wills to my game night friends. I’ve long since lost my Netrunner crew, not having conjured again the energy to hold a new play group together for it. I’ve come and gone to several more PAXes, some of the new Unplugged variety. Our local game night has moved venues and attracted all kinds of new people both experienced and simply curious about trying some new games. And through it all, Master of Wills has remained on my main board gaming shelves and in my game night bag. It’s a funny thought to me that something I purchased as an appetizer could outlast the main course. Why is that?

I think for one, Netrunner to a large degree requires repeated effort to keep up on cards and a meta (that is, the metagame, or what’s powerful and popular in common play and how to counter it); and while the game is being continued by a dedicated fan group of designers, writers, and playtesters, Project NISEI, the game still demands hours of extra tinkering and a dedicated play group; that in itself isn’t a detractor for Netrunner, certainly, as I’ve enjoyed every hour I’ve ever spent with it; I’d say it’s actually part of the appeal. This isn't to say that the Master of Wills community doesn’t have a meta of their own, but because the game is self-contained in its box, things never get too out of hand to keep track of. There are expansions, but each is a box that gives you a new faction. You don’t need the same kind of time commitment or playgroup to get it to the table, yet you still get that satisfaction that when you win you’ve done it with something customized, something personal. That victory’s more than just smart moves; there’s a little bit of you in there. It’s something similar that I got from playing Netrunner, and something I wish I could experience in more board games. 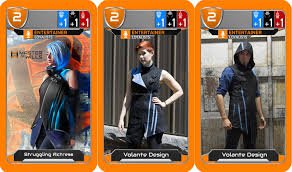 Interestingly, the folks at Master of Wills have partnered with Volante Design to provide actual clothes based on some of the card art!

All in all, I’ve come to love Master of Wills for its smart yet simple design, its depth of strategy despite the appearance of randomness, and its customization options. Its standalone design allows it to exist as a board game, preserved in its box, rather than as a card game that lives and dies on new releases. Most of all though, after taking nearly two years to talk about this game I've been given me perspective on its reliability. To this day, I still have friends at game night who ask me to bring it around. You wouldn’t necessarily think that tinkering with a couple of cards between games in the limited faction decks would be that big of a deal during play, but just like its bigger cousins, every change makes a difference.

This game has withstood the test of time on my game shelf, and I can’t see moving it off anytime soon. While I continue to debate back and forth as to whether I have the energy to start a new Netrunner group near me all over again, Master of Wills remains ready as ever to thrown down on my regular board game night. Do you enjoy deck construction but aren’t necessarily ready to commit to a heavier game? This one might be what you’ve been looking for. Its a great game for the price, coming with two factions and everything you need to play; it's unique in its game design, and its art is phenomenal.

Curious? Still want that little jolt of dystopic futurism? If so, I recommend you give Master of Wills a try and see if, like me, you are drawn in by its alluring pull.