Have you ever noticed that heavy metal artists are total nerds? Seriously, look at an album cover sometime: wizards, robots, and buff guys with swords are everywhere. Heavy metal is a ridiculous, glorious mess of fantasy and sci-fi tropes painted over loud and passionate music that, taken all together, screams, “reality is not enough.”

Valfaris is like one of those classic heavy metal albums brought to life.

You play as Therion, a warrior prince on a mission to find out why his home of Valfaris suddenly vanished and reappeared in the orbit of a dying sun. With your shining bloodred armor, plasma sword, laser pistol, and fabulous hair, you’ll fight your way through the ever-worsening corruption in Valfaris to find and destroy the evil at the heart of it. 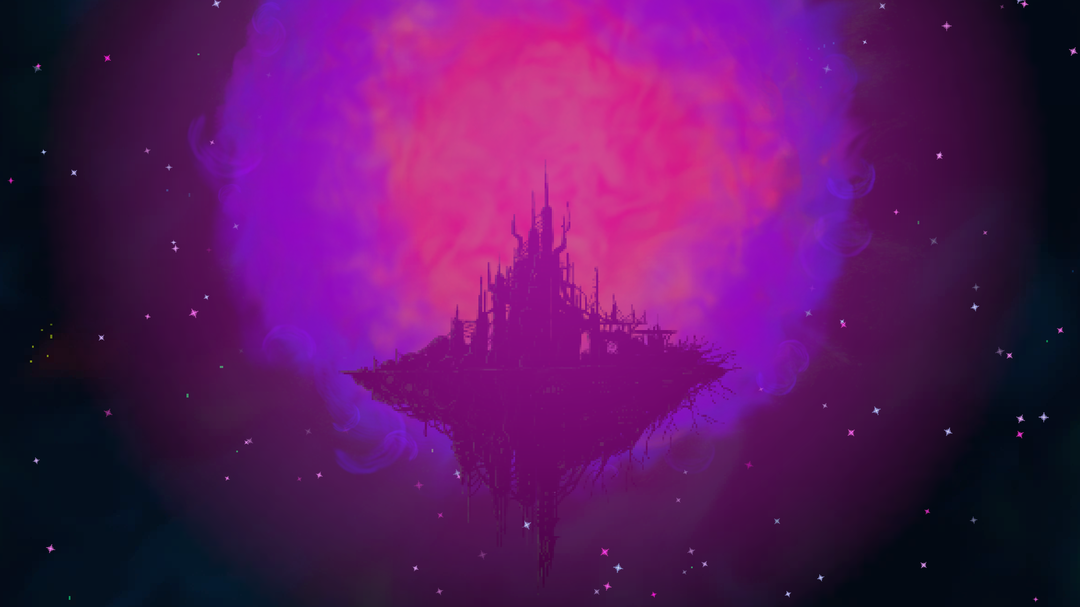 The space fortress Valfaris. Once beautiful, now warped by evil.

A Vicious And Brutal Romp

Valfaris is all about style. Therion’s red armor - and, of course, his various energy weapons - are the lone bright spot in a relentlessly dark pixel art world. You cut and blast your way through legions of enemy soldiers, insectoid monsters, and undead creatures that could have been pulled straight from an Iron Maiden album, all while the game’s signature heavy metal soundtrack pounds in the background.

Valfaris is dark, brutal, and totally over-the-top. You also have to take it with a grain of salt. I rolled my eyes during the opening cutscene when Therion turns off his autopilot so he can land the ship himself because he wants to “come in hot and heavy,” then proceeds to crash his ship through a squad of troops. It took me a little while to really appreciate the fact that Valfaris is paying tribute to a dark, brutal, and over-the-top genre. Once I’d gotten over that initial groan at the edginess, I wouldn’t have it any other way. If you tried to tone down Valfaris, it just wouldn’t be itself anymore.

And we wouldn't get these epic moments...

Finally, Valfaris is tough. Not Contra tough, but maybe Mega Man 3 tough. I grew up on those old NES run n’ guns, and while I was able to plow through most of Valfaris without much trouble, there were still a couple of sections that killed me more than once. A couple of boss fights in particular were serious stumbling blocks, and took me a solid half a dozen tries to beat.

The gameplay in Valfaris is good, but not great. At its heart, Valfaris is a pretty bog standard run-and-gun that falls somewhere in between Contra and Mega Man. It’s solid, but nothing exceptional. However, this game does do a couple of things that I really like.

I always enjoy a good risk/reward system, and Valfaris has one in the form of resurrection idols. There are checkpoints scattered fairly liberally through the levels, but you need to spend idols to activate them. It’s a small thing, but it turns each checkpoint into a choice. How many idols do you have left? Do you think you can get through the next section without dying, and how much of a pain would it be to get back there if you do? On top of that, at the end of each level is a machine that will let you exchange a few extra idols for blood metal (yes, of course it’s called blood metal), which you can use to upgrade your weapons. Do you want to save your resurrection idols for that, and do you dare to skip a checkpoint here and there in order to do it? 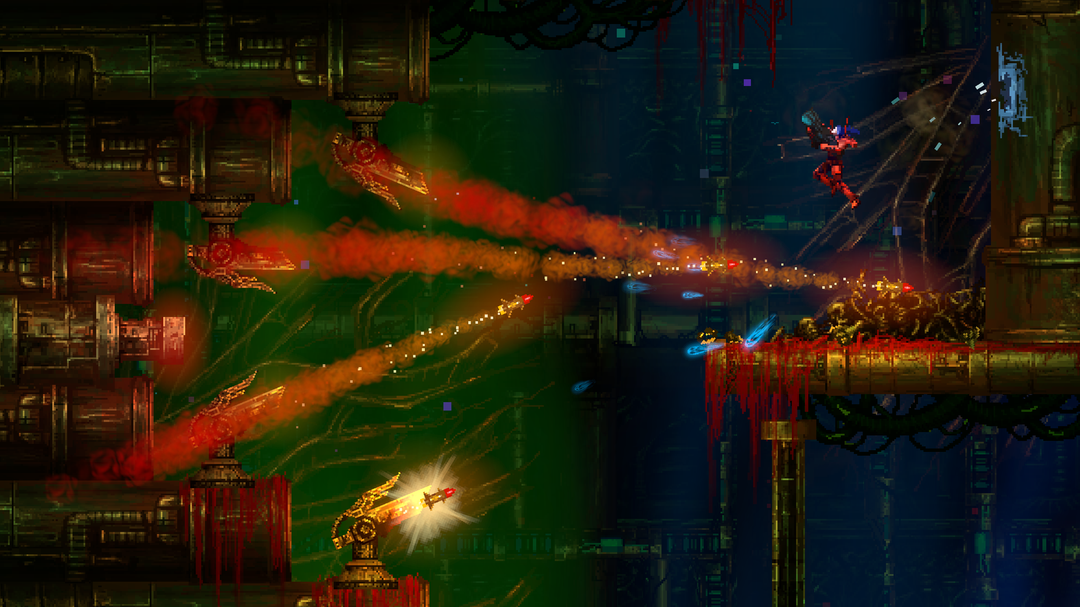 Valfaris is a dangerous place - it wouldn't be fun otherwise

Secondly, Therion has an energy shield that you can use to block incoming attacks. The cool part is that, if you time your shield right, you can actually use it to parry melee attacks and knock your enemy off balance, or catch projectile attacks and throw them back. Nothing makes you feel badass quite like intercepting a plasma ball in the middle of a hectic battle, then sending it back to kill the guy who shot it.

Unfortunately, aside from a couple of particularly awesome shield tricks, there’s not a whole lot to say here. It is what it is, and doesn't try to be otherwise.

Worth It For The Right Player

I said it before, but it bears repeating: Valfaris is all about style. The gameplay is solid, certainly strong enough to hold up the rest of the game, but it’s not the main attraction. If you’re looking for innovative mechanics and a deep, emotional story, then you’ll want to keep looking. Its unique style is what you are coming here for, more than any other aspect of the game. 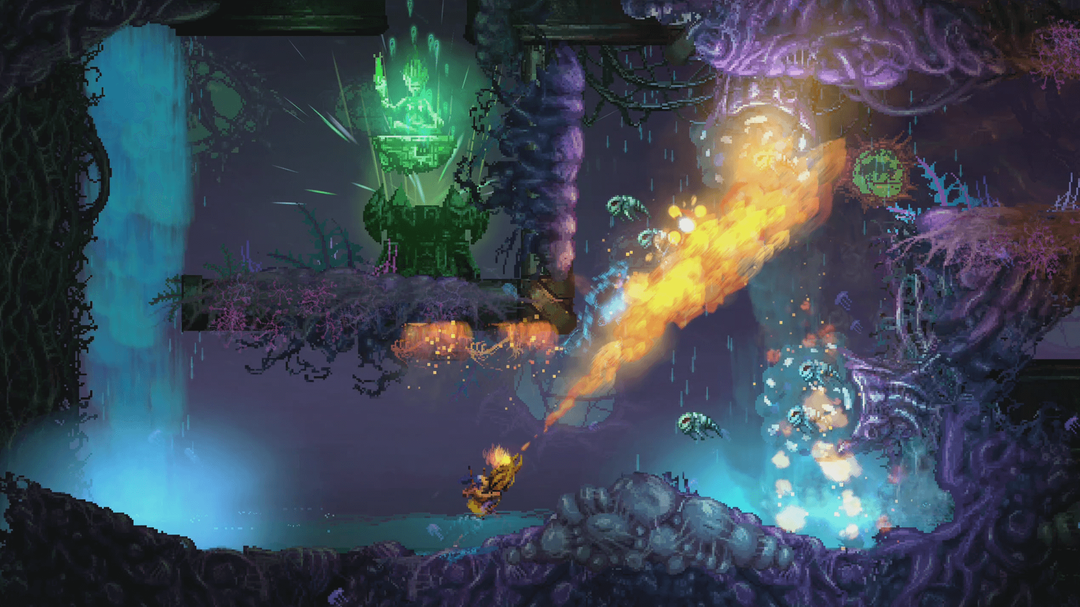 On the other hand, if you’re an old-school heavy metal fan, or you’re just in the mood for a savage, gory, tongue-in-cheek adventure through the heart of a corrupted space fortress, you’re going to have a great time with Valfaris. At the end of the day, isn't that really why we game?