After what feels like forever, Starfinder was officially released at this year’s GenCon. Although I wasn’t personally at GenCon, as our resident Pathfinder “expert,” I was chosen to read and review the core rulebook.

Apologies for the delay, but this is one hefty book (or it would be, if I had a physical copy). It comes in at a whopping 529 pages, with over 200 of those devoted just to building and equipping characters. That’s actually a bit less than the Pathfinder Core Rulebook, which boasts an impressive 576 pages, but it’s still a whole lot of Starfinder to take in at once. This will be the first of two articles breaking down the rulebook into more manageable chunks. 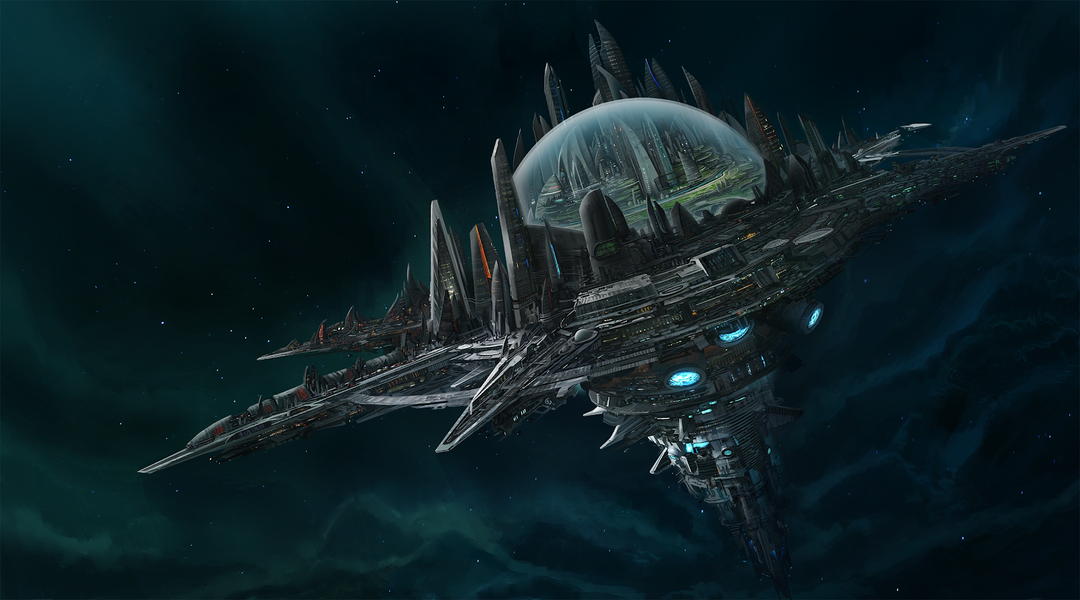 Absalom Station, the heart of the galaxy and the last remnant of lost Golarion.

To Boldly Go Where No One Has Gone Bef - What Do You Mean That’s Taken?

From the Rulebook: “Starfinder is, at its core, a game about exploration: discovering new worlds, meeting previously unknown cultures, and expanding the borders of the known.” The given setting for Starfinder is thousands of years after Pathfinder, in a distant future where Golarion (the official setting for Pathfinder) is known to be just one world out of countless others. Adventurers are assumed to be starting in the Pact Worlds, a densely inhabited solar system that is the economic and religious center of the universe. Golarion itself is - or rather, was - the third world from the sun in this solar system.

While just one planet among many, Golarion is still considered to be an extremely important world. It is known to have the evil god Rovagug imprisoned in its core, and to be the resting place of the Starstone, which allows mortals to attain godhood.

It’s also gone. I'll let the implications of that sit with you for just a moment.

No matter where you go in the inhabited worlds, you’ll find the same thing: historical records go back a few centuries, then suddenly there’s nothing. What little information people can find is confusing and contradictory. This period, referred to as the Gap, seems to stretch over several millennia, and Golarion was lost at some point during that time.

Shortly after the end of the Gap, in the year 3 AG (After Gap), the god Triune revealed itself to the universe. Triune gave the civilized races access to Drift travel, which is a lot like hyperspace in Star Wars or the Warp in Warhammer 40k, and nothing like the third Fast and the Furious movie. 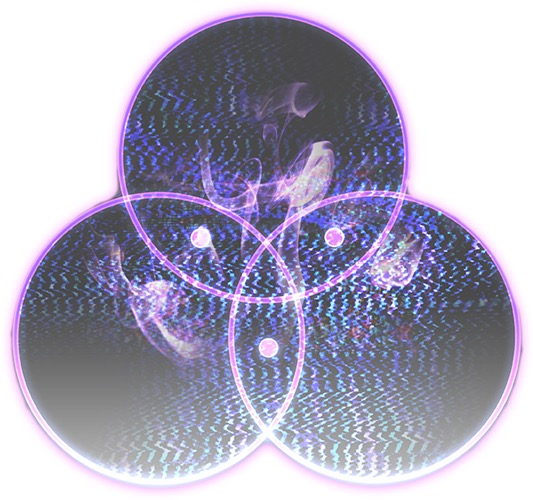 The Starfinders, in addition to exploring the multiverse to learn about new worlds and civilizations, are also trying to piece together what caused the Gap and what really happened during it.

So, what is the major takeaway from this?

It really is Pathfinder in space, in every sense! Golarion still does - or at least did - exist. Magic and gods are real, and are used alongside futuristic technology. The Starfinders are the space-future version of the Pathfinders: explorers and adventurers seeking to learn about the world (or in this case, the universe) and its history.

Who Are You Again?

Character building in Starfinder is very similar to Pathfinder, but not quite the same. It’s not just a matter of introducing new races and classes; the system itself has undergone a few tweaks as well, and I have to say that I quite like them.

In addition to race and class, you are also instructed to pick a theme for your character. Themes are a bit like Archetypes from Pathfinder, but not bound to a specific class (and, in fact, Starfinder also has Archetypes of its own). These themes range from Mercenary, to Icon (celebrity), to Priest, and everything in between - or, if you prefer to make your own way, Themeless is also an option. Each theme, including Themeless, gives your character four theme-specific feats (special abilities or skills that your character has): one each at level 1, 6, 12, and 18. For example, the Ace Pilot theme provides feats that make your character much more effective onboard a starship, both in and out of combat.

Hit Points (HP) work a little differently now, and are joined by a new stat called Stamina. Stamina points are lost before HP and are easier to get back, so they can be thought of as similar to Temporary Hit Points from Pathfinder. Both HP and Stamina are calculated a bit differently, too. There’s no such thing as a Hit Die in Starfinder. Rather, your HP and Stamina are flat values determined by your race and class.

For example, let’s say that for some godsforsaken reason I choose to play a Ysoki Soldier. We’ll call him Jubjub. 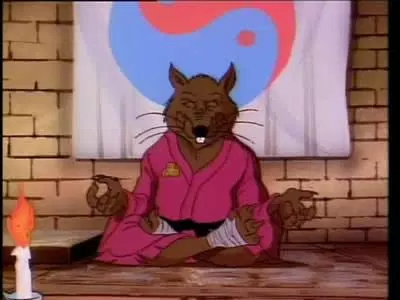 Above: totally legit picture of Jubjub

The Ysoki, also called the ratfolk, are Small creatures who are pretty similar to Gnomes. They start with 2 HP. I then apply the Soldier class template, which gives me an additional 7 HP and 7 Stamina. Now I’ve got a total of 9 HP and 7 Stamina.

Starfinder uses the same Ability Score system as Pathfinder, so anyone who’s played Pathfinder will already know the deal here. The Core Rulebook offers the usual three methods for choosing scores: point buy, a premade array, or rolling for them, followed by applying any bonuses or penalties for race and - here’s the tweak - Theme. For Jubjub, I’ll keep things simple and use the Focused array: 18, 14, 11, 10, 10, 10 I want a frontline fighter, so I’ll put the highest scores into STR and CON.

Now I have to apply the changes from Jubjub’s race - Ysoki - and theme. Just to keep things interesting, I’ll choose Priest for his theme. Ysoki get a +2 bonus to DEX and INT, and a -2 penalty to STR. Priest gives a +1 bonus to WIS. Therefore, Jubjub’s final ability scores are:

And there’s the bare bones of my ratfolk warpriest Jubjub. All that’s left is to distribute his skill points and get him some appropriate equipment, and then he’ll be ready to explore the stars. The equipment section looks complicated, to say the least, but rest assured that at level 1 you’ll just have some shoddy armor and probably either a gun or a sword. You’ll have plenty of time to learn your way around modifications, enchantments, and so on. 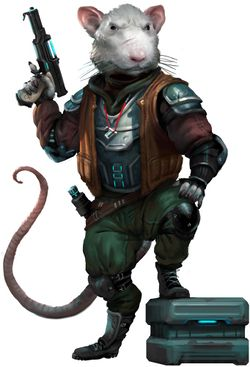 My favorite thing about the Ysoki are their cheek pouches. I’ve decided that Jubjub carries his holy symbol in one, and a last-resort grenade in the other.

To sum up character creation: it’s very similar to Pathfinder, but not identical. Skill and feat progression are largely the same as in Pathfinder and, indeed, many of the skills and feats themselves are the same, although some have been changed to better suit the new setting. Overall, it comes together as a surprisingly fresh take on a familiar favorite.

There are, unfortunately, some pretty serious problems with skills when it comes to starship combat, namely with how the DC checks scale with ship level. I’ll get into greater detail in next week’s article; suffice it to say that, with rules as written, you’re actually less likely to succeed at the checks as you level up. The good news is that the devs are aware of the issue, and have promised to address it.

Remember: what doesn't kill you makes you stronger.

Having your race affect your HP as well as your stats is a nice bit of flavor, though it won’t make too much difference in the long run - from level 2 onwards your HP gains are determined only by class. That, plus your stamina pool (also determined by class) means that little Jubjub won’t be much flimsier than a soldier of any other race.

Having a theme to bolster a stat at level 1, as well as provide some more character flavor through feats, is another good addition. That one extra ability point is offset during leveling, as characters in Starfinder can increase an ability score every five levels instead of every four like in Pathfinder. Overall, it allows for a more flavorful and slightly stronger start to a character, while still balancing out with Pathfinder’s system by level four - more on converting one system to the other in next week’s article.

This has been part one of my two part deep-dive into the Starfinder Core Rulebook. Well, more of a slightly-less-shallow dive. Seriously, there is a lot in this book.

Next week I will be taking a closer look at starships - both building and using them - as well as how Pathfinder converts to Starfinder and vice-versa. Until then, may the Force Triune be with you.