Launch Your Kingdom To Victory 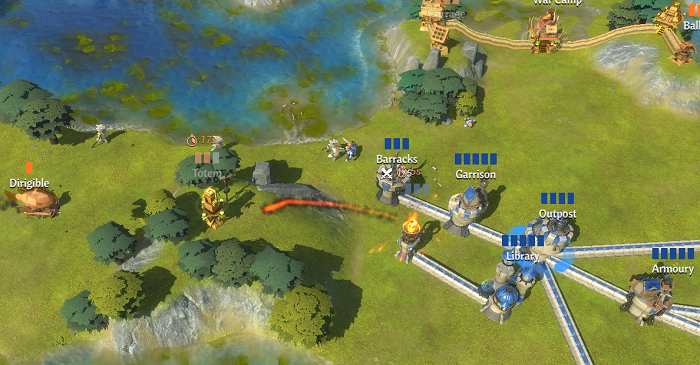 Siegecraft Commander is hard to classify. It’s technically a Real-Time Strategy (RTS) game like Warcraft or Red Alert, but it’s got a hefty dose of mechanics you typically see in mobile games. You see, everything from building to attacking to… well, that’s actually all you do, technically. Everything you control is done by launching your item of choice from a catapult.

That's right: your main method of attack is by launching absolutely everything you can at them. Take command of an army of human knights or lizardmen and wage a strange, catapult-based war against your enemies. Build outposts, barracks, and odder things like the Tesla Tower, all by launching them from your base in the form of giant spiky balls. Your minions march forth from buildings that you have tossed into the enemy ranks. Bombard your enemies with TNT barrels and siege weapons, push forward into their territory, and take down their whole base in a massive chain reaction of destruction. That’s Siegecraft Commander. 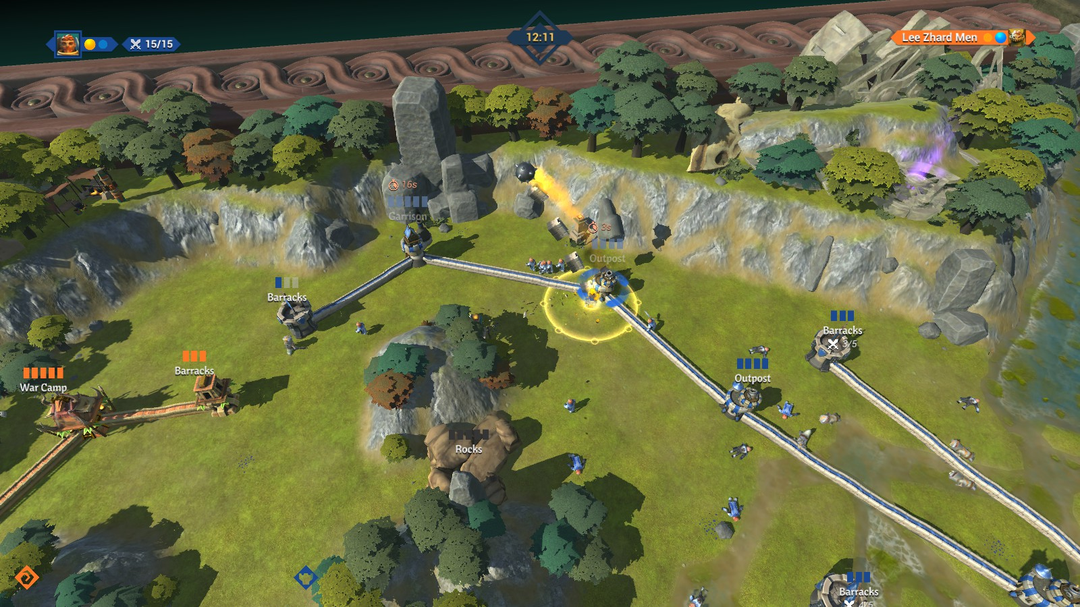 In this screenshot, you can see me building an outpost. See that black ball in the air? That's the outpost.

The Good: A Silly Take On Traditional RTS Games, With Lots Of Interesting Ideas

Siegecraft Commander is not like other RTS games, even setting aside the catapult mechanic. It’s a lot faster paced than most, with less time for building up your forces and more of a focus on reacting to the situation. You don’t win by building up an overwhelming force or sneakily hitting your enemy’s weak points, it’s more of a war of attrition as both sides try to destroy enemy buildings and then claim the territory before they can be replaced.

You can expand your base extremely quickly, compared to games like Warcraft or Starcraft. You do have individual units, but they are spawned from buildings that you toss, rather than 'ordered' with resources. In fact, there are no costs for most buildings, and they are constructed almost instantly, assuming that you land your shot on a place that can support one. The buildings are connected by indestructible walls, which allows you to create mazes and blockades that your enemies will have a hard time getting through. 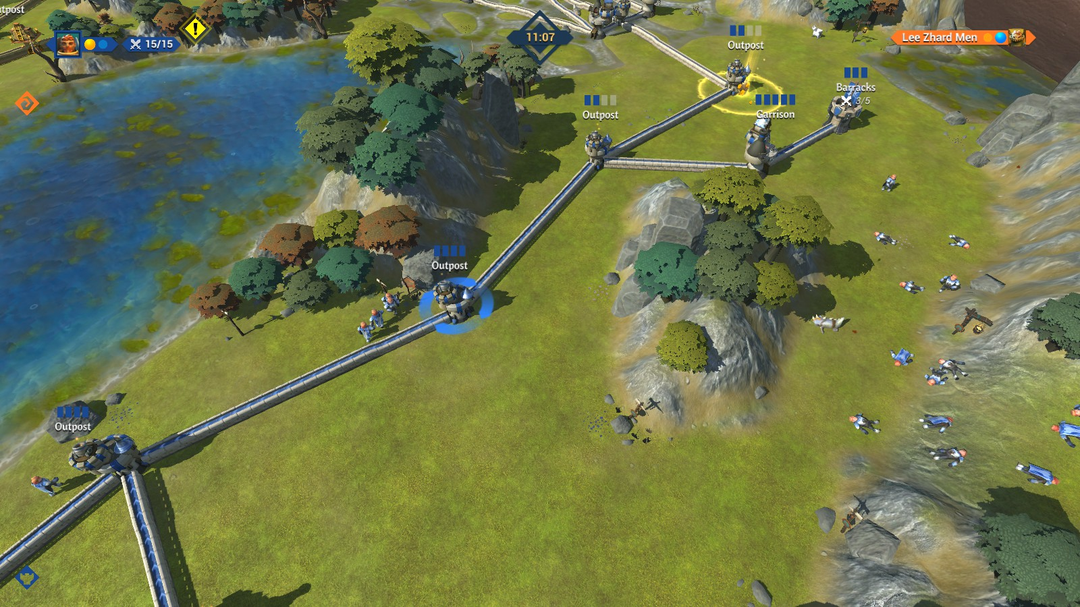 And we'll make the lizardmen pay for it!

On the other hand, bases are also very easy to destroy. There’s a sort of hierarchy in the buildings. Your Keep is your main building - lose that, and it’s Game Over. Then you have Outposts, which are used to expand your territory and are the first step toward other buildings. From there you can build other things like a Library or a Garrison, each of which gives access to a few buildings of its own. Destroying one building will create a chain reaction that destroys any buildings that it created. For instance, if I have an Outpost make a Garrison, and that Garrison makes a Barracks, but then something destroys the Outpost, I lose all three buildings.

Overall, it makes for a fast and frenetic take on traditional RTS games. You need to keep a close eye on things and be prepared to spam ballistae, mortars, and TNT barrels when needed. You also need to make sure that you’re ready to move your own buildings into any territory you clear out, because you’ll only have a few seconds before the enemy has a new structure there. This game isn't meant for slow strategizing, but instead about making the most of your individual catapult strikes. It feels good when you land the next part of your base right where it's supposed to be. 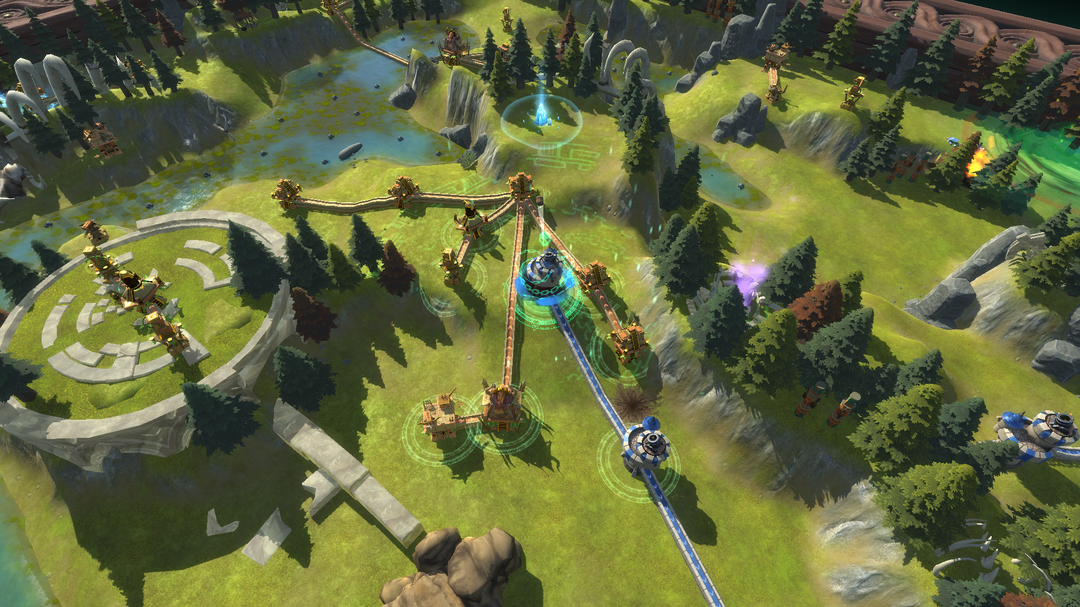 Plus, it’s immensely satisfying to take down a key enemy building and watch half of their base explode all at once.

The Nitpicks: Not Your Epic Fantasy

Siegecraft Commander is not deep by any means. There are no intricate strategies to pull off, no secret maneuvers to plan, and no Zerg rushes to take advantage of an unprepared enemy. Despite technically being a strategy game, it’s really more about spamming your best buildings and keeping up the pressure on your opponent. Although I do have this under the “bad” section of the article, it’s not really a bad thing so much as just something to be aware of before buying. It’s just Siegecraft Commander being Siegecraft Commander.

The graphics and sound do leave a bit to be desired, although they are perfectly servicable. They wouldn’t be out of place in a much older game, perhaps on par with Warcraft III. The cartoony style lends to the overall silliness of the game, but detracts a bit from the intensity of it all when you’re locked in combat. 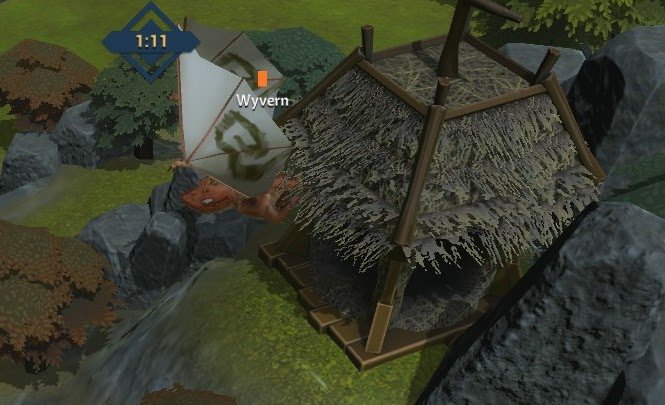 It's hard to be afraid of a wyvern that looks like a baby gronckle.

Also, the characters and story are a little less than inspiring. You’ve got your incompetent commander, your exasperated but obedient underling, and your bungling airship pilot, among others (note that so far I’ve only played the Human campaign, I can’t speak for the Lizardman characters). They’re not characters so much as caricatures, but I’m willing to let that slide since it’s hardly the point of the game. That would be like saying that Worms: Armageddon is a bad game because the characters in it aren’t relatable.

However, my biggest complaint is a mechanical one. You’ll quickly realize that each building behaves a little differently when thrown, and the range varies depending on what you’re putting down. An Outpost will not travel nearly as far as a Ballista, for example. It makes sense, given that different buildings undoubtedly have different weights, but there is no indication of that in-game. You have to resort to trial-and-error to figure out how far a building will travel, and when some of them have 30-second cooldowns, a missed shot can lose you a lot of ground. 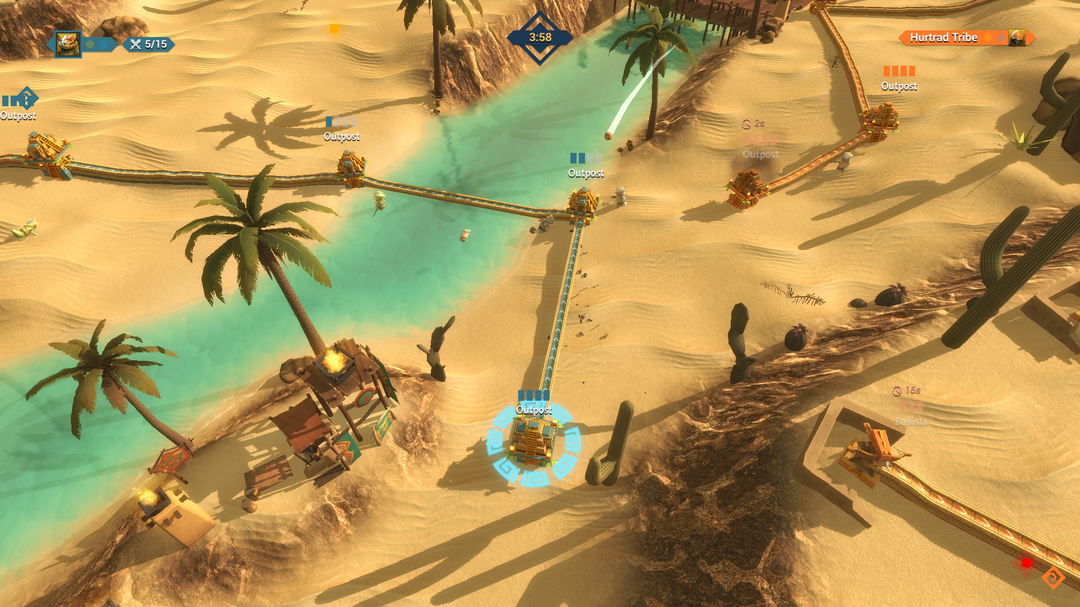 A casual RTS, and that’s not a bad thing

If you’re looking for a deep, complex strategy game with high stakes, then Siegecraft Commander is not for you. If you want a simplified, faster-paced, and rather silly RTS, then this is what you’re looking for. If there is such a thing as a casual beer-and-pretzels version of Starcraft, this is it. It's a unique take on the genre that's also the spiritual successor to the game Moonbase Commander, and so anyone who liked that game should look into this one.

Siegecraft Commander is a light, fun little game that manages to split the difference between real-time strategy and mindless time wasters like Angry Birds. I have to recommend trying this one out, if only because I haven’t seen anything quite like it before. With a price tag of $13.99 on Steam, it's a great game to add to your library at full price, or it's a great game to add your wishlist for when a sale comes down the line. Either way, Siegecraft Commander is certainly worth a look for something a little off the beaten path. 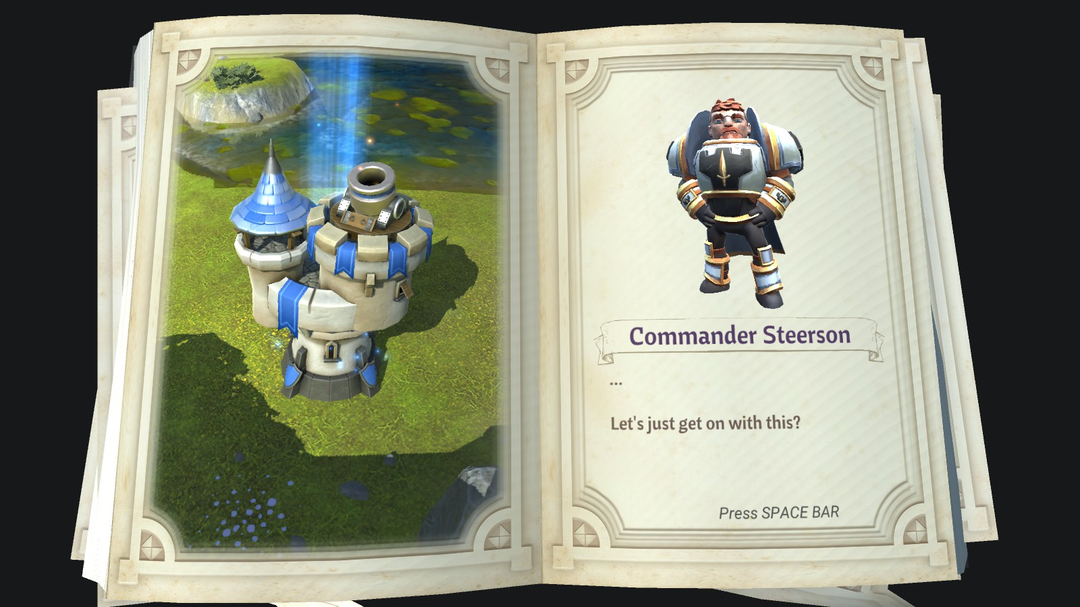 Has anyone out there played Moonbase Commander? I’d never heard of it and now I’m curious. Is there such a thing as a party RTS, where friends can get together with some drinks and play a light and fun strategy game? If not, could this fill that gaping void? Leave us a comment, or drop us a line on Facebook and let us know what you think!