A Faithful Recreation Of An Old Favorite 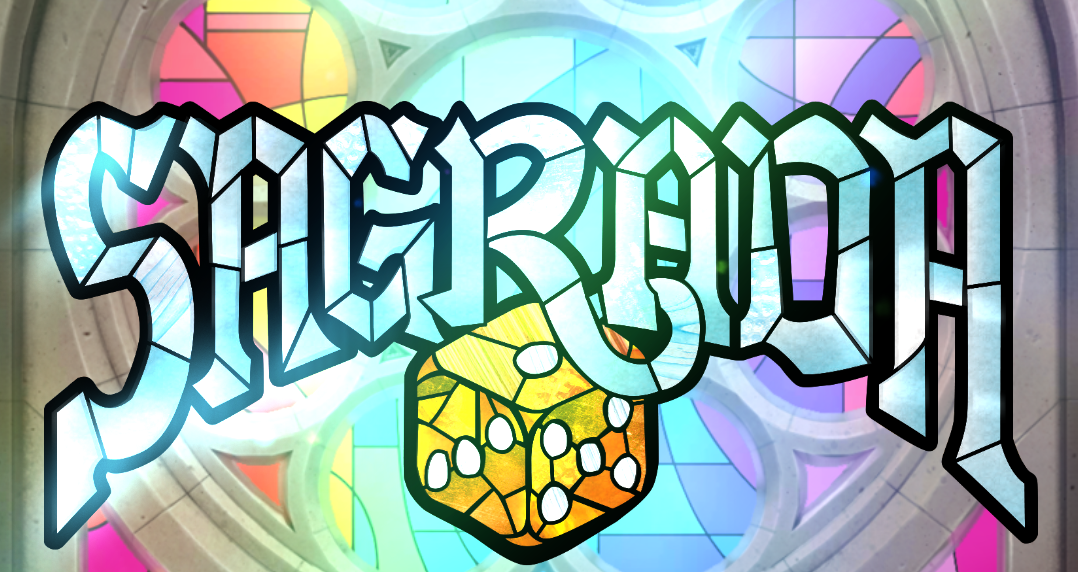 Social distancing hasn't done the board game community any favors. A hobby whose main appeal is the chance to play in person and with tactile pieces has been put on hold in a lot of ways, leaving us eagerly waiting for this virus to pass so that we can throw dice and deal cards face to face. Until then though, we do have a coping mechanism: the rise of many digital board games. They've improved greatly over the last few years, letting you stay in touch with friends and get your fix on. 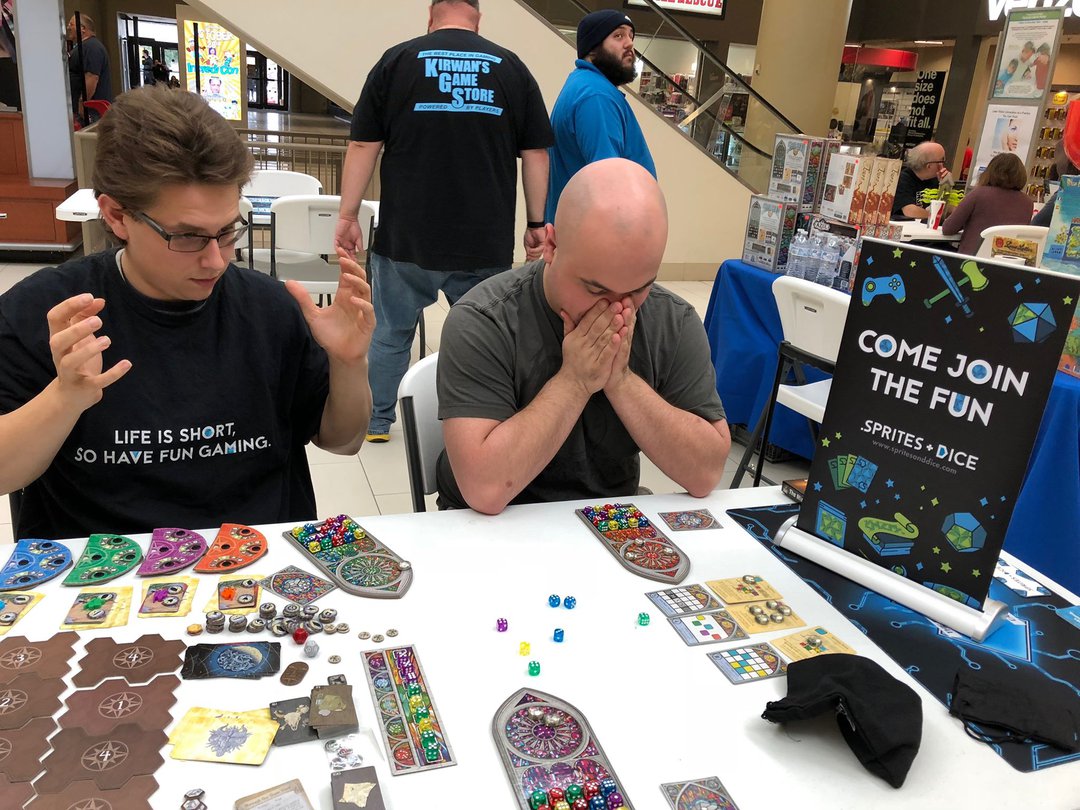 Sagrada was a game we covered a while ago, and one that we enjoyed quite a bit. Recently, Dire Wolf Digital has gone on a tear and remade a bunch of modern favorites so you can play them online, and when we found out this was one of them, it was a no brainer that we wanted to cover it. Does it have the magic to capture that window-making fun?

First Things First: What Is Sagrada?

Note: If you are already familiar with Sagrada, feel free to skip to the next section 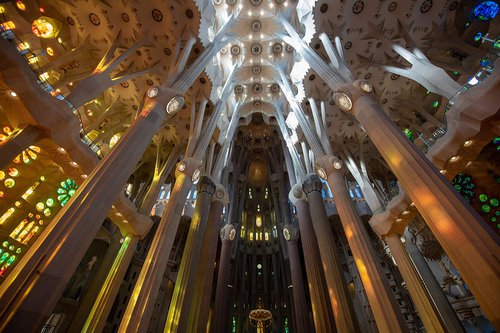 Sagrada is a popular dice-drafting game by Floodgate Games, inspired by the famous Basílica de la Sagrada Família (Basilica of the Sacred Family) in Barcelona. You each take on the role of an artist tasked with completing one of the magnificent stained glass windows in the Basilica, which you do by collecting dice of certain colors and numbers to fill in a predetermined grid.

There are, of course, rules to how you have to build your window. Many spaces on your board only allow certain colors or numbers, which you have to match in order to fill in your board. To make things more complicated, you can only place dice adjacent to a die that’s already in play, but you can’t have two of the same number or color next to each other. You have to take what you can get and plan ahead in order to complete your window. 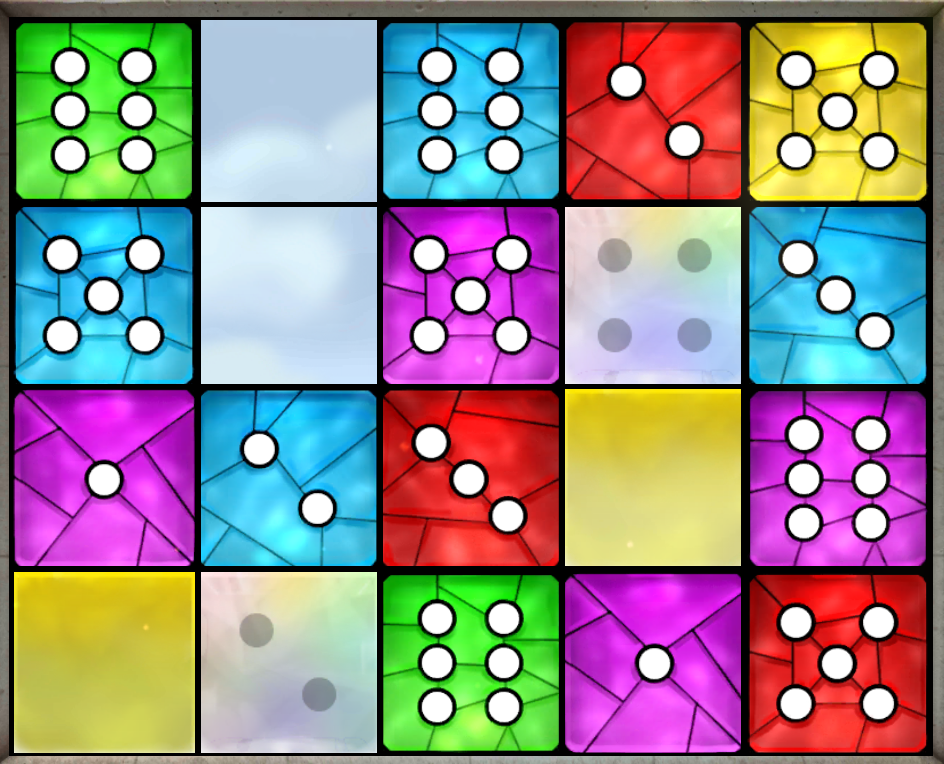 However, there’s more to Sagrada than just filling in a grid. Each game there are three randomly chosen goals that everyone shares, which give bonus points at the end of the game. These include things like filling in columns with all different colored dice, having certain numbers next to each other, or even just having all numbers 1-6 represented on your board. Each player also has a secret objective that the others will not see until the end of the game, but experienced players can suss out what their opponents are going for and try to block them. Each of these goals can be scored multiple times, which adds another layer to the planning that you have to do in order to maximize your points.

Finally, there are three tools available (also randomized each game) that let you affect the dice somehow. Some tools let you rearrange your board a little, some let you change the values of dice, and one even lets you re-roll all of the unclaimed dice. These tools, if used wisely, can get you out of a tight spot and might make the difference between winning and losing the game. 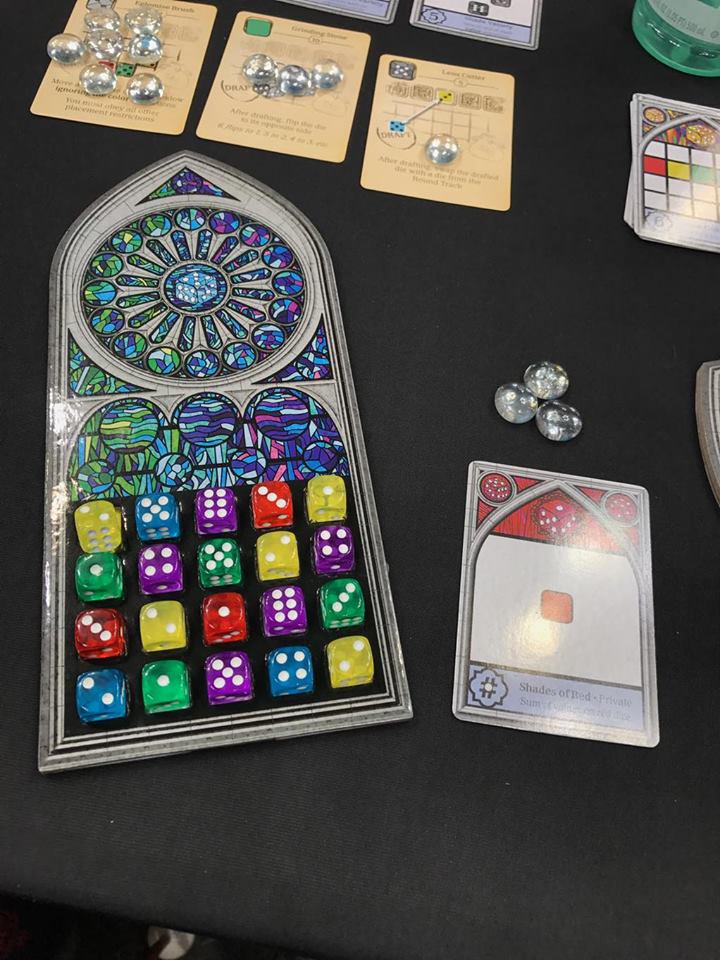 Scoring is based primarily on the goals that players scored. However, you’ll also lose points if you have any open spaces on your board at the end of the game. If you never pass on your turn your entire board will be full, but that’s harder to pull off than it sounds. Trust me: part of the fun of this game is watching yourself get closer and closer to pulling off some large point bonuses... but also watching your chances to accomplish that goal get harder and harder as well.

Overall, Sagrada is one of those games that’s easy to play but hard to play well. It’s no Twilight Imperium, but there is certainly some unexpected depth to what looks like a simple dice-drafting game. It’s lightweight yet fun, and is definitely deserving of the praise it’s earned over the years.

So How’s The App? 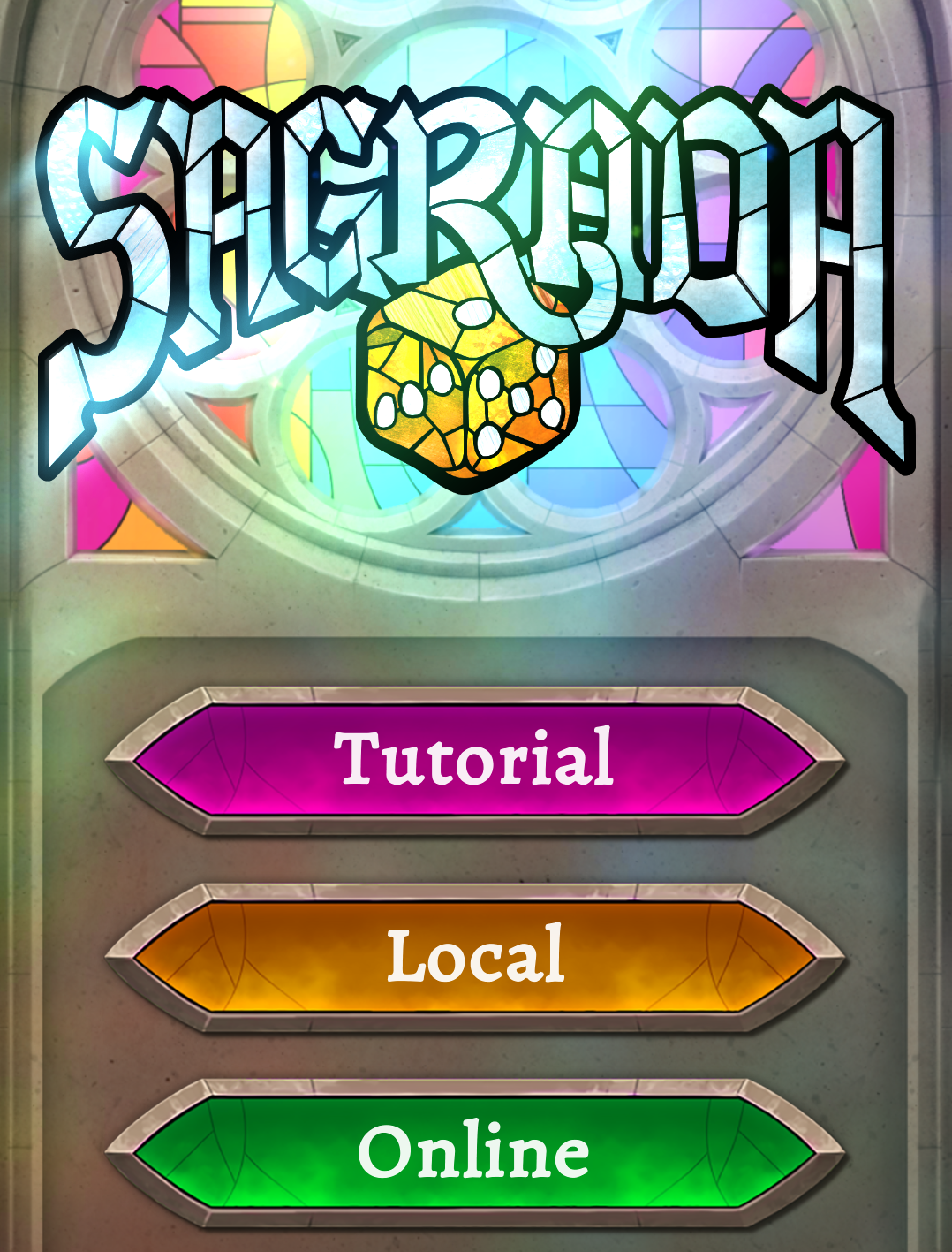 In a word: great. The Sagrada app is easy to use and comes with an optional tutorial to help you get the hang of things. The touch-and-drag controls are smooth and intuitive, and the automated scoring takes care of the most tedious part of the tabletop game.

You can play against up to three opponents, either human or AI. Playing against the AI is a great time-waster when you’ve got a few minutes to kill, but of course, playing against human opponents is where it really shines. You can play online against other people who have the app, and there’s a pass-and-play option that lets multiple people play using the same device. In short, it’s everything a good board game app should be.

If I have one tiny complaint, I’m not a huge fan of having to press an undo button rather than bringing my selected die back to my hand, or tapping a tool again to un-select it. That was the one thing I found not completely intuitive about the UI, but it’s a total nitpick. 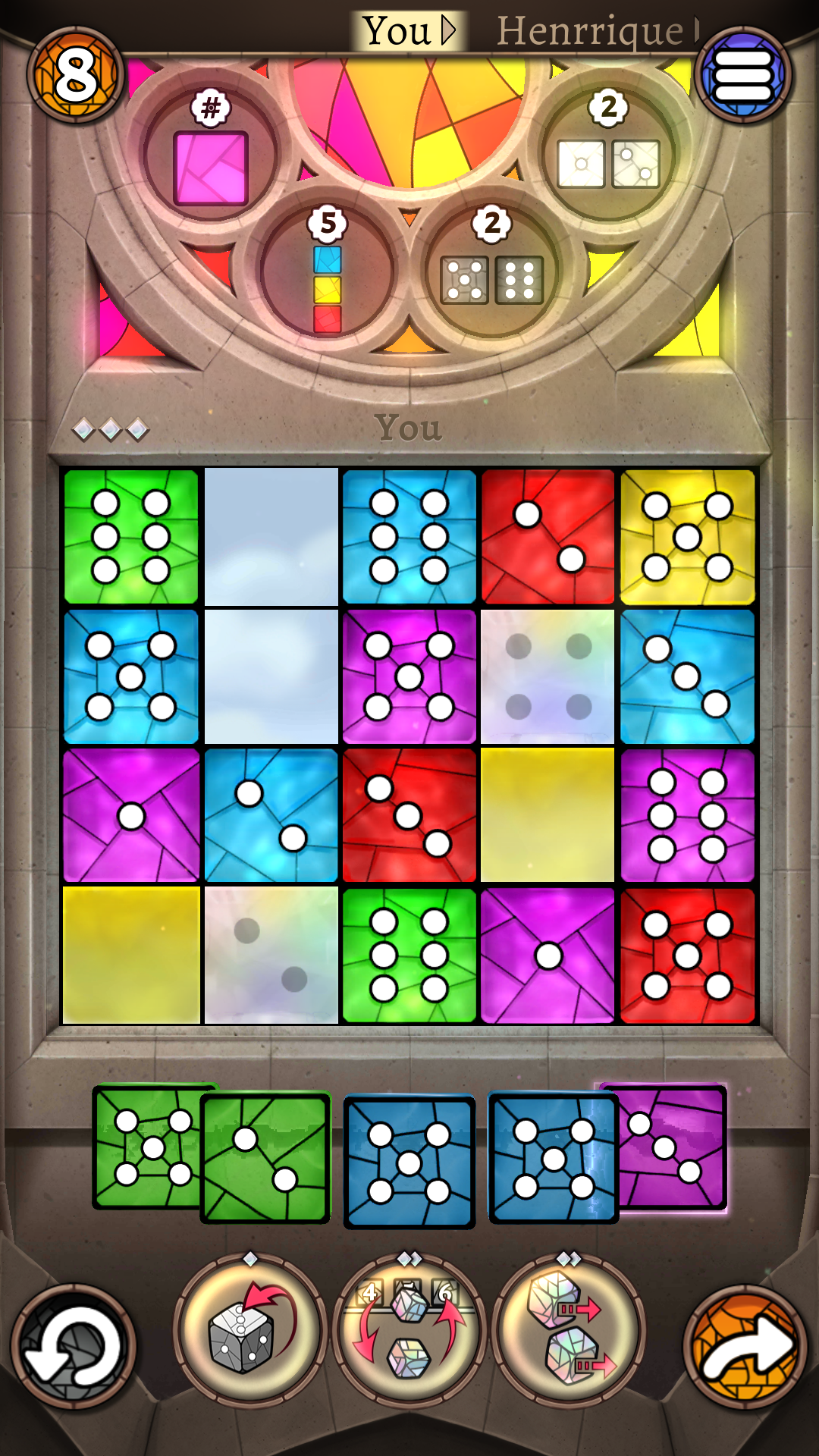 It's a clean and pretty app, with everything you need right in front of you.

Now, at this point I should mention that I’ve been playing the Android version of Sagrada. The iPhone version will be pretty much the same, and I’d recommend it equally highly; this is a game that is great to play on the go. For the life of me however, I can't imagine why you’d get this game on Steam. Not that there’s anything particularly wrong with that version, but it’s more expensive, less portable, and doesn’t come with any extra features. Steam's version looks a little prettier, and might be the easiest way to get you and all of your friends together on the same platform, but otherwise I can find absolutely no reason to recommend that version over the mobile apps.

Dire Wolf Does It Again 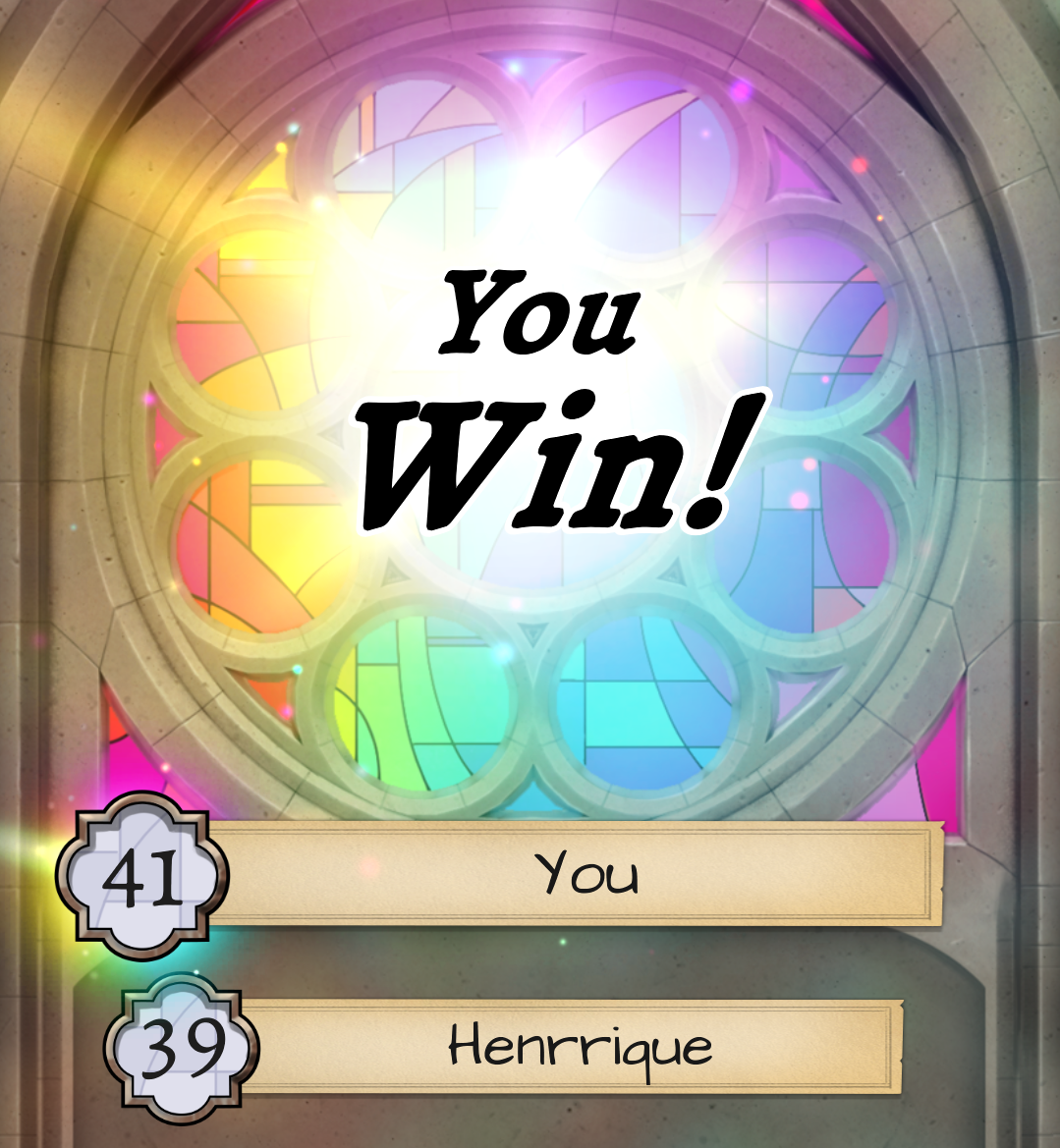 Dire Wolf Digital has built a well-deserved reputation for designing great digital remakes of beloved board games. Sagrada is no exception. The Steam version leaves me scratching my head a little, but nonetheless, I have nothing but praise for their work on Sagrada.

This is a smooth, intuitive, and gorgeous app, and at 7 bucks (or even 10) it’s a steal - the board game retails for around $30. If you’re looking for a new game to play with friends, or you’re a fan of the original Sagrada (the game, not the basilica) I highly recommend picking this one up.