Hack and Slash Through A Broken World

RWBY: Grimm Eclipse is a four player hack-and-slash set in the world of Remnant, and was made in part to be a new way for fans of the RWBY series to jump in and have fun themselves. It was originally developed independently by Jordan Scott, then later picked up by Rooster Teeth and became the first title officially developed by Rooster Teeth Games. An early access version was made available in December of 2015, and recently was fully released on July 5th, 2016.

In Grimm Eclipse, you take on the role of one of the four members of Team RWBY (pronounced “ruby”) and set out to find what is disrupting Beacon Academy’s security system. You fight against swarms of Grimm (the catch-all phrase for monsters in the RWBY Universe), but look for answers: who is behind all of this? How are they doing it? And why won’t Yang stop telling awful jokes? Can a game based on an animated series live up to the hype? 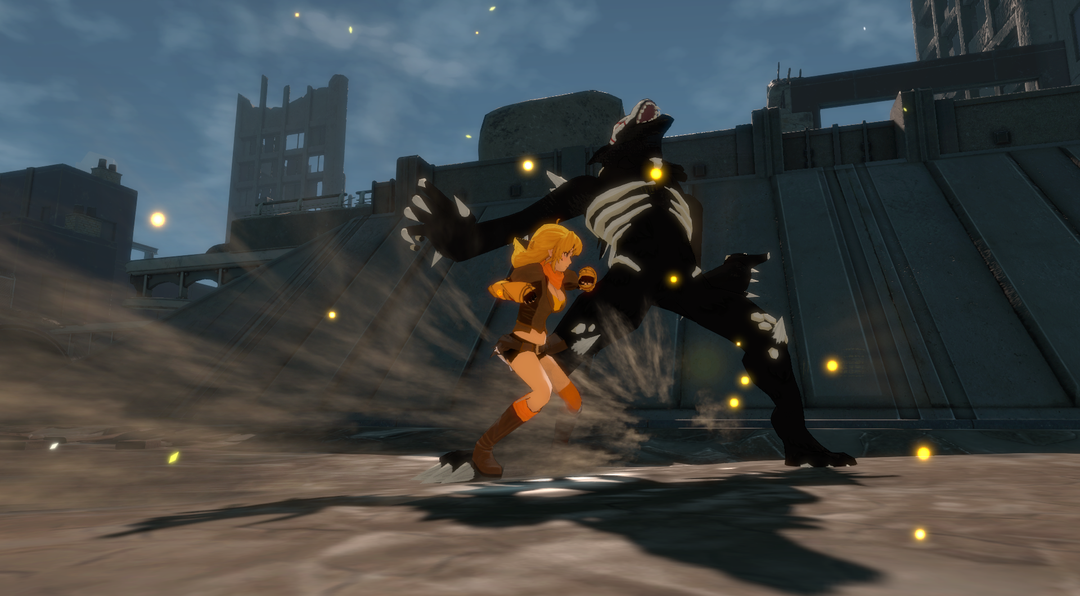 The Good: A Jewel That's Polished To A Shine

This game has gotten a lot of polish since the last time I talked about it. The lag issues are totally gone, which is a major plus. The graphics are much better than they were, and the art style really captures the show’s unique feel. Combat has also been revamped with the addition of heavy attacks, counters, and finishing moves, giving it a lot more depth. The fighting is quick and clean and flows smoothly throughout the game. It’s a simple system, but sometimes simple is best.

The four characters (Ruby, Weiss, Blake, and Yang) each have a distinct fighting style, allowing you to pick the one that suits you best. Grimm Eclipse also has a level up system that allows for a small degree of customisation. You’ll quickly realize that the level cap of ten doesn’t give you nearly enough points to purchase every skill in the game, so it’s up to you whether you want to focus on survival, brawling, long-range attacks, or what have you. It adds a small RPG, stat element to the immediate rush of combat that Grimm Eclipse is built on, and it doesn't detract from that fighting. 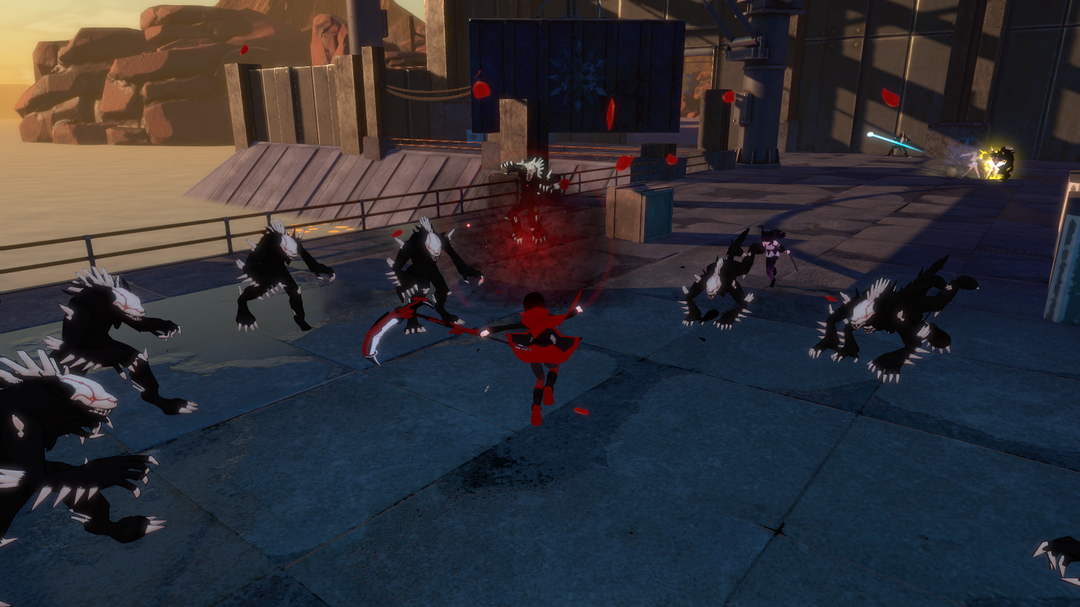 Combat is solid, and the art really helps the game find it's own style in a crowded hack-and-slash genre

Speaking of characters, the voice acting is all done by the actual voice actors. Aside from your team members shouting their one-liners throughout the game, you get running commentary and advice from Professors Port, Oobleck, and Ozpin. There is no game that can’t be improved by Dr. Oobleck’s coffee-fueled ranting. In all seriousness, it's nice to see that this game doesn't feel like a throwaway attempt to make money off the series, but instead adds lore and character to what's happening.

In welcome news, they’ve also ironed out the matchmaking for finding co-op allies online. You can now choose your preferred difficulty and which level you’d like to play, and the game will find people to play with you.

The Bad: The Jewel Is Small And Cracked

I have to admit that I was disappointed by a few things about the final release. For one thing, Grimm Eclipse is very short; the campaign only takes about 2-3 hours to finish, and the story leaves a bit to be desired. Remnant is a rich world with a long and colorful history, and all of that just becomes simple scenery for your battles against the Grimm. We do end up getting a bit of background lore, and tidbits of interesting detail are sprinkled throughout, but nothing earth-shaking comes out of the plot. I was hoping for something with a bit more gravitas, or some new angle to help me enjoy the world a little bit more. Instead, it feels shallow in comparison to what could have been.

I would have also liked to see some more playable characters. RWBY (the show) has so many great personalities and weapons that it seems a shame to only put these four into the game. We could always hold out hope for more characters to be added in a later patch or an expansion, but I interviewed a Rooster Teeth representative at PAX East and that certainly didn’t sound promising. The content that is here is good, but I was left wanting more continuously. A little more lore here, a little bit more dialogue there... a little more involved plot or length to the game would help tons. 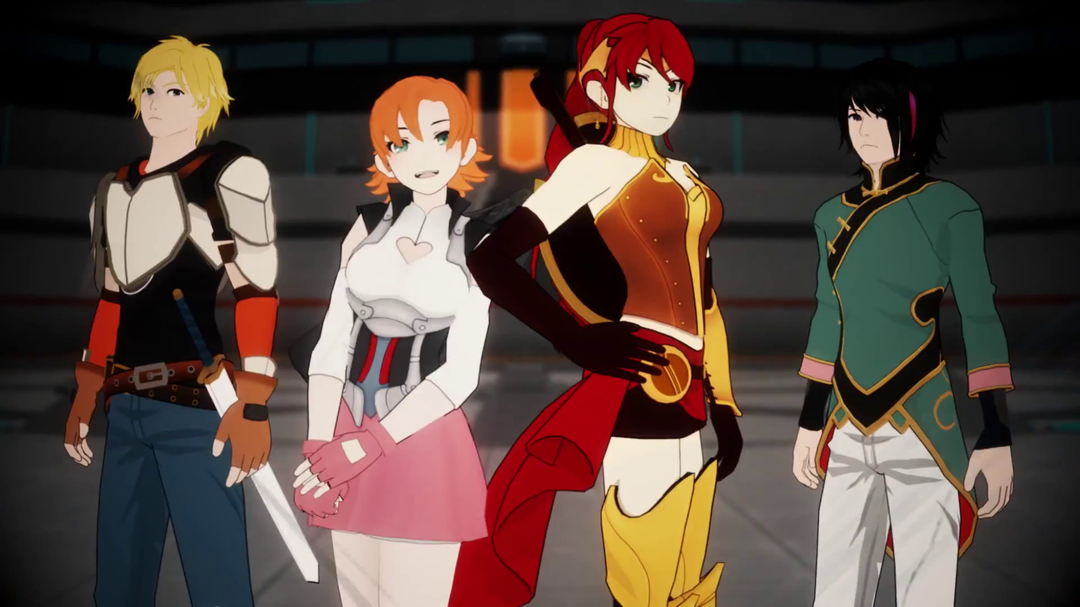 Rooster Teeth, if you're reading this, please let us play as these dorks!

The Final Word: A Party That Ends Too Soon

Grimm Eclipse has a good framework in terms of the combat and graphics, but I feel like Rooster Teeth could have done so much more with it. Truly, my hope for this game is that a good expansion will give us more playable characters and a longer, more immersive story. Just taken for what it is, Grimm Eclipse is a fast and fun game that’s great to play with friends, though maybe not worth its $25.00 price tag. If you are a massive fan of the series, the full price tag might be worth it up front; otherwise, stick this one on your wish list and wait for a good sale.