The Fast And The Furious

RWBY: Combat Ready is a card game from Rooster Teeth that lets you take on the role of one of the members of Team RWBY (pronounced “ruby”), or their friend Penny, and battle against villains from the RWBY web series. Rooster Teeth had a large display of Combat Ready at PAX and, as a fan of the series, I knew I had to check it out.

This is actually not the first time that RWBY has been turned into a game, but it’s definitely the most successful. 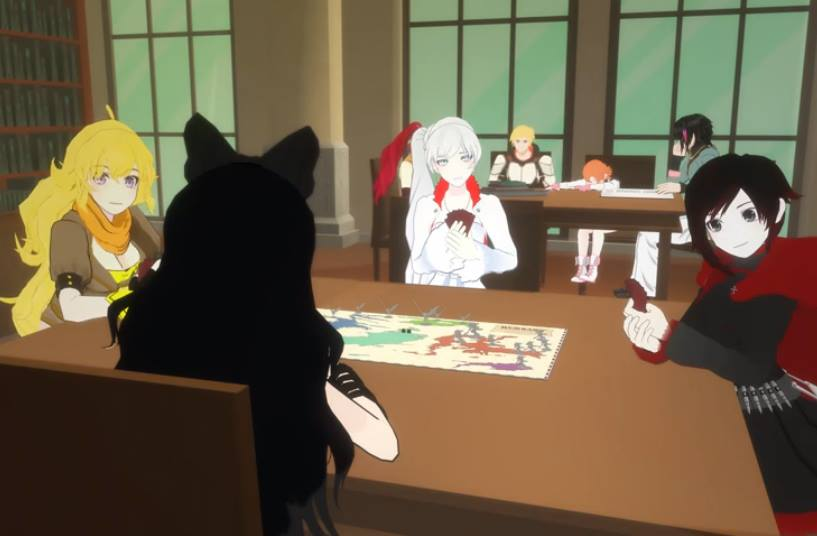 Totally legit picture of my gaming group trying this out.

A game of RWBY: Combat Ready is a series of short, intense duels against the chosen villain. One player at a time will take on the enemy directly while the others play supporting roles. The main player simply chooses one card per turn to attack the villain, while the sideline players can use Assist abilities, combo with the attacker, or go after Objectives - more on that later. The game ends when either the villain or your entire team is defeated.

While Combat Ready isn’t really a trick-taking game, it works sort of similarly. The actual combat is a lot like War. The villain will flip over one card each turn, then that card’s speed is compared against the card the player chose, and the faster attack lands. You calculate the damage and apply any other effects, then get ready to do it again. It’s a quick, snappy mechanic that suits the series well.

The card-flipping runs the risk of becoming repetitive, but Combat Ready has a few ways to keep things interesting. First of all, each villain has four visibly different types of cards: Aggressive, Balanced, Subtle, and Event. Aggressive cards are high-speed or high-damage attacks, so if you see one of those up next you’ll want to either use a quick attack or set up a defense. Balanced cards are hard to predict, as they can represent a wide variety of actions, but they’re not likely to be extremely fast. Subtle cards tend to be the slowest actions, but have some kind of unexpected twist. For example, Adam Taurus has a subtle action whose speed more than doubles if you try to counter it with a ranged attack. Since you start each duel with only six cards in hand, each round requires a careful choice based on what the villain is doing and what actions you have available.

From left to right: Aggressive, balanced, subtle, and event cards

Event cards are one of the scariest things to see. They represent some sort of powerup or special ability that will remain in play until you defeat the villain, and some of them are extremely powerful. They’re another sort of built-in escalation, and encourage you to finish the fight before the villain becomes too powerful to handle. These don't work like regular cards - if the villain's deck is showing an Event card, it is simply flipped over at the start of the round and you'll play against whatever card is under it.

Aside from the event cards, there are Fury tracks ensuring that the action keeps ramping up through each duel. The huntress moves up the Fury track based on how much damage she's dealt, while the villain moves up one space each turn. It gives various bonuses when certain spaces are reached, and unlocks Ultimate abilities. The duel ends when the huntress uses her Ultimate, the villain reaches the end of the Fury track, or the huntress gets bashed (or runs out of cards). Then, in between duels, you can use XP that you’ve earned to replace your cards with more powerful ones. What might have been a simple flip, calculate, rinse and repeat ends up as a tense struggle to stay ahead of the villain and win before things get too out of hand.

However, where things get really interesting is actually when you’re on the sideline. While the main fighter can only battle with the villain, sideline players get a number of options each round. You can always support the person on the front line, but each battle also has a number of objectives that sideline players can go after. These objectives are generally making things harder, and can be devastating if left alone. These objectives could be enemy minions, traps, or even sub-bosses like Emerald and Mercury. The good news here is that completing an objective will earn you a fair amount of XP to make the rest of the battle go more smoothly. 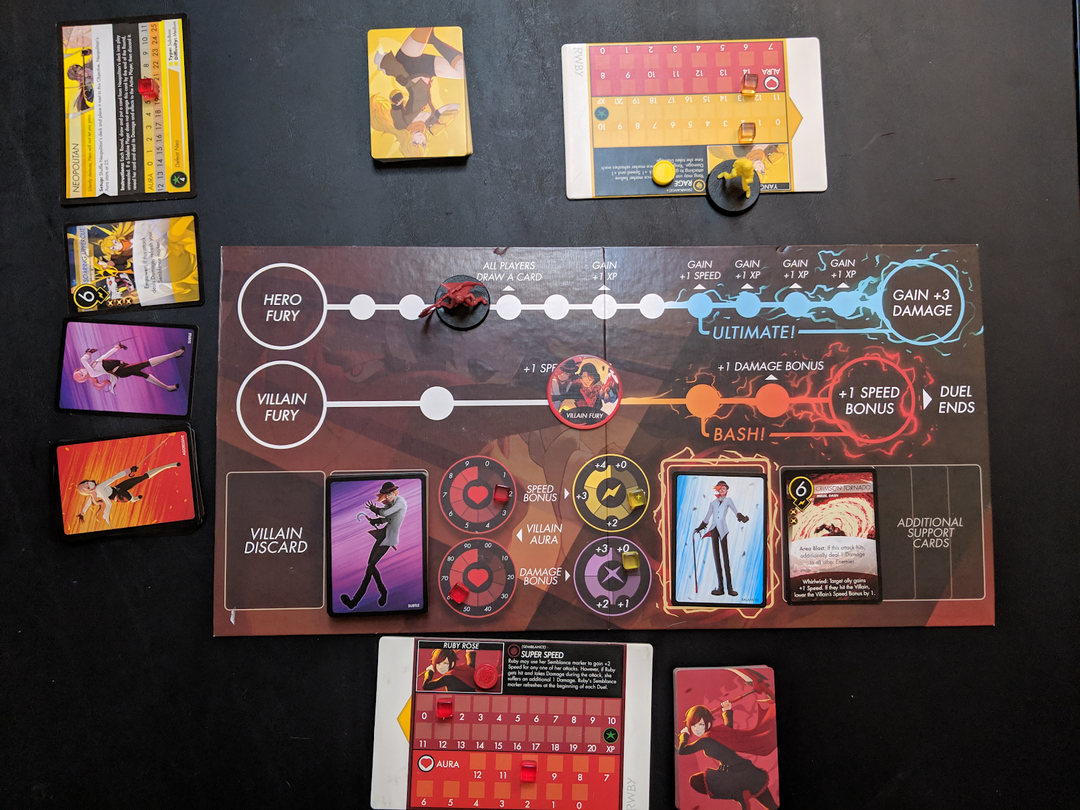 A game in progress. Ruby takes on Roman while Yang keeps Neopolitan busy.

RWBY (the show) thrives on exciting action and spectacle. It doesn’t seem like it would translate well into a board game, but Combat Ready manages to capture the essence of the high-speed battles in card flips. Once you’ve got a handle on the different mechanics, each round should take only a few seconds as you choose and resolve your cards, and the constant escalation within each duel keeps things tense.

The flavor in this game is already great, but one of my favorite things about Combat Ready is that you are able, and encouraged, to design your own battles from the ground up. The rulebook comes with a few suggested scenarios for each villain, but also encourages you to create your own stories using whatever combination of objectives you like. If you want to fight against the weakest villain and set up a silly encounter where his henchmen have kidnapped your pet dog, you can do that. If you want an all-out war against the strongest enemy, backed up elite henchmen, bandit camps, and a sub boss - first of all, why? But you can do that too. 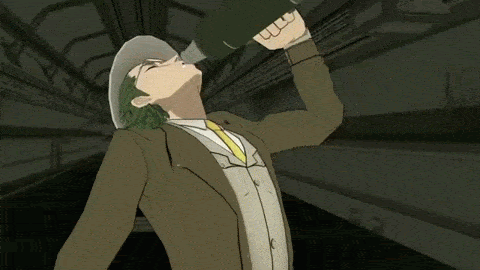 And once you rescue Zwei, you can do this.

To further tweak the experience, you can have your characters start with… uh, experience. One major issue my gaming group noticed was that you’re given a lot of upgrade cards, but most likely won’t be able to buy more than a few of them in a given game. The skills go up to Tier 4, but most of us weren’t even getting past Tier 2. That’s because Combat Ready was designed with a campaign in mind - you’re meant to play through multiple battles in a row. As a workaround for that problem, the rulebook suggests setting up a harder scenario and starting players off with a certain amount of XP, allowing them to buy upgrade cards before the battle begins. That simulates a more experienced huntress being thrown into a more difficult situation, and it lets you really see what your chosen character is capable of without having to commit to multiple games.

All of this is great, but there’s just one wrench in the works: The sheer number of things you have to keep track of each round. While the core gameplay loop is about as simple as it gets - play a card and the highest number wins - there are a lot of things behind the scenes that you need to remember to factor in. You have to resolve objectives, remember bonuses, check any active events, and keep an eye on both Fury tracks. It’s definitely not as complicated as, say, Spirit Island, but I’ve had the same wish that it could be automated - not because any one part of it is particularly difficult, but just because there are a lot of different things to keep track of. Combat Ready is meant to be a very fast and snappy game, and keeping tabs on all the different bonuses and effects can bog it down a bit. 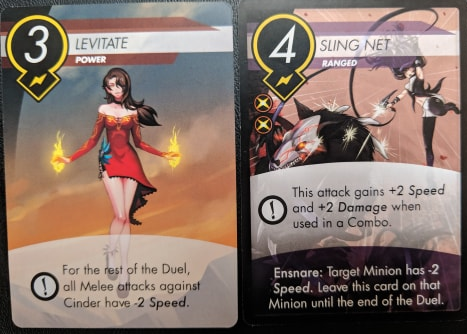 Blake going one-on-one with Cinder. They’re showing off a couple of card effects that will need to be factored in.

That one issue aside, I like RWBY: Combat Ready a lot. I think it’s great fun to play, the suggested scenarios are perfect for learning and experimenting with difficulty, and it’s customizable enough to keep tweaking and playing for a long time. It sounds strange, but somehow this board game has managed to capture the essence of RWBY more effectively than the video game did.

If you enjoy RWBY, I definitely recommend picking this one up. If you’re not a fan of the series then you aren’t going to fully appreciate the characters and references to the show, but that has little bearing on the gameplay. Still, you might be better off finding a friend who is a fan, and giving that person a nudge. You might not want to dish out the money for it yourself, but they’ll still need people to play with!

Edit: Article inititally stated incorrectly that Event cards were played like regular cards and provided an opening to attack. Article has been updated to reflect the correct use of Event cards.