Russian Subway Dogs is a detailed and powerful insight into life in Russia: a strange land of hungry animals, easily-startled people, and explosive vodka. You take on the role of a stray animal making its home in the Russian subways, traveling from station to station to bark at people and scare them into dropping their food. You can unlock new stations by collecting bones, which you get for completing tasks set out for you by the Proletaricat.

I’ve never visited Russia myself, but my understanding is that this game is 100% accurate. 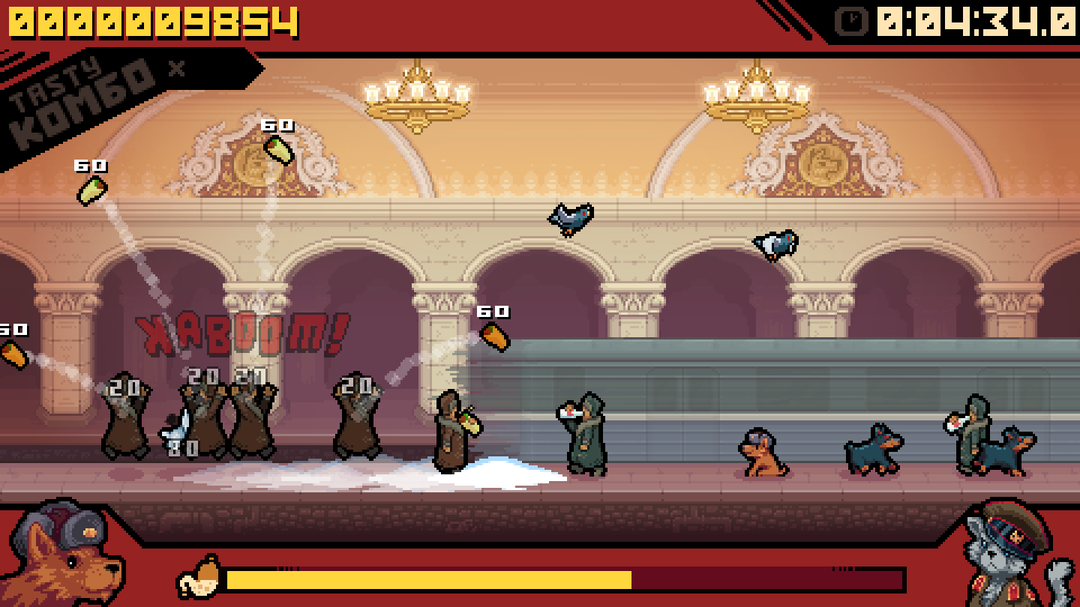 I am absolutely sure this goes on all the time.

Don't think about that last sentence too hard.

Russian Subway Dogs is something of a throwback to the old Flash games you’d see on Newgrounds, or to go even farther back, to arcade games. There are the barest bones of a story, each level lasts for just a few minutes, and you only have a couple of controls; you could play this game with an NES controller. Rather than worrying about massive production values or padding, Russian Subway Dogs relies on two things: a cutesy, instantly recognizable style, and frantic, chaotic action that constantly is on the screen. Trust me, this combination works.

The core gameplay is really simple: You run up behind a person with food. You bark. The person throws the food up into the air, and you eat it. If you eat enough food then you stay alive, if you don’t then you die. That’s it. Of course, it gets spiced up with other animals competing with you for the food, bottles of vodka that explode on impact, and a lot of other stuff. New elements are introduced one or two at a time to keep things fresh. Right as you get used to the latest addition, it throws another curveball at you - bears, for example.

Yes. Bears. In a subway. Don't think about this too hard either.

Such a basic game wouldn’t work if it didn’t feel good to play. Thankfully, Russian Subway Dogs has smooth controls and handles well. Your little dog runs quickly, jumps high, and turns on a dime. I haven’t noticed any major bugs, either. This is a great example of a simple idea that’s been polished to perfection; add on top of that a theme (along with some surprisingly fun music) that really hits home the ridiculousness and fun of what you are trying to accomplish, and you have some real potential here.

This may be my shortest review to date, but really, that’s appropriate for this game. Russian Subway Dogs doesn’t need a thousand-word review. It’s not complicated, it’s not ambitious, it is just very good at what it does. 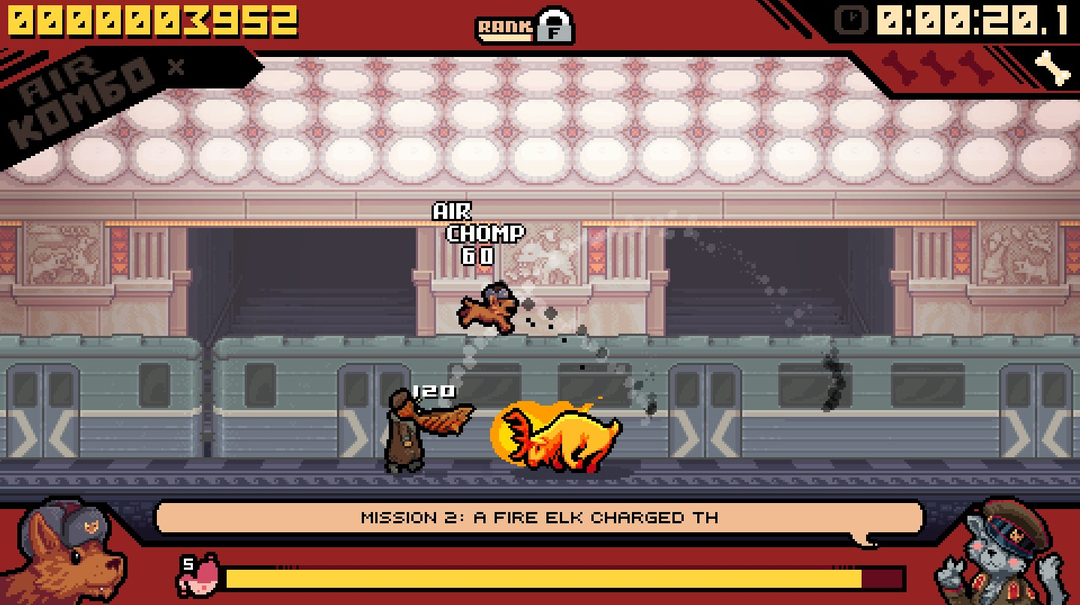 An elk runs into a babushka, causing her to drop her fish. Why is the elk on fire? Hot sauce, naturally!

The one thing I will add is that it’s a great game to have on the road with you. It’s low-impact enough that it works on even my cruddy travel laptop. It is available on PS Vita, if you’re one of the six people who still have one, but really I think it would be ideal for the Switch. According to Laughing Squid’s website they are currently looking into doing just that, but unfortunately we don’t have any confirmation yet.

That said, it’s not likely to be a game that you’ll spend hours and hours playing, and that brings me to my sticking point: The price. Is it worth $14.99 for a game, however silly and fun, that you’ll mostly pick up to play for 20 minutes here and there? That’s up to you of course, but I think that I would put it on my wish list and wait for the inevitable 66% off Steam sale. Of course, if you are one of those individuals that loves a challenge, and enjoys constantly testing just how many ways they can beat their high score, this game does that in a style like no other. 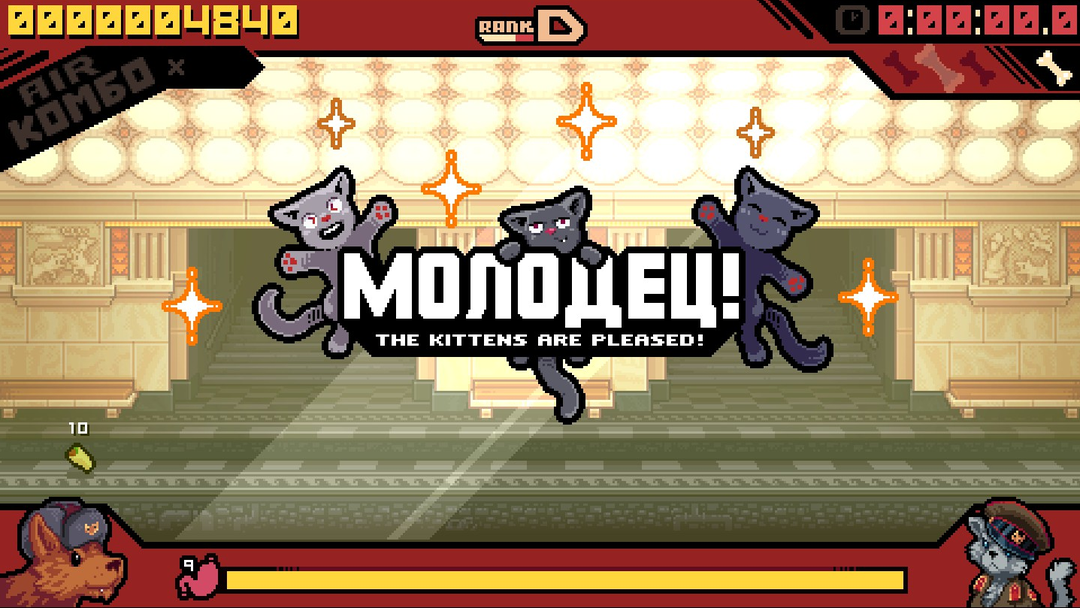 Now that I have the proletaricat's approval... my work here is done, just like it's done in Russia, I'm sure.