Review:
Root, A Woodland Game Of Might And Right

To Root Or Not To Root, That Is The Question 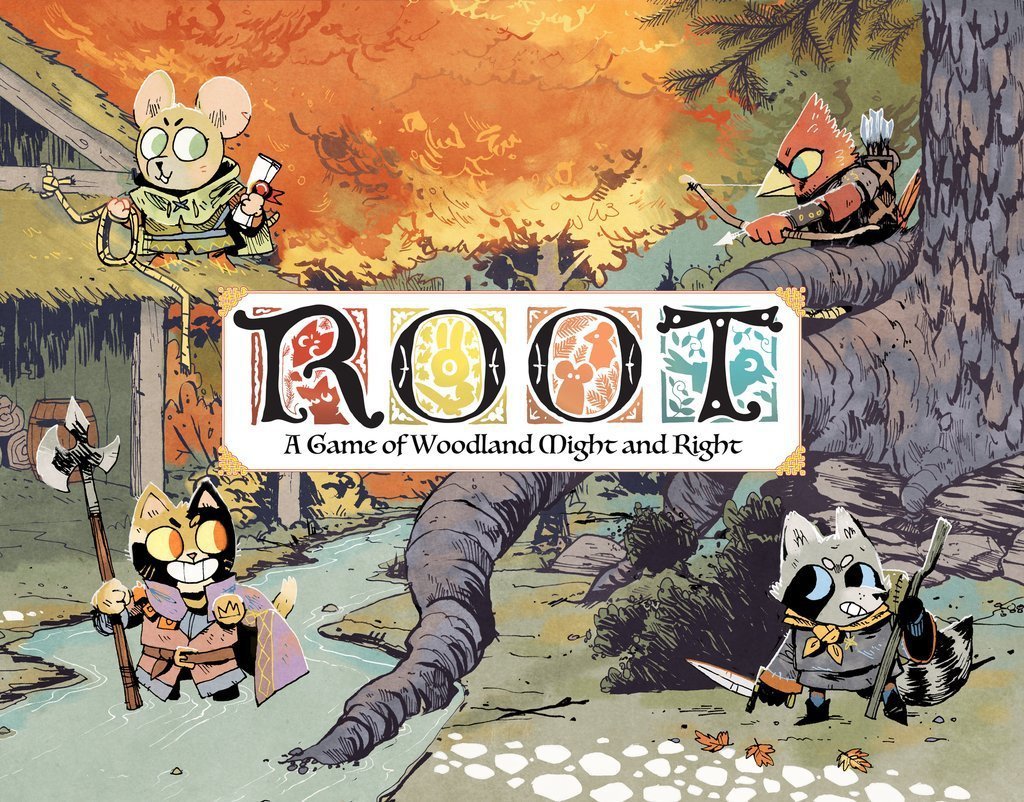 By this point, it’s safe to say that the release of Root has been a smashing success. Copies at GenCon were sold out at the Leder Games booth by noon each day, and Kickstarter backers (myself included) have been awash with positive comments regarding this asymmetrical woodland wargame. As we move towards the retail release of Root for all the eager buyers not fortunate enough to snag one in Indianapolis, I think I’m pretty safe in saying this game is a strong contender for Game of the Year 2018. And that’s due to one very important fact…

Gloomhaven came out in 2017, so new board games once again have a chance to win some accolades.

I'm joking, but only partly. I do believe Root has the potential to win things like the Dice Tower Awards in a major way; it fires on that many cylinders. Let’s have a look as to why. 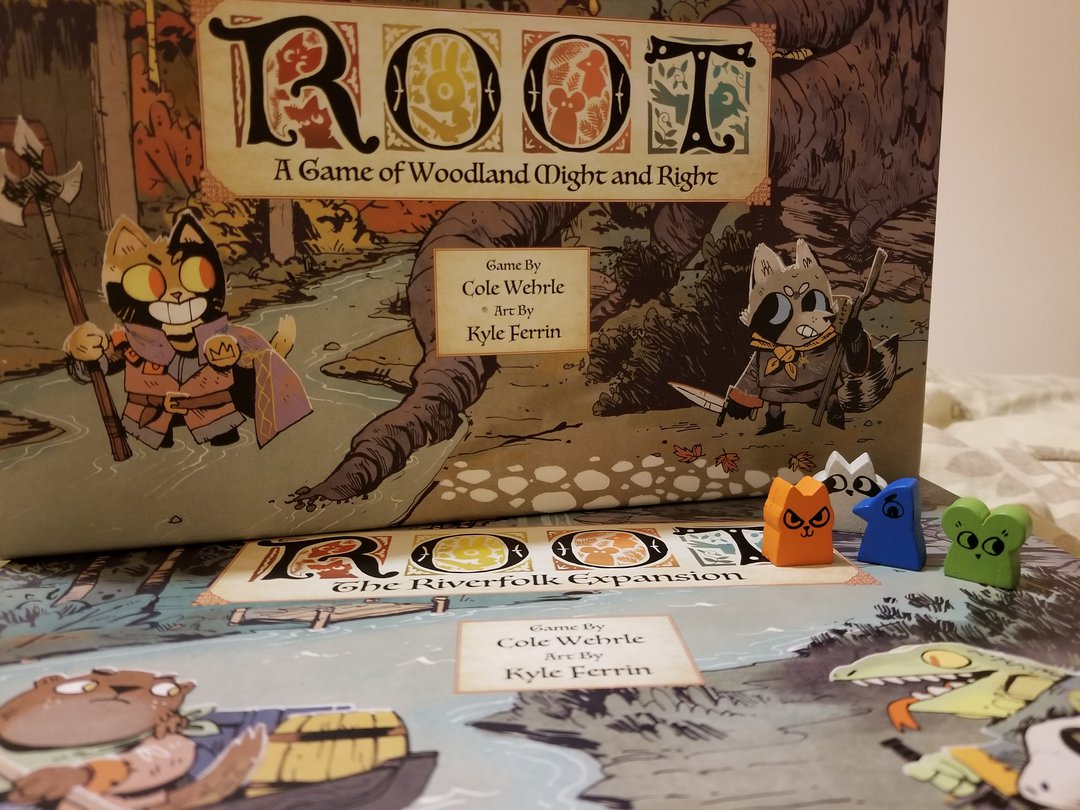 While I won't be talking about the expansion in this article, it'll let you know it contains Otters and a Lizard cult. It also works within the existing components, not adding unnecessary clunkiness!

A Storm Is Coming

If you missed my initial mentions of Root from PAX East and are just now emerging from a drowsy bout of summer fatigue (or winter hibernation if you’re in the southern hemisphere), this is essentially an asymmetrical wargame. Sort of. You see, it’s also something of a political simulation at the same time, exploring power dynamics and attitudes of the forest denizens as the balance of power shifts back and forth. The closest comparison I’ve heard is to something called COIN games (short for COunter INsurgency); these games are typically gritty and real world themed, exploring how political and military forces clash over various historical settings. They are fascinatingly educational and thought provoking, but they are also long, hard to learn, and the theme tends to put off many who aren’t already history and/or war buffs.

Enter Root: it's a game that plays in a respectable 75 minutes, is comparatively easy to learn, and features the DARNEDEST CUTEST ARTWORK THAT YOU WILL EVER FIND IN A WARGAME (serious props to Kyle Ferrin for bringing this world to life). It’s the whole COIN package with none of the excess weight. 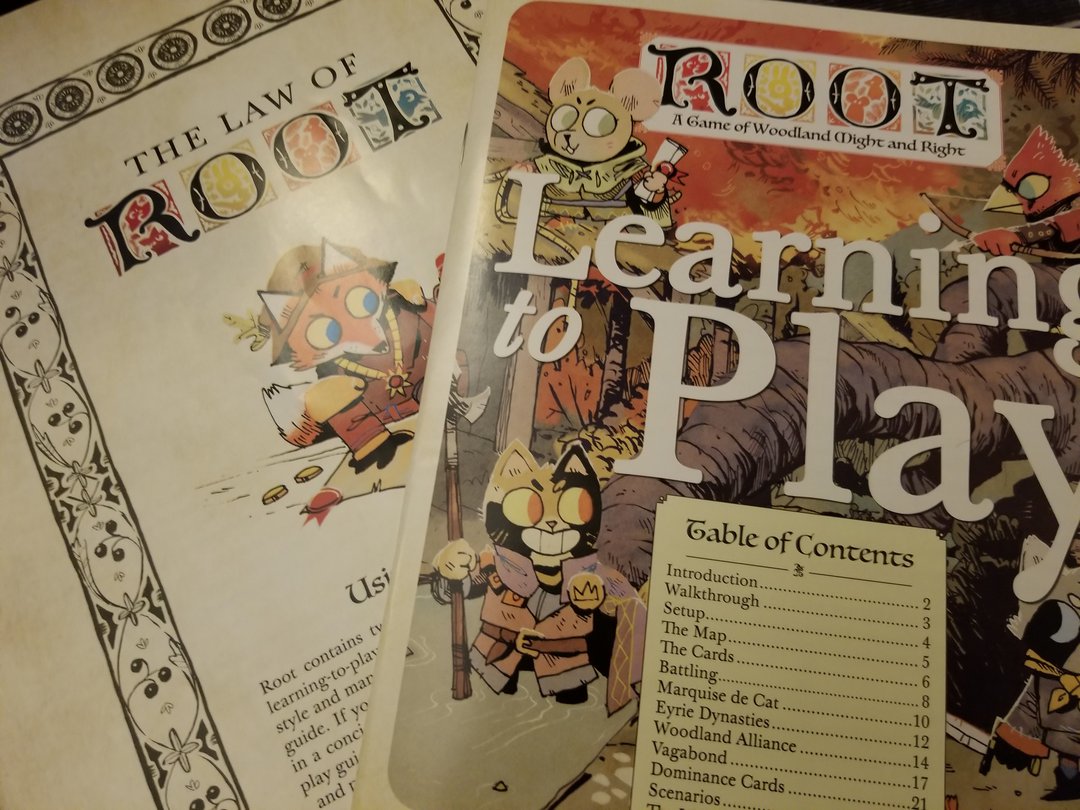 The game conveniently comes with a simple "learning to play" booklet to get started quickly, as well as a complete rules reference that is very user friendly to check mid-game.

The trademark appeal of Root lies in that asymmetry I mentioned. We’re not talking slight bonuses in subtle ways for each faction; each group of woodland creatures plays wildly differently from the next. The Marquise de Cat starts off controlling pretty much everything, and they aim to develop the forest with industry and buildings. They also have the largest supply of warriors. The Eyrie Dynasties, the birds and deposed rulers of the forest, are on the march to take back what they believe is theirs; they get the overall strongest military... at the cost of their government sometimes imploding as leaders challenge each other internally for power. The Woodland Alliance, represented by a coalition of bunnies, mice, and foxes, believes the forest should be free. They work to rally the people against the mustering armies, biding their time in secret until a full-blown rebellion is incited. And the Vagabond, a lone wanderer (by default represented as a raccoon), seeks to fulfill his own goals through a combination of special quests, exploration, and aiding/hindering the other factions. How you choose to play and what your actions represent to those living in the forest, change depending on which player board you’re sitting behind.

After a brief rules rundown, every group I have taught has lost themselves in their faction. Perhaps the Marquise finds herself falling back, sacrificing valuable lumber mills to a guerilla attack from a recently revealed Alliance base. Meanwhile, the Eyrie sweep in on one flank of the forest with a massive force, only to be halted by an equally large contingent of cats. That battle will rage for at least a couple of turns. The Vagabond, in the mean time, has just emerged from the forest to repair an old shed belonging to some villagers. She seems amicable for now, but if she chooses to start picking off warriors behind the main battle lines, she could cause a lot of damage. The Marquise crafts an item, hoping to entice the favor of the Vagabond, and shores up their lines with newly recruited cats marching to reinforce two valuable clearings. All the while, the Eyrie is wondering when the next Alliance revolt will take place, putting yet another base on the map, and if their own forces or those of the Marquise will be lost in the uprising. The forest teeters on the edge of a blade. 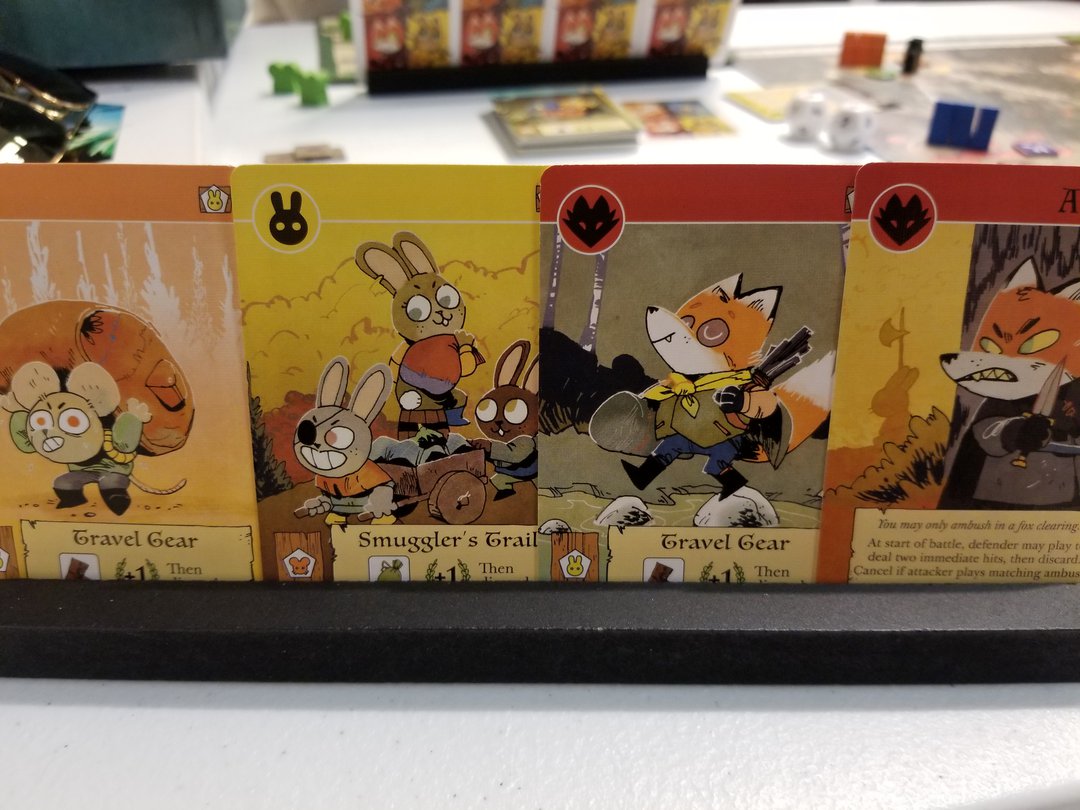 I don't think I'm ever going to stop being enchanted by the look of this game.

Thoughtful To The Last

If you haven’t checked out the designer, Cole Wehrle, you should. There’s a very cool set of developer diaries on BoardGameGeek written during the creation of Root; they shine light on just how deliberate and purposeful every single decision was behind the making and balancing of this game. There’s a reason, as I mentioned in my earlier article, that Vast: The Crystal Caverns, another asymmetrical affair by Leder Games, is so much harder to grasp than Root. In that game, players not only have to manage separate mechanics and play, but they also share few resources and have individual win conditions. By comparison, Root sees all players sharing a common resource deck (the cards representing the forest inhabitants) and all working towards 30 victory points (or an alternative condition, linked to the aforementioned cards). All the factions follow similar rules for combat and movement, and aside from a unique way each faction can earn victory points, all factions share the ability to score off crafting items and destroying each other’s tokens.

Theme and mechanics blend into the perfect cocktail of fluffy conflict as players start ascribing personal stories to their actions. The Marquise marches a contingent of warriors into a village clearing sympathetic to the Woodland Alliance who have already been through these parts. For moving troops into a sympathetic area, the Marquise player gives the Alliance a card from their hand which is added to a special resource pile on the Alliance’s player board. The people are angry about troop movement through their home, and they will work even harder now against the Marquise. Across the board, the Eyrie has taken note of the growing influence of the Woodland Alliance. They’d like to launch an early assault against a nearby Marquise recruiting post, but travel through Alliance sympathetic territory is hampering them as well. The Eyrie decides to stamp out the spies in their clearings, removing sympathy tokens from the board, and they garrison troops in each clearing, making it harder for that influence to spread back in. However, for being so harsh on the population in removing those tokens, they also give the Alliance player cards from their hand. As the two dominant armies flex their muscles, unrest and faith in the Alliance only grows stronger. 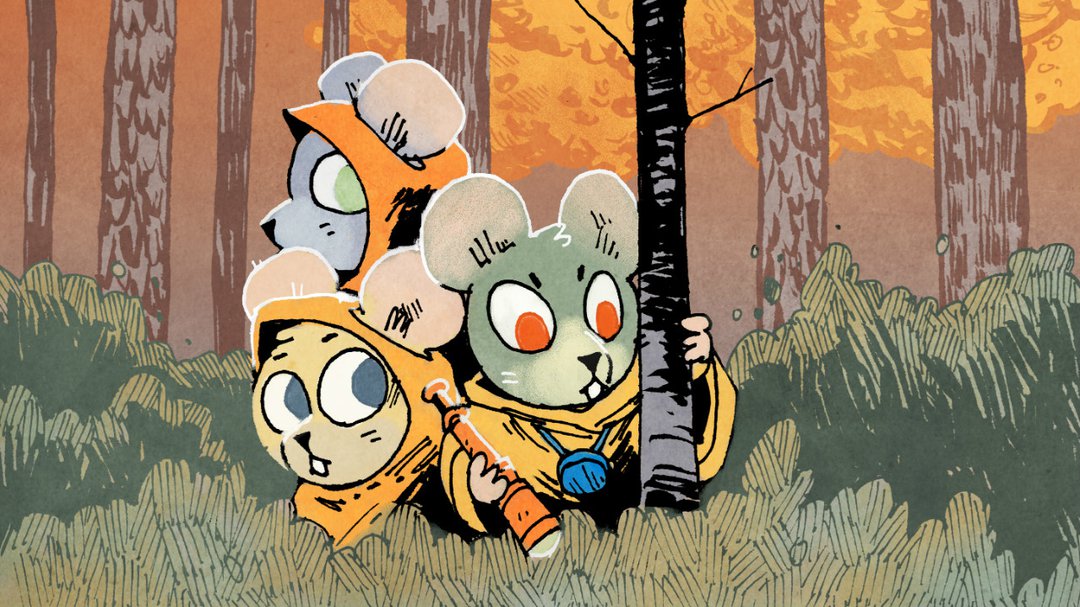 I spy with my little eye...something that will rock your socks off!

But Is It For You?

We try our best here at Sprites and Dice to review things we think are worth your time. Life is short, we often say, so it's important to have fun gaming! You may have the impression at this point that I’m going to suggest you go and pre-order this game right now, and certainly if you’re in love with the artwork and the sound of the gameplay, don’t let me stop you. However, no review of mine would be complete without a word on who this game might not be for. I would certainly suggest caution if using this game as a gateway to non-gamers as it’s still something of a medium weight. If someone in your group is the kind of person to ask for a fourth time about a rule you’ve just re-explained, the asymmetry here might just confuse and confound them. And for those gamers who prefer perfect strategy type play, the fact that so much of Root is fluid and determined through interactions between players will probably not go over well with them.

On the other hand, you like a good war game, if you like to think about the political implications of what everyone’s doing on the board, and if you think the ultimate asymmetrical battle between the woodland’s cutest creatures is something you cannot resist, I cannot recommend this game highly enough. From the design to the artwork to the final quality of the components, Root is deeply satisfying. I’ve never played anything else quite like it, and I think, from its place of honor amongst my shelves, it is already a winner.

Humble Bundle Removes Charity Sliders, Then Puts Them Back