Regions of Ruin is sort of like Diablo in the style of Ghosts ‘N Goblins; or maybe it’s more Clash at Demonhead with a sprinkling of Age of Empires. It’s a side scrolling beat-em-up with a level system, loot drops, and basic city building elements that come together into a pretty cool concept.

The story goes that humans and centaurs went to war with each other - which is not a combination I’ve seen much before, so kudos there. The dwarves, sick of the other races’ nonsense, dug in to their underground kingdom and sealed the entrance behind them. Centuries later, they opened the doors again and found that neither humans nor centaurs ruled, but that the land was overrun with goblins, orcs, and undead. The dwarf kingdom was quickly overrun by these new threats and most of the dwarves were captured or killed. You play as one of the survivors, and your mission is to explore the world, rescue as many dwarves as you can, and build a new kingdom from the ground up. 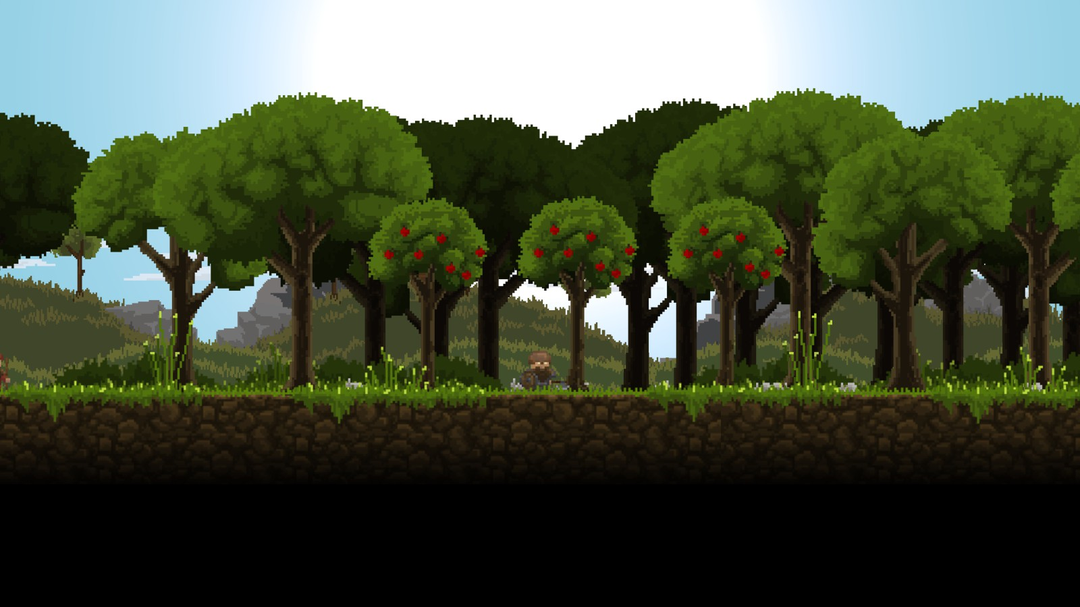 The pixel art style lends itself well to bright colors and imaginative settings.

Right away I had one major problem with Regions of Ruin: the default controls are pretty strange and not very intuitive. You use WASD to move (W to jump and S to drop through platforms) and attack with the arrow keys. It’s not like The Binding of Isaac’s attacks, though: left arrow is a quick attack, right arrow is heavy, up arrow is your ranged weapon, and down arrow is block. I thought it would handle much better on a controller, but I wasn’t able to get the game working with one. However, keep in mind that Regions of Ruin is in early access as I write this. I would expect this issue to be addressed before the full release. 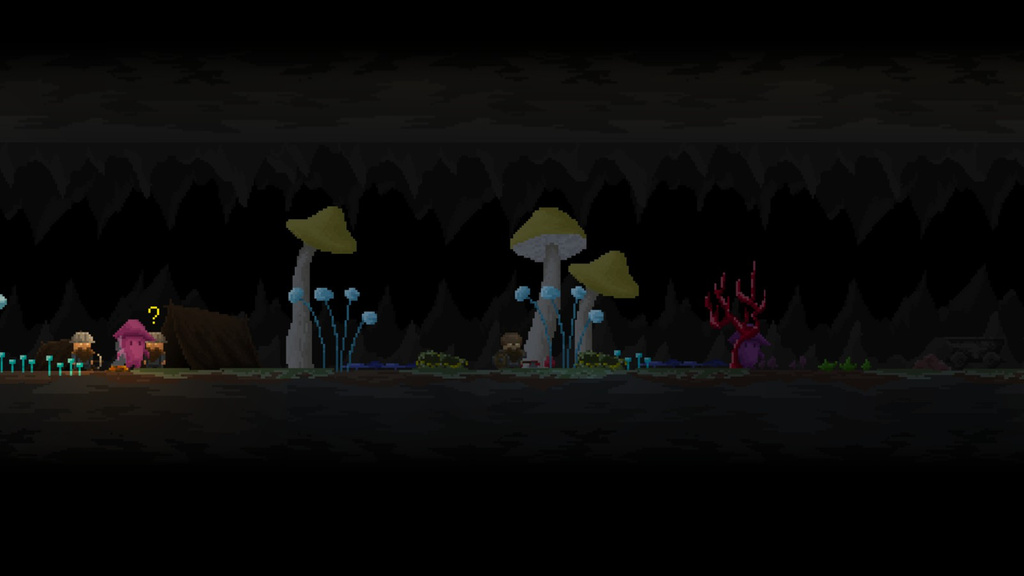 Even the underground areas are colorful and have a touch of whimsy.

What really sets Regions of Ruin apart from other side scrollers are the resource management and city building elements. Every time you go out adventuring you’ll find things like lumber, stone, and other resources, which you use to improve your settlement. Many of those improvements, in turn, make your character stronger so you can get through more difficult areas. The dwarves you rescue can also be sent to mine resources from areas you’ve already cleared, making it much faster and easier to get what you need. Thus the two main aspects of Regions of Ruin - adventuring and building - drive one another. 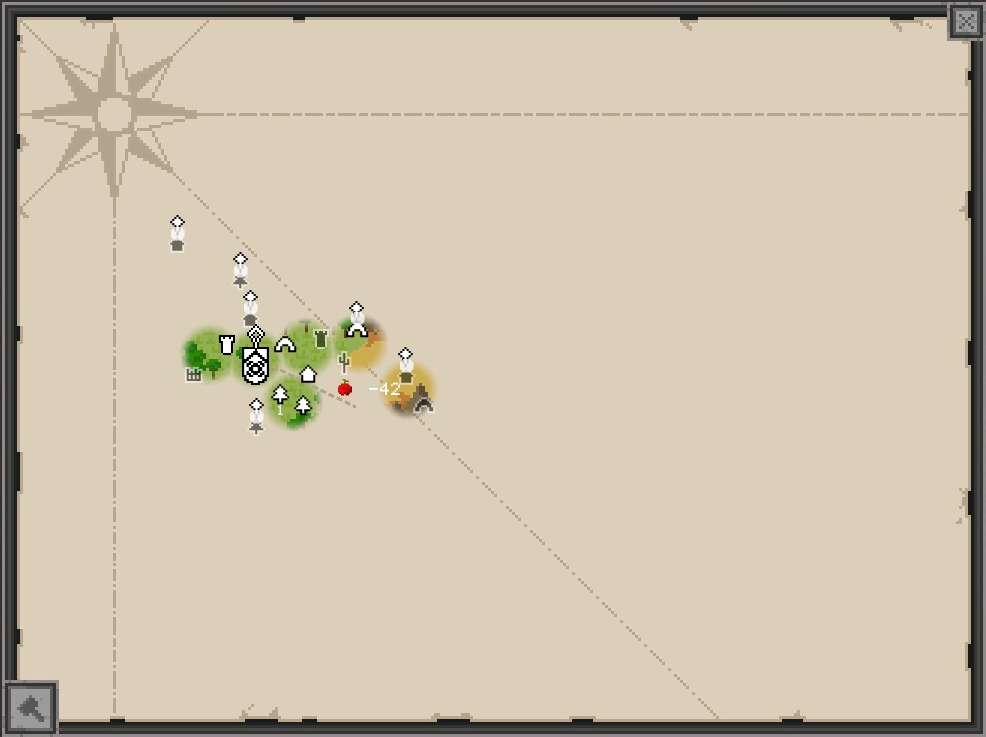 The world map. As you can see, I have a lot left to explore.

The first time I tried Regions of Ruin I actually didn’t much care for it, mostly due to the unusual controls. However, I have to say that it’s really growing on me. It’s got that addictive quality where you can see the progress you’re making, and you’ve always got something to strive for.

Overall, I think Regions of Ruin is a rare game that is more than the sum of its parts. It’s a basic side scroller combined with bare-bones resource management and city building, but the way each of those plays off the other keeps you coming back for more. If you like old-school action/adventure, or if you particularly enjoyed developing your estate in Darkest Dungeon, then Regions of Ruin might be for you.

And hey, if I just find twenty more stone I’ll be able to build a blacksmith, and then the undead in that new area are gonna feel my wrath!