A Familiar Game From An Unfamiliar Place

Azure Saga: Pathfinder is a fairly typical JRPG style game. We’re talking a game that’s heavy on plot, features random encounters with turn-based combat, and has characters who look like they were pulled straight from Shonen Jump. This certainly isn't a bad thing, but we are always looking for what seperates a game from the rest of the pack.

What really caught our interest was the developer. MassHive Media is an Indonesian company whose previous titles have all been designed for the mobile market, while Azure Saga represents their first step into more “serious” gaming. As with our review of Asura, we were interested to see what an old, familiar genre looked like when filtered through a different culture. Here’s what we found. 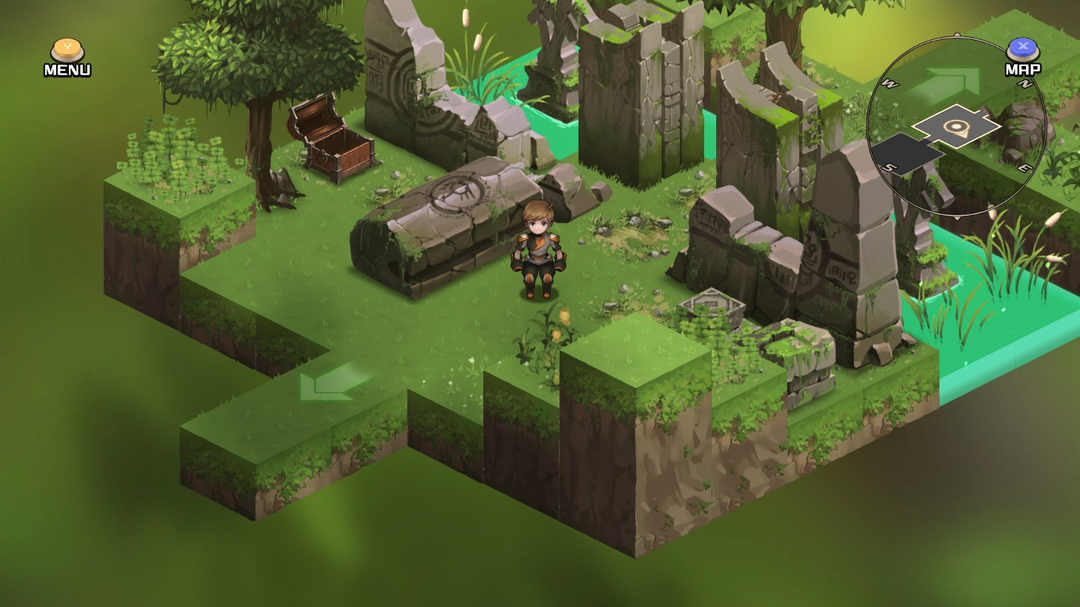 The majority of Azure Saga is exploration, broken up by random encounters.

Azure Saga is a smorgasboard of concepts from different games and even different genres. The two characters you start as, Synch and Noide, are a spaceship pilot and his assistant droid straight out of science fiction. They come from a far-future society where humanity is scattered among the stars and living on only in colonies, but the legend of a resource-rich planet called Azure gives them hope for the future.

They crash onto a planet that is pure high fantasy, where knights and spellcasters are fighting to survive against a scourge of monsters called Hollows. The people of this world know nothing of space travel or other planets, so they are very confused by the newcomers. Nonetheless, Synch and Noide’s advanced technology makes them very effective in fighting against the Hollows, and they end up joining the war for their own reasons.

However, underneath all of that, Azure Saga is really just a story about Synch trying to find his long-lost father. 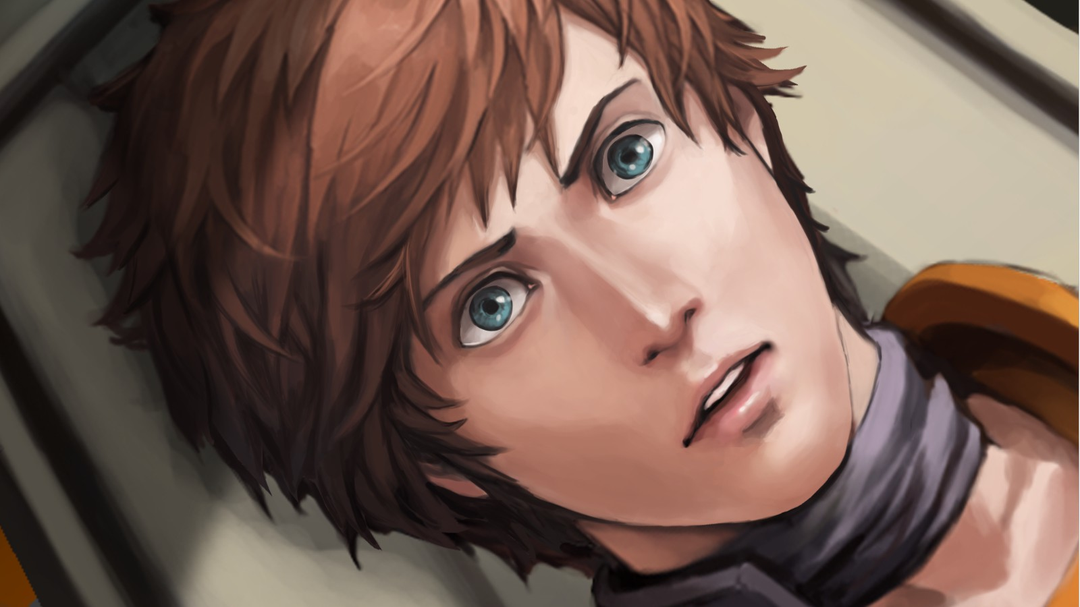 The opening moments of the game are striking, pulling you in.

The combat system is a similar blend of ideas you’ve seen before in a combination you might not have. It’s turn-based combat where your party of three takes on various groups of random enemies and powerful bosses. Your characters each have unique special moves ranging from powerful physical attacks, to taunts and debuffs, to healing skills. Using certain combinations of specials can trigger powerful combo attacks a la Chrono Trigger, which is a great way to get out of a difficult situation. 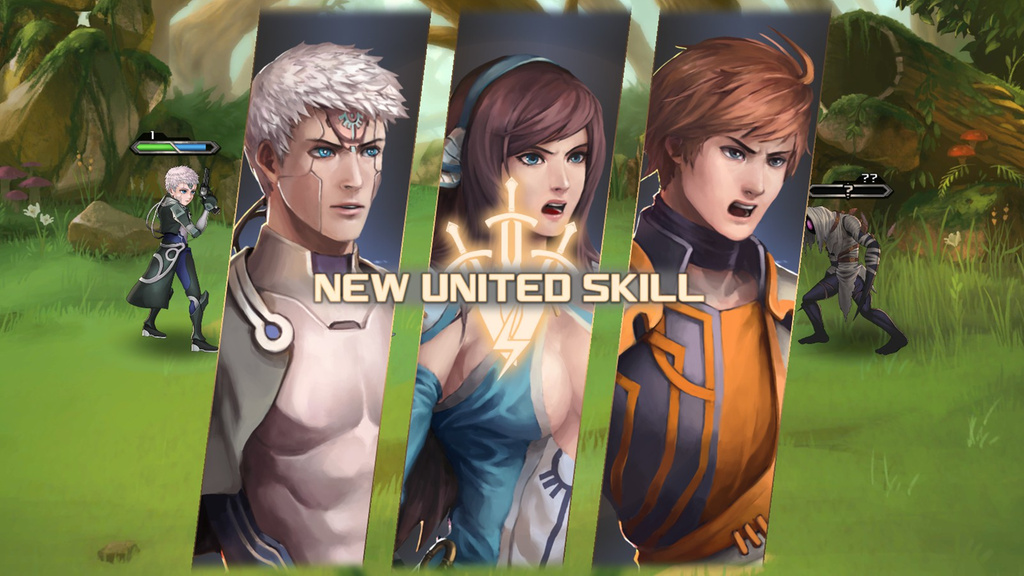 If you’re really being overwhelmed by your foes, each character also has a Fury meter that builds when he or she takes damage. When the meter is full, the character can unleash a devastating Fury attack. It’s very similar to the Limit Break system from Final Fantasy VII except that it doesn’t override your standard attack, which makes it much easier to save for a crucial moment. Sometimes I end up holding on to the Fury attack for what seems like much too long because it would be a waste to use it on a standard enemy, but I do like having an ace up my sleeve, as it were.

While that might seem like a lot of different ideas to put into a single game, they blend together quite well. The science fiction doesn’t interfere much with the fantasy, because Synch and Noide are very clearly depicted as outsiders to the world. It’s no different than if they came from another kingdom.

The two special combat mechanics - United and Fury - don’t synergize, as you can’t use both at the same time, but it doesn’t detract from the action. Instead, it feels nice to have options available. They don’t unbalance the combat either, because while they are extremely powerful abilities, United attacks are very MP-intensive and Fury can only be used when the meter is full. You’ll generally want to save them for boss battles or when you’re having a particularly hard time.

Overall, Azure Saga takes a wide variety of different ideas and blends them together smoothly.

The Bad: Brings Nothing New To The Table

MassHive Media clearly drew inspiration from several great JRPGs when making Azure Saga: Pathfinder, but added very few of their own ideas to the mix. Especially given that it came from Indonesia, a country that we normally get few (if any) games from over here in America, I was really hoping to encounter something that I hadn’t seen before. Not necessarily a new game mechanic, but just a creature or piece of mythology that I hadn’t seen used in other RPGs. 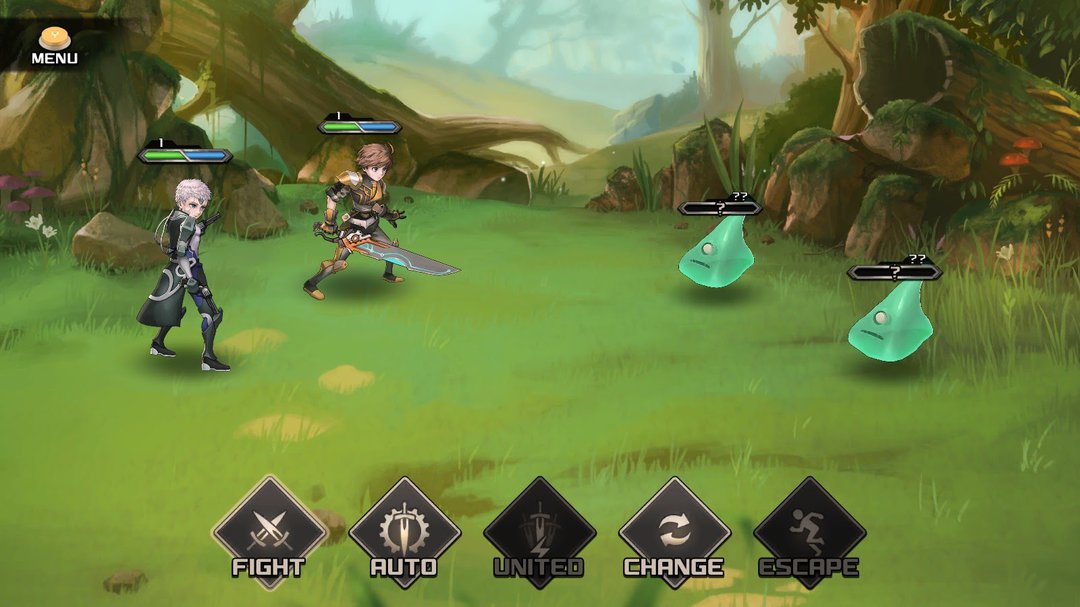 On another note, while the brief cutscenes are gorgeous, the in-game art is reminiscent of old Flash games. In fact, the battles remind me of nothing so much as Epic Battle Fantasy. I’m not normally one to harp on graphics, and really they don’t take a lot away from Azure Saga, but it was a bit jarring to have a game released in 2018 make me think of a free game from my school days.

While MassHive Media has fit all the pieces together into a well-crafted game, the story, gameplay, and graphics are all old news.

A Decent RPG That Might Fare Better On Mobile

I mentioned earlier that MassHive’s previous titles have been mobile game fare, and it shows in Azure Saga. For all its diverse inspirations, it ends up being a fairly simple game with basic animations and easy controls that I imagine would work very well on mobile.

While I might not sit down at my gaming computer and choose Azure Saga: Pathfinder as my game for that day, I could definitely see carrying it around and playing on my phone during my downtime. The game actually is available on iOS, but me being the Android-loving peasant that I am, I was not able to try it on an iPhone. 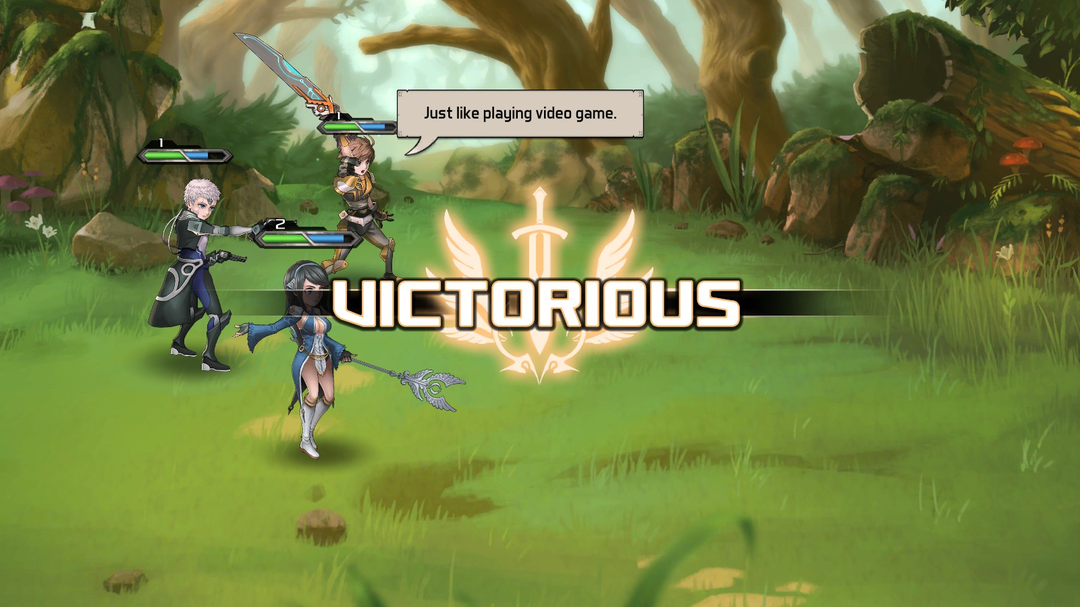 Even if you don’t have an iPhone for portable Azure Saga: Pathfinder, at $12.99 you’ll still get some decent bang for your buck. Is it the next Chrono Trigger? Not by any means, but it is a competently made and enjoyable RPG. If you’re itching for a new adventure with some throwbacks to the classics - and if you’re willing to overlook some less-than-perfect English - Azure Saga: Pathfinder may be for you!