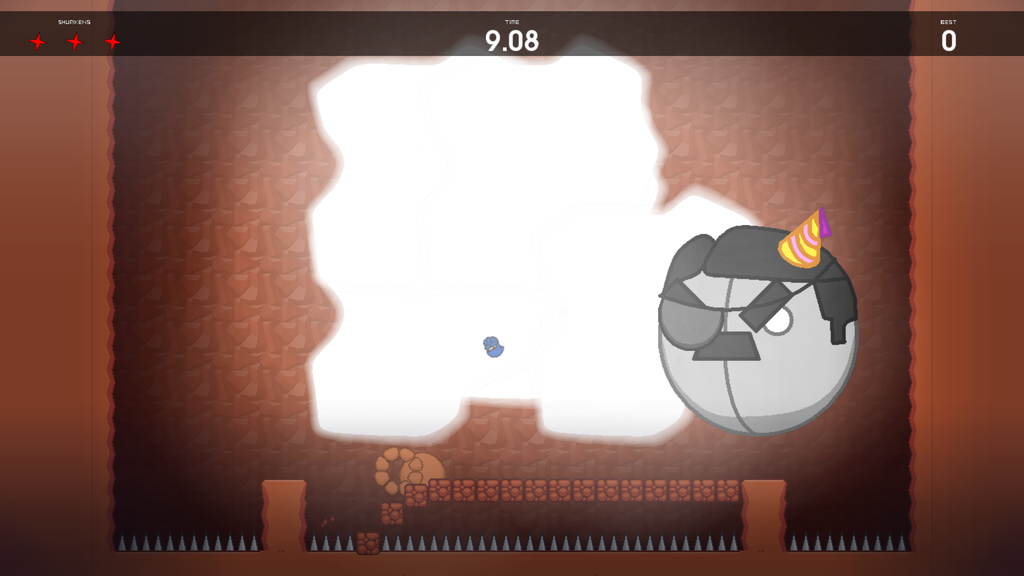 I fondly remember the days where I used to spend most of my free time at the library. Not reading, of course, but instead playing flash games online. There was a novelty in playing often simple but challenging games that could be summed up in one sentence. It was also a much simpler time, before microtransactions, ads, and constant social media integration. Developed by 20-year-old Dan Pearce, 10 Second Ninja captures that charm in a way that's still fresh, and hilarious. 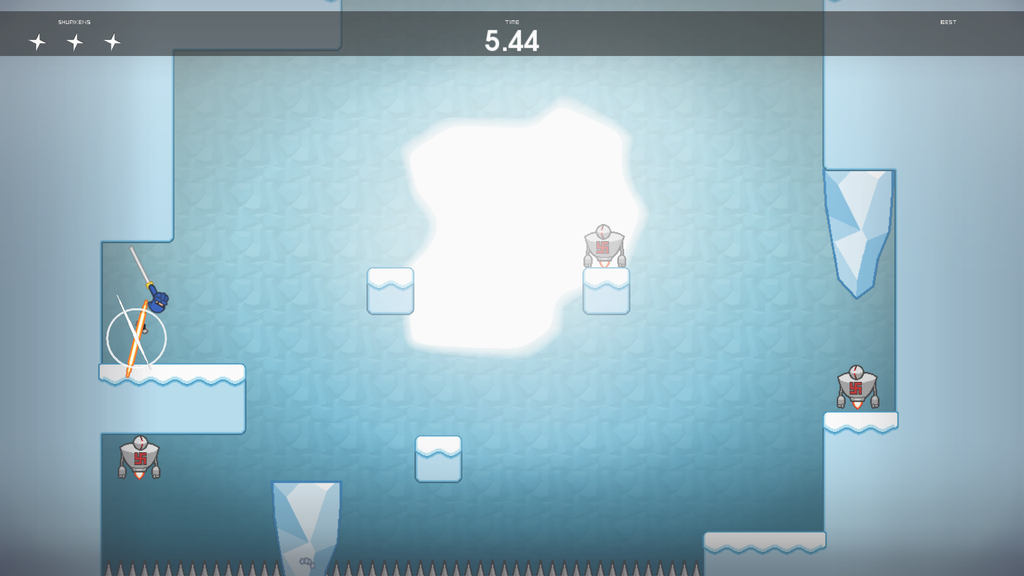 Understandably, "old flash game" probably wouldn't pop out to most as a must-buy game on Steam. While it may lack in visual polish, it gets the mechanics right. 10 Second Ninja can be summed up pretty quickly (in ten seconds, perhaps?): Be a ninja, kill nazi robots from space in under ten seconds, rinse, repeat. Robots can be killed up close with a katana or from afar with one of your three trusty ninja stars. The game comprises of forty single-screen levels, all which can be completed in much less than ten seconds. The better your time, the more stars you get. Though getting all three stars in a level is rarely easy.

For a game featuring robot nazis as its main antagonist, the cutscenes are quite clever. I wasn't expecting any sort of story at all, but I actually found myself looking forward to beating each world to see more of robot Hitler's head being silly and stubborn. These scenes were consistently laugh-out-loud funny, which really surprised me. The animation is simple, which lends to its silliness. If the presence of a mecha-Hitler sans torso wasn't already a sign, this game doesn't take itself too seriously. This silliness carries over into gameplay, though that doesn't make the game any easier. 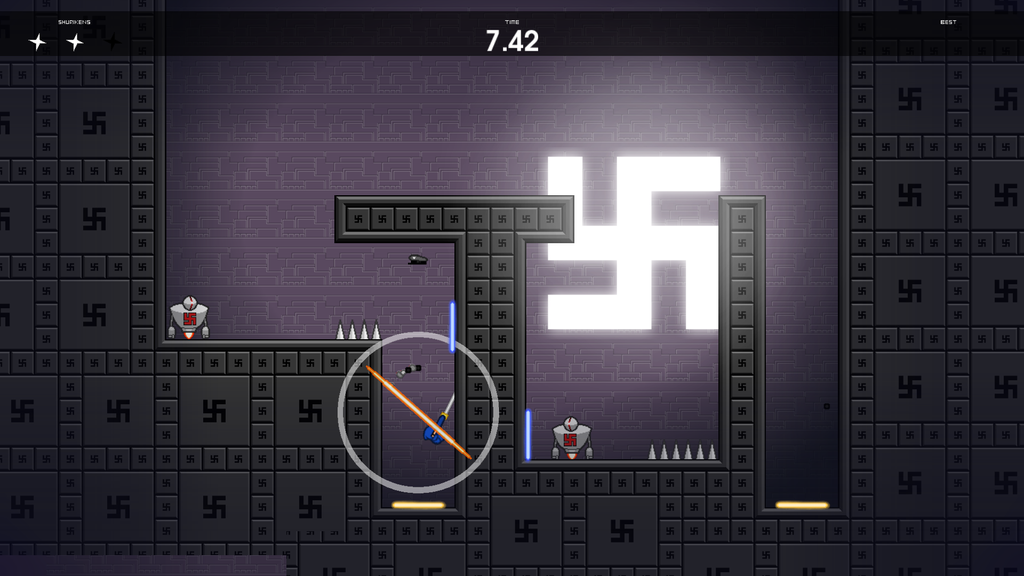 With only 40 levels, the game should theoretically take you only 400 seconds to complete. However, those three-star ratings are essential to unlocking some of the later levels, and you'll have to improve your times pretty early on if you want to get anywhere. Just because the game is fast-paced doesn't mean you can get perfect rating by blazing through each level blindly. Matter of fact, it's quite the opposite. Especially later in the game, figuring out the fastest path is a matter of stopping and thinking. While a level may look like a straight shot to beat, you'll find that there is usually another path that is much quicker. Various objects like icicles need to be run under or hit with a shuriken to set them off, either to create platforms or kill enemies. It's extremely helpful to keep in mind that shuriken can also go through multiple enemies, so choosing when to throw them is a matter of finding the most efficient path. Every fraction of a second counts, and thankfully all it takes is a single button press to instantly restart a level. A few levels have given me a lot of trouble getting three stars, while others are very easy after figuring out the right path. I think there are some nuances to the game engine that I don't fully understand yet, but that's half the fun of trying to go back and get everything. The rest is frustration and tears, and I'll gladly continue to struggle with it.

I'll admit, reviewing a game made by someone a year younger than me is both impressive and disappointing. Impressive because anyone can be a developer these days, but disappointing because I haven't made anything this awesome yet. The simple flash game style and the nazi robots might be a turn off for most, but that's really part of its charm. For ten bucks, this game is really fun in short bursts, and I'd recommend it to anyone looking to test their speedrunning skills.