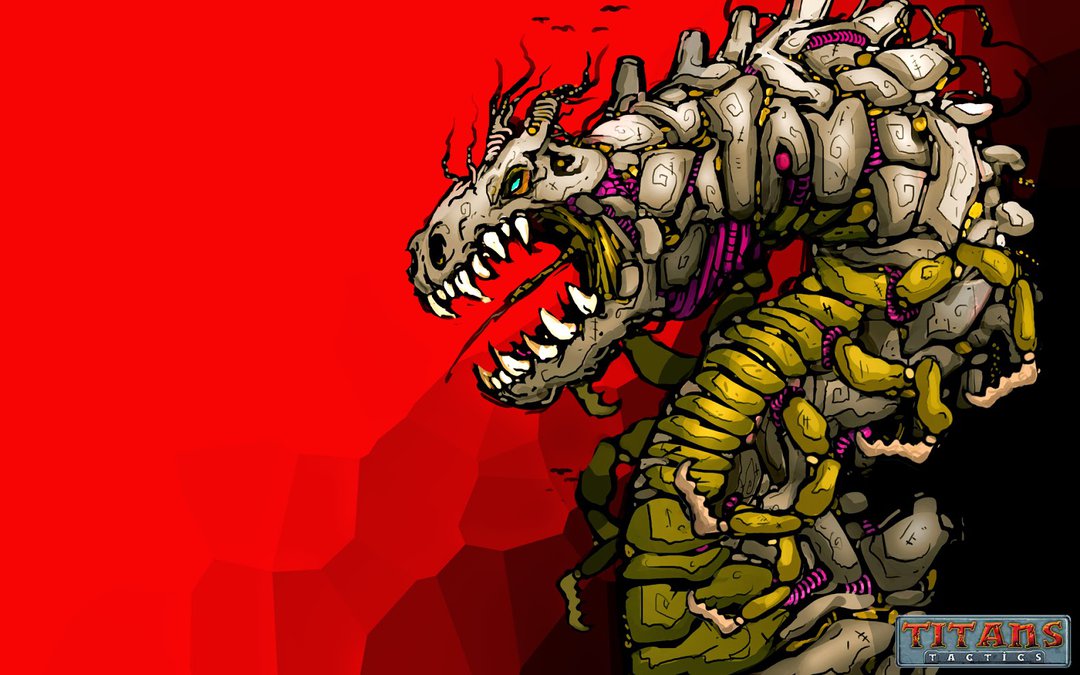 I saw a lot of really great indie games at PAX East 2015, but there's one that stood taller than any of the others on the merits of its incredibly tight rules, depth of play and engaging system while still maintaining easy-to-grasp rules. Found at the indie tabletop section, Titans Tactics is more akin to Chess or Go than most other modern games because it made the bold design choice to have no randomness in it. There's no dice, no shuffled decks, no spin counters. After you decide who plays first and second, the entirety of the game is in your hands. When head designer and part-time titan Kelly Toyama put tactics in the title he wasn't kidding: this is a game that makes you think through every move, and that's a good thing.

The really impressive part of Titans Tactics is the depth of strategy that can be achieved. The base rules are exceedingly simple and can be explained on one side of the cheat sheet that comes provided on the box. Combat takes place on an 8 by 8 square field between two teams of three champions. Players first pick one of five unique factions, then choose three of the six available unique champions in that faction to bring to the table. Each champion acts once per turn, trading off activations with the opponent similar to Malifaux. You get one victory point per point of damage you do, Each point you get pushes the victory track one step closer to your side. If you get it to ten points, you win! Each point of damage your opponent does moves the track one step towards them, so it's a constant tug of war. The game is on a timer though as well: At the end of each round, after each champion has activated, the player with the most points get one "momentum." If you get 3 momentum then you win! The game ends up having a terminus because of this, best of five rounds. 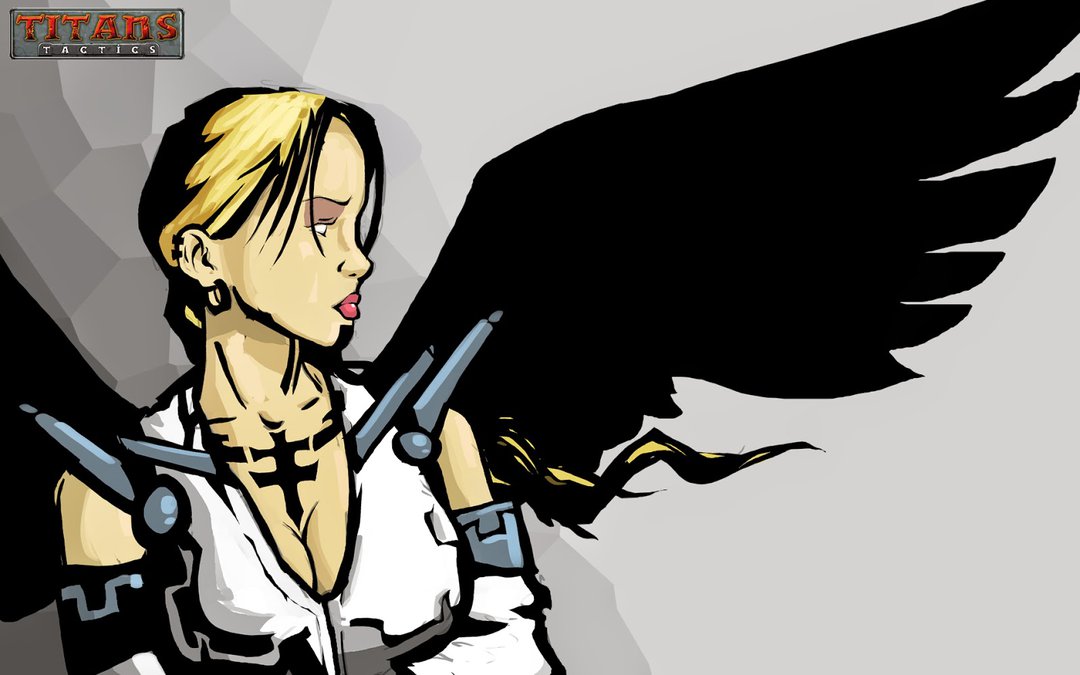 Prayers won't save you from Archangel Sloan.

Each character has three abilities. these abilities can do things like move champions around the map, apply buffs and debuffs, deal damage, or throw down summoned champions. To use an ability, you need to discard a skill card, which come in five different colors and have to match the color of the skill you want to use. There are three copies of each colored card in your skill deck, which remains hidden from the opponent during the game. Likewise, your hand of cards is secret, so the only information that is not available to both players is what abilities you could possibly be ready to dish out on your turn. At the end of each friendly activation, you can choose to have your champion take one extra action or you can search your skill deck for any three cards and bring them into your hand. Card allocation and planning is the trick here: if you start your turn and you just don't have the blue card to teleport your guy out of harm's way, then you may just end up giving your opponent two to four points.

Each champion has 3 different colored abilities, so card selection dictates the flow of combat.

There's something for everyone and you can play almost any playstyle you can dream of. The factions are diverse and flavorful, with simple mechanics and layered synergies. Each faction has an overarching theme and focus: The Created are manufactured monsters and focus on melee combat, but they have a few solid control pieces too. The Black Brigade are undead soldiers wearing power armor that specialize in long range combat to rack up damage. The Crew of the Returner are tricky and mobile, relying on surprise attacks and out-maneuvering their opponents for tactical advantage. The Crucible of Order have a lot of utility, focusing on midrange fighting while throwing buffs and debuffs. The Dreamers control everything from movement to cards in hand to area denial, trying to keep the other team from getting to leverage their strategy. Even within these crews, you can still customize. A Created team may struggle to keep up a powerful ranged assault, but it's certainly possible. Titans Tactics rewards you for being clever and pulling off strategies to jump ahead in points early. If you can surprise your opponent, you can come out ahead and snowball into victory. 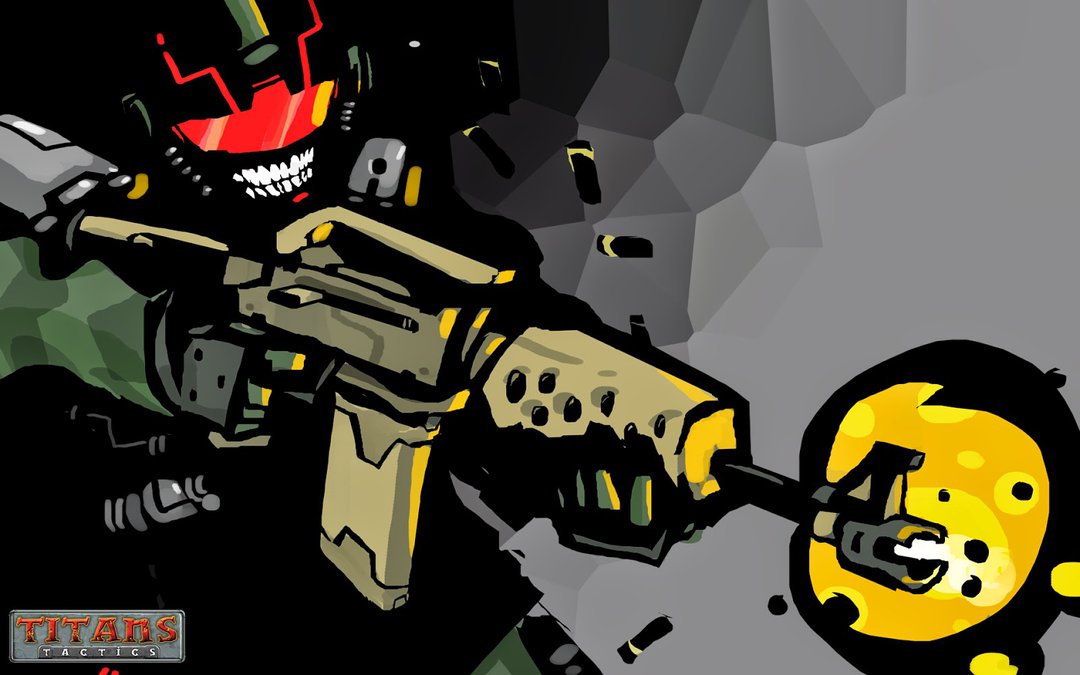 You don't need snowballs if you are a zombie with an M4.

I've been paying this game fanatically with my friends, and it's safe to say that there's a team loadout to suit everyone's playstyle. I can roll up with a blue control team and win as long as I play my cards right. Every faction is viable, though some three-man teams may be more cohesive than others. You can mix and match abilities in so many different ways that you'll never be in a match and just feel totally helpless. 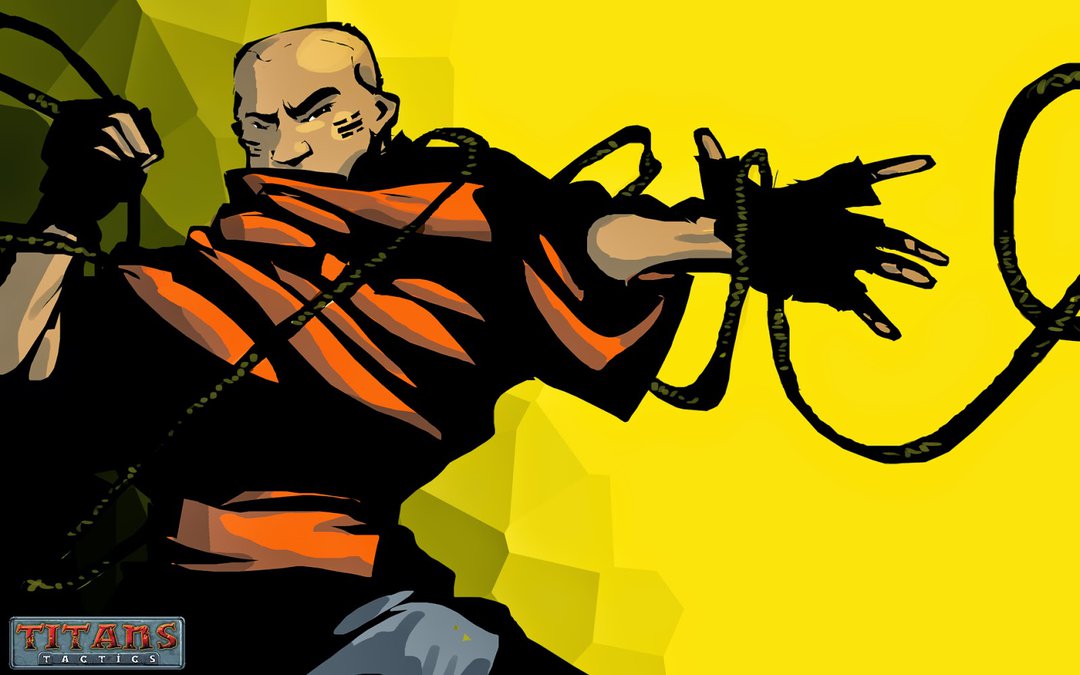 Rigger Tangle has a lot of movement abilities. He may just be Spiderman.

The art implies a story all on its own. Brandon Gillam's illustrations smack of a Mignola-esque world of mysticism and technology. War Golem Maximus fights alongside Archangel Sloan, and the Brain Leech torments its victims into mindlessness while the Toxic Lurker rots their bodies. You've got your out-for-vengeance mercenary army of the dead and your pirates rocking out next to the astral wizards and just bashing the hell out of each other. It's fantastic. There's a smattering of lore about each team being championed by a Titan of one aspect or another (except the Brigade, they are strong, independent corpses that don't need no Titan); You can even read some of the character's quotes on the skill cards. This dash of flavor adds a lot the game because each champion has their own unique abilities so it doesn't feel like you're just tossing stat-blocks at each other. There's a narrative and a story that meshes with the mechanics to craft dynamic combats and engrossing games. Plus some of the characters are just downright bad ass. There's a warrior who gave up his name for more power and now Death can't call him to his final rest. 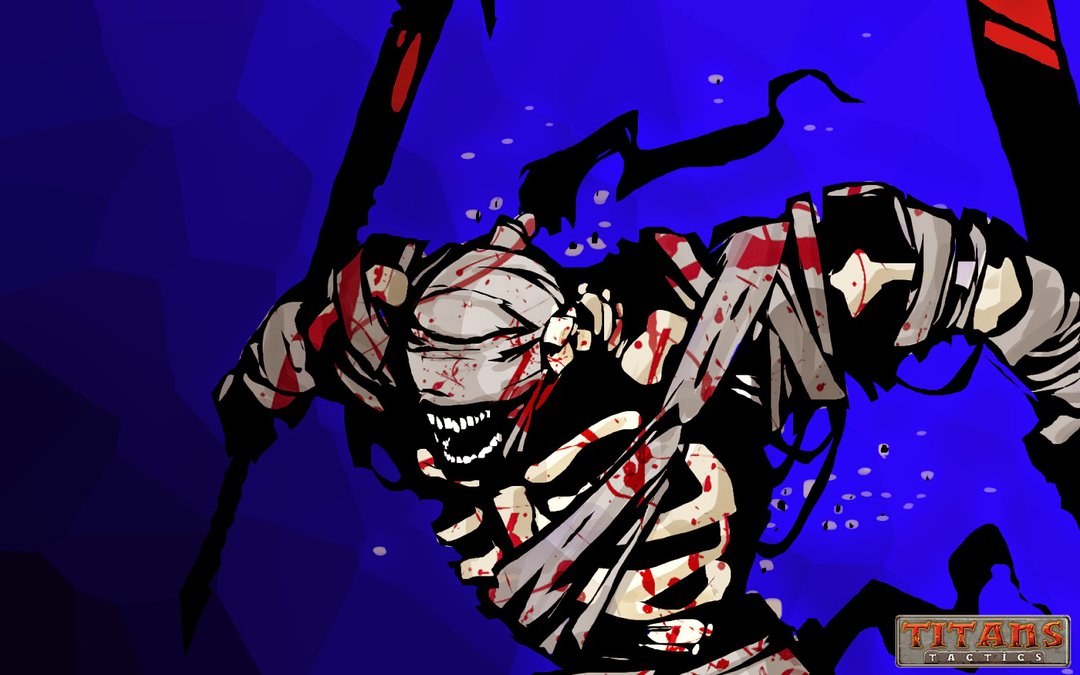 The rules are refined, a mechanical simplicity belying a depth of strategy so immense that it's like driving a minivan into a pothole, and then the whole damn car just falls in. It catches the imagination as you contemplate the staggering immensity of team combinations (I did the math, there's 4400 unique team vs team match-ups,) before you even begin to plan out each turn. The scoring system allows for good players to win quickly without slowing you down, but it means two equally skilled players can battle back and forth for a victory without the game dragging on forever. Each game takes maybe thirty minutes and they feel very tense, every decision holding the possibility of victory or defeat. You'll never curse anyone but yourself because the Dice Gods are dead to this game: the only chance is the card hand. If you can capitalize on your opponents mistakes or force them into a defensive game where they are dancing around your threats, you'll come out ahead. Pulling off a successful gambit makes you feel like a tactical genius. Take a look for yourself, because more people need to know how great this game is.

Also, my friend Kirsi hasn't lost a game to me yet. I am literally a human pile of garbage.

Follow me @DKjolner, read my garbage tweets. If you like our content, maybe you'd like to help make sure our server doesn't have to live on the streets, eating bandwidth out of cat-food cans.