An Imperfect but Loving Tribute To A Hero of Classic Gaming 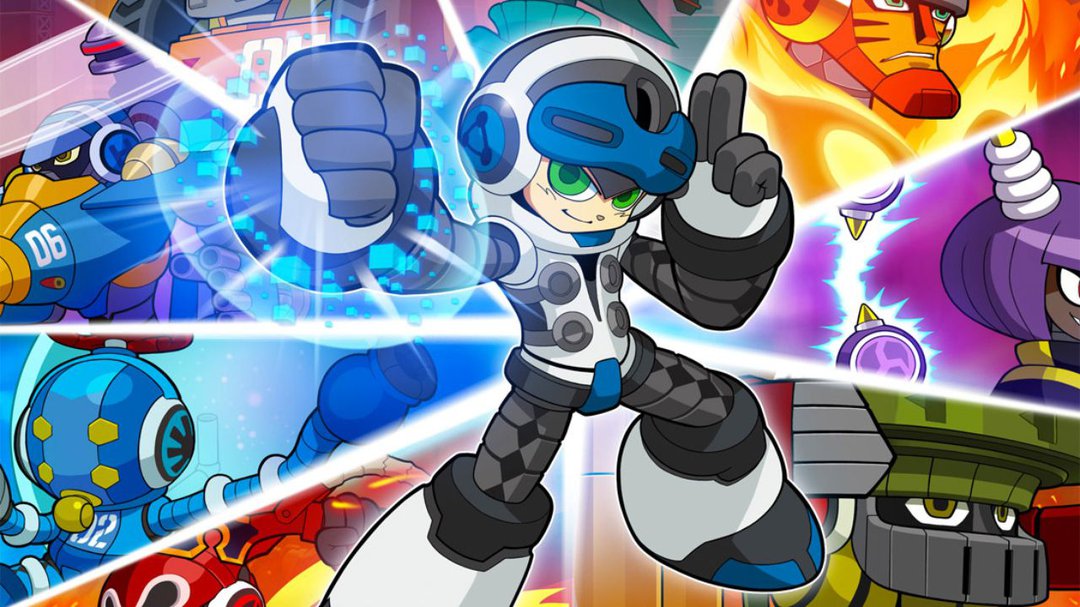 Long ago, in days now forgotten by mortal men (2013), Keiji Inafune announced that he was working a spiritual successor to the beloved Mega Man series. Ijafune, once the lead illustrator and character designer for the Mega Man games, was disappointed that Capcom had seemingly abandoned the franchise and he set out to recreate it.

There was a highly successful Kickstarter campaign as people leapt on the nostalgia train, but then delay piled on top of delay until people started to question whether Mighty No. 9 would ever see the light of day. On June 21st, 2016, three years after the original announcement, the game finally hit Steam. So here we are, and the question on everyone’s mind is: Does Mighty No. 9 live up to the Blue Bomber’s legend? 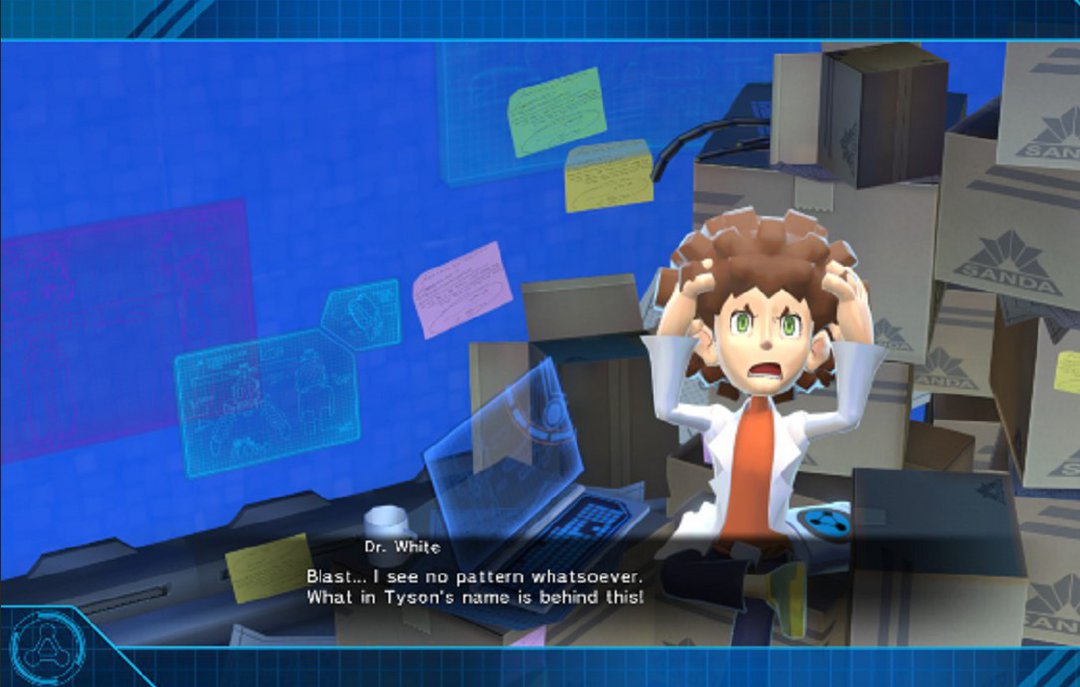 The man who designed Beck, as well as the rest of the Mighty Numbers.

Those expecting an exact Mega Man clone will say no. Mighty No. 9 certainly shows its roots proudly, but at the end of the day, it is its own game. The chibi art style is undoubtedly off-putting to some, as is the emphasis on Beck’s AcXelerate ability. On the surface, AcXelerate looks a lot like Mega Man’s slide, but it’s actually the primary way that Beck defeats his enemies. Rather than relying solely on his blaster, Beck’s fighting style is to destabilize enemies by shooting them, then dash headlong into them and absorb their power. It is possible to destroy basic enemies without using AcXelerate, but it’s time consuming and you don’t get power-ups for doing so. It’s quite a shift from Mega Man’s long distance combat. 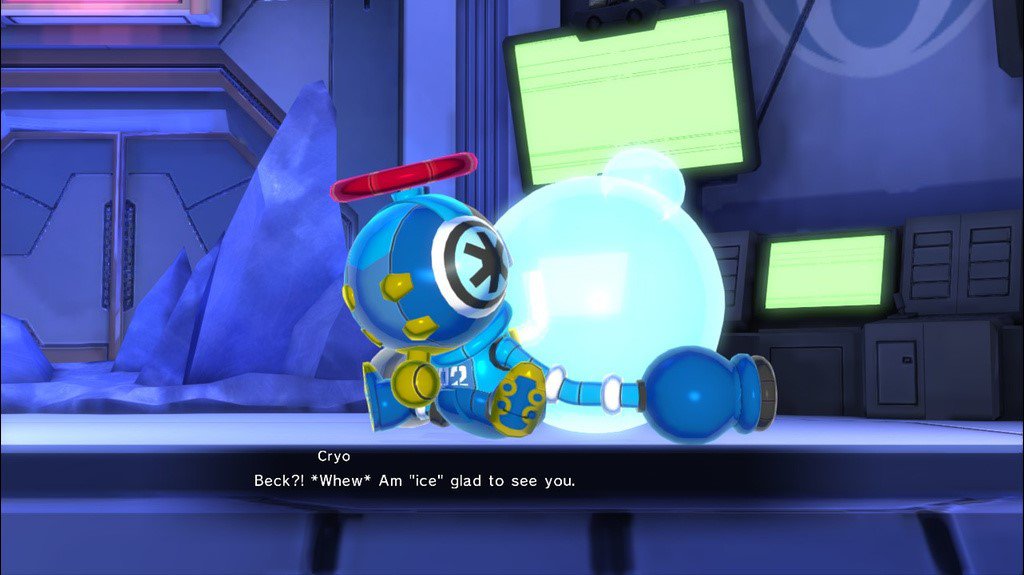 I keep trying to shoot her, but nothing happens.

Differences aside, it’s time to answer the big question: how much is Mighty No. 9 actually Mega Man 11?

When it comes to core gameplay, this game certainly has a lot to offer old school Mega Man fans like myself. Aside from the obvious side-scrolling platforming and shooting, Mighty No. 9 is extremely faithful to the old Mega Man formula. There are eight robots running wild, you have to find and stop them, you absorb each robot’s power after defeating it, and so on. It’s certainly inherited classic Mega Man’s unforgiving nature, as well. Death traps are as common as basic enemies: getting through a level requires fast fingers, careful planning, and liberal use of AcXelerate. The bosses, who are the other eight Mighty No. robots, are brutally hard if you don’t have the right weapon. 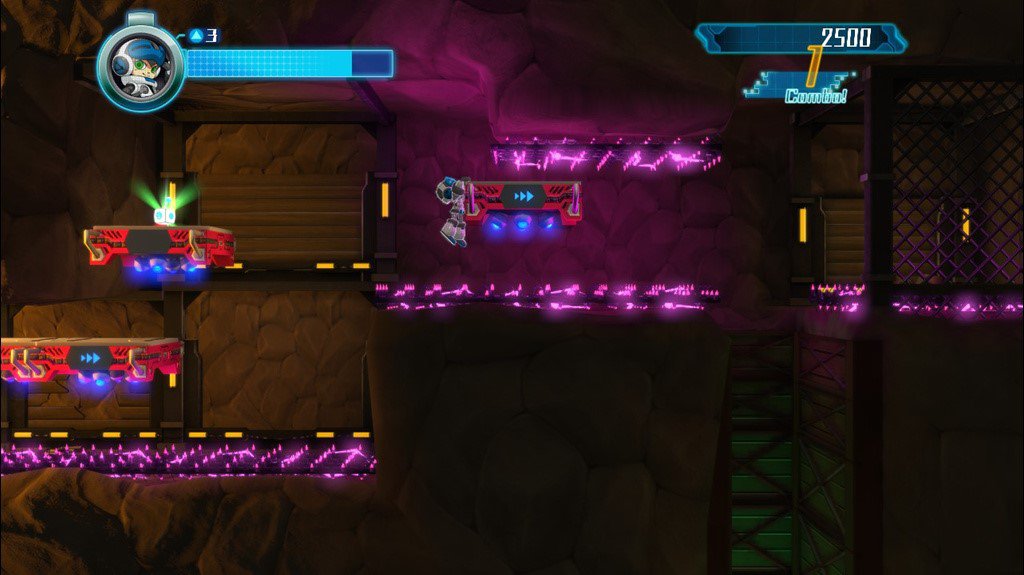 Mighty No. 9 has also taken a page from the Mega Man X series, in that beating levels in the right order will make them significantly easier. I’m not just talking about having the weapon to defeat the robot master, I mean that the stage itself will be affected by what you’ve beaten before it. I don’t want to give too much away here, so I’ll just say that order is important.

Mighty No. 9 is doing a lot of good stuff that classic Mega Man fans will appreciate, but it’s not without its problems. If I were to offer just one piece of advice, it would be this: turn voice volume down to zero as soon as you possibly can. Not only does the voice acting during cutscenes leave a bit to be desired, it’s very intrusive during gameplay. Usually it’s just annoying, but I had one very frustrating experience where dialogue would play over a key part of a certain boss battle, making it so I couldn’t hear him call out his attack. I died more than a few times before getting lucky enough to dodge the right way.

There are also a few things that require going into the tips and instructions to find. For example, Beck has an evasive maneuver that I would never have known about if I hadn’t gone digging for ideas on how to beat the aforementioned boss. There are a lot of rough edges to this game that you wouldn't expect for a game that's been three years in development. Some of the charm has vanished and not been replaced. 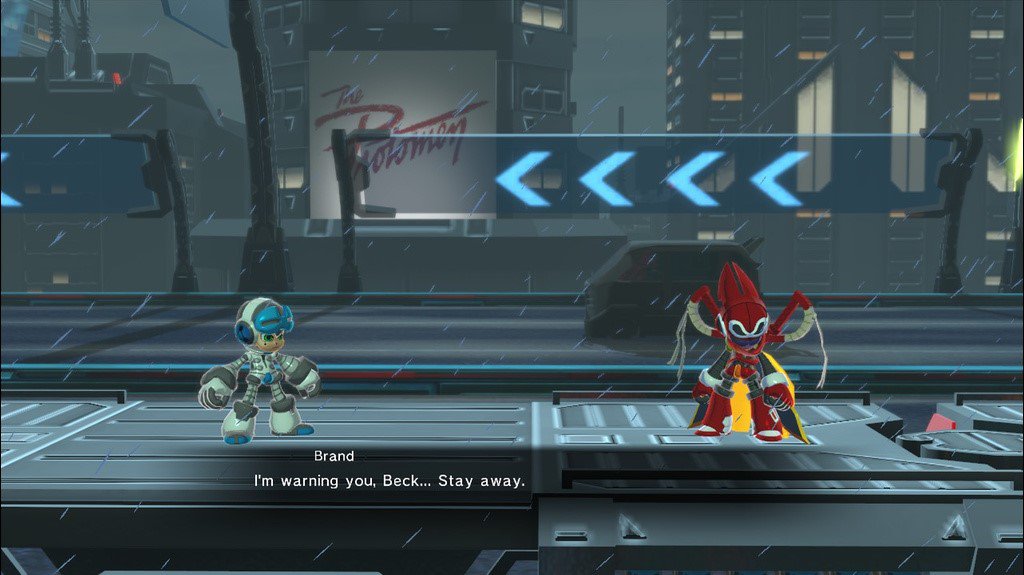 A lot of the character designs are clearly influenced by the original series, but blended to try and be more modern. For instance, Brandish here looks like Zero, by way of Kill la Kill.

At the end of the day, is Mighty No. 9 a worthy successor to the Mega Man franchise? ...Sort of. The game definitely has its flaws, and it's frustrating because many of those flaws really should have been ironed out before the release. Plus, while I understand that the $20 price tag includes paying for a lot of art and voice acting, it's be a little too high for the game you get. It’s not a bad game by any means, but it definitely could be better. In many ways, Mighty No. 9 is getting hammered in public opinion because of the hype that surrounded both the kickstarter, and the hope that somehow a classlc like Mega Man could come back. It suffers because the game tries to take a very basic, near-perfect core of gaming action and modernize it without alienating anyone.

On the other hand, if you’re really itching for some platforming action, Mighty No. 9 can hit the spot with the core gameplay that's there. It’s fast, it’s tough, and here’s that old Sprites and Dice classic: it’s fun. It's just a shame so many of the edges came out so rough.

The reaction to Mighty No. 9 has been mixed, to say the least. What do you think of it? How does it compare to the Mega Man series? Leave us a comment and let us know what you think!