Save The World! Just Not Our World.

Attack of the Earthlings

Picture XCOM, in all its tactical, deadly glory. Except, reverse the roles of the aliens and humans. Now narrow it down to just the combat. Still with me? Next, take out the RNG and add in some Borderlands-style humor. What you’re imagining now is probably pretty close to Attack of the Earthlings.

The game begins when Galactoil, a huge and hugely dysfunctional oil company, drops a combination drill-and-office-building on your home world. You, a Matriarch of the Swarmer race, are having none of that and promptly infiltrate the building to take them down. Through a series of squad-based combat missions, you will climb to the top of the drill/building (drillding?) and kill the men in charge: the impeccably named Mr. Pecker and Mr. Dickinham. 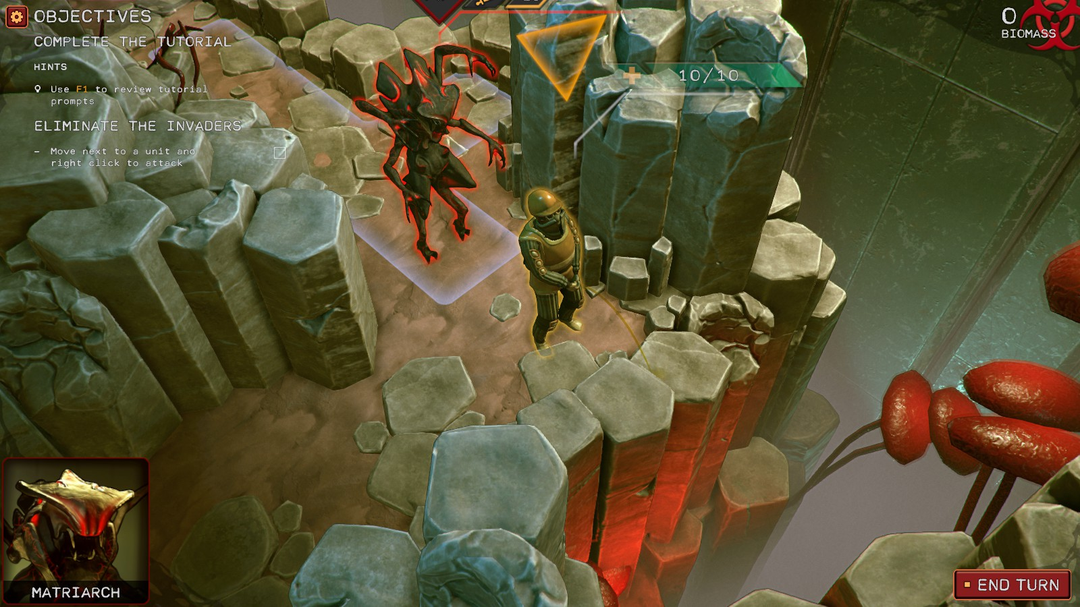 The Matriarch sneaks up on her first victim.

Attack of the Earthlings is like a much lighter version of XCOM, both in gameplay and in tone. You don’t have any of the construction or army management mechanics to deal with, although there is a very limited upgrade tree for your units. The upgrade tree is actually pretty cool; despite only offering three upgrades for each of your four unit types, it opens up a variety of different strategies. Do you want to focus on controlling your enemies movements and hitting them from a safe distance? Upgrade the Disruptors. Do you want to trap your enemies and kill them while they’re helpless? Focus on Stalkers. Would you prefer to simply turn your Matriarch into an unstoppable killing machine? There’s an upgrade for that! Furthermore, you can freely swap out your upgrades between missions at no penalty, so keep experimenting! 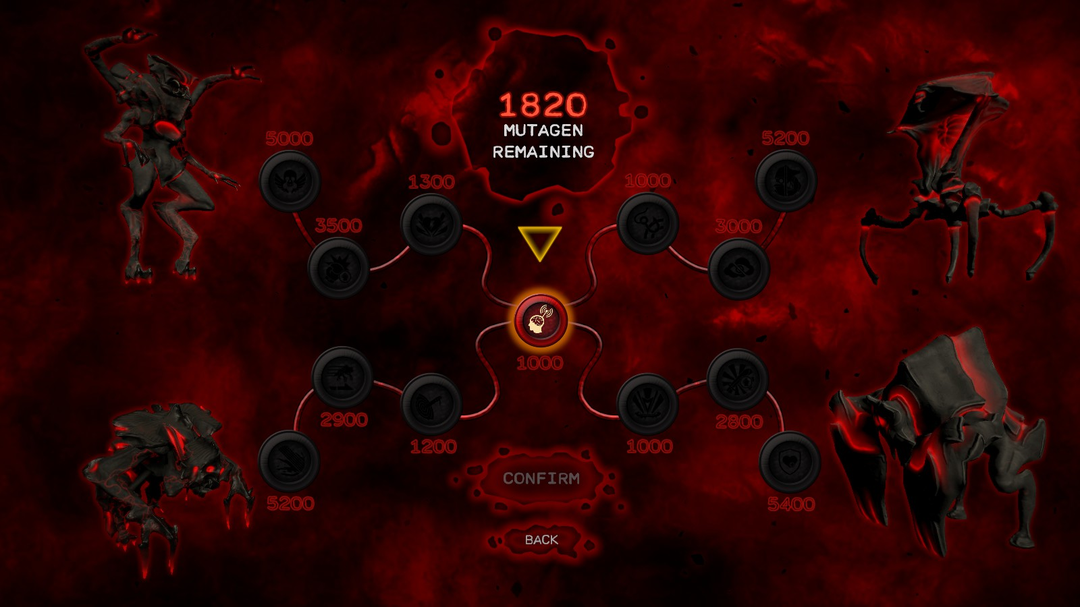 Earn mutagen from missions and spend it to power up your Swarmers.

There’s also no chance-to-hit mechanic. If you’re in range and line of sight then you get hit. It’s just that simple. That means that you always know what you’re getting before you launch an attack, and will never find yourself in a situation where your sniper missed a 95% shot, how the hell did you miss that, he’s seven feet tall and has no cover! It does take away some of the excitement that comes with that randomness, though, so it might not be a good choice if you’re the kind of person who enjoys that kind of thing.

Attack of the Earthlings also adds in a couple of different ideas that I quite enjoy. Almost in the style of classic RTS games like Warcraft or Command & Conquer, you start each mission with only one unit: the Matriarch. As you kill enemies, you can eat them to gain biomass - tasty, tasty biomass - and then convert that biomass into Grunts, the most basic unit. You can then evolve your Grunts into one of three different units depending on available biomass and your current needs. 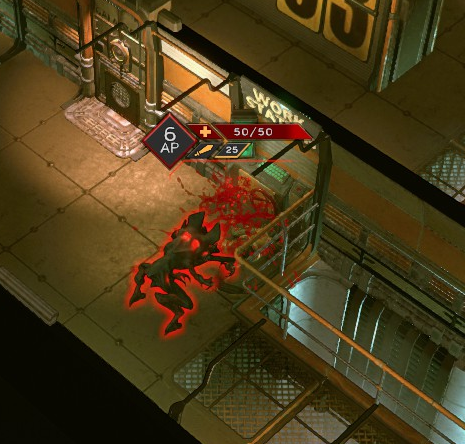 This means that you need to be fairly careful in the beginning of each mission, but by the end you could be rampaging through Galactoil with an ever-increasing army of Swarmers, which is a ton of fun. In fact, my favorite mission came pretty early on, when you have to defend your Matriarch against wave after wave of Galactoil guards while she tries to break down the door of a sealed office. My constantly spawning minions versus their seemingly endless reinforcements gave rise to the most intense action I found in the game.

There is much less emphasis on ranged combat, which could be good or bad depending on your taste. The enemies mostly have guns, but they also have very short lines of sight - only three tiles or so - making it easy to sneak up and dispatch them. The only unit that you get with a ranged attack is the Disrupter, and even then that attack takes a full turn to refresh. Overwatch (the attack of opportunity mode from XCOM) is still a thing, though given that you only have melee attacks, it means that there’s a lot of crouching around corners and behind doors while hapless guards walk into your clutches.

Of course, what really sets Attack of the Earthlings apart from other squad-based tactics games is its sense of humor. I compared it to Borderlands, and I definitely stand by that - replace Galactoil with the Hyperion Corporation and not much would change. The executives are hardasses but are extremely dumb, most of the employees just really don’t want to be there, and every now and then you’ll see posters saying things like, “Stress reduces productivity! If you’re caught being stressed, you will be fired.” 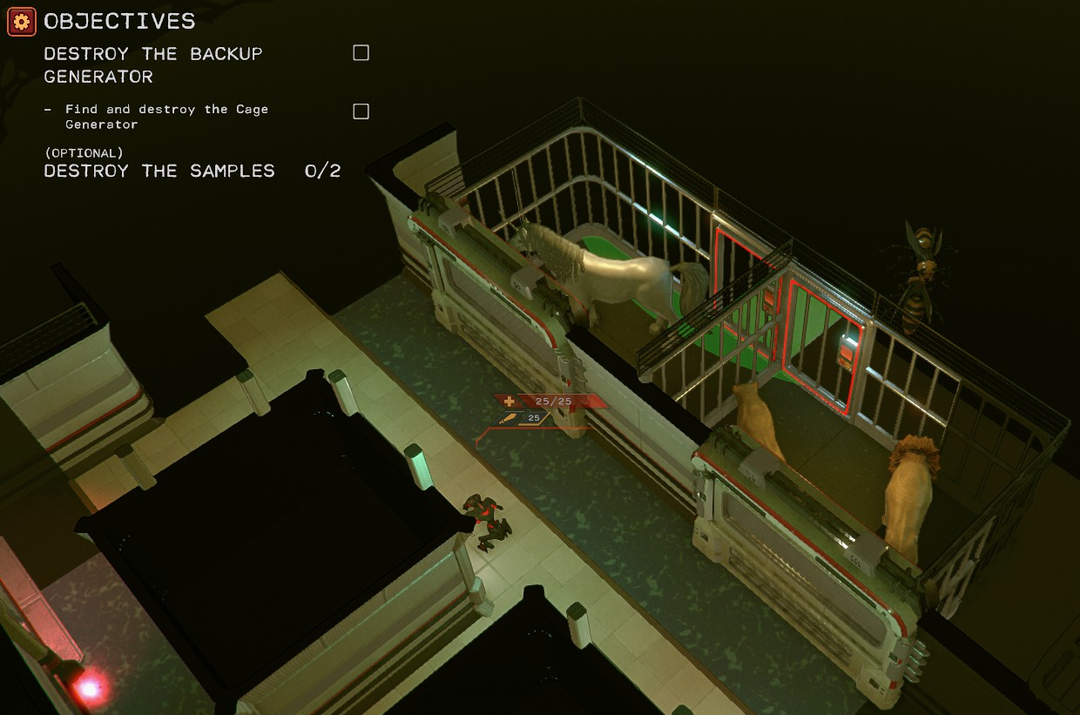 Also they have a unicorn for no adequately explained reason. My kind of game!

Galactoil’s drillding only has seven floors, with one mission per floor. Even though each mission can take an hour or more to complete, that still leaves you with quite a short campaign - perhaps ten hours at the most. It’s really a shame, because it is a fun game. But in the end there’s just not enough to it.

The short campaign is not helped by the fact that Attack of the Earthlings is a bit lacking in difficulty. There are a few different types of enemies, but each type is easily countered by one of your units. High HP? Punch him with a Goliath. Strong melee? Snipe him with a Disruptor. Armored? Shank him with a Stalker. On top of that, the NPCs have visible lines of sight and make the guards from Metal Gear Solid look like Hawkeye. 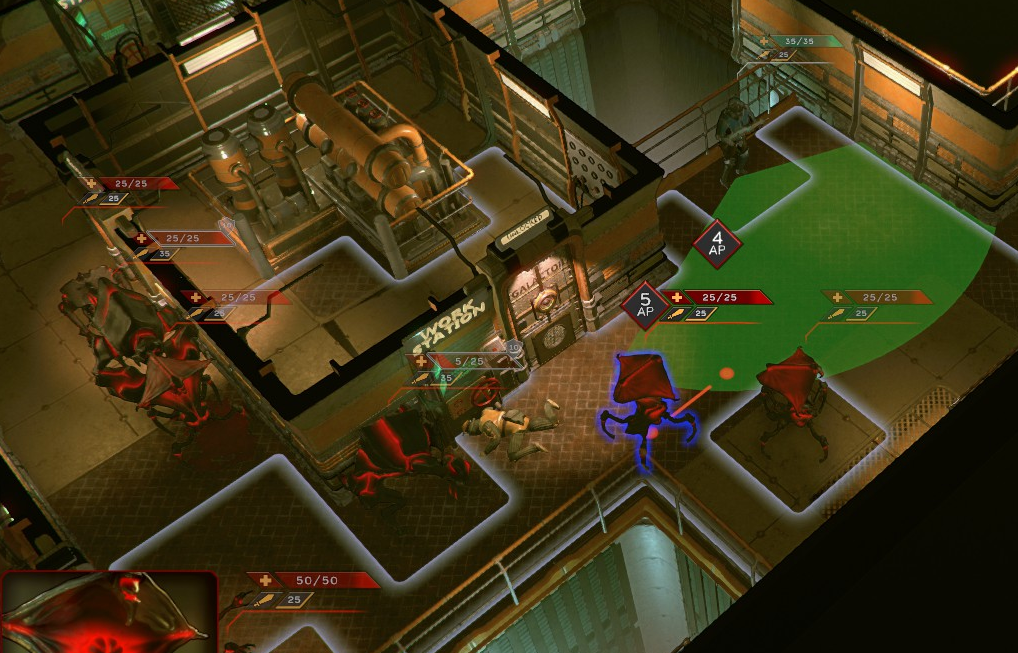 Altogether, this adds up to a game that, while fun and funny, is quite easy - at least aside from the one mission where your squad-based tactics game suddenly throws you a stealth mission with just a single Grunt. I’m sure some people will say that mission was their favorite, but I found the transition jarring. And I don’t like it when my rampage gets derailed.

I would be thrilled to see Attack of the Earthlings add an extended campaign mode, or even just a harder difficulty, but for now it’s too little of a good thing. 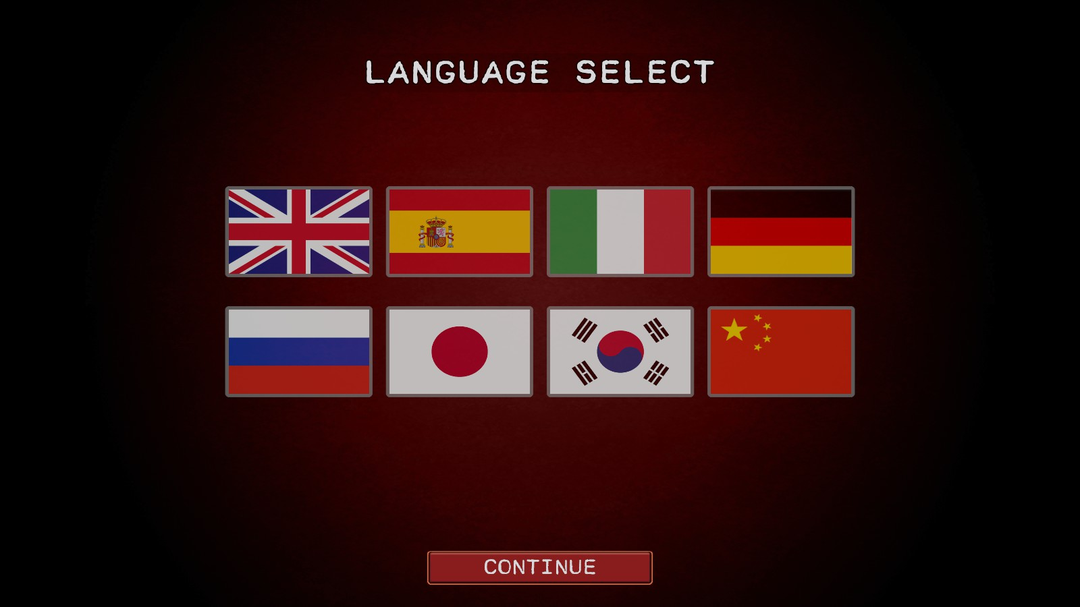 And there’s no option for ‘Murican.

Please note that my biggest complaint about Attack of the Earthlings is that there isn’t more of it. I really had fun playing this game, and if you’re into squad tactics and/or somewhat offbeat humor then I think you’ll enjoy it too. It’s a fairly barebones turn-based strategy game, but every mechanic and every option has a definite purpose. In short, this game is simply well-designed; it’s everything that it should be and nothing that it shouldn’t.

But! $24.99 is a tough sell for a game that only lasts about ten hours and has little replay value. Even at 30% off I can confidently recommend it, but in my opinion the price tag is just a little too high for what you get right now. If you’re really aching for a new game in the vein of XCOM or similar, then Attack of the Earthlings can fill the void. However, if it were me, I would definitely add this one to my wish list and wait for a good sale.