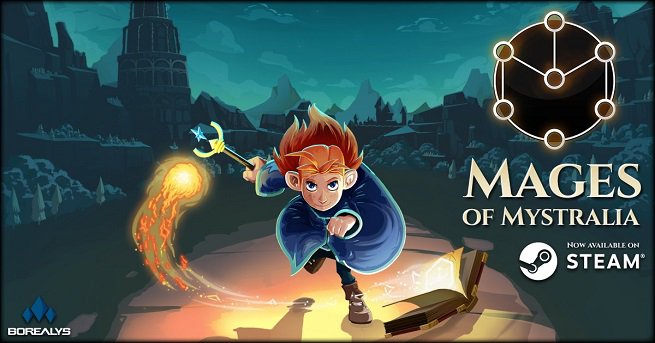 Mages of Mystralia is an action-adventure game that its developers describe as “The Legend of Zelda meets Harry Potter”. You play as Zia, a young girl who was born with magic in a kingdom where magic is forbidden. Over the course of the game, Zia learns to control and use her gift and fights to save the kingdom that rejected her.

“ The Legend of Zelda meets Lichdom: Battlemage” is probably a more accurate description of Mages of Mystralia, though that doesn’t quite have the same impact. Regardless, it’s a fun and well-designed game with a cute, cartoonish style. I would almost say it seems targeted toward younger audiences, but… well, you’ll see. 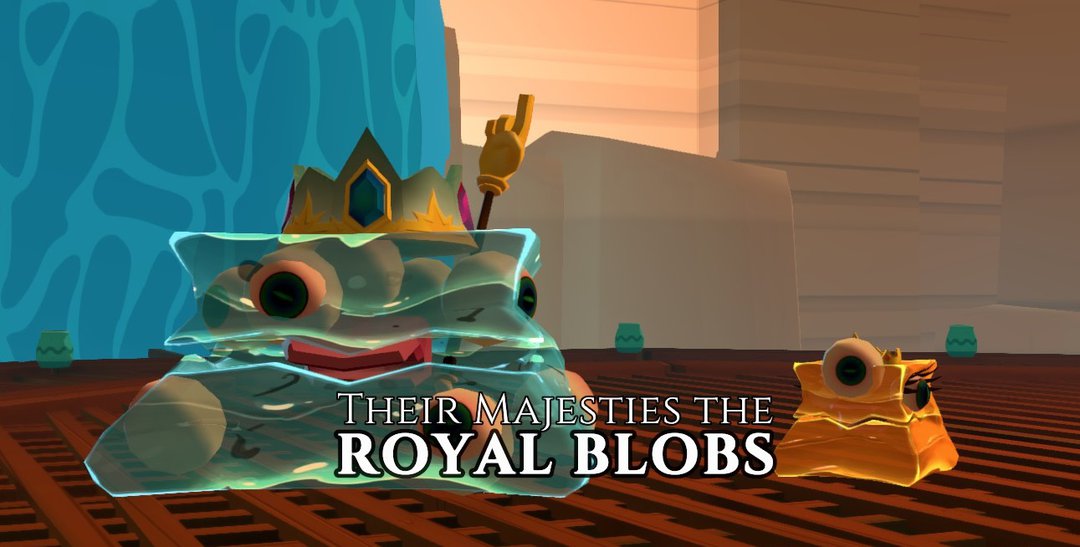 The Good: Spellcrafting For Fun and Profit

Mages of Mystralia is a pretty typical adventure game with one notable exception, which is also its main selling point: the game boasts an impressive spell crafting system where you can customize spells to do a wide variety of different things. For example, your basic Ego spell (that is, a spell that affects only you) is a magical shield that block enemy attacks. Attach a Move rune to that spell and it becomes a quick dash that can get you away from danger. Using a Duplicate rune instead will create a copy of your character that fools your enemies. Using both will cause you to dash away and leave a copy in your place. 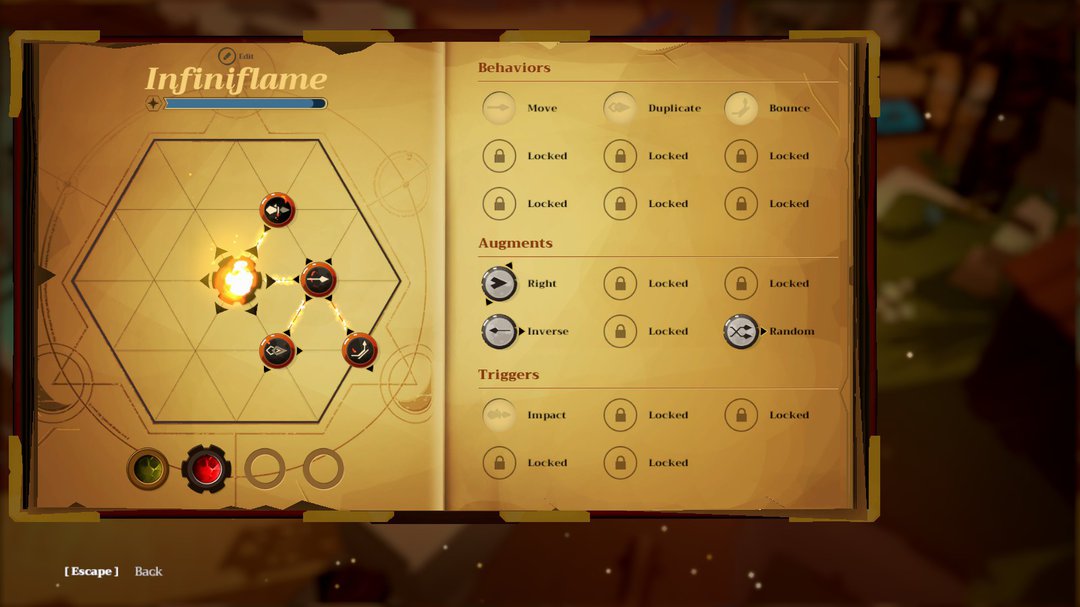 Just a few of the many runes you can use to create your own perfect spell.

That’s just scratching the surface of the spells you can create. Just by experimenting with runes, I was able to create a spell that shoots three bouncing fireballs, each of which re-casts that same spell upon impact. Three fireballs become nine, become twenty-seven, etc. I named it “Infiniflame.”

Mages of Mystralia looks cartoony and adorable, but beneath the surface it’s pretty dark. The game begins when Zia burns down her home and kills her uncle with a burst of uncontrolled magic, and things only get worse from there. The story and the kingdom’s history is fed to you in small tidbits throughout the game, and you slowly piece together how Mystralia went from the time of the Mage-Kings to now, when magic is forbidden entirely. You typically learn about what’s happened from people who tell you about their own lives, and how the changes have affected them. It all feels very natural, and keeps you hooked enough to want to learn more without overwhelming you with too much exposition. It's a great showcase for how a game can capture childlike wonder, while also approaching interesting topics at the same time.

Finally, the controls are simple and intuitive. They don’t stand out in any way, which is a good thing. Considering that they had to wrangle movement and four different types of magic, Borealys Games did well to make it all handle so smoothly. Do note, though, that it is strongly recommended you play with a controller rather than keyboard and mouse. 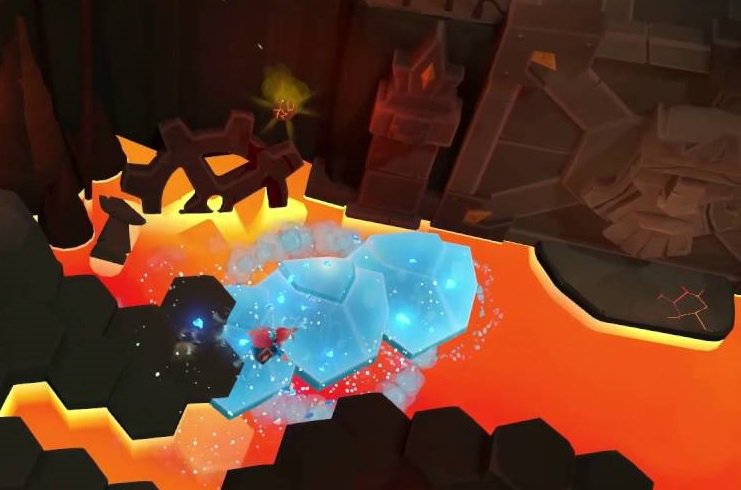 In addition to fireballs and shields, you also have a short-range basic attack and the ability to spread spell effects across the ground.

Mages of Mystralia is a straightforward game that’s good at what it does. Still, I do have a few nitpicks with it. My biggest gripe is that it has a negative difficulty curve. That is, the game doesn’t get harder as quickly as you get better.

It’s the same problem I found in Shovel Knight: Plague of Shadows - the difficulty starts out in a very satisfying place where it’s challenging, but just short of frustrating. Then, as Zia becomes more and more powerful, the challenge drops off a bit. When all you have is a simple fireball, a few goblins could be a real threat. Later in the game, although the goblins are a bit tougher and there are more of them, Zia is shooting three fireballs that explode into more fireballs that explode into lightning. It's certainly a great game for a powertrip, but it does cause the game to careen towards its conclusion, where there could have been a little more. 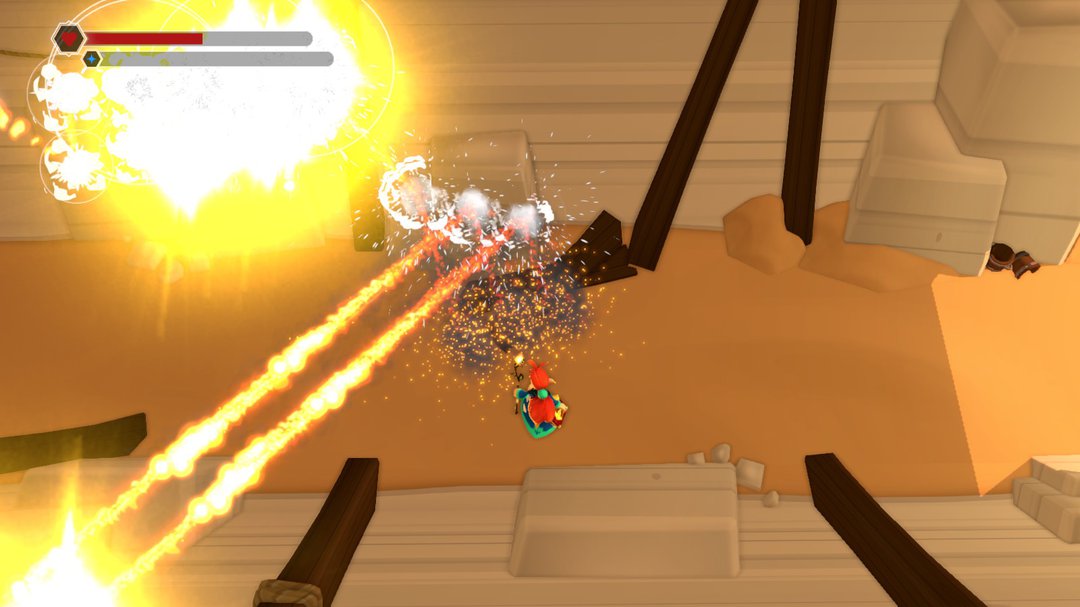 Secondly, Mages of Mystralia is like quicksand for people who just have to find everything and complete every challenge. There are a lot of puzzles and challenges in the game that give you either new runes or purple soulbeads, which you can trade in for stat boosts. Many of the challenges need specific runes before you can complete them, and some even need runes that you get from previous challenges. You could drive yourself crazy trying to find every challenge, remember where each challenge is and what you need for it, and come back to beat them all when you can. Also, tying into my first issue, if you do go out of your way to beat all the challenges and get all the items, you’ll quickly become far too powerful and the game will get too easy. On the other hand, one of the greatest pleasures in Mages of Mystralia is experimenting with new runes and seeing what crazy spells you can create.

Finally, while you could go to complete every single corner of the game, Mages of Mystralia can be short for those that rush for the end. A s of writing this article I have seven hours of play time and seem to be at the endgame. It's a beautiful game, but for those who were hoping for something to sink your teeth into for a long time, beware.

My nitpicks are just that: nitpicks. Mages of Mystralia is a fun game that knows what it wants to do, and does it well. If you’re looking for a new adventure game, Mages of Mystralia is a good choice. Its controls and overall feel are reminiscent of A Link to the Past, while the spellcrafting is something all its own. It might be a great game for the younger crowd: the graphics are fantastic and bright, and the difficulty is managable, rewarding you for creating the most ridiculous spells possible. 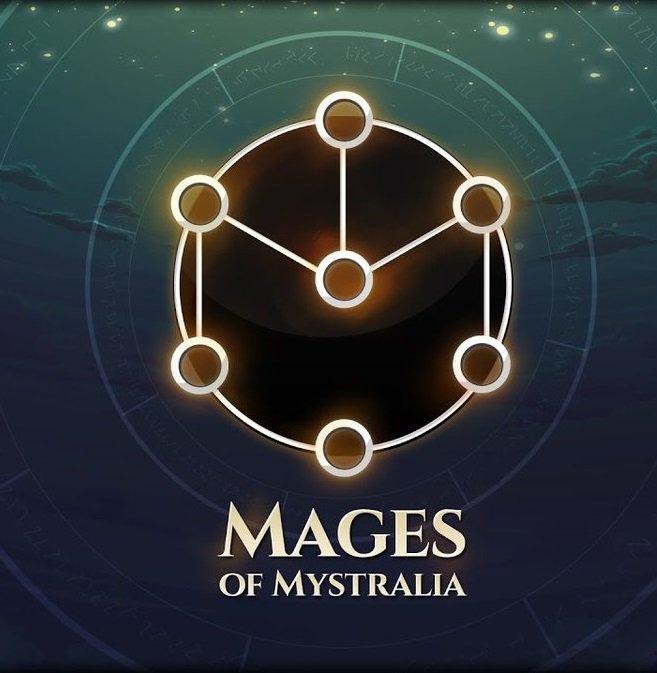 Mages is a satisfying playthrough; I might suggest waiting for a sale if this isn't your typical style of game, as twenty-five dollars is a bit steep for a game that lasts less than ten hours. However, if adventure games are your bread and butter, I definitely recommend picking up Mages of Mystralia when you can.

Have you tried Mages of Mystralia yet? What spells would you like to create? Leave us a comment here or on our Facebook page and tell us about your magical adventures and misadventures. If you like what we’re doing, please consider supporting our Patreon so that we can continue to bring you articles, podcasts, streaming, and more!