“...it's the proper morning to fly into Hell.” -Arthur Miller, The Crucible 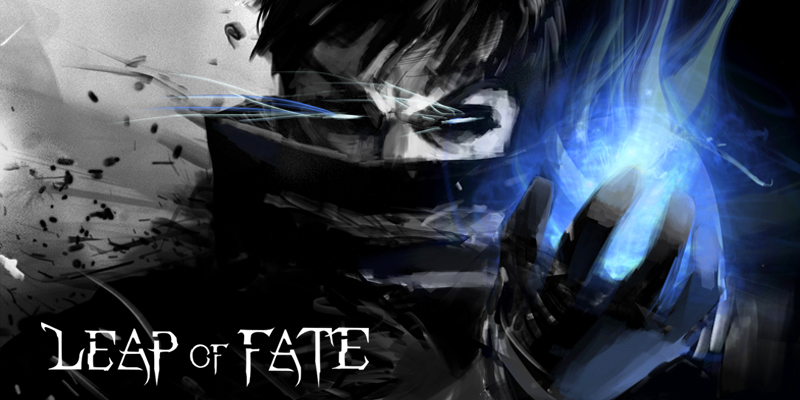 Leap of Fate is a cyberpunk-themed roguelite (a not-quite-roguelike), developed and published by Clever Plays. Picture The Binding of Isaac set in the world of Shadowrun, and you’ll have something that looks a bit like this game.

An action RPG, Leap of Fate is the story of four technomages who, each for their own reasons, make their way to the Crucible of Fates, a deadly magical trial that forces them to confront their deepest fears in physical form. If they overcome the trials, it is said that they will learn their fates and gain great power. If they fail… well, it would be best if they didn’t fail. 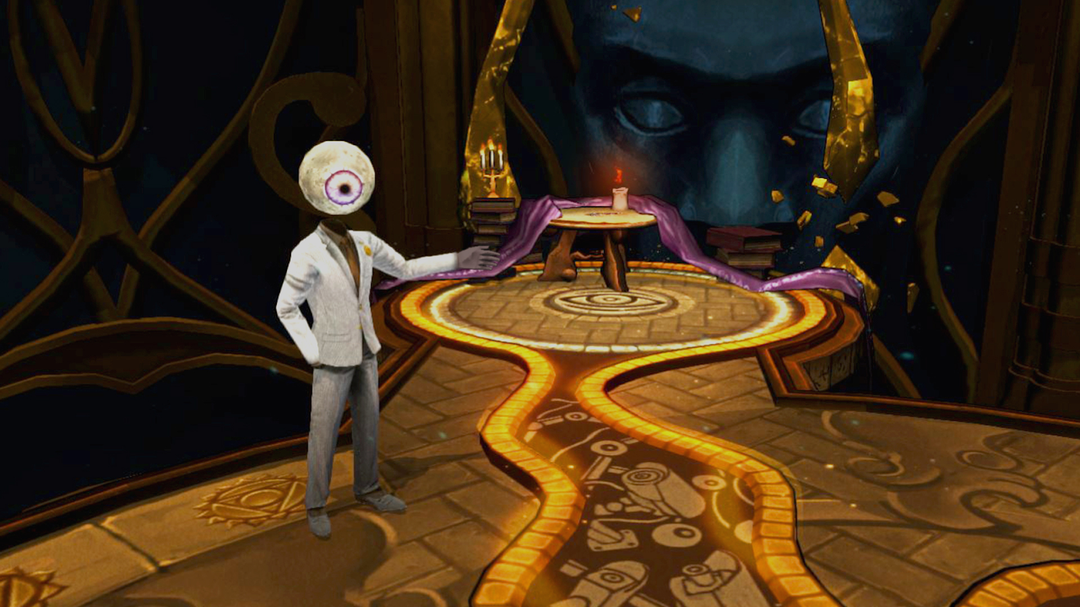 Wyatt wrote an article after demoing the game out at PAX East 2015. Now Sprites and Dice has been lucky enough to get an early release copy of the game from Clever Plays, so lets dive into my experiences so far.

You play as one of the four technomages, each with their own story and play style. The stories come out as you progress through the Crucible, mostly in blink-and-you’ll-miss-it length cutscenes or bits of dialogue. The gameplay is simple, but enjoyable: you take your mage through level after level of enemies, shooting wildly at them while trying to avoid their counterattacks. With a limited-use teleport for mobility and various magical glyphs for special attacks, it’s fast and fun with enough variety to keep things interesting and dynamic. 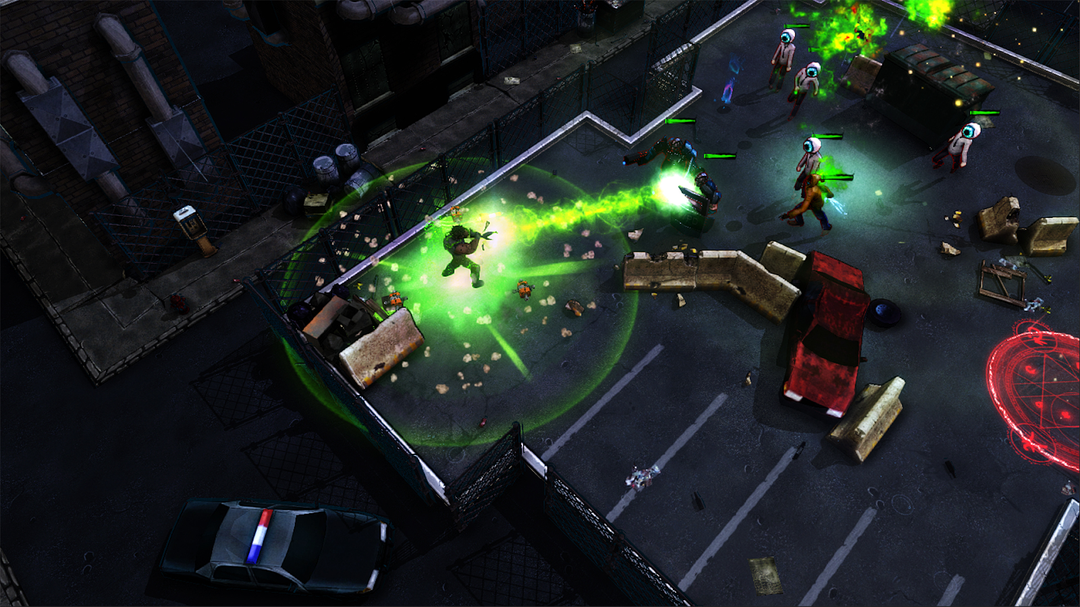 Big Mo firin’ his laser. I like Big Mo.

However, like Binding of Isaac, the thing that’ll keep you coming back is the sense of progress. Not to put too fine a point on it, Leap of Fate is tough, and you are going to die. Possibly a lot. The trick is not to strive to beat the game right away, but to try to finish the missions is gives you. Completing missions unlocks additional powers and characters, and helps you do better next time. There’s always the sense of “maybe next time” that’ll make you want to play just one more round. And one more, and one more… 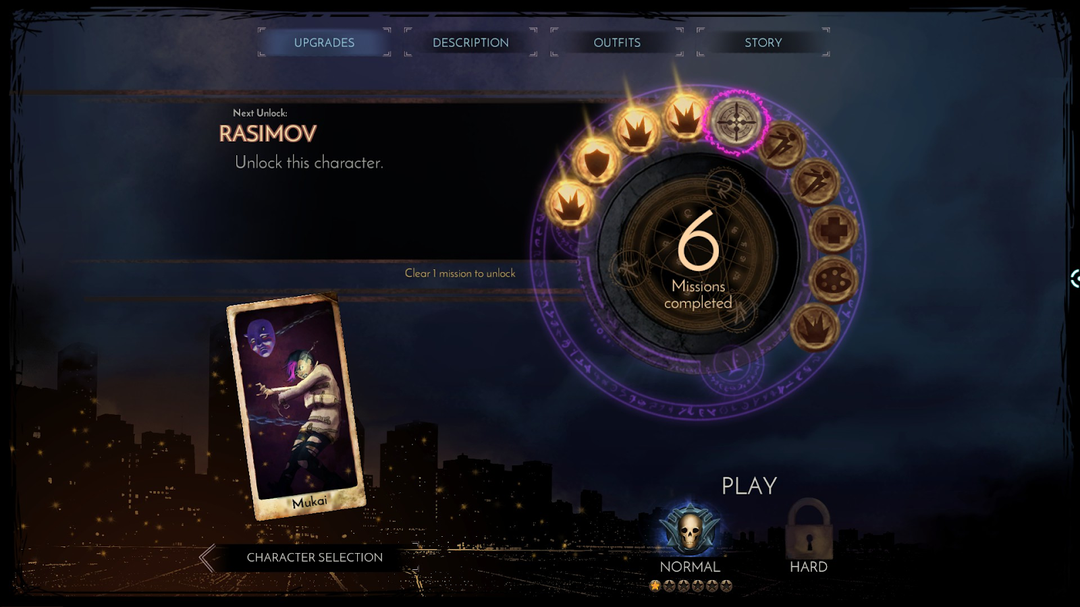 My current progress with Mukai, the insane spirit channeler.

On the subject of keeping things interesting, it wouldn’t be a roguelite without some randomization. In Leap of Fate, the randomization comes in a few forms. First, the tarot arrays that you use to progress through the game. Each level is dealt to you in the form of a tarot array. You start at the top and work your way down, which allows you some small amount of choice in how you progress. Aside from combat there are also shop cards, upgrade cards, and a few others if you get lucky (or unlucky; not all of them are good!). Your goal in each level is to find the Guardian card and win the battle within it.

Your character is also randomized to some extent. As I mentioned before, you can choose any of the four technomages, as long as you’ve unlocked them. Each always begins with their same basic attack, teleport, and magical glyph. However, throughout the game you can find other glyphs that change your special attack. Some are pretty great, some not so much, and the only way to find out what’s what is to experiment. I will say, though, that I have yet to find a glyph that’s downright bad. There's always some trick you can use with your abilities to fight against the frenetic waves of enemies that come at you in game.

Finally, there are the upgrades. Upgrades, not to be confused with the abilities you unlock by completing missions, are skills or bonuses that you can purchase with Mana (the in-game currency), and they only last until you die. Each Upgrade card that you find allows you to buy one, but there are no guarantees on which ones will be available to you. It's a way to get a solid power boost, but you have to pace when you want to spend your well earned mana on that boost. 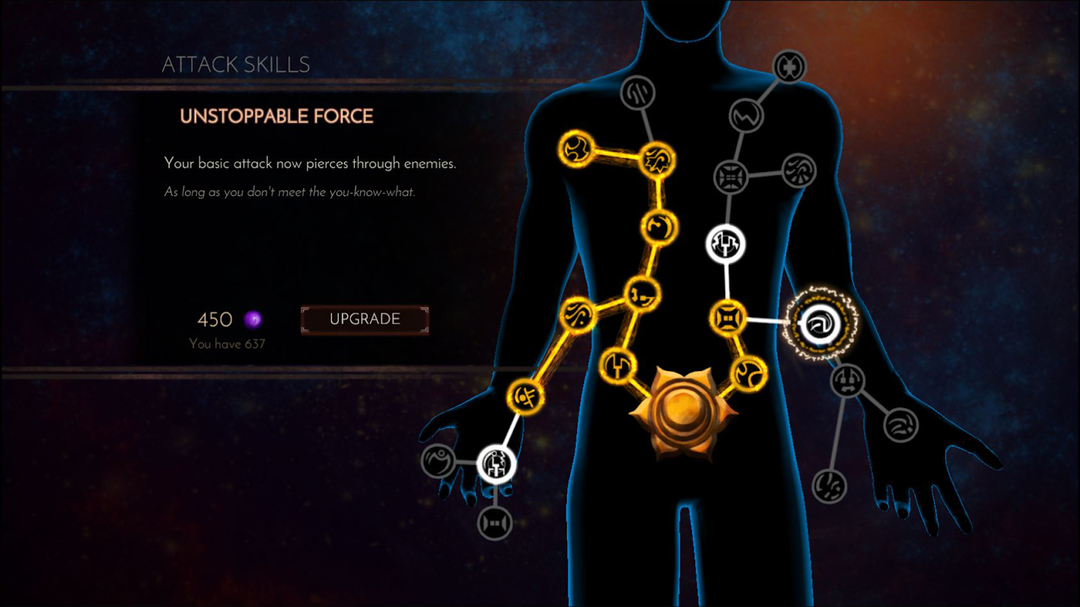 There are three types of upgrades: Mobility skills, attack skills, and passive skills. The really fun part? You don’t get to pick which category to advance.

Overall, Leap of Fate strikes a good balance of random chance and player choice. You might not like your options, but at least you’ll always have them. Add that to the teasing bits of story it drops for you, the fast and simple combat, and that nagging feeling that maybe next time you’ll get it, and you’ve got something pretty addictive. The setting and the style they are going for feels stylized, and the mixture of action and chance make for a good, fun, if sometimes frustrating game. Good luck at the Crucible.

Leap of Fate has just been released today, and Sprites and Dice wants to know what you think! Any other Early Accessors want to share their experiences? Any new players want to talk about their first time dying? Leave a comment here, or find us on Facebook and tell us what’s on your mind.