Kickstarter:
Gruff
Rage of the Trolls 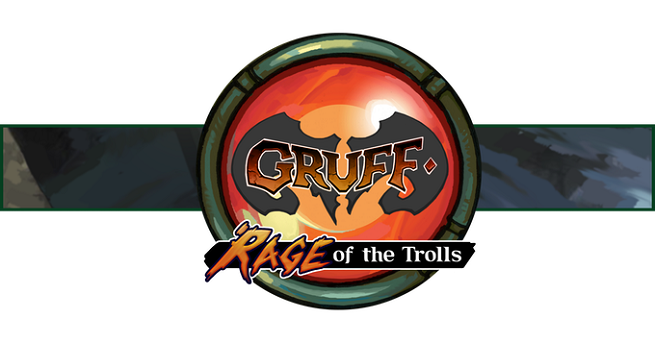 The card game Gruff is perhaps my favorite card game that no one knows about: it is fun, it is interesting, and it is ridiculously quirky. It is a game that revels in its weirdness, putting you in charge of a herd of mutated goats; its a theme you would be convinced shouldn't work at all, until you see the wonderful art that Studio Woe has lavished across the game. Using a deck of cards that you craft before the start of the game, you mutate and twist your chosen goats to become weirder and more powerful, all to face off against another team, hoping to take down their Shepherd, before yours is taken down instead. It's a fight from round one, where you choose your attacks and cards carefully to break through enemy lines, often by using attacks that involve launching pestilence at your foes...or by putting motorcycle wheels on a goat. 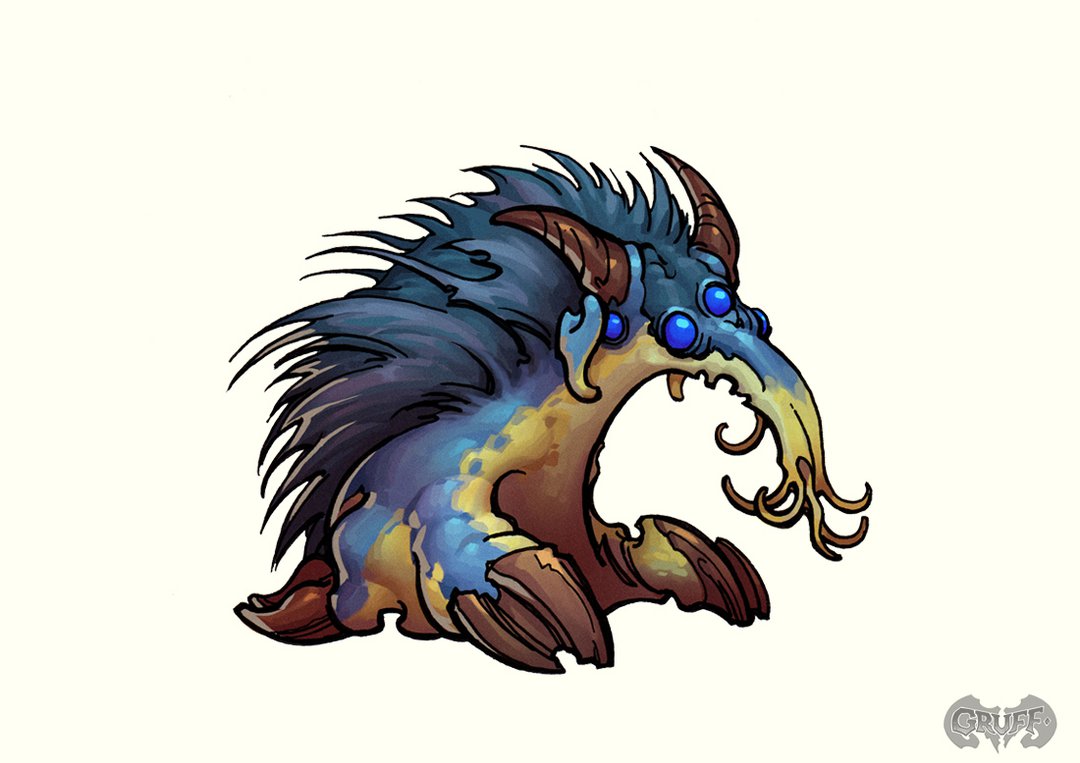 Have I mentioned these aren't your normal goats?

This game is zany and wonderful. We've reviewed it before, and we are happy to have a chance to revisit the game, thanks to the brand new kickstarter, Rage of the Trolls. After having a week or two to play with the cards from this new set, we can safely say that this new expansion is certainly worth your money.

What Rage of the Trolls Brings To The Game

Rage of the Trolls is an expansion to the game that honestly brings more to the table than the last expansion, Clash of the Battlegoats. The biggest addition is simply the addition of the trolls - a new set of cards that allows you to play Gruff co-operatively instead of just pitting two people head to head. 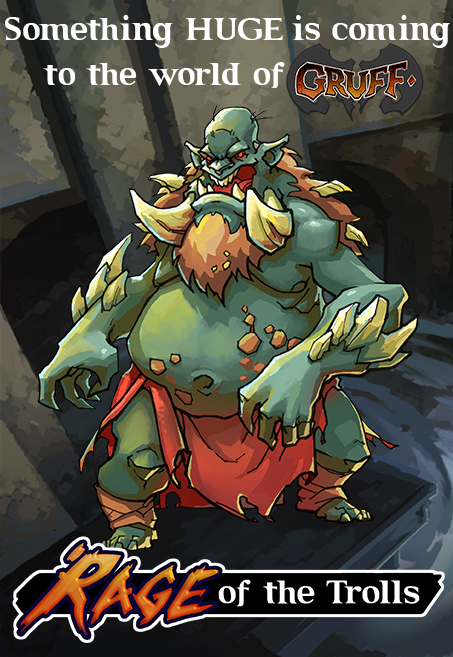 While a typical game involves you and one other player fighting, playing with a Troll changes all of that. While normally you rely on three chosen monsters to be your attack and defense, the Troll is a solitary monster that just gets stronger as the game goes on, eventually being able to destroy goats in one attack. The troll you face is controlled by a designed set of cards that are included in the box, so part of the challenge will be determining the best tactic to take them down as quick as possible. It is a fun challenge, and a welcome alternative way to play. You might have to build your decks of cards differently than when you play a human opponent alone, in order to handle the challenge. While I do wish the box came with more than one troll, backing the kickstarter does give you access to more immediately when the game comes out. 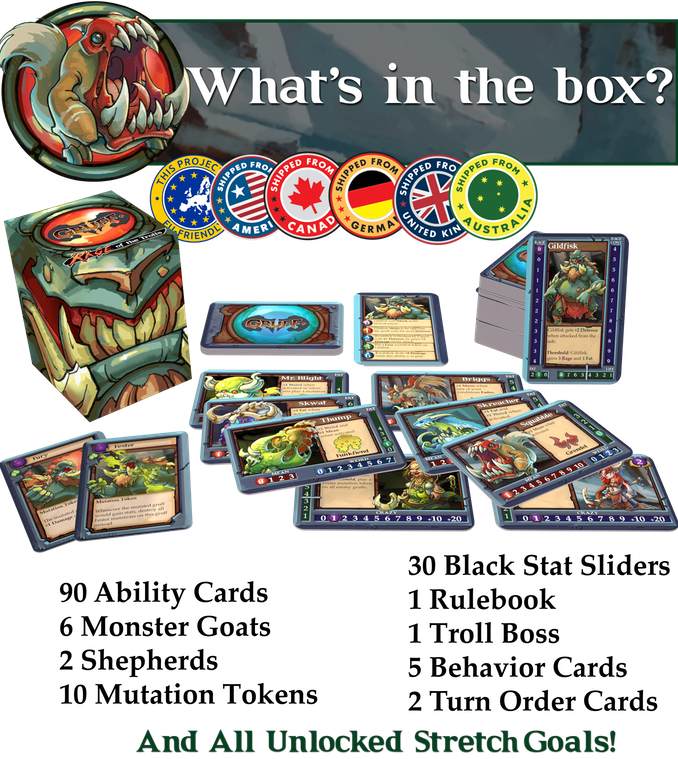 While the co-op challenge of a troll is the main new draw with this expansion, that is certainly not the only reason to be excited for it. With six goats in the box, Rage of the Trolls has enough to be a stand-alone game for two players to play against each other. Remember, when you make a deck in Gruff, you choose three goats, and then each goat has fifteen different ability cards to choose from, to end up with a personalized deck of 24 cards. That creates a lot of variety in your different games, and if you do treat this kickstarter opportunity to either buy a base copy of the game, or add it to your already existing collection of goats, the amount of new options immediately increases. It's safe to say that if you like the base game, and you aren't typically a fan of co-operative play, this expansion still has plenty for you to do.

This Kickstarter Is A Great Chance To Dive Into Gruff

I know that this Kickstarter spotlight sounds like I’m selling Gruff to you hard, and that’s because I am. I honestly believe that this is one of the most fun card games out there at the moment, and it is a shame that the game has not gotten more publicity for what it is. I've played the game since I discovered it, and everyone I show it to either loves the game mechanics or the amazingly bizarre art within a few minutes. Rage of the Trolls is no different: I have played with the new creatures several times since getting my demo set of cards, and I love the new strategies they bring to the table. 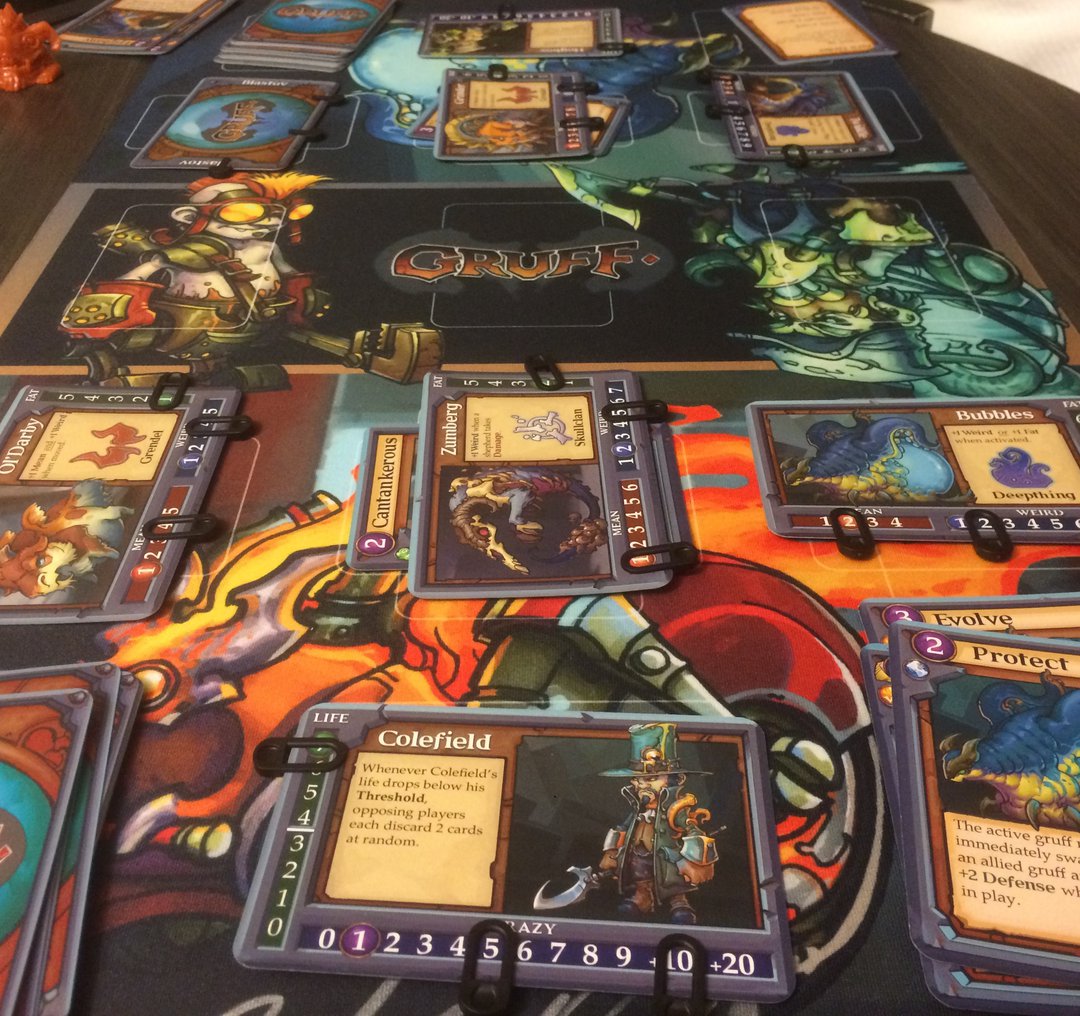 This kickstarter is worth every penny, especially if you don't have any of the game at all yet. Buying the $75 combo tier in the kickstarter gets you every card in the game, alongside a playmat, which is typically a $105 dollar set retail. When you take into account that this game has replaced Magic: The Gathering for me, that's a great pricepoint. Of course, if you already have gotten the base game, the expansion is a modest $25 dollars.

As of the time of me writing this, Gruff: Rage of the Trolls has only 55 hours left on the clock for its Kickstarter. What are you waiting for? Trust me when I say this is a game you don't want to miss a chance to get into.