Keep Talking And Nobody Explodes

Cooperative Puzzle Solving With A Twist

Keep Talking and Nobody Explodes

“Alright. What’s the last digit of the serial number?”“What?”“The bomb’s serial number.” My partner is trying to stay patient. It’s my first live bomb, and I’m the one who dies if we get this wrong. “What is the last digit of the bomb’s serial number?”“Where would I even find that?!” I’m also trying to stay calm, with somewhat less success.“On the casing. Somewhere along the edges, probably.”“Alright, hold on, hold on…” I frantically flip the bomb every which way. I finally see a small tag screwed onto the side with a series of letters and numbers. I hope this is it. “Four.”“Even. Damn. Are there any red wires?”Back to the wires again. “No, no red wires.”“Okay, you’re going to cut the fourth wire.” 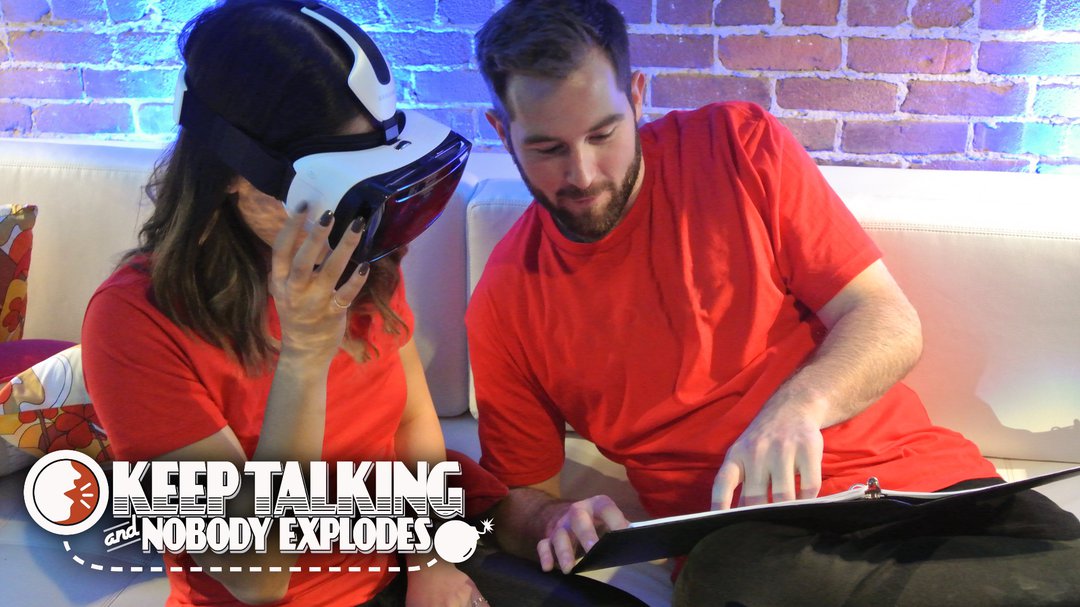 I count the wires. “Fourth, you said?”“Yes.”I cut the wire, and the bomb makes an angry sound.“What happened?” My partner asks sharply.“I cut the wire but it didn’t work! The bomb’s still counting down.”“You cut the fourth wire?” he confirms.“Yes!” A thought occurs to me. “Fourth from the top or bottom?”“From the top!” my partner snaps back. “You count top to bottom, just like reading.”“Oh,” I squeak. I count down from the top this time, and cut the fourth wire. The bomb powers down and the timer stops. The clock shows 00:43. I breathe a heavy sigh of relief. “Done. The bomb’s disarmed.”My partner sighs as well. “Okay. Good work. Of course, that was about as easy as a bomb gets.”I groan. It’s going to be a long career. 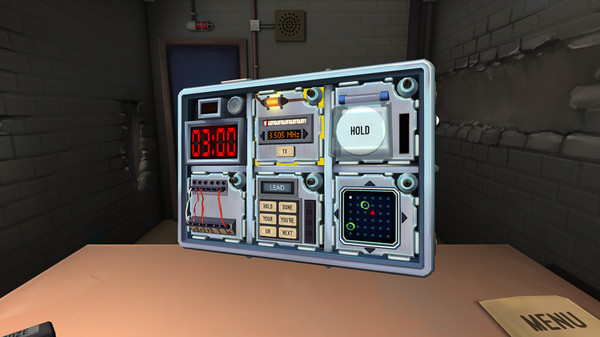 Keep Talking and Nobody Explodes is a two-player cooperative puzzle game with a unique setup. One player sits at the monitor and sees something resembling the above picture. That player is the only one who can see the bomb. The other player, who is not allowed to look at the screen, has the instruction manual. The two must work together to solve a variety of puzzles and disarm the bomb before it blows up. Too many mistakes will also cause the bomb to explode. It’s a test of teamwork, communication skills, and grace under pressure.

The Good: A Different Approach To Co-Op Play

I’m always excited by new ideas, and this is one I definitely haven’t seen before. Keep Talking and Nobody Explodes is a cooperative puzzle game at its core, but with a unique implementation. The players need to rely on each other in a way that most cooperative games don’t allow for. Most of all, since neither player can see what the other sees, the game requires trust. The player disarming the bomb has to trust that he’s being given accurate instructions, while the one with the manual has to trust that she’s being given accurate descriptions. Any confusion or lack of clarity, which can happen pretty easily with the more complicated puzzles, can quickly lead to a loss. 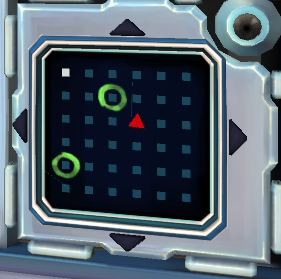 My partner and I had particular trouble with the Maze module as I tried to accurately explain where the circles and triangle were.

The sheer variety of puzzles in Keep Talking is also pretty impressive. There are about a dozen different types, each with a number of different permutations. The game also makes sure to introduce new modules at a slow but steady rate, making it so that every time you think you have a handle on the game it throws something new at you. Also, sometimes the lights in-game will flicker or go out, just to keep things interesting.

Finally, Keep Talking and Nobody Explodes manages to combine its game mechanics with its story (such as it is). Steel Crate Games could have just made a puzzle game with a bomb theme, but they went one step further by introducing the second player and the need to communicate. It makes you feel like you’re really on a bomb squad, talking to your partner via headset, as the two of you frantically try to figure out how to disarm a device designed by a madman. Or at least, it’s what I imagine being on a bomb squad would feel like. 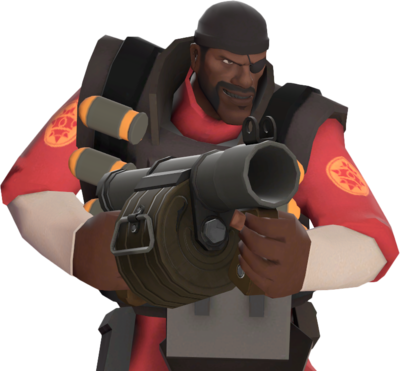 I’m not an explosives expert, but I’ve played a lot of Team Fortress 2!

The Bad: Even a mad genius can only invent so much

Keep Talking and Nobody Explodes suffers a bit from limited replayability. Although the bombs are always randomized and there is a great deal of variety in the puzzles, eventually you’ll learn all the possible solutions to the puzzles and be able to solve them at a glance. Three wires, no red ones, and the bottom wire is white? Cut the white one. A blue button that says Abort? Hold it down. A yellow light shows up when you do? Release the button when there’s a 5 anywhere on the timer. While there are a lot of different possibilities, the number of answers is still finite.

The only other real problem this game has is the need for two players. In theory, one person could take on both roles, reading the instruction manual and disarming the bomb simultaneously, but it would be difficult and would take away half the fun. Much like playing a 2-player board game by yourself, you’d lose out on the interaction and personal connection. Still, the fact that this is a computer game that can’t (or at least shouldn’t) be played by one person is worth noting.

Keep Talking and Nobody Explodes is worth picking up just because I guarantee you’ve never played anything quite like it. It’s great to play with friends, and it’s almost as much fun to watch people yelling at each other as it is to play yourself. With a reasonable price tag of $14.99, I definitely recommend adding this one to your collection.