A Battle for Your Soul in Hand-Drawn Splendor 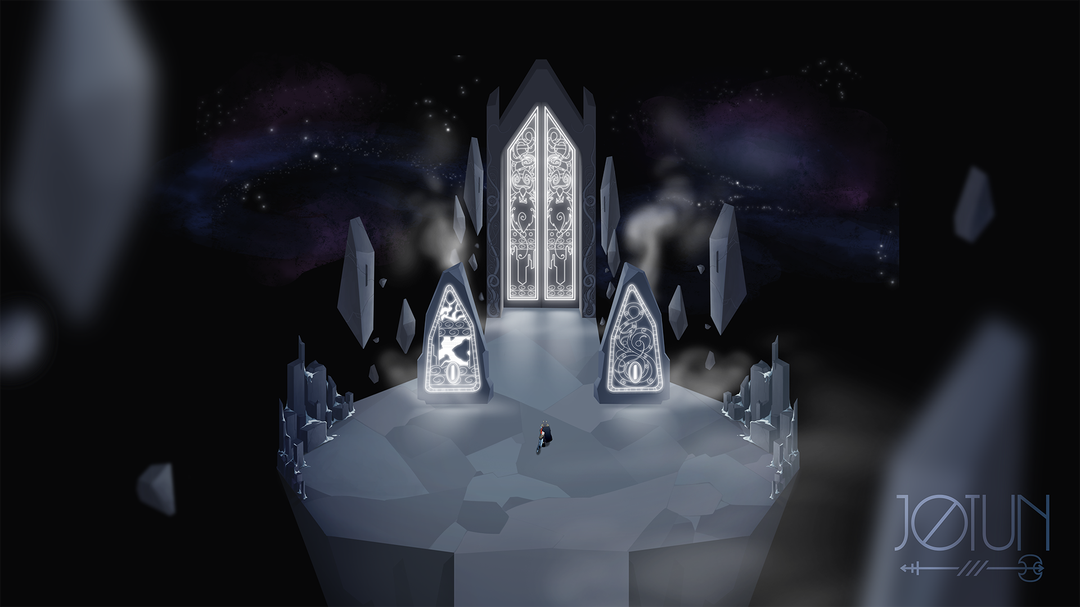 Here at Sprites and Dice, we were lucky enough to receive an advance copy of Jotun from the developer, Thunder Lotus Games. I had played and enjoyed their demo at PAX East 2015, and while it was good, it was unfinished. When we got the copy last week, I was excited to see how far it had come since then. Quite a long way, as it turns out.

You take on the role of Thora, a mighty Viking warrior who died ignobly in an accident and so was not accepted into Valhalla. However, all is not lost. If you are able to find and defeat the five Jotuns, -giants from Norse mythology- in combat, the gods will be suitably impressed and will allow you into paradise. It’s a tall order, but Thora is up for the challenge. 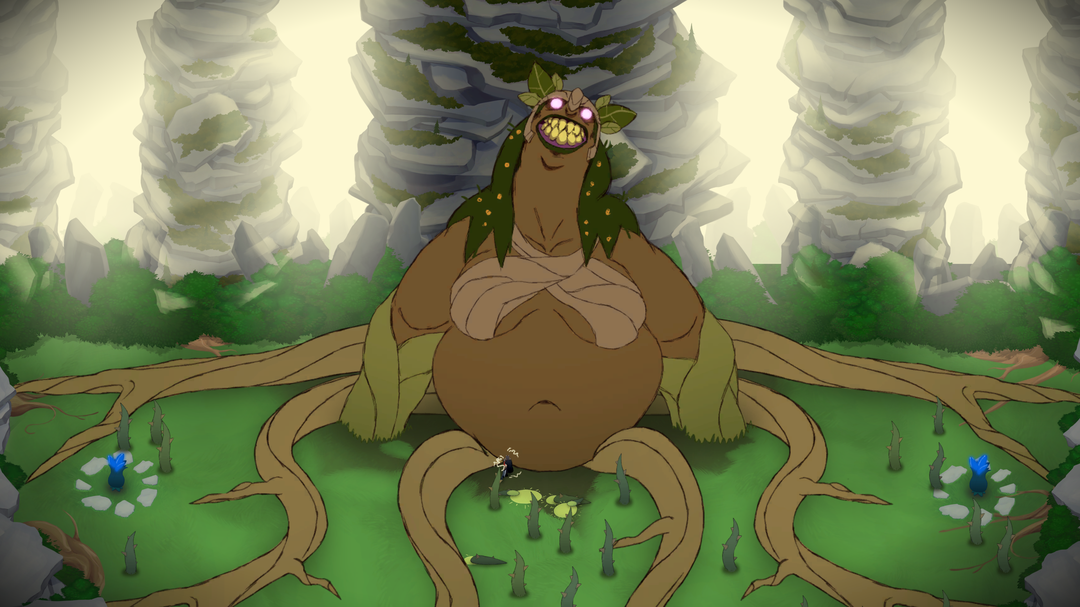 Ginnungagap: The void at the beginning of all creation, and the place where Thora finds herself upon her death.

This serves as a central hub, and gives an idea of the sheer scope of the in-game world.

Jotun is somewhat along the lines of Shadow of the Colossus , if it were done in the style of Bastion . It’s a top-down adventure game where you battle against massive enemies using skill, strategy, and your trusty axe. You’re helped along by Thora’s narration and occasionally by helpful hints from the gods themselves. While that description makes the game sound derivitive...it isn't. Thanks to a strong sense of art direction and style, it becomes it's own beast, one that does what it sets out to do.

There are two main focuses in Jotun : combat and exploration. The fighting is slow compared to many other games, but demands near-perfect planning and technique. The Jotuns’ attacks have huge buildups and tend to take a long time, but each attack fills so much of the screen that a last-second dodge is out of the question. This makes for a less frantic and more strategic style of fight not usually seen in one-on-one combat. It’s actually a bit like Punch-Out : It’s not about reflexes and reaction times so much as learning attack patterns and how to counter them. 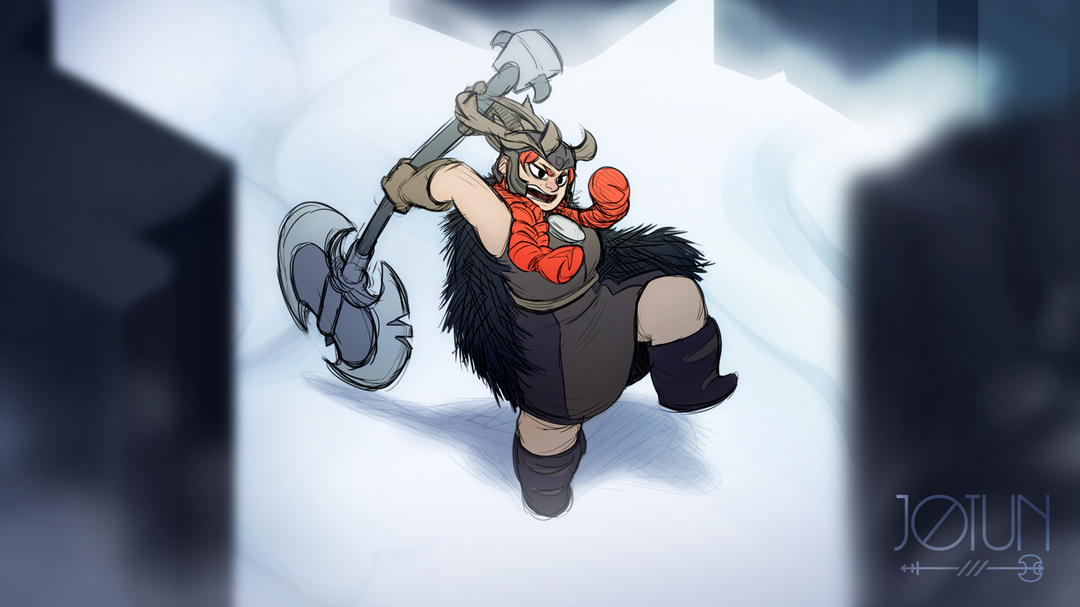 Our heroine Thora showing off her signature weapon

Thora fights primarily with her axe, which has only two attacks: A quick slash and a heavy smash. As you progress, you receive a variety of abilities from the gods as well, slowly adding to your repertoire. Using Thora is reminiscent of the first Diablo game, consisting largely of point-and-click interaction along with the occasional spell. It is a simple system, but a good one. It’s the kind of control scheme that is easily learned and intuitive to use, the kind that you don’t struggle with while running in circles around a monster the size of a large house, trying to figure out which part of his toe you should bury your axe in. 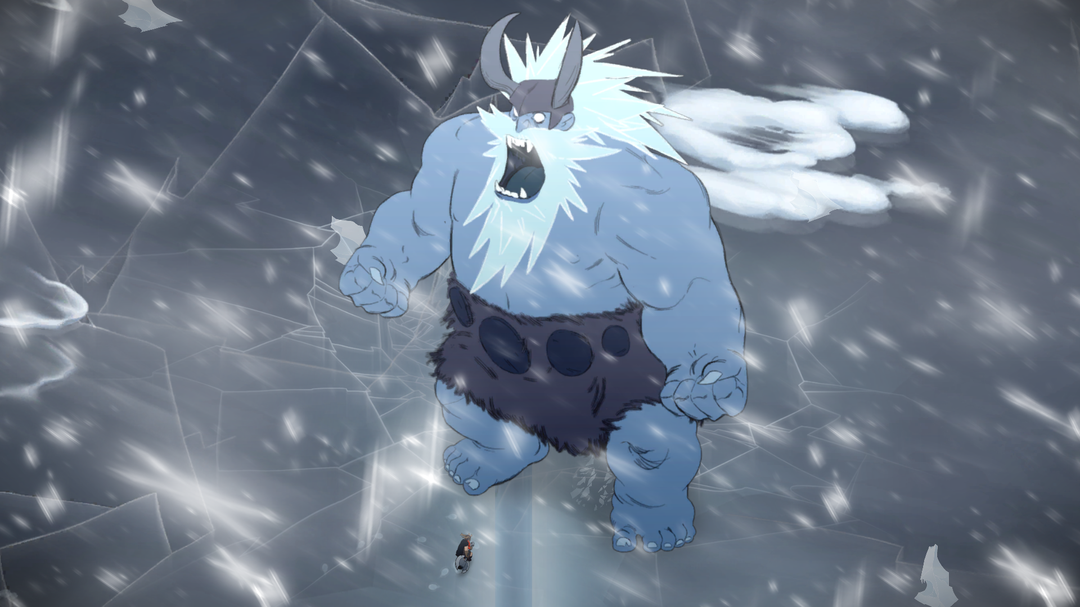 Isa, the Winter Jotun. That little speck down by his feet is Thora.

I’m sure you’ll be fine.

This combat system was on display at PAX East, where they allowed attendees to take a crack at the Winter Jotun (seen above). While it was a solid demo and enjoyable enough, it didn’t really wow me the way some others did. It is fun and engaging, but as it turns out, the missing piece of the puzzle was the exploration.

For supposedly being a game about fighting enormous monsters, where Jotun really shines in its world-building. The Norse mythology-inspired levels are widely varied, beautiful, and deadly. From the frozen wastes of Niflheim to the massive branches of Yggdrasil, each level presents you with dangers to navigate or puzzles to solve on your way to the encounter with that area’s Jotun. As an added bonus, you just might learn or relearn some mythology along the way.

Since talking too much about the world would ruin the fun of exploring it, I’ll just end this section by saying that while the battles were fun, I wasn’t really sold on this game until I started trekking my way across Jotunheim. The hand-drawn backdrops are gorgeous, and even though this is an indie developed game, give it a sense of depth and larger-than-life that some adventure games miss. 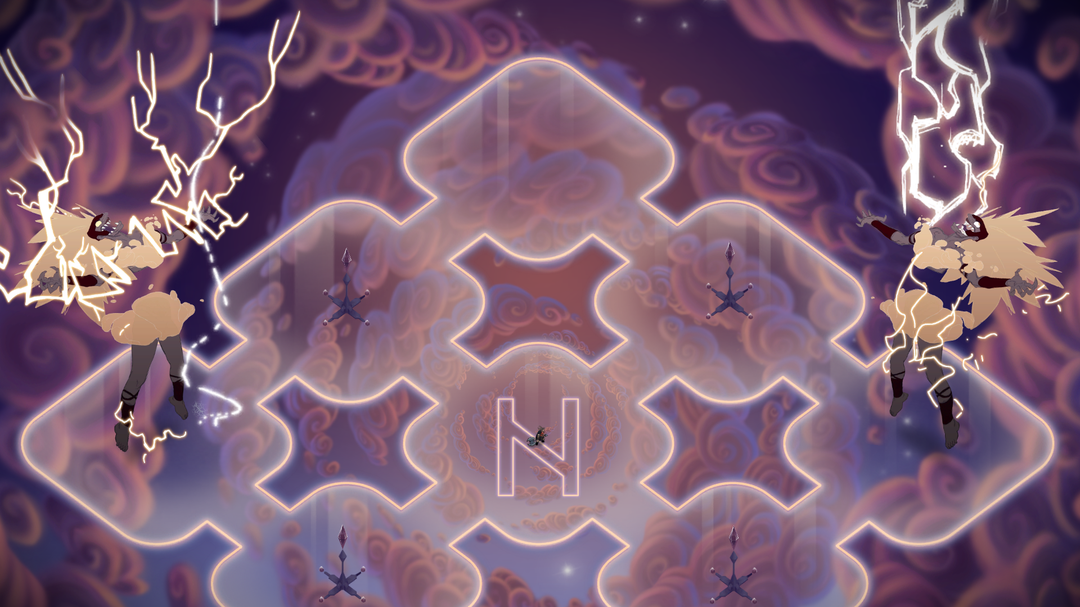 While Jotun doesn’t exactly provide an education in Norse mythology, it does introduce some concepts and terms that an interested player could research. It’s just enough to appeal to my inner mythology geek.

Jotun really has a lot to offer; much like the in-game world, it's a lot bigger than it first appears. It doesn’t rely on high-powered graphics or gimmicky mechanics, but instead on the thrill of exploration and the excitement of fighting monsters whose toenails are as big as you are. 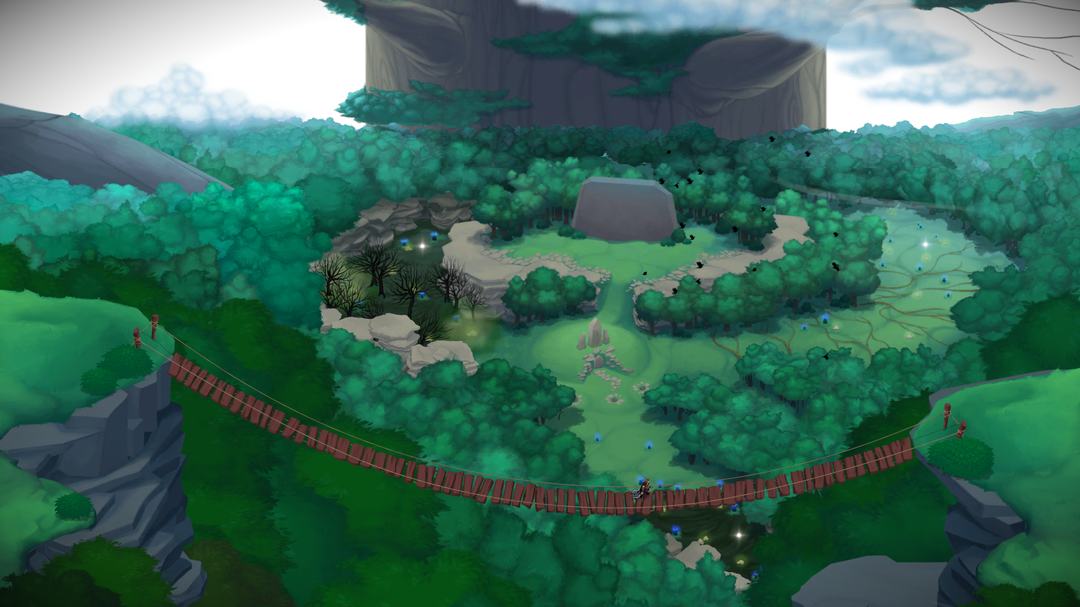 Have I mentioned how expansive and pretty these areas are?

Have I mentioned that it’s all hand-drawn?

Jotun is coming out today. If you’ve got fond memories of exploration games, want something a bit different out of your boss battles, or just have a soft spot for Norse themes, I highly recommend giving it a try.