Freedom Planet by GalaxyTrail is to Sega games what Shovel Knight is to Nintendo. It’s a lovingly crafted platformer that plays like classic Sonic the Hedgehog, with some brawler elements reminiscent of Golden Axe for added flavor.

From left to right: Milia the Basset Hound, Lilac the Dragon, Commander Torque, and Carol the Wildcat.

I’ll admit up front that I haven’t played nearly as much classic Sega as I have Nintendo, so there’s every chance that this game is doing clever things that are going over my head. Even so, I’ve had a lot of fun with it. Freedom Planet lets you take control of one of several anthropomorphic animals. Aided by your technologically-savvy friend and his airplane, you race through a series of high-speed levels to save a magical gemstone from an evil warlord and… huh, this is sounding pretty familiar already. 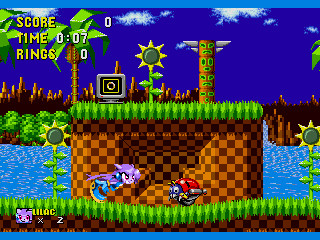 Don’t let that fool you, though. On the surface it might seem like just an off-brand Sonic the Hedgehog, but Freedom Planet has a lot to offer. It’s well-made, exciting, and most important of all, a lot of fun. Basically, if you enjoy the classic Sonic games then you’re going to like Freedom Planet. However, while it is obviously a tribute to the Sonic franchise, the differences are what make it shine.

First of all, the plot isn’t quite as straightforward as most Sonic games. Yes, in the end it boils down to “run really fast and beat up the bad guy,” but there’s a lot more going on. Lord Brevon, an intergalactic warlord and conqueror, wants to steal the Kingdom Stone and use its supposedly near-limitless energy to power his army. You’re trying to stop him. Meanwhile, the three major kingdoms on your world are in a constant state of backstabbing and treachery, alliances are made and betrayed, people are killed, others try to take revenge, and so on. We’re not talking Game of Thrones levels of political intrigue here, but Avalice is a complicated and dynamic world. Even Lord Brevon seems to feel like he’s doing the right thing.

The characters, like the world, are pretty interesting. Far from the beloved heroes you’d expect, Lilac and Carol are actually former criminals. Their reputations work against them throughout much of the game, and the frustration of that plays into the overall story very well. Lilac’s stubbornness and Carol’s short temper don’t help matters. Milla is a timid girl whom Lilac finds lost in the woods, who is nonetheless able to do some amazing things. Torque is a smart and capable military commander who gets stranded on Avalice and joins forces with Lilac to fight back against Brevon. While the main focus is obviously on the gameplay, the interactions between the characters are sometimes pretty powerful. 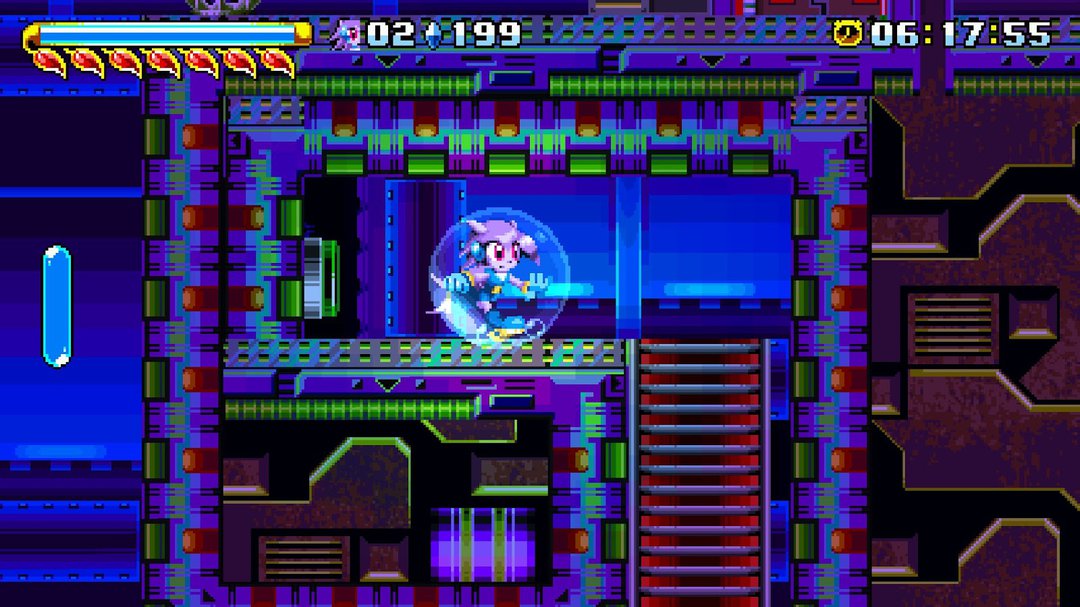 Finally, let’s get to the reason why we’re here: the gameplay. You have three characters to choose from —though Milla can only be played in Time Attack mode—and each has their own distinct style.

Lilac is my favorite to play. She’s the fastest and most agile of the characters, boasting movement-enhancing tricks like the Dragon Cyclone and Dragon Boost. The Boost rockets her forward after a short charge-up, much like the classic Spin Dash. Unlike the Spin Dash, however, the Dragon Boost can be used in midair and angled up or down. The Dragon Cyclone spins her around like a helicopter’s blades, giving her a second jump and a delayed fall. As a bonus, both the Cyclone and Boost cause damage to enemies and so can be used as attacks. Though admittedly, hearing her shout “Cyclone!” does wear a bit thin after the two-hundredth time you use it.

Carol doesn’t have Lilac’s mobility, but she’s a much stronger fighter. Her second jump causes her to pounce forward, which can chain into a strong claw attack. Instead of the Dragon Boost, Carol has the Wild Kick, which makes her briefly invincible while she launches a flurry of kicks worthy of Chun Li. To make up for her lack of mobility, Carol has the ability to climb by wall-jumping, can use the red boost pads scattered around the level, and —if you’re lucky enough to find the powerup—can ride the most ridiculous motorcycle ever. 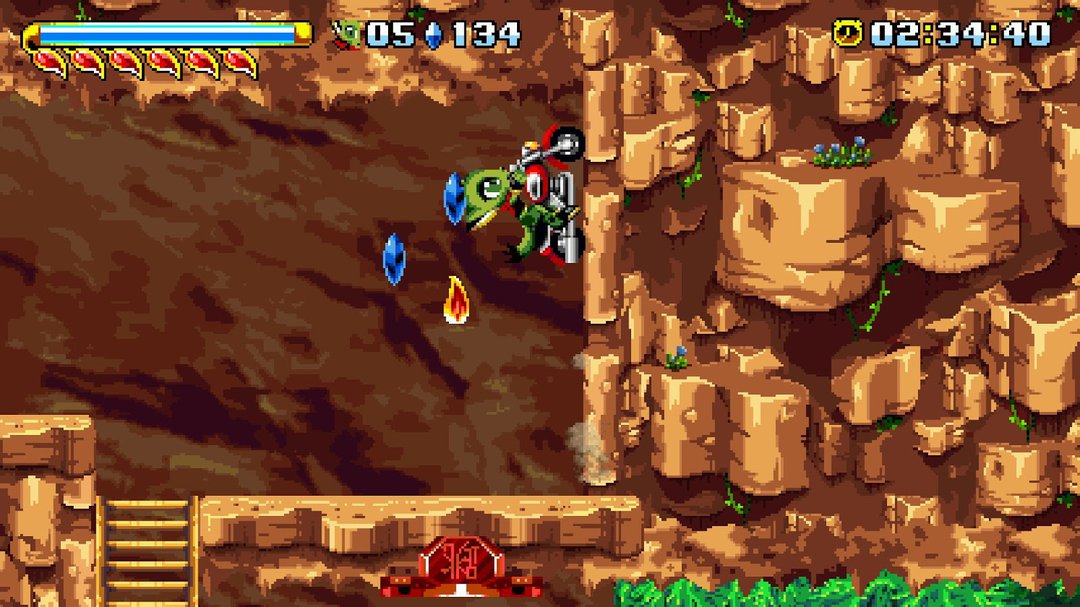 Milla’s an odd one, and much harder to play well. She’s not as fast as Lilac, or even Carol, and her powers don’t add much to that. She has the ability to create small explosive cubes and put up a shield that shoots out a tiny burst of energy when it’s released. If you chain the moves together, you can make a bigger shield that deals much heavier damage, but it’s hard to master compared to Lilac and Carol’s quick attacks. She also has much lower health than the other two. Milla is an interesting challenge, and one that I plan to explore a bit further.

Speaking of challenge, Freedom Planet is pretty easy right up until it is very much not. Expect to breeze through most of the levels fairly quickly, but don’t be surprised when your swift progress slams into a brick wall. Repeatedly. The later levels, particularly the boss battles, are tough. In classic video game fashion, it’s all about learning the attack patterns and how to counter them. 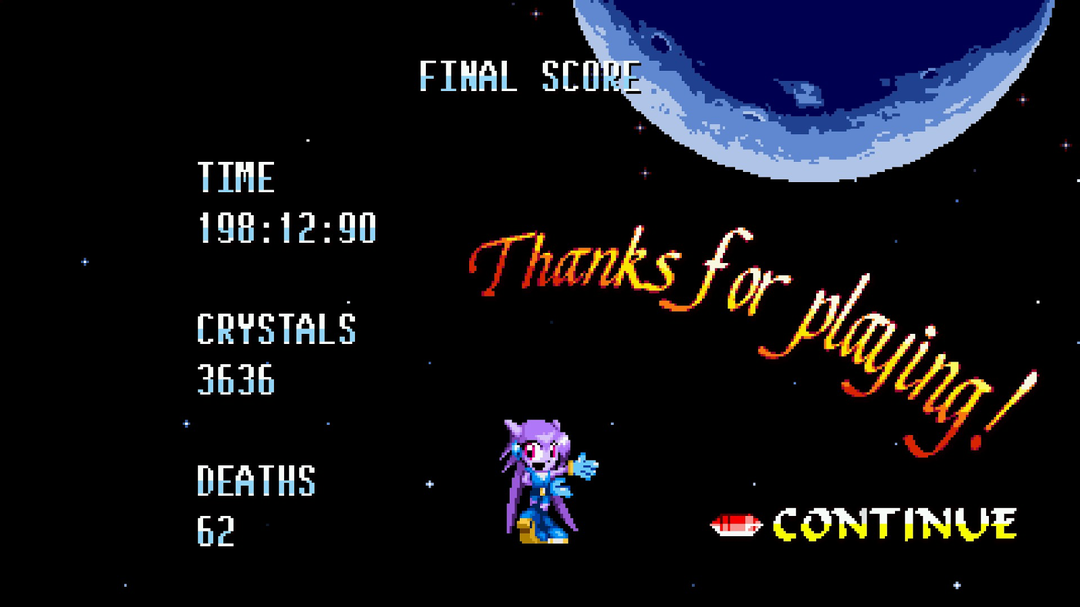 That death count was 12 at the halfway point.

Overall, Freedom Planet is a great little game that pays well-deserved homage to some of the classics. If you’re wondering what put it on my radar in the first place, it was the announcement that Freedom Planet 2 is in the works. That alone was enough to make me take a step back and spend some time with this great game. This series is one that I’ll definitely be keeping an eye on.

Do you have a favorite retro game? Want to educate me on all the little Sega shoutouts that I overlooked? Think Lilac really needs more than one victory pose? Like us on Facebook or follow us on Twitter and join the conversation!