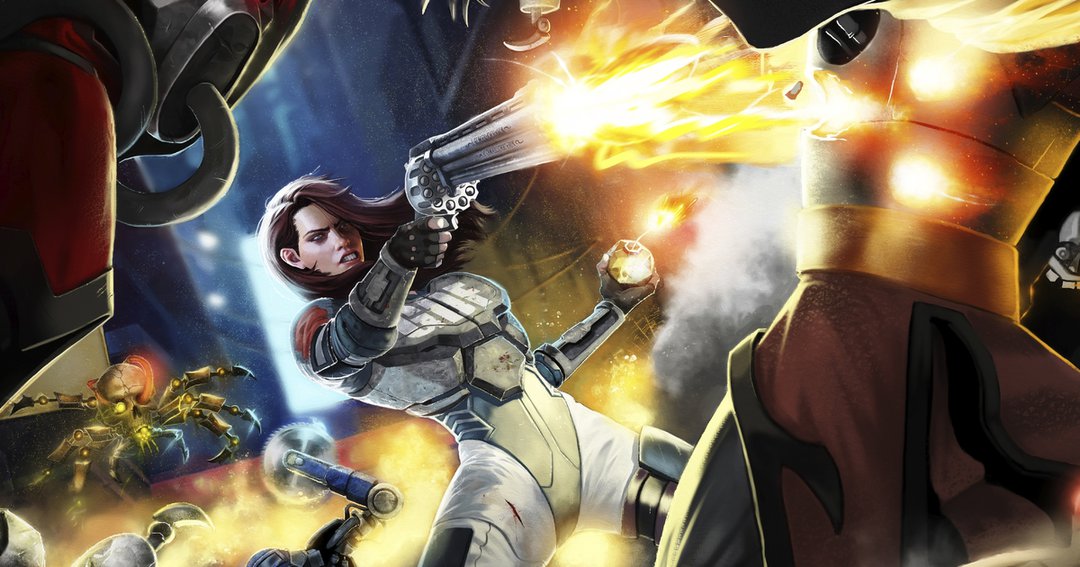 As we all know, the Duke Nukem franchise hasn’t gotten a proper main-series title since Duke Nukem 3D way back in 1996. It’s been quite a long hiatus, but 20+ years later they’ve finally dusted off the old Build engine to see what happens when you combine late 90s run-and-gun action with modern gaming trends and know-how.

The result is Ion Maiden, the newest game from 3D Realms. It’s a prequel to Bombshell, an action RPG that came out in 2016 (which was itself originally going to be a Duke Nukem game), and the spiritual successor to Duke Nukem.

Both A Throwback And A Step Forward

Ion Maiden is a return to a simpler time when games didn’t need lengthy opening cutscenes, extensive dialogue, or profound messages. A time when it was acceptable - encouraged, even - to play a character with a name like Bombshell and revel in gunning down your enemies, and nobody expected anything more; it was an age when games were so mindlessly violent that older generations were convinced they’d turn kids into vicious murderers.

Even though studies say they don’t.

At any rate, Ion Maiden is unapologetically retro, and embraces all the straightforward, simple carnage of the late 90s. With extra bits of polish. The graphics are a lot sharper than Duke Nukem’s, while the controls are smoother and less swingy, because really, Duke must be on some serious Ecstasy with the way he twitches around. However, it does keep the brutal difficulty of those older games.

Or maybe I’m just bad at shooters? Like, really bad. So bad that I started playing Ion Maiden on the easiest difficulty so I’d be able to write about it, and I still haven’t managed to beat the thing.

There’s a plot, and it’s (a little) more extensive than Duke Nukem’s storyline of “there are aliens, go kill them.” There’s even an entire character bio for Major Shelly “Bombshell” Harrison that you can read if you’re so inclined, which provides some insight into your character and the world you live in. However, with all of that said, the narrative is still pretty bare bones and doesn’t have much impact on your mission of shooting everything that moves.

Ion Maiden really sets itself apart from the shooters of yesteryear in more subtle ways. It uses mechanics that we now take for granted: things like headshots, alternate gameplay modes like Queen of the Hill, and a (mostly) non-sexualized female protagonist - though they do briefly mention her looks. In fact, I’d completely forgotten that headshots didn’t exist in games like Doom and Duke Nukem; I was just aiming for my enemy’s heads out of habit, and I didn’t realize what I was doing until the developer mentioned that they’d specifically made the choice to add in headshots. 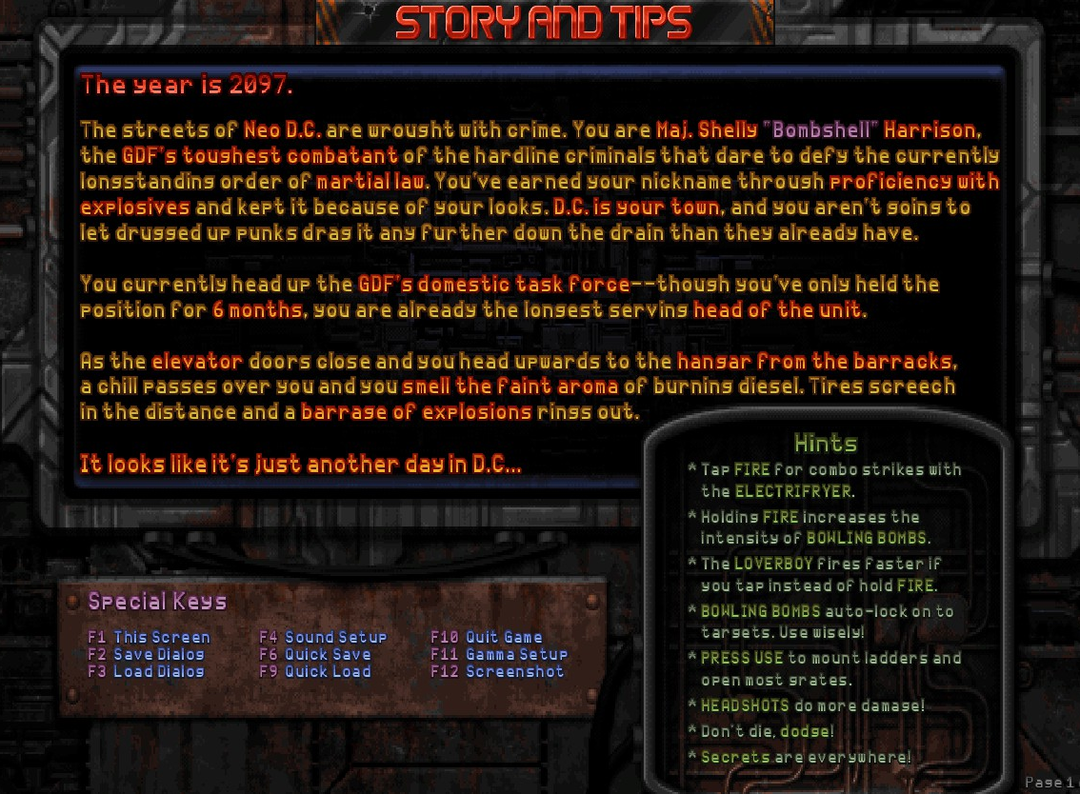 That, I think, is Ion Maiden’s greatest accomplishment: splitting the difference between the old and the new, and blending them into a game that feels like a 90s shooter while keeping the gameplay intuitive for modern gamers.

Who Is It For?

Well, the obvious answer is that Ion Maiden is for fans of Duke Nukem and similar games who want to experience the rush of high speed run-and-gun action all over again, while basking in the nostalgia that DOOM (2016) didn’t provide. It certainly delivers on that front. If I keep harping on the similarities and differences between Ion Maiden and Duke Nukem, it’s because the former is an unapologetic love letter to the latter. It even uses the same game engine (albeit an updated version of it).

However, there’s a more interesting answer here: fans of modern FPSs who would be interested in trying something a little different. I’d like to see what gamers who grew up on Halo or Call of Duty would think of Major Harrison’s inhumanly fast running and ridiculous weaponry - of course with the understanding that Ion Maiden is meant to be taken with a grain of salt. Maybe someone who loved the new DOOM but never experienced the old ones could use Ion Maiden as a bridge between generations.

Or, maybe I’m romanticising a silly retro game designed so that 30-year-old fogeys like me could relive their childhood. Who knows?

Either way, if you’re interested, I recommend picking it up ASAP. $19.99 is just about the right price for this piece of retro goodness so, while I don’t know what the final price is going to be, I’d hate to see people paying much more than that once it’s out of early access.