A Fascinating Blend Of Old And New 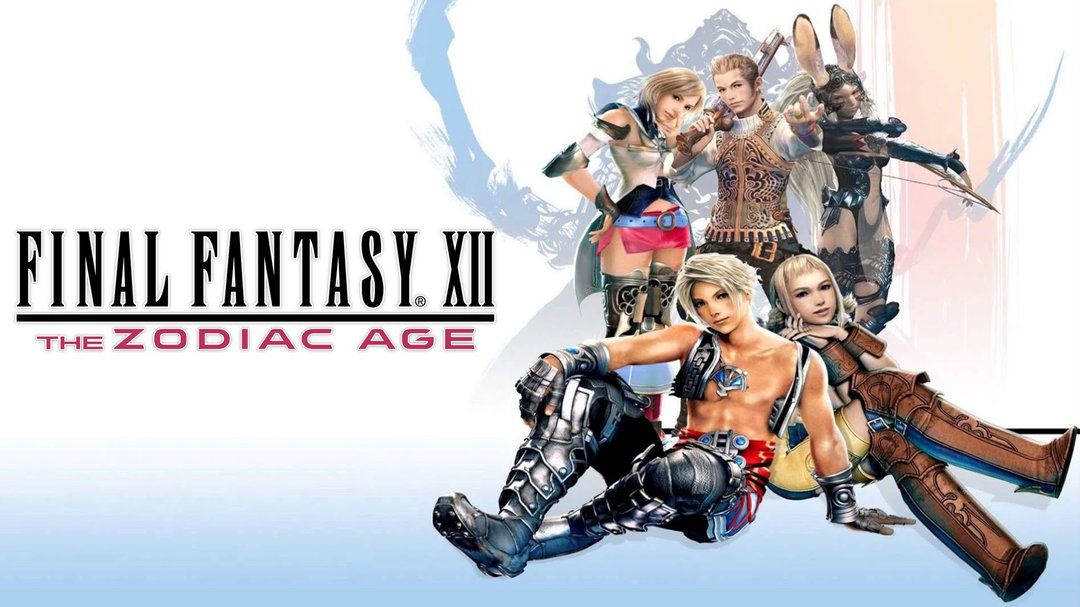 I’d like to preface this article by saying that I have never played the original Final Fantasy XII, or indeed any modern Final Fantasy game before. The most recent title I’ve played is Final Fantasy X (I did start playing X-2, but I try not to think about that). Yet something drew me to this title when I tried a demo at PAX East earlier this year. I couldn't describe it at the time, but I knew something was calling me to this game.

With that being said, here are my initial impressions of Final Fantasy XII: The Zodiac Age.

It's been said not to judge a book by its cover, but the first impression you get of any new game comes from its graphics and soundtrack. Good visuals and music can hook you before you ever press a button, and Zodiac Age’s absolutely harpooned me. The remastered graphics are jaw-dropping, of course, but what really got me was the orchestrated soundtrack.

This is one of the very few games whose main theme gives me chills every time I hear it. Sakimoto’s take on the classic Final Fantasy melody was both sweeping and epic. I was actually reluctant to start the game the first time because it meant I would have to stop the song. 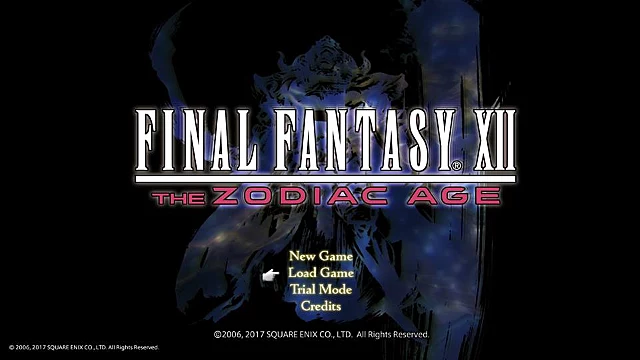 I just wish I could stop hearing Brentalfloss’s “With Lyrics” version when it plays.

As fans of the series know, Final Fantasy has long since moved away from its old turn-based battle system and random encounters. Zodiac Age uses a semi-real-time system that’s more reminiscent of Kingdom Hearts than of a classic Final Fantasy title. It feels a lot more fluid and natural than the older games, which would have to interrupt play and switch to a “battle” screen so you could fight. Overall, I'm left with a better sense of immersion in the world which is left unbroken.

Zodiac Age also gives the option of having combat move in real-time, or having it freeze when you open your menu to select an action. The former option, which is what I’ve been using, keeps the action moving and forces you to think quickly in battle. The latter option gives an experience more like the older games, where the action pauses so that you can strategize and pick your attacks more carefully. I appreciate that you're given the choice to play how you want.

As an old-timey codger I will begrudgingly admit that the combat system works well, and it makes a lot of sense as a bridge between classic turn-based JRPGs and more modern, real-time action games. 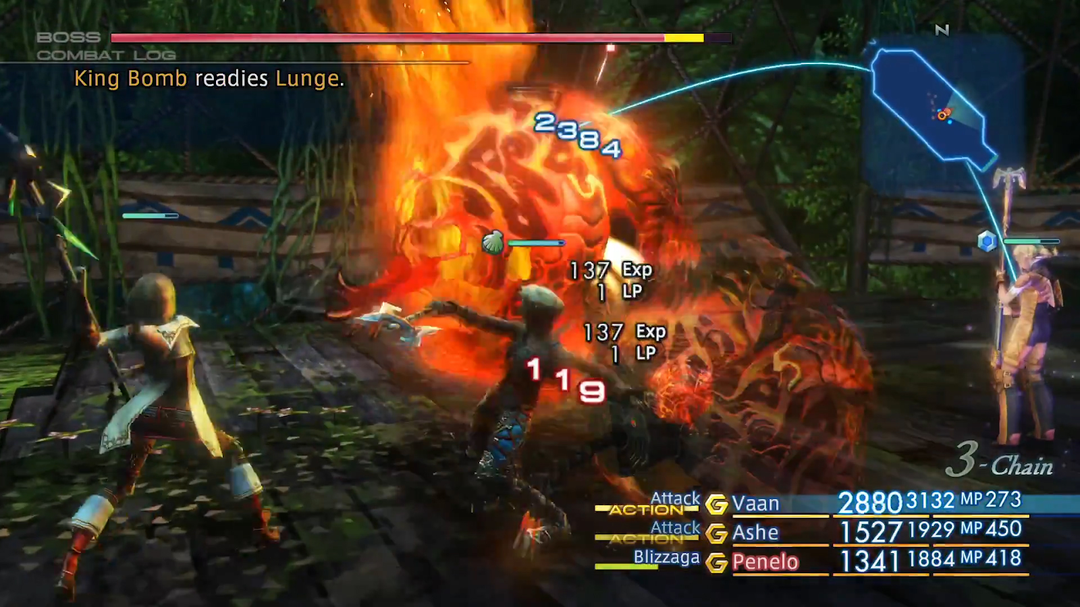 Back in my day I’d have told each of them, INDIVIDUALLY, to cast Blizzard. And they’d have listened!

What The Heck Is A Gambit?

Since Zodiac Age is focused on keeping the action flowing smoothly, it won’t stop combat to allow you to choose each character’s actions every round. You can still try to do that, but it’s time-consuming and difficult to keep track of everyone. Instead, the game offers you something called Gambits.

Gambits are simple commands that you can set for your party members, things like “if ally is below 50% health, cast Cure.” As the characters advance, they earn more Gambit slots allowing for greater customization. I’m still fairly early on in the game, so most of my characters are simply set to heal anyone who drops below half health and, if that doesn’t apply, attack the weakest enemy. The only character I control manually is Vaan, my Red Battlemage, because he has a lot of different types of magic and needs a finer touch than his limited Gambits will allow.

Gambits definitely take some getting used to, but they’re much better than, for example, Kingdom Hearts’s AI. At least I can trust these characters to do what I’ve programmed them to do, rather than my healer running off to smack an enemy for one damage while I bleed out in front of him. Penelo is set to focus on healing first, then damage. It’s a good setup; you can’t fight if you’re dead!

Get A Job! Actually, Don’t.

If you’ve read my old Final Fantasy Ranking article, you know that I love me a good Jobs system. Unfortunately, that is not what we’re dealing with here.

A good Jobs system should add a level of customization to your characters, allowing you to pick their specialties and, to a certain extent, the flavor of them. The jobs in Zodiac Age do the opposite.

My understanding is that, in the original Final Fantasy XII, characters advanced by purchasing Licenses in a way that was similar to the Sphere Grid of Final Fantasy X. Certain characters may have been better suited to certain roles, but they all had access to the entire grid. The addition of Jobs in Zodiac Age actually serves to restrict your options, rather than expand them. For example, since my Vaan is a Red Battlemage, he can only access Licenses that Red Battlemages are allowed to have: mostly Mystic Armors, Maces, and various types of magic. What if I think he’d be cooler with a sword instead of a mace? Well, too bad, that’s not what Red Battlemages use. It was a bit disappointing to learn this, but it didn't hamper me from continuing to see what the game had to offer. 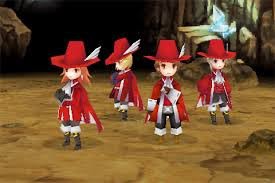 He doesn’t get the pimpin’ hat either. What’s even the point?

The plot of Zodiac Age is remarkably easy to follow - relative to other Final Fantasy games, anyway. There are a lot of alliances, double-crosses, and surprise twin brothers to keep track of, but at least we haven’t gotten into gods, aliens, or time travel yet. The intrigue that fans of the world of Ivalice are familiar with is a breath of fresh air.

One criticism I do have is that a lot of the story runs on luck and plot convenience. For example, when Vaan decides he wants to sneak into the royal palace and steal some treasure, he goes to an old friend for help. It turns out that this guy just so happens to know a secret way into the palace that nobody else knows about, and he has the magical key that unlocks it. People frequently overhear, purely by chance, things that are relevant to the story and just happen to have the information that other characters need, and events are always perfectly timed to move the story along. I'm willing to toss in some suspension of disbelief for the grand scheme of the game, but enough coincidences piled up will stick out like a sore thumb.

The characters are, for the most part, pretty compelling. Your kingdom has been conquered by a neighboring, much larger empire, and your party is made up of people who are just trying to make their way in a suddenly harsh and confusing world. It’s interesting to see the variety of reactions to the conquest: some characters give up, some take to thievery or piracy and just look out for themselves, and others keep trying to fight the good fight. Sometimes the pirates end up looking like the heroes, while the ones who try to help only make things worse. I'm always glad to see more complex characters that could otherwise be real people.

One common complaint I've seen, however, is that Vaan (the would-be main character) is a fairly blank slate. He’s got a couple of overriding personality traits - snarky, headstrong, reckless, etc. - but not a lot of depth. Compared to the other characters, who clearly drive the story through their decisions and actions, Vaan ends up sort of just swept along for the ride. It's a fair criticism and one that I agree with for the most part. Thank goodness we have Balthier, Ashe, and Basch. 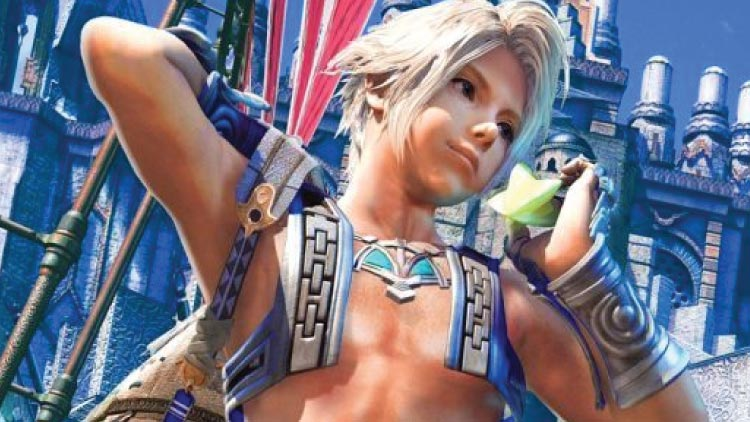 Overall Impression: A Game That Is Worth The Fame

Even with all the minor flaws I've encountered, I like it! I’m having a great time playing Zodiac Age. My chief complaints feel more like minor nitpicks when stacked up next to the great graphics and soundtrack, the (still!) innovative and unique gameplay, the relatable characters, and the epic story of politics and war.

At the moment I am, I think, still pretty early on in the game. As of writing this article I just got out of King Raithwall’s tomb and am stuck on the fight against the boss - it seemed to be going well, before they raged and stomped my whole party.

Expect another article in a few weeks once I get through this behemoth.

Have you played Zodiac Age yet? What do you think? How does it compare to the original FFXII? Leave us a comment here or on our Facebook page and let’s chat!