Evolution 1.5, The Revenge of the Son of the Standalone Game, Electric Boogaloo 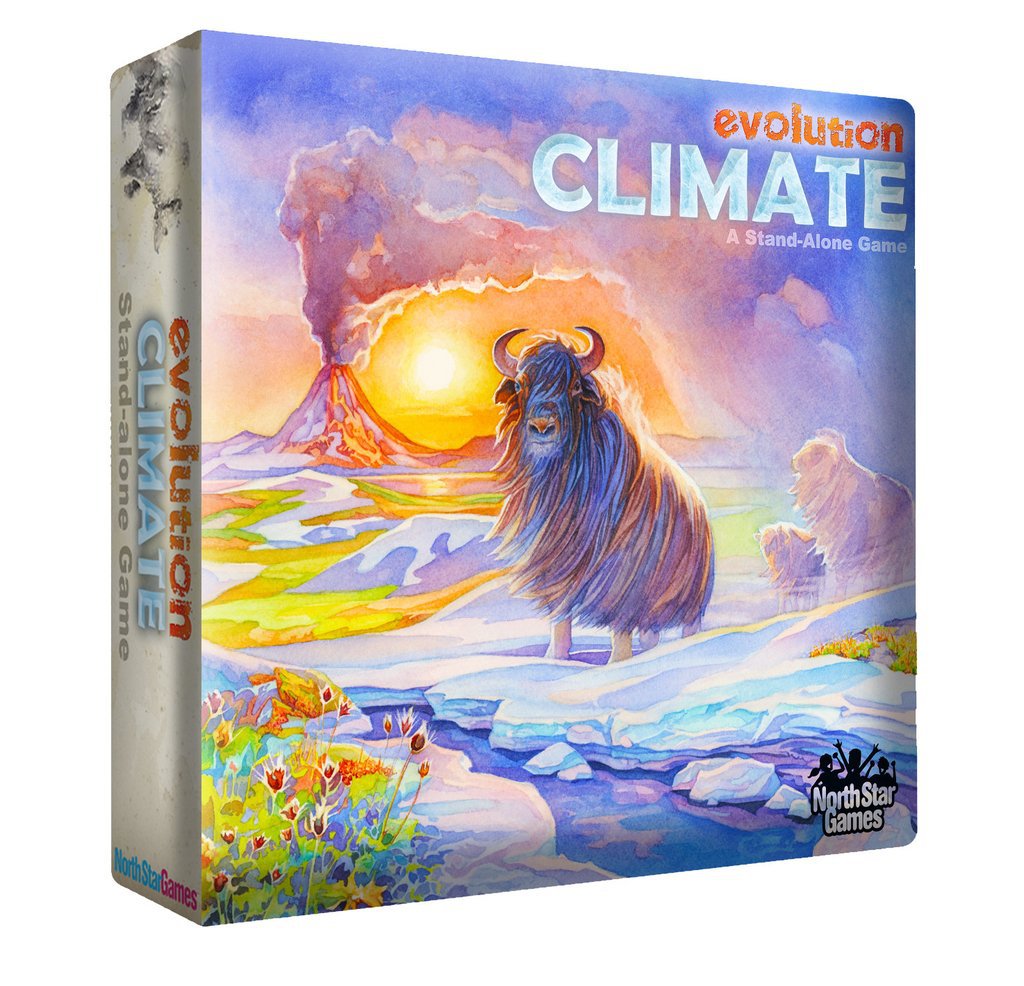 Hey nerds! When I was at Gencon last year, I hit up the folks over at North Star games and saw that they had released a new standalone game called Evolution: Climate. Now, I’ve done a review of their Evolutionhere, so go read that. It’ll make the rest of this article way easier for both of us.

Evolution: Climate is a standalone expansion to the original game Evolution. It adds this new climate tracker, and only builds on a great game.

I’m a big fan of Evolution. I think the game design is real tight: I love that the trait cards are the only resource to perform all actions. It simplifies a lot of game design that you might run into in other games where there are several different types of points or cards or tokens that you need to do the same things. By simplifying down to a single tactile resource it reduces the barrier of complexity without sacrificing the depth of gameplay. I’m a big fan. Evolution: Climate has now taken that same resource and added more variables to keep the game more interesting.

Depth of gameplay can come from a lot of different places. Adding in more resources to juggle, windows of interaction, and varied starting points are traditional methods used in more Euro-style games. Climate has a basic, yet solid design while bringing in a new mechanic: climate change! By adding in heat and cold values onto some of the trait cards, the temperature changes each round, depending on which type has more symbols in the food pot at the start of each turn. The change in temperature modifies the way that the game plays. Warmer climates mean more food, but larger body sized creatures lose population. Colder climates reduce the food in the watering hole, and makes smaller body size critters die off. Additionally, there are “event” cards that trigger at certain steps along the hot-cold track that increase or decrease how much food is available in addition to changing what body size is going to get punished. Finally, there are new trait cards that interact with the heat mechanics! Things like heavy fur that reduces population loss due to cold, but increases pop loss due to heat. There’s a handful of new interactions like that, but the core game is still the same, what with your horns, hard shells, long necks and carnivores. 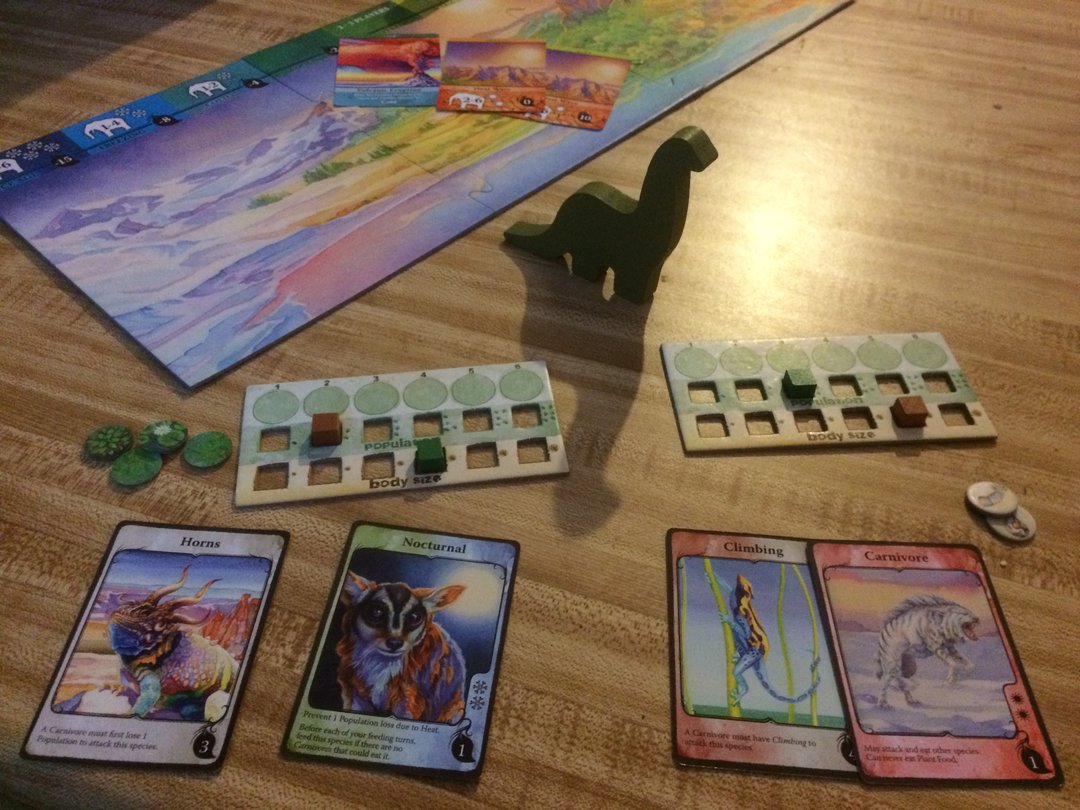 The biggest effect that I saw with the climate track was that species are much more likely to die. Because there are more types of cards, sometimes you might not find a good defensive trick to save you from the predators fast enough. Luckily North Star has updated the rules slightly to increase the cards you get each turn, plus you get a free species at the start of the turn if you run out. With more gas to fuel your actions you can more quickly recover from your species dying. Noticeably, I often found that in old Evolution you ended up with a tanky 6 body critter that was trying to ignore the opponents as much as possible. Because body size can be modified downwards from some of the climate event cards, and big creatures can die off in the heat, it feels like more flexibility is encouraged in creature traits and size. Planning ahead so your massive alpha-predator doesn’t get knocked out of the gene pool by a sudden heat wave adds another element to the game. I think that the addition of more random elements to Evolution increase the lines of play and rewards planning. It’s the sort of game where a good player can consistently win. Luckily that good player is always me. Always.

Suvival of the Fittest

The original Evolution board game is elegant; it’s mechanically designed to capture the feeling and flavor of adapting to one’s environment. Now, Climate has simply added more environment for you to adapt to. It feels very Euro, but it is accessible to players of all ages, and the art is adorable. You even get a green wooden dinosaur marker for the first player and it’s one of the best parts of the game. If you get the chance to check it out, do it. It’s a good time and is an appropriate game for basically anyone who enjoys simple to learn, hard to master games.

Got any questions? Tell me what you think, feel, taste, or even your deepest, darkest secrets in the comments section below. I am very good at listening. If you like my writing, check out the archive of games and stuff that I’ve written about. You can hit me up on Twitter @Dkjolner. Tell me about board games you like! Challenge me! I’ll beat you. We have a Patreon, if you like the content we produce. We also release podcasts these days, so you can tune in to hear my dulcet tones and the gibbering mad shrieks of my co-writers.