Elementra, Dragon Academy is my quick game pick from last PAX Unplugged I can safely say none of us saw coming. I was sitting on the bed one evening back at the hotel, drafting my next article, when a small rectangular box thudded onto the sheets besides me. “I figured you’d like this,” was my only hint from Wyatt that the box I looked down on was more than just some silly filler. I still have this misperception in my head that my friends can’t possibly understand what games I like as well as I do, and yet time and again they prove me wrong by waving things under my nose that I enjoy better than stuff I sometimes spend days researching.

Elementra indeed turned out to be a quick game that filled the pre-main event space at game night or the post-game “I don’t want to go home yet” lull, and yet it’s also been asked for as a main event. In my gaming group, a gathering of people who enjoy fairly in depth games and don’t often make game night all about “fillers,” Elementra is somewhat unprecedented. And because of that, along with this being a game you’ve probably never even heard of, it needs a little spotlight.

How To Tame Your Dragon

Can I use that header without getting sued? It’s probably okay. Moving on, let’s talk about how you play a game of Elementra. It’s a very simple formula you may have seen with some other quick card games: you maintain a hand of two cards at all times, and on your turn you draw one extra card off the deck, choosing which two to retain and which one to discard. Each card has two effects printed on it as well as an element and combat power which we’ll get back to in a second. The card you discard triggers its “when discarded” effect, which counts as your action for your turn, and play passes to the next player. When the deck runs out of cards or someone plays a “when discarded” effect that triggers battle, the round ends and all players reveal their hand, battling in a circle around the table using your cards’ combined combat strength until only one combatant remains standing. First to the predetermined number of round victories wins the competition!

The catch here is that to fight in this dragon arena competition, the two cards you’re left holding need to be one rider and one dragon. Get caught at the start of combat with two riders or two dragons and you’ll have to forfeit participation in this round. Assuming you’ve maintained a hand where a rider mounts their trusty dragon and takes to the skies, you add both cards’ combat values, tally up any boosts from the other printed ability on the card (the “when played” text, as some riders/dragons prefer certain partners or foes), and see if the element of your dragon gives you a small penalty or boost as determined by a special environment deck that shows the arena you’re all battling in. So, in short, you draw a card each turn and play your discard to mess with your opponents while stacking your hand with the most favorable number/ability combination for when the fight starts. What could possibly go wrong? 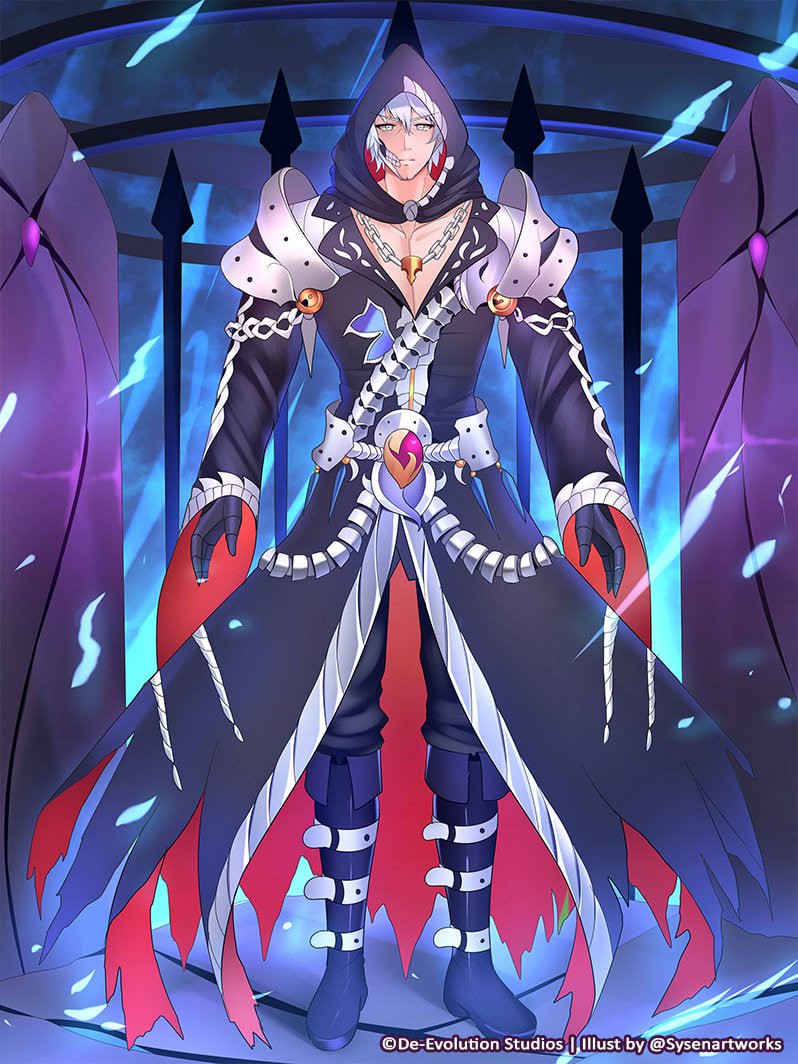 If you are a fan of manga art, this game has a lot to offer in a small box.

A lot can go wrong, as it turns out. You came to this competition assuming everything was going to be a fair fight. You thought you’d simply gear up in the dragon stables and ready yourself for glorious arena combat against a multitude of foes. But are you prepared when a rival plays a discard effect that starts single combat in the stables? Just you versus them, with the loser being wounded and out of the round, never able to see the main arena. Maybe you’re stuck with a hand of two riders, but your chosen discard ability lets you swap hands with another player. Maybe you have a dragon whose combat ability is that they poison the first person they fight, instantly winning one combat. It took us a few plays to realize how perfectly this combo worked with that previously mentioned 1v1 duel ability for an assassination in the stables. The actual tournament might be chivalrous, but the combatants are just plain devious!

In practice, we found that just as many rounds were won long before the big arena combat ever came around as by a final, glorious melee. This is less a game about winning a grand combat so much as it is about the backstabbery that occurs on the fringes of the competition, winning by any means necessary, and yes, occasionally winning a grand combat. It’s a mind game, a game of table talk and impromptu alliances, of petty revenge, and of picking a fight you know you can win, only to be surprised when your back alley ambush results in your own faceplant.

As small box card games go, this one has a lot of attitude and a surprising depth of strategy. Each player gets a reference card with a count of every unique card in the deck so you can easily see how many copies have been played and gauge your odds when throwing wrenches in the plans of other players. While we did find that there was a high degree of variance in any given round, leading to some hands where you’re out quickly and through little fault of your own, especially when you’re just learning the game and everything seems random, overall we warmed up to the systems after just a couple games. The rounds are short so even when you’re knocked out you don’t have long to wait before the next hand. This game provides theater while you wait, as well, and nothing’s more satisfying after someone’s eliminated you than rooting for retribution and watching them eat a fireball.

Quick, to the point, and flashy - a perfect fit for a small box in your board game bag.

Over the course of the needed rounds to win a game, you’ll find that the aforementioned variance evens out, and very often the winner will be the one who’s managed the table the best, counted cards, hedged their bets, and made some sly moves with excellent timing. Is it possible that the best player won’t always win? Yes, of course, but that’s not why you play a game like this. You play because it’s a great game for fast action and feeling clever. You play it because it seats a metric ton of people. You play it with your cards in one hand and a drink or snack in the other, shouting and laughing with your friends as you one-up each other.

Does this sound like something you’d like in your game night or travel bag? If so, you really can’t go wrong with Elementra. We continue to have a great time with it at our own game nights, and we hope that if you could use more light, easy to teach games as a starter course or finisher to your game night, or just as something to play all on its own merits and get rowdy over, that you’ll support a small publisher and take a look at their site. At $20, I can honestly say that we’ve had no less fun with it than any other small box title at that price point. It’s money and game time well spent, so have a look for yourself! And just remember to lock those stable doors when you go in to check on your mount. You never know who might be trying to sneak in behind you when you’re not looking.