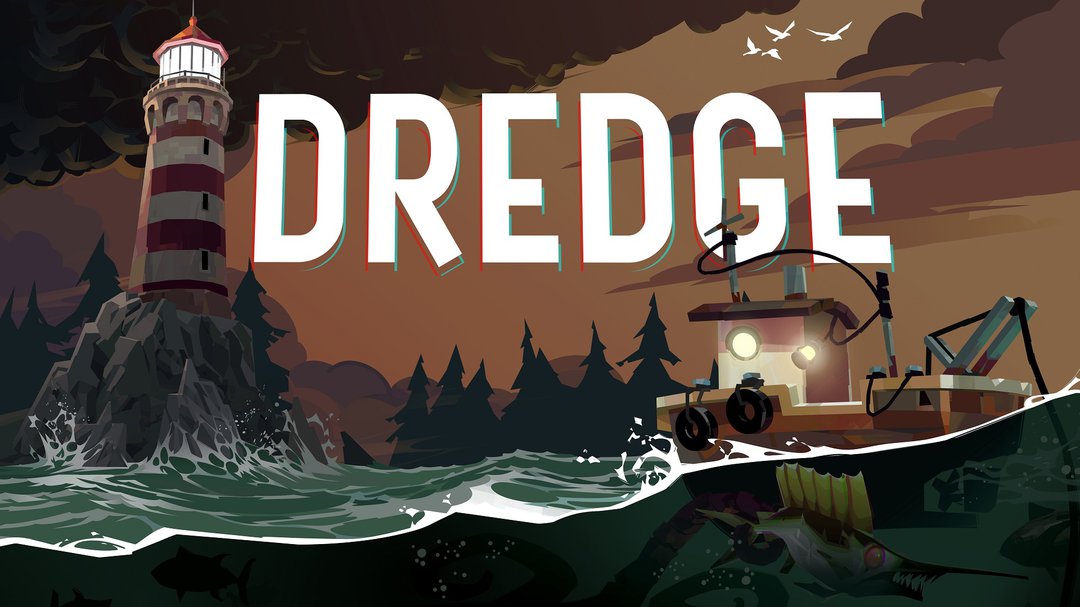 The demo for Dredge, also known as Dredge: Chapter One, was released on Steam as part of the October 2022 Next Fest. It’s unassuming at first, a little less bombastic than some other titles. You’re a fisherman in a little tugboat trying to catch some fish, puttering around in a grey-and-brown landscape just trying to get by.

Then night falls. The fog rolls in for the very first time, and you feel your body tense up as you rush back to port as fast as you can. You catch your very first aberration, and a fish you’ve become accustomed to suddenly looks wrong. There are lumps under the surface slithering about, the teeth sharpened, jaw distended. The rumors the townsfolk whisper become easier to believe even as they become more dire. 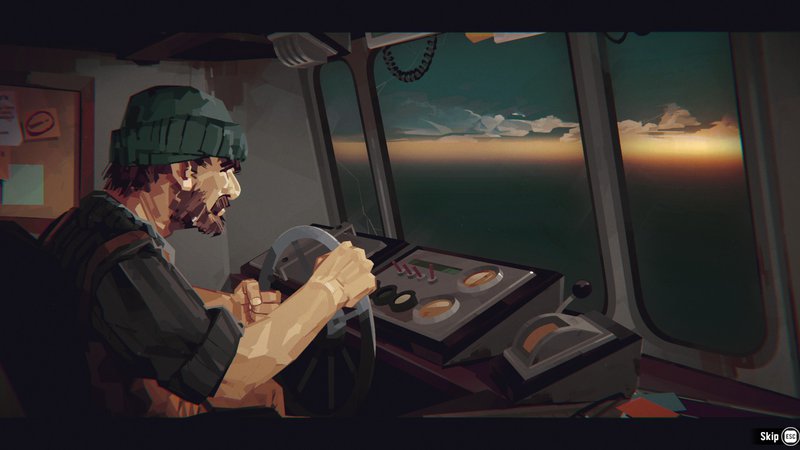 Then, just as the first bit of the story comes into view, as the first real dangers begin to truly reveal themselves… Chapter One is over, cheerfully letting us know that the real terrors will begin in 2023.

To the dastardly designers at Black Salt Games: you certainly know how to be a tease, don’t you?

A Reminder To Be Afraid Of The Sea

Dredge doesn’t waste time in getting your feet wet. It takes less than a minute from hitting play for you to wake up in the seaside town of Marrow, having just lost your own ship while looking for a job. The mayor, who surely must be trustworthy, casually has a run-down boat to give you to help, as long as you can pay it off. He’s so very happy you are in his town where everything is normal, even as he warns you to get back to port before nighttime: that fog can be killer. 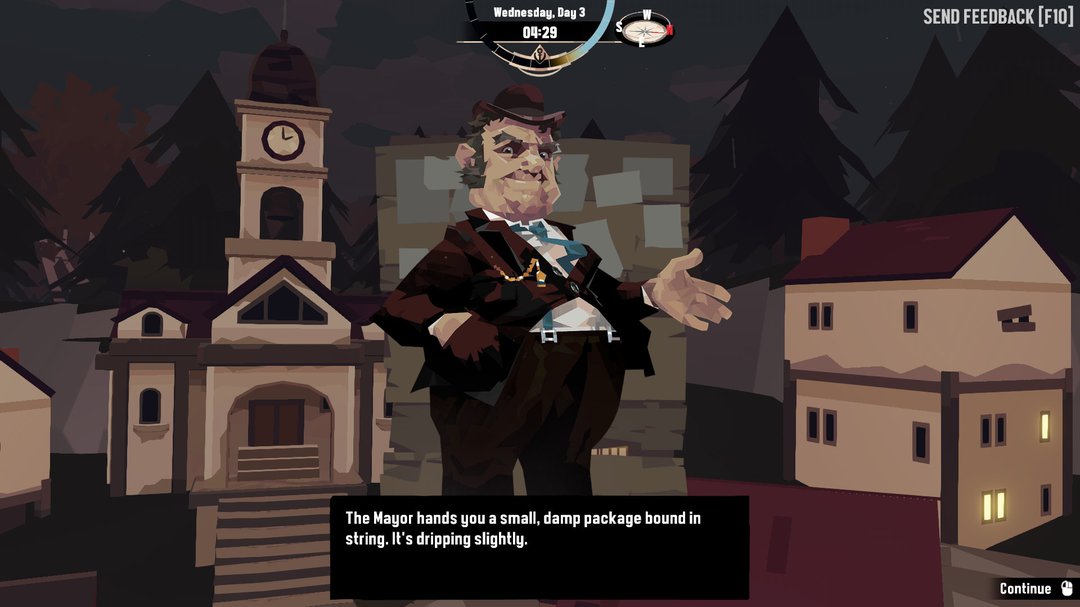 Surely, this is a trustworthy face.

Before you’ve even taken the boat out, the mood is set. It’s easy to feel like some sort of, like you’re being set up for one hell of a fall. Indeed, other townsfolk reference “that last fisherman” as you start to explore and progress. They reference that one time a relative went missing at sea, or how an old mayor just seemed to go mad out of nowhere.

The worst part? You can reach the end of the demo without seeing a single monster, without ever crashing or truly going out at night. And yet, that ominous sense of dread sticks to you like sludge. Something bad is out there, and you get the sinking feeling that at some point, you’ll be lucky to find out exactly how bad it can be.

When Even Fishing Is Fun 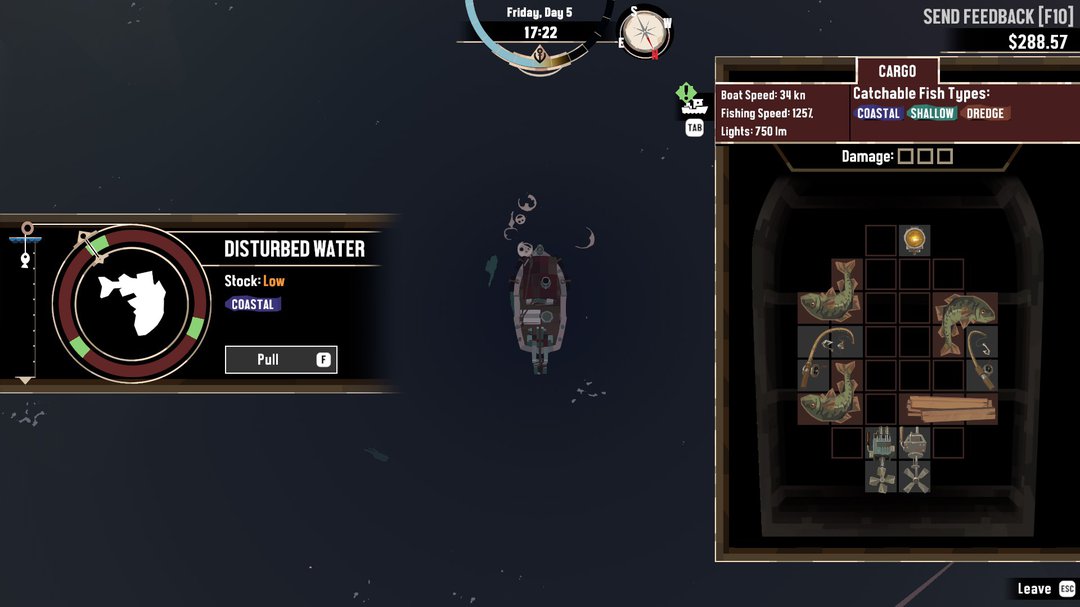 The demo of Dredge, while not alluding to horrific possibilities, still manages to pull a clever trick: it isn’t just a horror game. Indeed, if you removed the ominous opening, you could almost be convinced that your humble little tugboat has a Stardew Valley-esque sensibility. Head out during the day, find fish, sell what you find, earn enough to get better tools for bigger fish, rinse, repeat. While the demo doesn’t have them all, the in-game encyclopedia makes it clear you have over a hundred different types of fish to catch out there in the deep!

Dredge really pulled off something magical for me by making video game fishing actually fun. Find a school of fish (look for bubbles or shadows), make sure you have the right gear, and drop a line. The catching minigame is engaging: a wheel spins on your screen, and you have to time when to hit the highlighted sections. Succeed, and you fish faster and with greater effect. Yes, you can fish without good timing, but it takes longer… and you only have so much time before you want to get back to port.

There's also a pocket-monster urge to fill out your fishing logbook with every possible fish, which is another nice touch.

The second part of the fishing is inventory, which is somehow also fun. It reminds of the suitcase in Resident Evil 4, where you carefully stacking items like tetris. It feels fitting here, as each fish is in a different shape, meaning you’ll be rotating your prizes to try and fit as many as possible into your boat. Head back to shore to find the fishmonger, make a profit, and its time to go out again… or maybe sleep, if you don’t feel like pushing your luck.

Soon enough, you can also dredge for treasure. This mini game is a twist on the fishing one, where now you dodge highlighted sections between two wheels. Switching back and forth between these two mini games while also trying to find the opportunities along the coast was genuinely fun, even relaxing. There’s just enough sunlight in the cloudy shoreline, just enough happy notes in the music, that Dredge can let you imagine it’s a cozy simulator with fishing instead of farming. 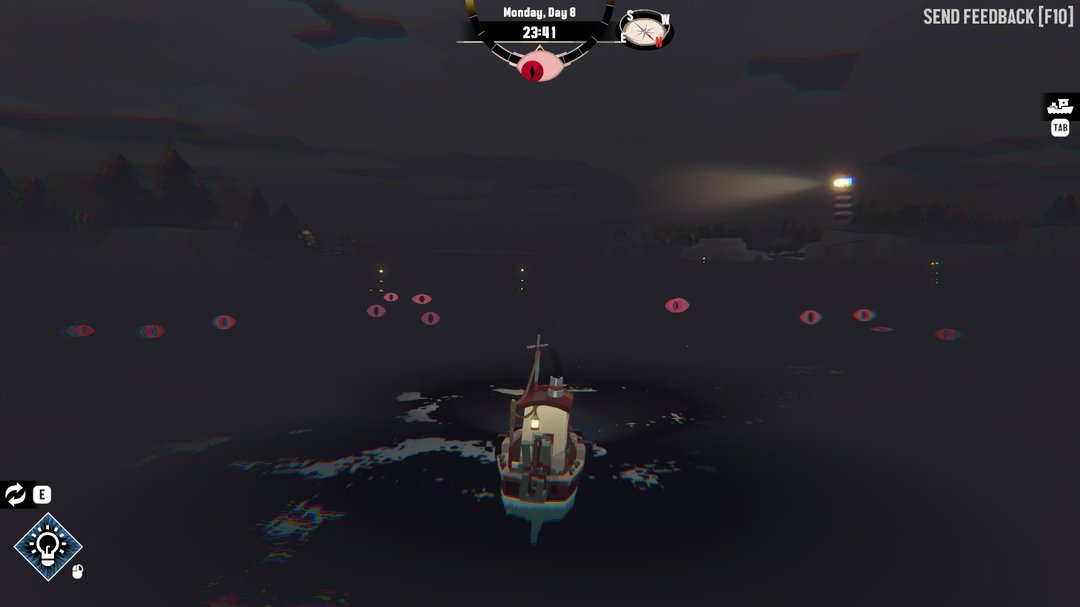 I hate it when bouts of madness stop me from enjoying rural paradise, don't you?

And then, you stay out just a little too late or talk to a few more people, and you are very quickly reminded otherwise.

A Mood To Haunt You, A Story To Suck You In

The first time you’re caught out at night will stick with you: a little eye appears at the top of the screen near your compass. Is it looking for you? Are you being watched? You discover it’s actually your eye, and the brighter and more frantic it becomes, the more you know you’re panicking. In fact, townsfolk will react, seeming worried about how you look, advising to get some sleep so you can wake up refreshed, the eye now closed again.

Nothing happens at first. Sure, at night, rocks seem to appear out of nowhere like mirages to wreck your ship, but that’s normal. But then you hear whispers. Shimmers of light appear on the horizon. You travel towards a ship that isn’t actually there. You sleep off the anxiety the next day so strange red-eyed birds stop stealing your fish, and all is well… except, what was in that strange message in a bottle you found? Did all the fish you deliver to the fishmonger seem normal to you?

Note: none of the big monsters in this clip showed up for me at all during the demo. But they didn't have to - the threat of their existence kept me both plenty anxious and riveted to the game.

I don’t want to give away the story, but Dredge’s demo nudges you towards plot points that start revealing the cosmic horror tone along the shoreline. You’ll naturally discover things which can start a chain of events which might have answers, and through that discovery you’ll realize that to learn more about this story, you’ll have to take more risks, more expeditions further and further from the safety of the ports you know. Yes, half the game feels calm, but the spookier half slowly creeps ever closer.

Honestly, with a team of only four people developing it, what Black Salt Games has accomplished here is already phenomenal. I finished Dredge: Chapter One in about an hour and a half, taking some extra time to explore and actively look for Bad Things. There were plenty of little quests, little secrets that hinted at larger mysteries around the original isle. In the demo, you’re able to poke at game systems that reveal a much more in-depth game than you might first think.

Which is one reason why the demo is so frustratingly good; it knows how to tease. 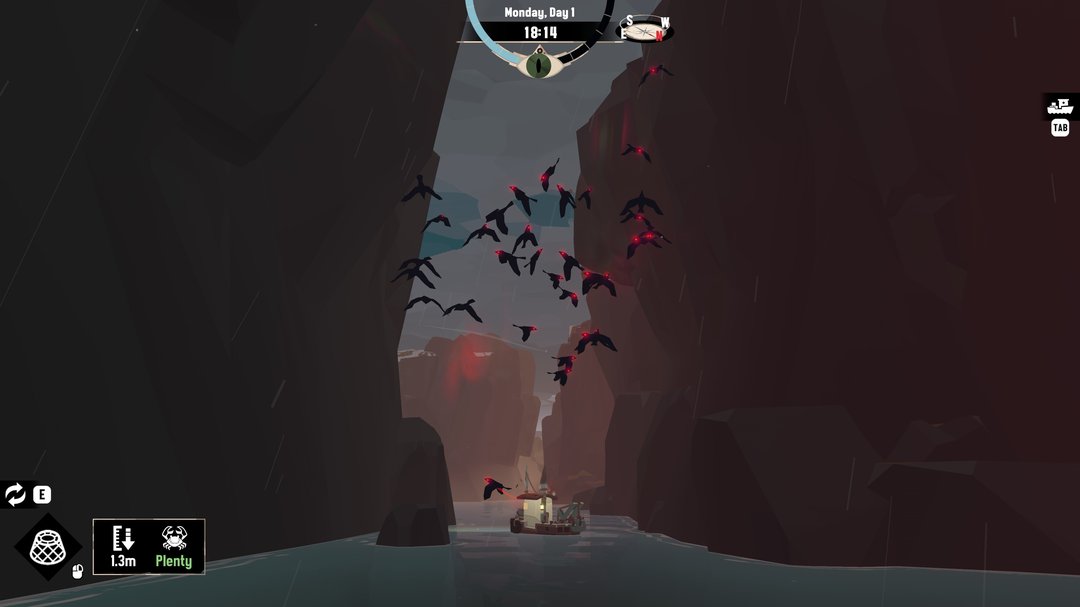 I have no doubt that a fully finished Dredge is going to be an amazing experience when it comes out in 2023. Dredge has locked down mood, theme, and suspense by tying together many different styles of gameplay around humanity’s forever fear and forever fascination with the briny depths. My questions as a reviewer aren’t “Is this a good idea?” but instead “Can they stick the landing?” Will they balance out that cozy daytime fishing simulator with the anxiety of what lurks in the dark? Will the game feel like a cult classic on release or an ‘almost amazing’ game that can’t quite put all its parts together? If these are the questions I’m asking with only an hour of demo under my belt, things are definitely headed in the right direction.