Destroying The Darkest Dungeon And Clearing The Crimson Court 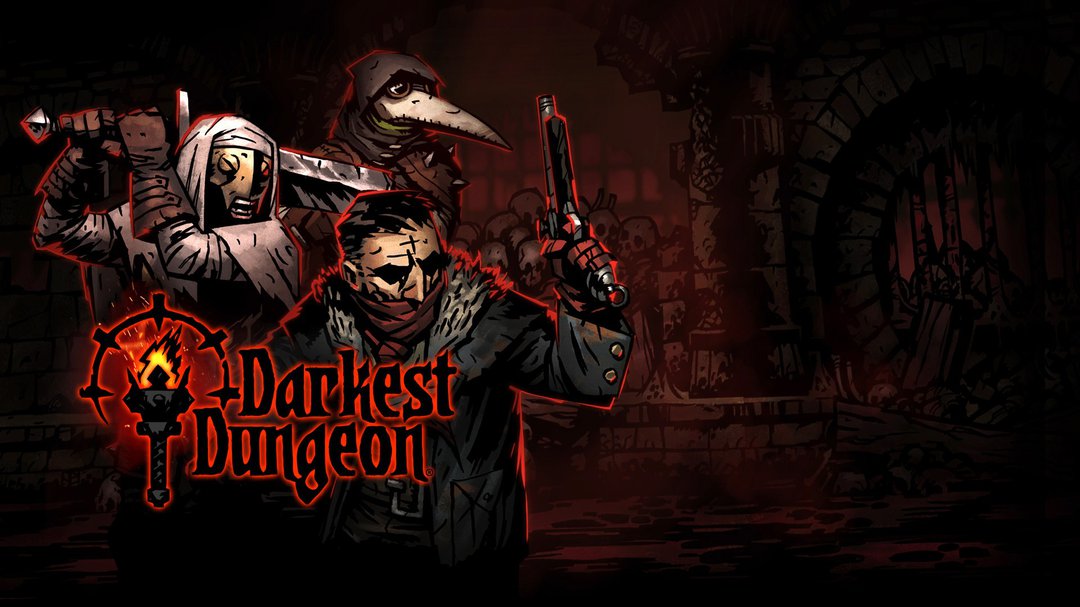 The Crimson Court, the first DLC for Darkest Dungeon, came out on June 19th and reminded me that I’d never actually finished this game, despite starting several different campaigns. You can check out our original article for a rundown of our initial thoughts when the game was released over a year ago. It's a great game filled with setbacks and difficult encounters, made to challenge you at every corner. I always made good progress, then had a setback or two, lost a party of high-level characters, and called it quits. With the new DLC out, it seemed as good a time as any to jump back in for another try.

As of writing this article, my situation has been remedied. It wasn’t easy, but I did finally finish a campaign on Darkest difficulty. No, I am not going back to play on Stygian. Not anytime soon, anyway.

Fans, powdered wigs, your sanity on a silver platter. What's not to love?

The Crimson Court adds a whole new side campaign to Darkest Dungeon that runs parallel to the main quest. It also adds quite a number of new buildings and relics, a new hero - the Flagellant - and a new enemy type, the Bloodsuckers. The Courtyard, where the DLC campaign takes place, includes a whole new kind of quest: Epic quests, where the levels are enormous but you can retreat without penalty and keep your progress when you go back in.

On the whole, it’s a great addition to an already very solid game. As you go through the missions in the Courtyard, you will learn more of the history of the manor and your ancestor, and how things got to the wretched state they’re in. The Bloodsuckers are a somewhat different take on classic vampire tropes: instead of pale, aristocratic humans, they are foppish mosquito monsters.

Really, I can’t decide if they look more scary or silly.

If I have one criticism, it’s that The Crimson Court makes the game somewhat harder in the early stages, but a lot easier by the end. For one thing, the Flagellant is a bit overpowered. He’s a sort of combination DPS and healer who deals massive Bleed damage and only gets more powerful as his health gets lower. He’s a real pain to deal with as you’re first starting out. The class-specific relics you can find in the Courtyard are quite strong though, and the new buildings that you can construct by using Blueprints and whole lot of Heirlooms provide class-specific bonuses as well. By the end game, with these boosts, I found the challenge had departed somewhat from game much like the sanity from some of my adventurers.

The Crimson Curse itself is generally a bad thing, and it can be hard in the early game to keep up with all of your characters who are jonesing for The Blood. If you let them go too long without feeding their addiction, your characters will waste away and eventually die. However, the Crimson Curse also gives you the opportunity to have characters go into Bloodlust and get a major damage boost. Used strategically, this Curse is actually quite a blessing. If you’re careful, and with a bit of luck, the Courtyard can put you in a very good position to tackle the endgame. Overall, I appreciated the new take it presents on how to play. The DLC all in all messes with the balance of the original game, and that's not always a bad thing; this new challenge adds much more than it takes away.

The Heart Of Madness: The Darkest Dungeon

It took me a long time to get to this point, but finally, it was time to beat the game. The Darkest Dungeon, the final destination on your journey and the home of the terrible creature your ancestor spoke of, is actually a series of four quests. Each quest has its own special gimmick and terrifying new enemies for you to fight, and the final boss is an epic multi-stage battle with a deadly twist.

Unfortunately, while the Darkest Dungeon itself is a thrilling adventure, preparing for it can be quite a slog. What the game doesn’t tell you until after you’ve cleared the first mission is that it’s so horrible that no hero will go into it more than once. If you play an absolutely perfect campaign, never losing a single character, you’ll still need sixteen maxed-out heroes to clear all four stages of the Darkest Dungeon.

Since this game is nothing if not punishing, it’s very unlikely that you’ll breeze through it that easily. If, like me, you focus on the four dungeons outside first, you could end up with only a few of your favorites at the highest level because you hold them back to fight the bosses. I had to raise entire new parties once I found that I couldn’t just keep using my old standbys, or when I lost some of my characters. Given all of that, Darkest Dungeon does suffer from “sameyness” by the end. 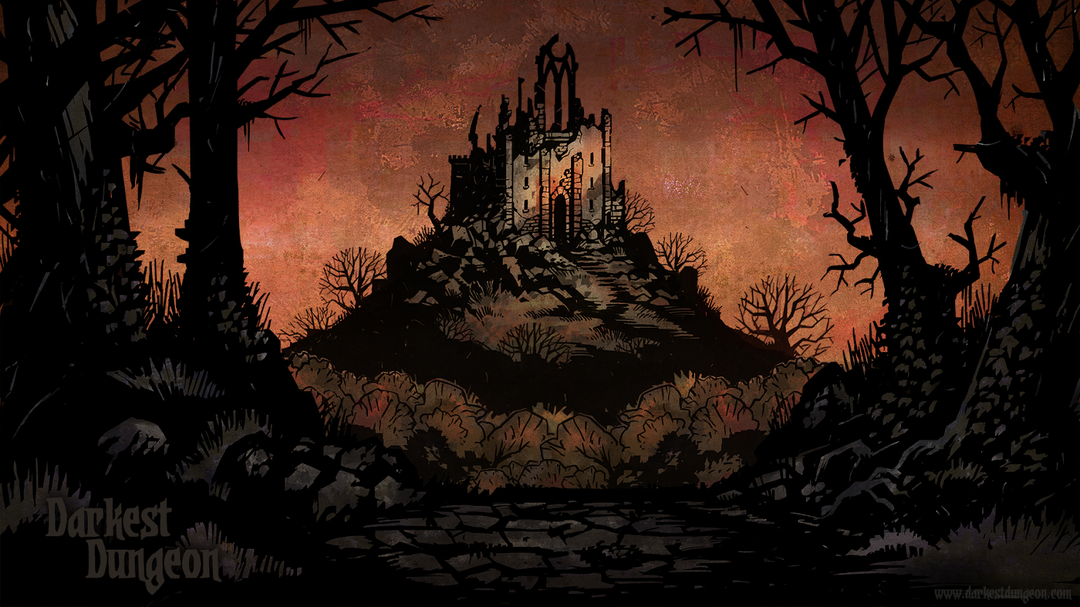 Note that I was playing Darkest mode. Playing on Radiant mitigates this problem quite a bit.

The final cutscene is a bit of a letdown as well. When the entire game is unmitigated gloom-and-doom, and the ending is just more of the same, it loses a lot of its impact.

While criticisms are what stand out in my mind right now, I still enjoyed the game quite a bit. I sank over 100 hours into Darkest Dungeon before finally managing to finish a campaign, and it was well worth the time. I wouldn’t have done that for just any game.

In a lot of ways, Darkest Dungeon reminds me of XCOM: Enemy Unknown. You’re in a terrible situation, but you do have the resources to get through it if you use them well. You have to build and maintain a roster, improve your home base, and pick your missions well. Making a hasty decision, or failing to fully prepare for a mission, can lead your team to disaster. 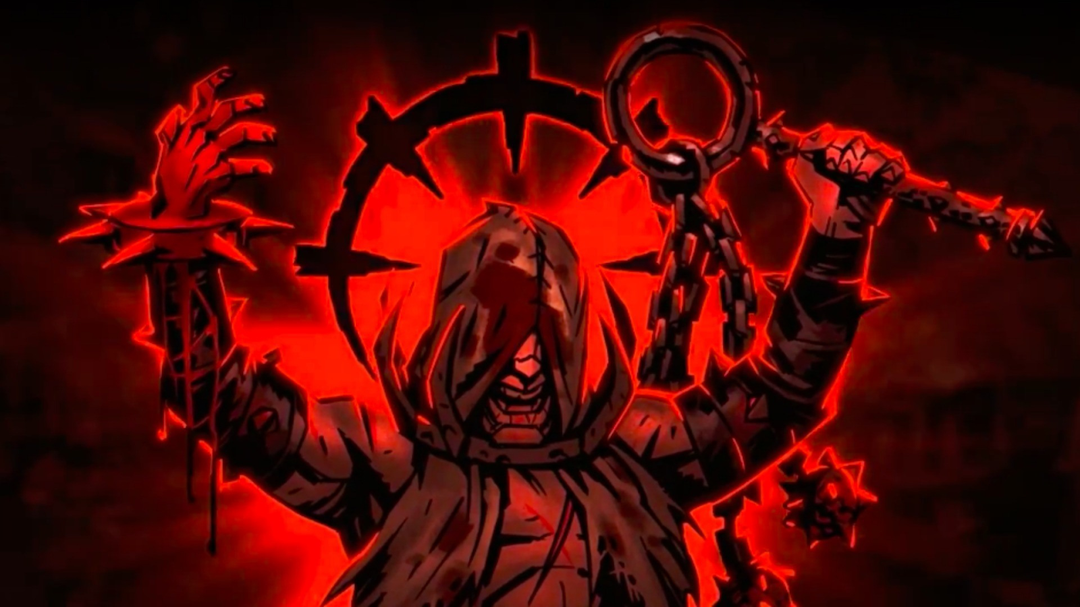 Then again, some rejoice in the suffering.

Like XCOM, Darkest Dungeon is tough but fair. It’s fun to play through, challenging without being infuriating (looking your way, XCOM 2), and very satisfying when you score a major victory. Even the lackluster ending wasn’t too much of a downer when compared to the soaring realization that I’d actually beaten the damned game. If you're looking for a new take on the new dungeon crawler that is Darkest Dungeon, I wholeheartedly recommend it alongside its Crimson Court DLC.

What’s your experience with Darkest Dungeon been like? Has anyone else out there actually finished a campaign? What are some of your favorite war stories? We'd love to know over on our Facebook. If you like reading our articles or watching our streams, please help support Sprites and Dice so that we can keep bringing you the content we both love.