A Mashup of Old and New 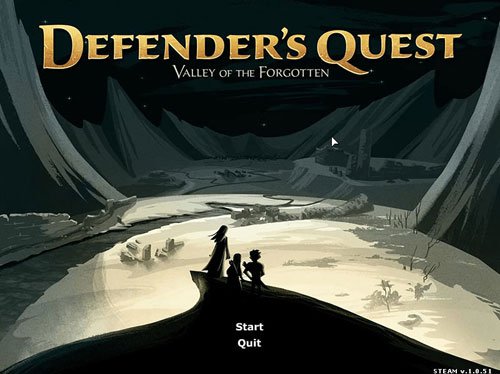 Defender's Quest: Valley of the Forgotten

Excuse me while I go into my happy place.

I lasted about three days into the Steam Sale before, upon remembering that I now have a job and am not a starving college student, bought a whole bunch of impulse buys - a strategy game here, a spacefaring game there... finally, near the end, Defender's Quest: Valley of the Forgotten appeared on a crazy sale yet again, and liking the name, I again clicked on it... only to nearly instantly move on due to the images I saw. Grainy graphics, cluttered screenshots, cutscenes with drawn almost 2d models and text. I nearly passed it up, again, but on the way out I decided to check out the video that was in Steam. 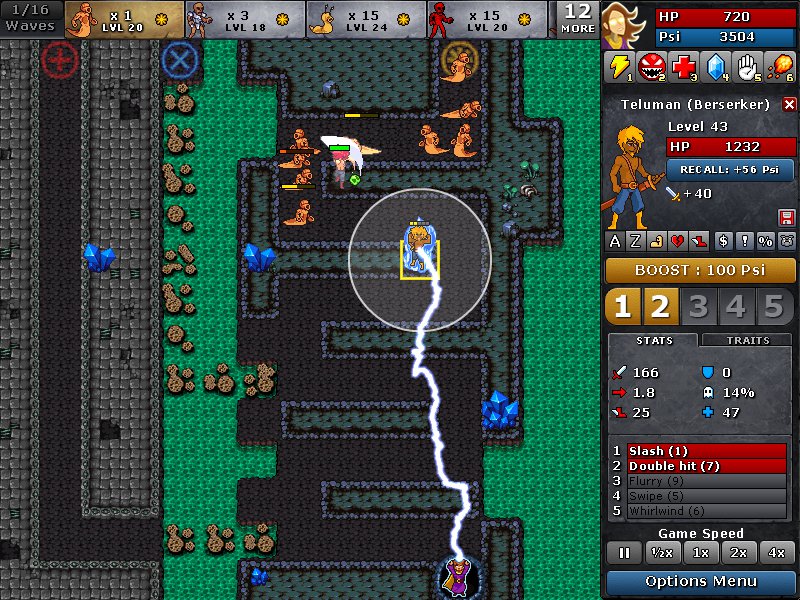 ...Ten game-time hours later, I beat the game's main story, and found myself restarting a new file to rage through it on hard mode, preparing a pot of coffee with a grin on my face. How the hell did I get from point A to point B? I hate to admit it, but somewhere along the last decade, a little bit of graphics snobbery has gotten into my enjoyment of video games. Not that its automatically a bad thing - the enjoyment of 'ooooooh, shiny' is not to be underestimated or depreciated - but at the same time, a solid, fun game sometimes just doesn't need that. And what I found in this game was a gemstone that hit all the buttons of game-styles I used to play in high school: crunchy stats, a compelling concept for a story (however limited), and a sense of accomplishment just for getting through a fight.

About the actual game itself: You are Azra, a royal librarian that is, due to an unnamed plague that has been devouring the living, tossed into a place known as The Pit to die. Simple premise that is suddenly made a lot more disturbing as you find yourself trapped between life and death due to the plague, and for an unknown reason, find yourself achieving powers due to your enlightenment, and coming back to your senses. "The Pit" should better be called "A country sized valley" however, and soon you are on your way to escape and make sense as to how the world came to such a horrible state of being.

What I found fascinating was how the plot actually tried to make sense as to why combat was done in a tower defense fashion: your main character, Azra, is a beacon to corrupted souls. Meanwhile, Azra's companions, having devoted themselves to her, are able to be boosted with her powers and moved about the map by her abilities. It doesn't always work, and some logic holes do appear at times, but I really enjoyed the attempt. Also, as the trailers point out in a wonderfully silly way, the script was written by an actual English Major (which as one myself, made me grin a bit), and there are some great little gems of dialogue and one-liners between missions.

Gameplay? Its tower defense, except that your 'towers' level up with experience between missions on the map, and get ability points you can sink in to make whatever you want. There are six 'classes', and each one is good for particular roles, or can be built in particular ways. Want to make some Beserkers impossible to hit so they can operate without healing support? Go ahead! Feel like sacrificing some damage output so that your archers can just spray the map with clusters of arrows? Hey, whatever works.

The best part is, I've beaten the game, and am already back for seconds. I'm not even jumping into NewGame+ (which the inclusion of that makes me squee all on its own), but instead am playing through on a higher difficulty just to appreciate the feeling of slogging through hordes of creepy monsters to come out the other side. That, and probably listen to the Beserker make as many random comments in the story-line as possible again.

In summary? If you like tower defense games, or liked old school RPG concepts, this game has something for you - and while at the moment its at its full price of 15 dollars, I can assure you that if you play past the first hour, you will probably spend more hours playing than the cash out of your wallet spent. 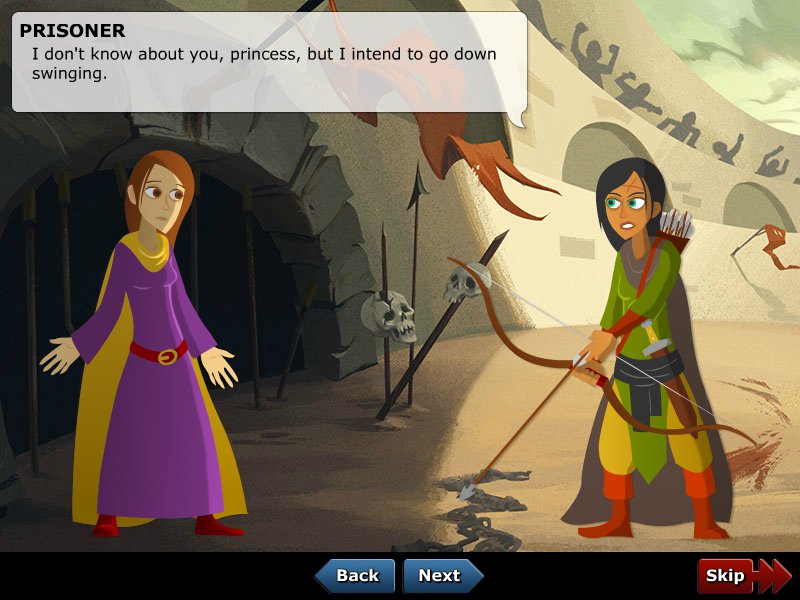 Now, if you excuse me, I have to go save the world again.