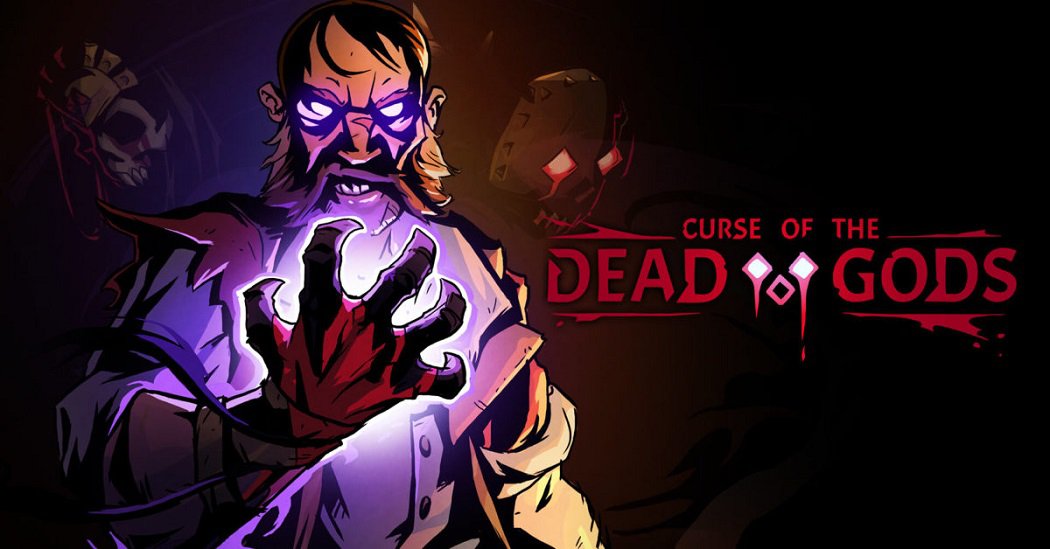 Curse Of The Dead Gods

Curse of the Dead Gods is a fast and brutal action roguelite that doesn't pull any punches - which is why its a blast to play. Developed by PASSTECH Games, Curse of the Dead Gods has you playing as an Indiana Jones-ish explorer / treasure hunter whose travels have brought him to an ancient pseudo-South American temple. Inside he finds a seemingly endless maze of ever-changing rooms and passages filled with deadly monsters, traps, and worse. Of course, once you started on this journey, it's hard to stop until you reach what you seek.

Fortunately, all archologists are trained at the academy in the ways of combat.

We've had many action RPGs come before this one, but Curse of the Dead Gods distinguishes itself in two ways: the art design and its use of the environment itself. You see, the environment is as much of a threat as the monsters that live there. Light is your friend (except when it’s not) and Corruption is your enemy (except when it isn’t). Your character will generally take less damage when standing in torchlight - however, certain weapons and effects can actually make it more to your advantage to stay in darkness, such as by increasing the damage that you deal in return. Just be careful, because you can’t see traps in the dark! I learned that one the hard way.

The Dead Gods Are Watching

While seemingly drawing inspiration from similar games such as Supergiant’s Hades, Curse of the Dead Gods seeks to stand out by including… well, curses. Your character has a Corruption track that increases as you play, and every time it reaches 100 you gain a new curse. However, Corruption is a double-edged sword, because you can also increase it on purpose to get powerful weapons and abilities that you couldn’t otherwise afford. 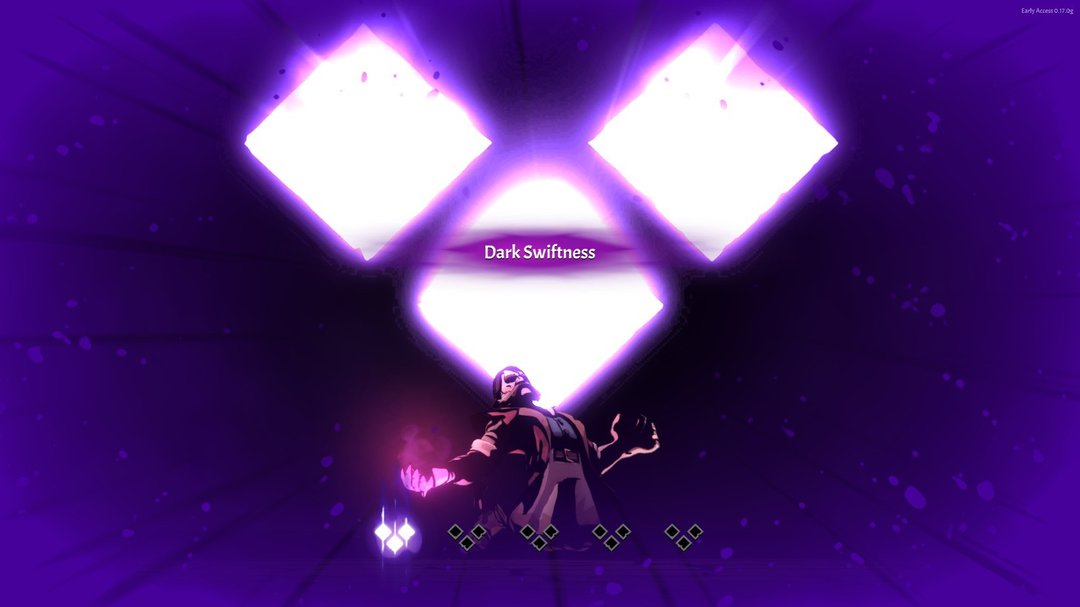 Most players will have one of two reactions to this: either trying to avoid curses entirely, or gleefully selling their souls for power. I tried both methods, and neither one worked very well for me in the end.

First of all, accept that you will become cursed. Just moving from one room to the next raises your Corruption by 20, and then each room has a shrine where you can either offer up gold or blood to get some benefit. Gold is the generic currency that you find scattered throughout the temple; however, you’re almost certainly not going to have enough to get everything that you want. 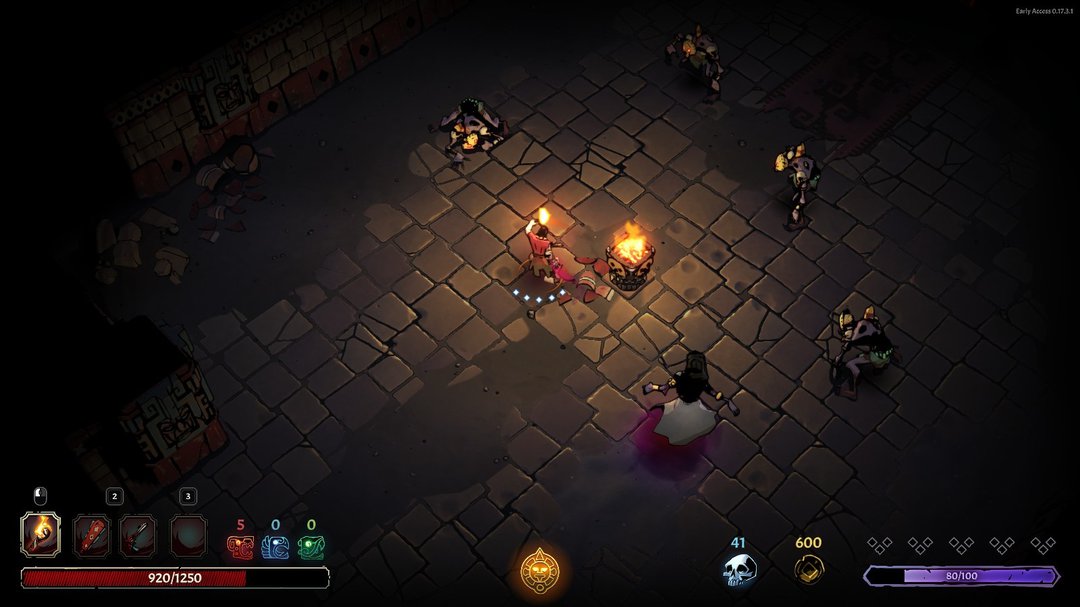 Offering blood - though it sounds like you’re giving up health - is actually how you purposefully corrupt yourself to become more powerful. On top of that, there are healing shrines where you can restore your health, but those don’t take gold at all. Offer your soul to heal your body, that’s the deal.

So the first thing I realized was that there was no avoiding curses. The second thing I realized was that not all of the curses were all bad - in fact, some were outright beneficial, like the one that makes me take less damage based on how much gold I’m carrying. So maybe Corruption wasn’t such a big deal after all? In fact, why not just go all-in to get all the best stuff right away?

The third thing I realized is that the fifth and final curse is ALWAYS terrible. 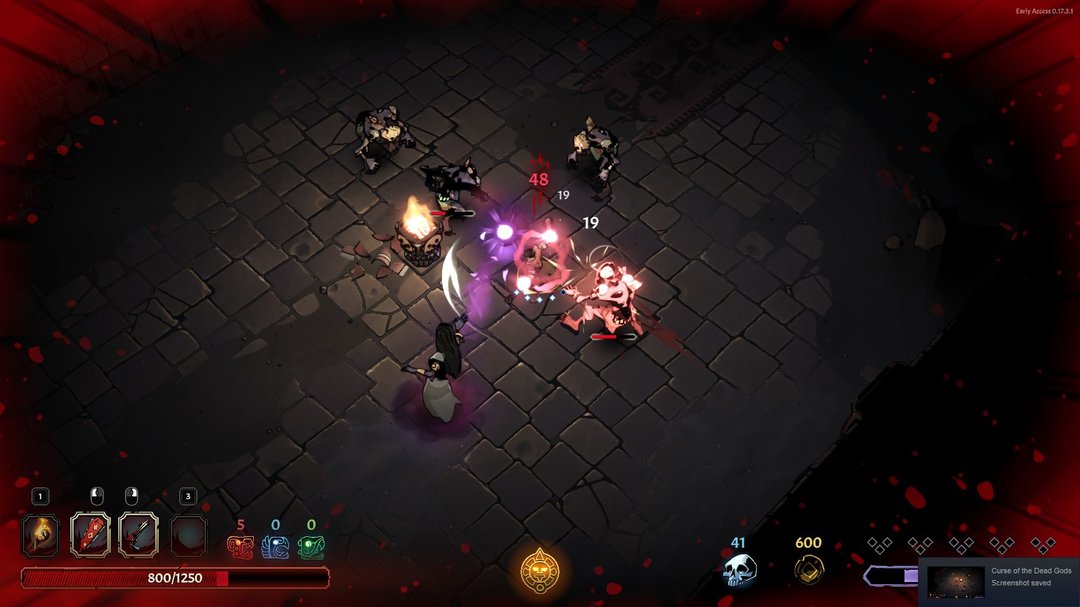 Well, this seems to be escalating quickly.

This turns Curse of the Dead Gods into my favorite kind of balancing act. How powerful do you think you need to be? How many curses do you dare to take on to get that power?

The one major downside to Curse of the Dead Gods is really more of a warning: it’s still in the very early stages of early access. The game only became available about a month ago, so while you can get it at a very good price, keep in mind that there is a lot of content planned but not out yet. Currently you can only play as one character out of four, there is limited variety to the rooms that spawn, and the bosses seem to always be the same. 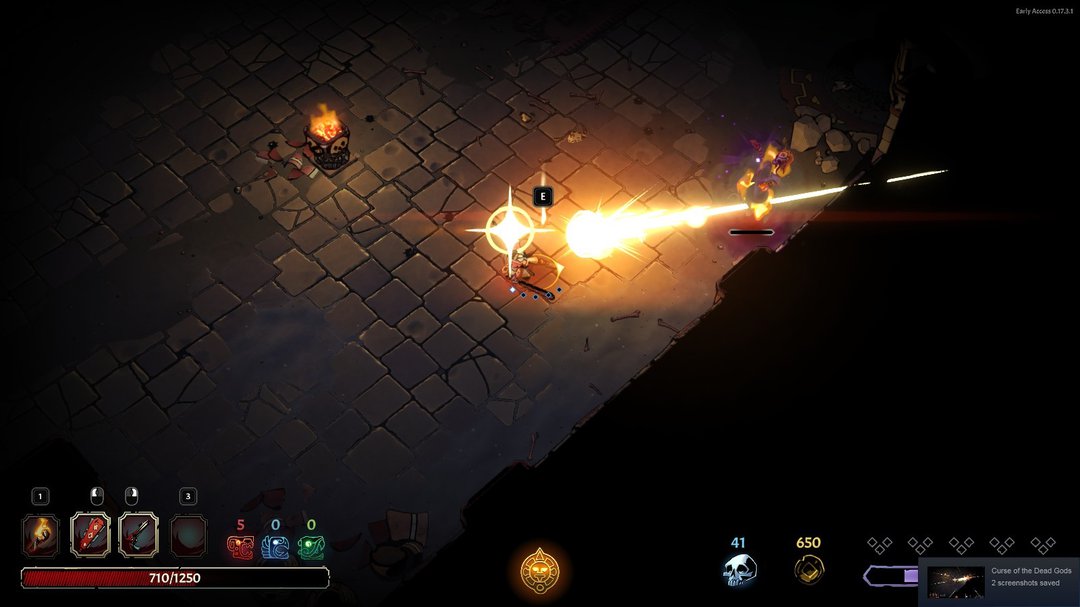 Fortunately, there's already a variety of weapons to get you through the Temple: you'll probably need them all.

However, the gameplay is right where it needs to be. Curse of the Dead Gods plays quickly and smoothly, constantly testing your awareness and reflexes as you navigate through traps while monsters attack from all sides. You have to be quick on the dodge button and even quicker on the parry to stay alive. However, while the game is eager to punish mistakes, you always know it was your own error - and not artificial difficulty - that got you killed.

There’s a variety of weapons to get you through the Temple, and you’ll need them all.

A Solid, Though Unfinished Adventure

It’s hard to say anything bad about Curse of the Dead Gods. What they have out so far is really well done, and the biggest problem is just that there’s not more of it. However, PASSTECH has what they’re calling a “living road map” on the game’s Steam page, so you can keep up with what they’re currently working on. There's a lot of potential here, and since first writing this article, some updates have already released. 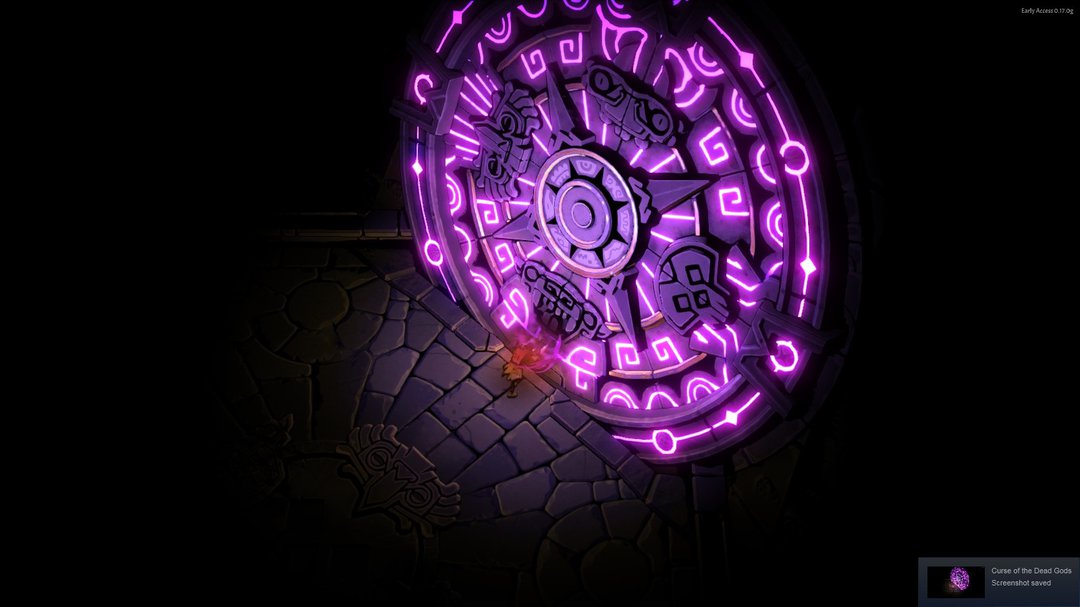 Overall, Curse of the Dead Gods is a fun and very promising game that’s currently feeding my roguelike addiction. The early access price is fair for what you get, and if the developers maintain this level of quality in their future updates I can see sinking many, many more hours into this game. I definitely recommend it to anyone looking for a new action roguelite challenge. For $15, this is a short and sweet treat that offers even more potential to come.