Broforce Review:
Freedom Isn't Free, But it Is Manly

Freedom and democracy aren’t going to brutally enforce themselves!

What do the Terminator, the Predator, Blade, Ellen Ripley, and Macgyver have in common? They’re all members of Broforce, an elite American paramilitary organization. With their names morphed into non-copyright-infringing “bro” puns they, along with many others, protect the world from the evils of terrorists, illegal aliens, and the devil himself. 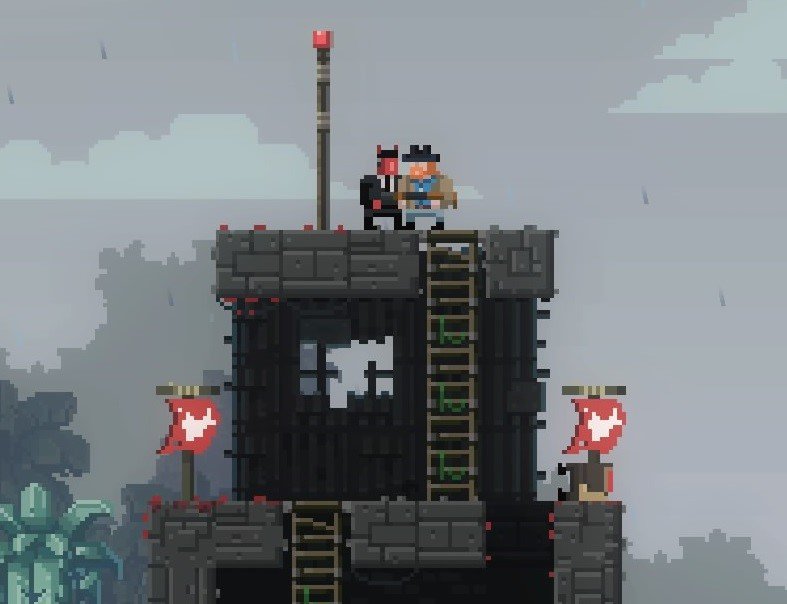 Broforce is a multiplayer side scrolling shoot-em-up game, in the manner of Metal Slug. It’s available on Steam and the Playstation Store, and is currently free for Playstation Plus members. Broforce is a perfect example of a game that knows exactly what it is, and doesn’t try to be anything else. The plot is absolute bare bones, and the game itself pokes fun at that fact. There are no gimmicky mechanics, no minigames, and no controls that do anything other than move and kill. Broforce is relentless testosterone-fueled carnage, and it’s good at it.

In Broforce, you take control of this group of the biggest badasses that America has ever seen. At the bidding of your overly-buff, cigar-smoking commander, you invade different countries around the world and slaughter hundreds of people. All in the name of freedom, of course. Reasons for invading range from, “These people look, speak, and act differently” to, “Something something bipartisan something something unilateral military intervention” to, “Sources claim that [this] is, in fact, a country.”

If it isn’t clear yet, Broforce is totally satirical.

By the way, when I said “illegal aliens…”

It might sound like this game runs the risk of getting repetitive and boring, but there’s enough variety to keep it interesting. That variety comes in the form of different levels, different enemies, and most important of all, different playable characters. Each level has prisoners that you can rescue to earn extra lives and unlock more Bros, each with their own weapon and special ability. These range from the straightforward Rambro, who sports a machine gun and grenades, to the more tactical MacBrover with his dynamite and explosive traps, to the downright weird Rocketbro, who has a weak gun but sends out waves of fire every time he jumps.

The only problem here is that the characters are randomly chosen for you. There’s nothing worse than tearing through a level with Brobocop’s burst-fire pistol, only to rescue a prisoner and have him replaced by Cherry Broling and her downward-firing machine gun leg. Sometimes it seems like Broforce intentionally gives you the worst possible Bro for your situation, and every once in a while, it turns into a test of sheer patience as you wait to get someone who can handle whatever you’re stuck on. At other times, it gives you something perfect for causing more chaos and fun for the rest of the level. 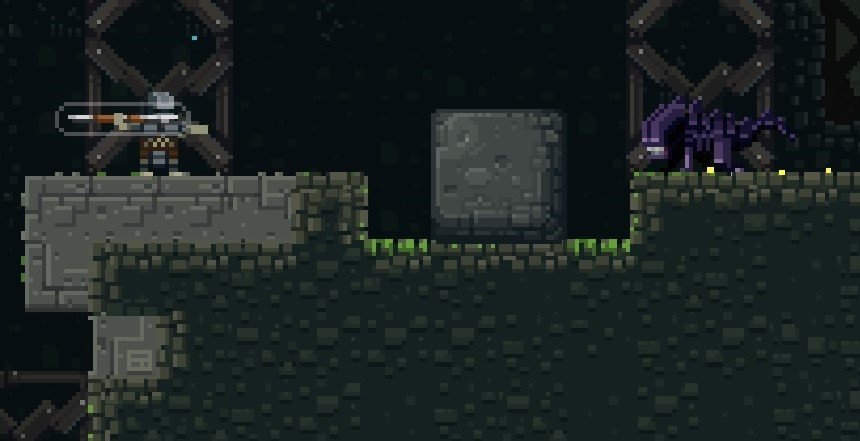 Alien vs. Predator. Someone should make a movie of that or something.

The characters are great, but I think my favorite thing about Broforce is the fully destructible terrain, which allows for some Worms: Armegeddon style shenanigans. Now, I would not call Broforce a strategic game by any stretch of the imagination, but there will be times when breaking through the front door with guns blazing is just going to get you killed. When that happens, you have the option of shooting in through the wall, blasting in from the ceiling, or just shooting the floor out from under people. I’ve skipped huge portions of levels just by tunneling underneath the bad guys, and picked them off by throwing grenades and launching missiles from places that I had absolutely no business being.

Broforce is fast-paced, action-packed, and completely unapologetic. It’s simple and straightforward. Broforce knows what it wants to do and just does it, and the end result is something that’s equal parts fun, funny, and guilty pleasure. If you have Playstation Plus in March, run and grab it now while you can for free!

Listen up, Bromo Sapiens! If you want more gaming news and discussion, like us on FaceBrook or follow us on Twitter. PAX East is just around the corner, and we’ll have plenty of coverage that you Bro Magnons won’t want to miss. ...Please help me stop adding Bro to everything.