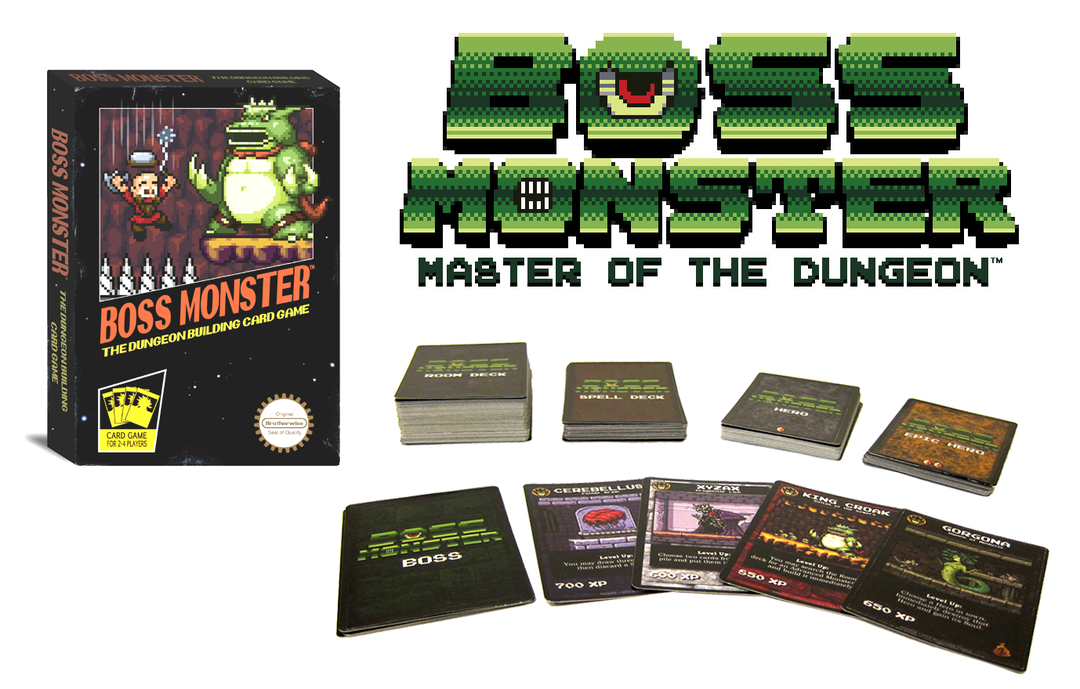 When my friends want to play Munchkin, I shake my head, and pull out Boss Monster instead.

Boss Monster is a card game that was built with old school gaming in mind, and gives the whole card game a wonderful sense of nostalgia. At the same time, it turns these on its head by making you the bad guy, killing all of those brave adventurers trying to crash dungeons for their own glory. Think the classic Dungeon Keeper computer game mixed with old Final Fantasy, with splashes of art from Mario and Metroid games, and you are starting to get a good idea.

The premise and the flow of the game is very simple and straight forward - you are a boss monster, and you make a dungeon, one tile every turn (up to five, replacing with better cards as you get them). You have to manage what kind of treasure appears in these tiles, because they will attract heroes...which appear in town every turn. And keep appearing. Well, that is until the epic heroes come out... 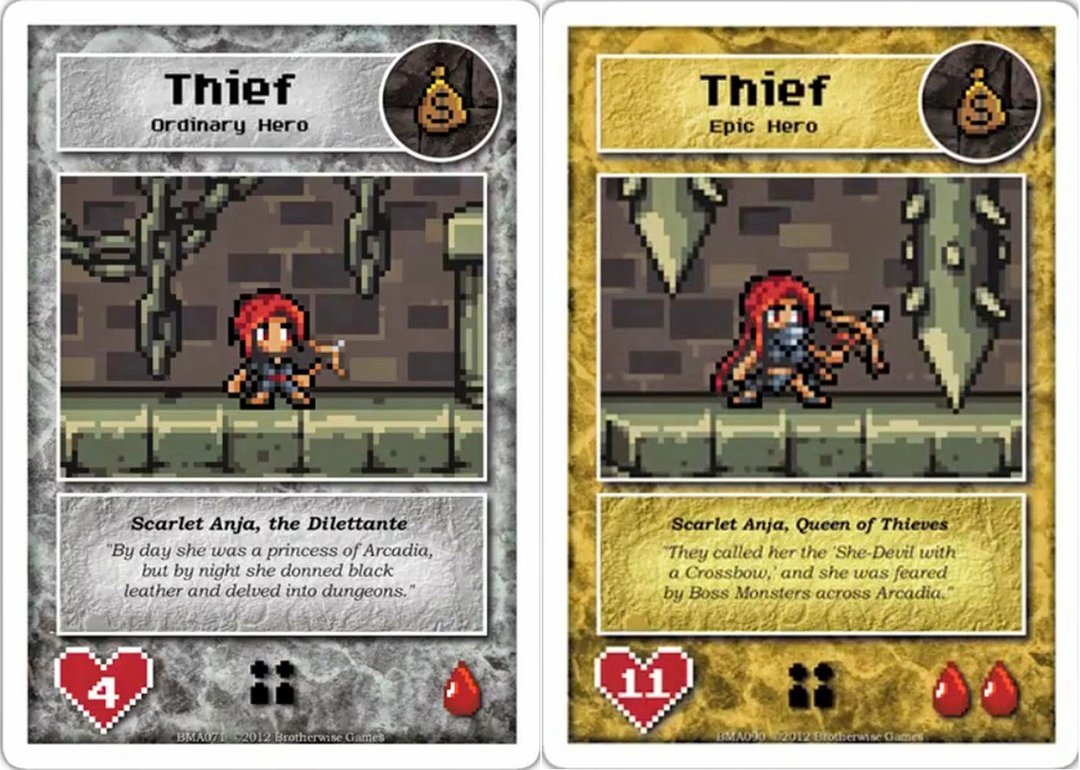 The art is a great 16 bit style and while also well polished.

This makes for a really interesting mix of making a dangerous dungeon, creating the right mixture of treasure to attract as many heroes as possible, and actually trying not to attract every hero right away. The resource management game here is simple, but the pressure is on between competing with other Boss Monsters (players), and the 'town' itself, that spawns as many heroes as there are players. You can lose the game, because if you take five wounds from heroes...you are out.

Let me just come out and say it - this game is simply fun. Fun and quick, which is what has made it replace Munchkin in my gaming bag whenever I head out to see friends or stop by the local gaming store. Believe me, I know the hilarity that Munchkin can bring, but I also know how that game can also cause hours of agony that stresses friendships, as it turns into a back-stabbing mess near the end game. Make no mistake, this game has the ability to backstab friends into taking wounds, or just robbing them of points too; it also has the ability to speed up your own dungeons, bringing you to a quick lead, where all of the heroes are running (and dying) through your dungeon, letting you laugh an evil laugh. What makes it different is that the game has an obvious end point - the 'town' is fraught with heroes that will kill Boss Monsters, and the amount of souls (what you need to collect to win) in it is balanced so that the deck of heroes will never reshuffle during a game to find more.

This is pretty much your game board, and shows how simple the game can be to learn the basic rules, while still having a lot to it.

I prize this sort of balance, this ability to make the game quick, to know that there is an end point to the situation. I've shown this game to twelve people by this point, and out of them, three people have bought the game, and most ask for a second round. Only one wasn't really a fan, and eleven out of twelve isn't a bad mark at all. I love the fact that I can teach the game in forty-five minutes and play a full round, and the second game with a person is less than thirty minutes long. Its a great game to play if you have some time between a larger game (like say, Dungeons and Dragons or Malifaux games), or just while waiting for pizza.

Like my previous review of Smash Up, I'll say this is a great introductory board/card game, even more so than Smash Up. Its fast, its fun, its to the point, and the artwork speaks for itself. This was a kickstarter game done right - giving a simple premise, and delivering. Its only 25 bucks to buy, and I've already played it enough hours to be more than worth it. If you get it, I hope you find the same thing.