A Boss Monster Expansion Review, PAX-East Pregaming, and a rambling on what makes a game special 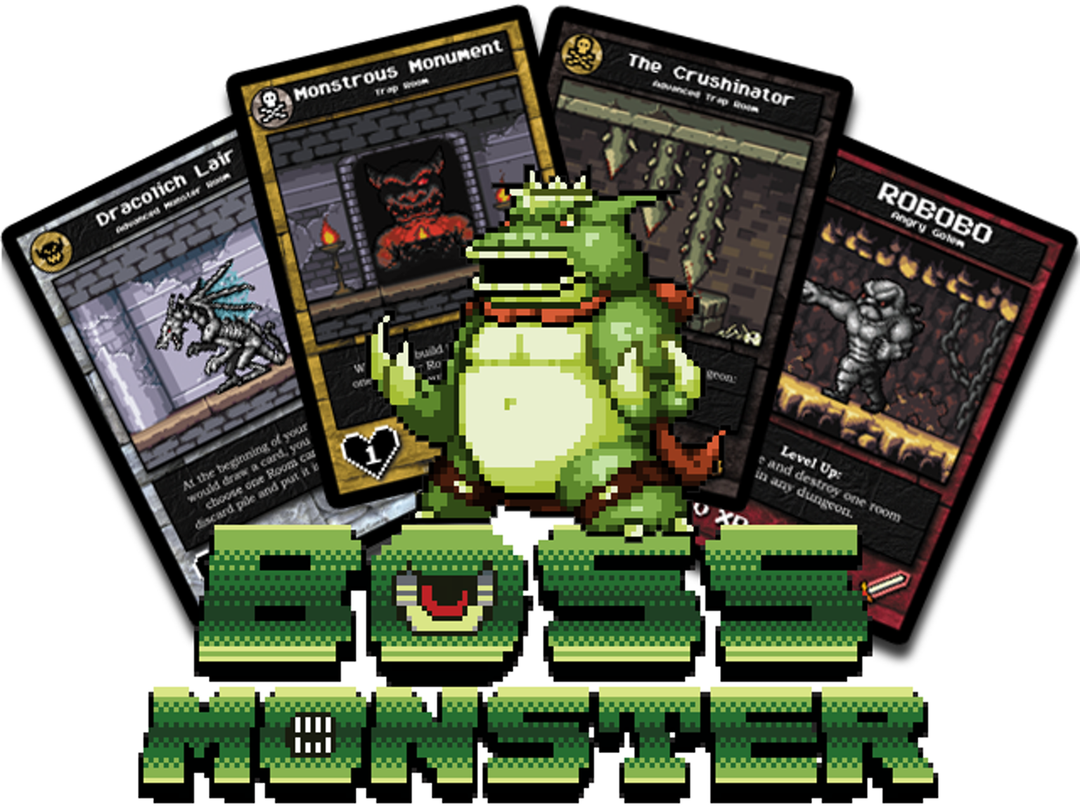 I know I already made it official that I love Boss Monster, but there's a difference between loving a game and really having a connection with it. Sure, I really enjoyed playing through Halo 4, but it still has nothing on the two months I spent playing LAN games of Halo: Combat Evolved in college, getting my butt kicked until finally I was the one of the high scorers on campus.

For a game in your collection to really become a thing that is personal to you, something that feels like it is yours, I've noticed two things must matter: the first is that it is a game you enjoy to play, and the second is making a memory around it. Tonight, Boss Monster and its expansion, Tools of Hero Kind, have been elevated to that status. 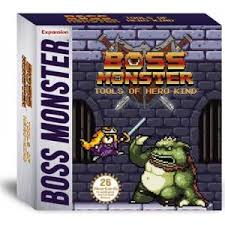 Also, this is the actual box the expansionfor the card game comes in. Haveto love the design of this game.

To get the logistical part out of the way, the Boss Monster expansion is fantastic, and addresses one of the key concerns that many people had with the first game: replayability. My original review minced no words about the game being fun, but I would be honest that the game can lose a bit after the initial excitement over the art or the jokes wears off. You figure out your strategies on how to build a dungeon, and you work your best to keep it going strong. The random dealing of room cards to build your nefarious lair does help, but if you play the game back to back enough, some patterns emerge, especially if you play with the same people. 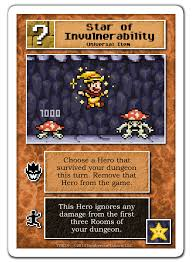 Want to make a game more fun?Add yet more cards that trigger16-bit nostalgia.

Tools of Hero Kind adds variability not by adding a massive new stack of cards, but by adding a brand new element, which is items. Now when heroes line up in town every turn, an item appears as well from the stack, attaching itself to a soon to be adventurer and buffing them with some really fun tricks. Thief items, like "Cheat Code", might turn off the special abilities of your rooms, while weapons that the fighters grab just make them nearly impossible to kill. This might seem like it makes the game more difficult, and while it does (which many lovers of the original game asked for), it also can work for you; if you manage to kill a hero which is using one of these items, you collect it, and once a game, can unleash a monster version of the power to aid you in a time of need.

I'll be frank about this: if you like the original game, you need to get the expansion. Its only ten dollars, and adds a lot of variation to the game while not over complicating it - for adding a brand new element to the game, this has to be one of the most seamless additions to a board game basic rule set that I've seen. I can't imagine going back to without the expansion, especially since it fits into the base box set with still room to spare. 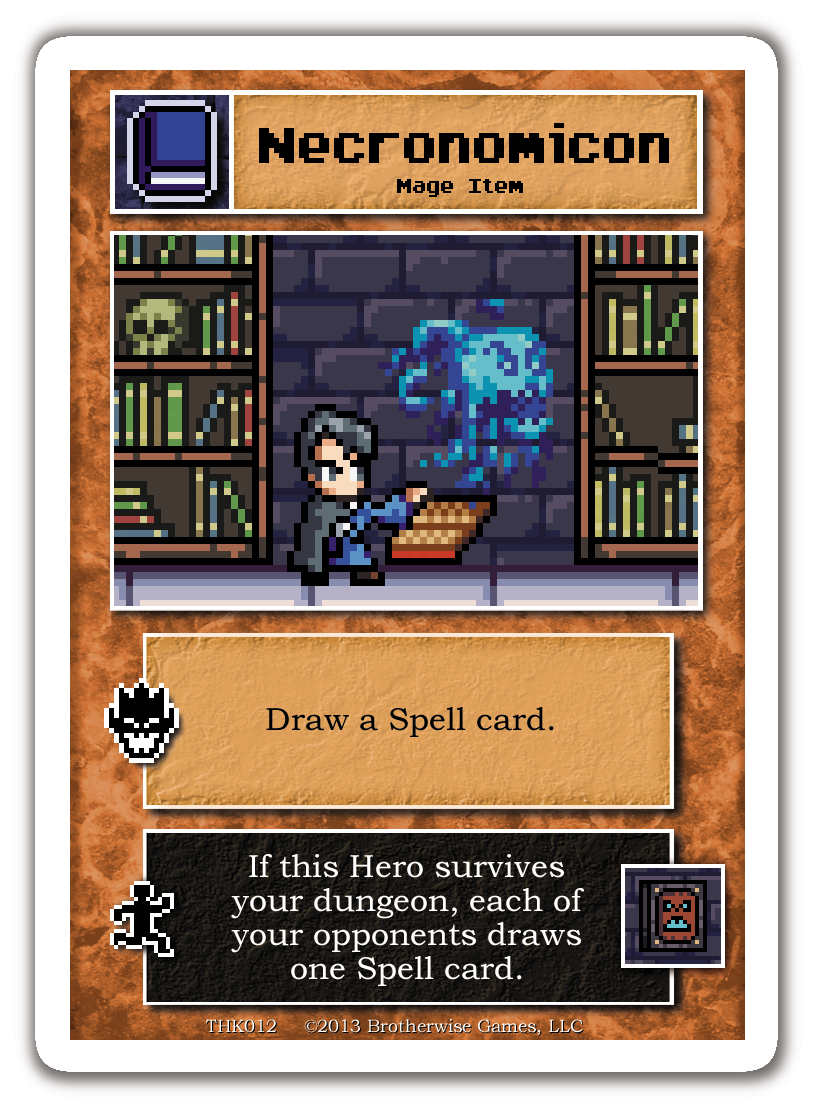 What makes the game memorable though? Sure, it sounds fun, and it is fun, but what makes it one of those games on my shelf that I will grab for time and time again? A few things - how quick the games can go once everyone knows the rules, or how small and unassuming it is, easy to transport and carry. The nostalgia element is huge too, but not enough to justify a minor obsession my friends now have with it. For us, its because of how it makes us laugh. How it makes my friends and I poke fun and play a game, lightheartedly, while feeling engrossed and engaged to win. Yes, you can backstab your friends to win the game, but its not just the only thing you do in the game - its a highlight, not the end game.

Let me plead my case a moment; as I write this, its the night before the East Penny Arcade Expo 2014 opens its doors. A car stuffed with friends and food, travelling hours on the road to Boston from where we live. Months of planning and prepping, saving up money and containing excitement. After a long trip, getting to the hotel room exhausted, but not enough to sleep. We toast to a good weekend, and after idly sitting about a short while, we go through the small stack of games we brought for waiting on lines with, settling on Boss Monster. Two people haven't ever played before out of the four of us, but why not, its an easy enough game to learn.

A half hour later, myself and my one friend are removed from the game quickly - as part of an ongoing feud that spans several games, we turned on each other with spells and stolen items from the heroes. One boss dies quickly due to treachery, while the other is slain by a slew of clerics bent of retrieving holy artifacts from my dungeon. Suddenly the two new players stand, toe to toe, fighting over each hero that appears in town, surviving their onslaughts and vying for power. Of course, myself and Eric weren't going to sit by and do nothing. We start reading the flavor text for the heroes. Making up stories as to how they are breaking through the dungeons, or dying horribly. Trying to get our friends to be dirty backstabbers in an attempt to win, or helping another narrowly avoid losing.

It came down to the last hero in town, raggedly stumbling through a Liger's den before suddenly finding the room collapsing around them - thanks to a bomb that a previous hero let fall into the bad guy's hands. Spell after spell was played as defense and offense, but still the hero fell, and one Boss emerged victorious out of the rubble. We laughed, we finished the drinks we had brought with to toast the start of a 3 day weekend of unashamed nerding, and began to turn in. That's when I realized that this game was now going to really be a favorite. Its also when I realized, yet again, why I love gaming so damn much.

Its going to be a good convention, and it hasn't even started yet. Just needed some friends, some excitement, and a fun game to talk over.