18 Minutes To Live - Make Them Count! 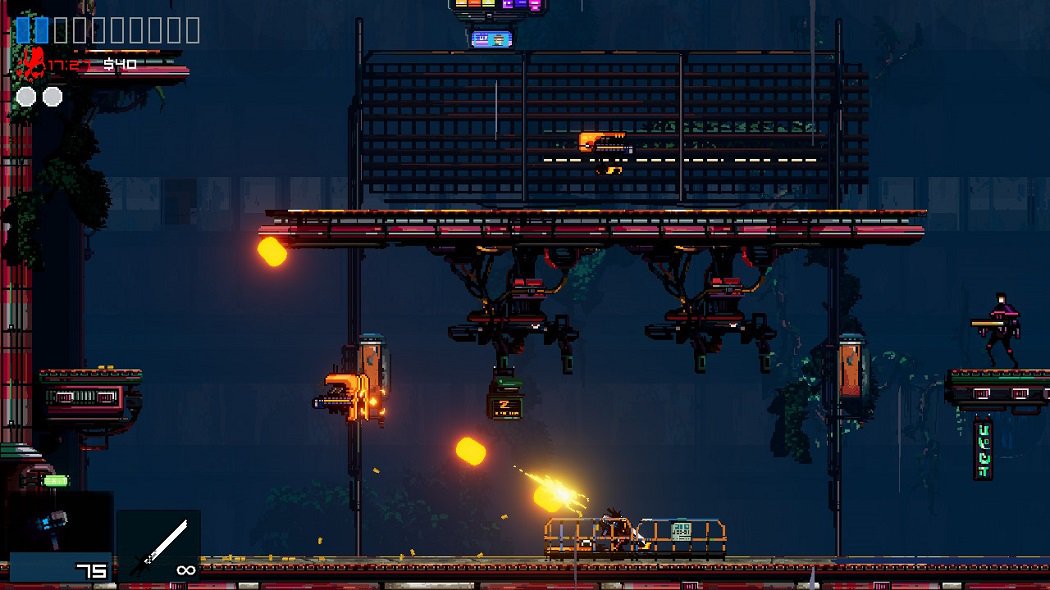 The Earth is ruled by an unstoppable army of machines, and humankind has long since given up any hope - or even desire - of overthrowing them. Nobody dares to stand. Nobody dares to fight. There are no heroes left in man.

In Black Future ‘88, the world has been largely destroyed by nuclear war. The remnants of humankind live in the shadow of Skymelt, a massive and ever-changing tower. Skymelt is filled to the brim with machines and weapons of war to keep the people in line, and at the very top sits Duncan the Architect, the man who built it all.

You are one of the few people who dares to fight back. However, you have a mere 18 minutes to live before the timer on your Deadlock runs out and your heart explodes, because cyberpunk. Your mission is to use what little time you have to climb Skymelt, kill Duncan, and put an end to the nightmare.

Also, it’s perpetually 1988 and everything is neon. Because cyberpunk.

What Is Going On?!

My first impression of Black Future ‘88 was that it’s rather Dark Souls-ish, as it throws you straight into brutally difficult combat with little explanation or preparation. Who exactly am I? What is Skymelt? Why do I only have 18 minutes to live? How is it simultaneously 1988 and the future? Who is this old man, and why does he keep saying darkly cryptic stuff to me?

I discovered that a bit of the backstory is explained in the pre-title cutscene that I skipped because I wanted to shoot stuff, but the comparison still holds in a lot of ways. Black Future ‘88 is still extremely hard, they don’t explain the mechanics (what exactly do curses do?), and I’m still not sure why I have a tiny bomb implanted in my heart. 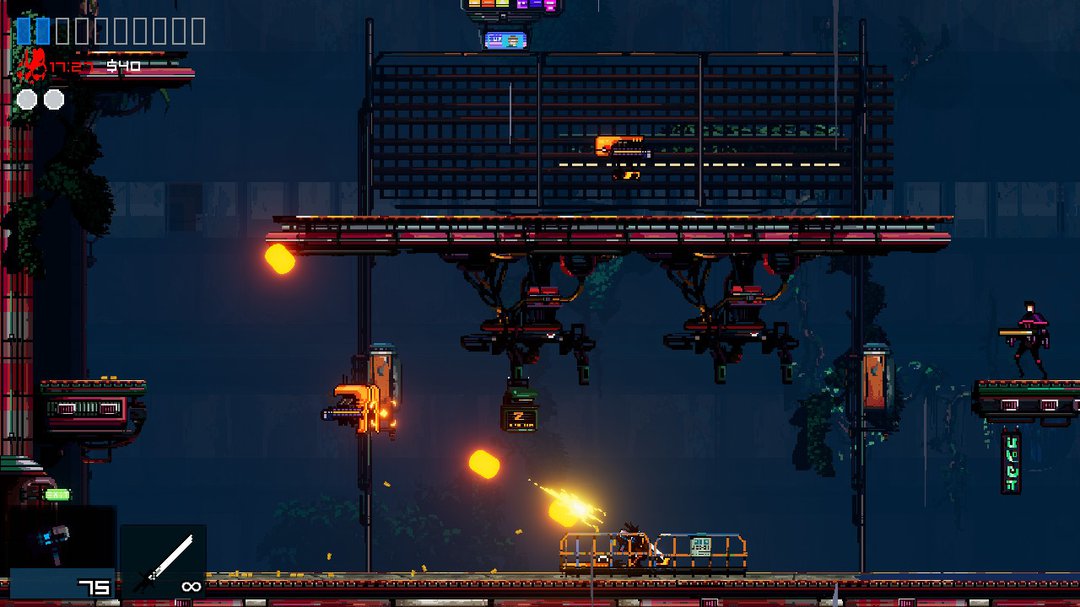 The retro art style adds to the charm and the theme.

Even knowing the backstory and the controls, the actual gameplay is still a frantic seat-of-your-pants attempt to learn as you play. There are weapons you can pick up as you play, but the game only gives brief descriptions and no stats on them, so you just have to pick what sounds good and hope for the best. A perfect example: on one of my earliest runs I picked up a weapon that was absurdly powerful but, as it turns out, runs out the time on your Deadlock when you use it. I breezed through a level or two before realizing that I had less than a minute left.

There are also upgrades that you can give yourself when you level up or find certain upgrade stations. Again, they won’t really explain how the abilities work, they just give a brief description. Some of them are straightforward: dashing twice in-air instead of just once is pretty self-explanatory. Others are… less so. Basically, as in other roguelikes/roguelites like The Binding of Isaac, you have to learn by doing. 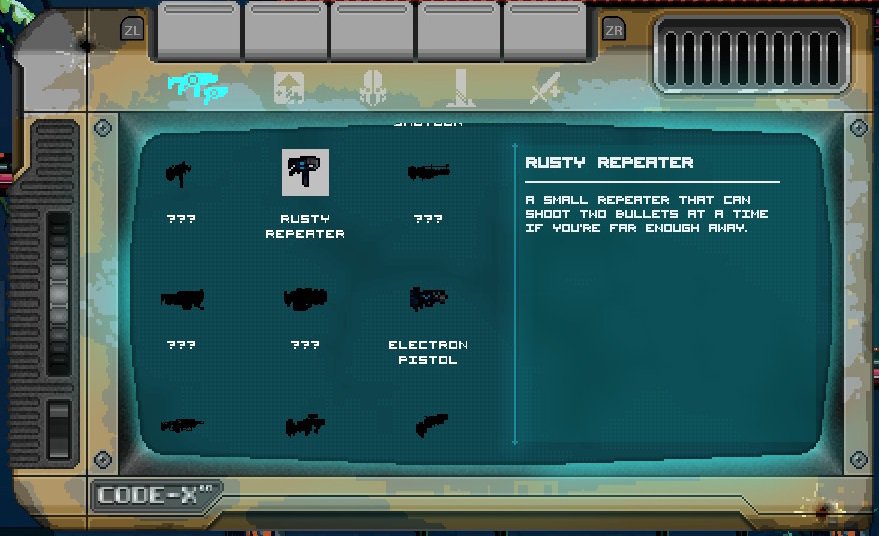 How Does It Work?

Black Future ‘88 is an action-platformer roguelike. Imagine Dead Cells in the style of Towerfall, add an eighteen minute time limit, and you’ll be on the right track. Combat is fast and brutal, enemies are plentiful, and the tower itself becomes more powerful as the game progresses.

That’s right, you’re not the only one who can level up. Any weapons, ammo, or money that you don’t pick up in time get absorbed by Skymelt. When the tower collects enough loot it will improve itself in some way. That might mean more cannons on the walls, tougher enemies, or a number of other nasty surprises.

You have to shoot, slash, and dash your way through the tower, reach the top, and kill the architect. You can dash through bullets (or smack them away with a melee weapon) without taking damage, which is good, because there are a lot of them. Swap out weapons, upgrade your character, and find the right balance between exploration and actually making it to the end.

You can hone your skills on daily challenges, adding variety to the game.

Black Future also features a couch co-op mode, so you can dash behind your friends when the bullets start flying. I'm always a fan of adding different ways to play the same game.

The Good, The Bad, And The Neon

Black Future ‘88 places intense action front and center and practically oozes retrofuture charm. It’s flashy and exciting, and while the timer gives you plenty of time to make it to the end, it does make sure you know that the pressure is always on.

On the less exciting side of things, the number of items and upgrades you can find is pretty low compared to the iconic roguelikes such as The Binding of Isaac or Enter the Gungeon. There’s also not much opportunity for combos - the items mostly stand on their own and just do what they do.

The fact that runs are so short is both a blessing and a curse. On the one hand, it eases the frustration of dying - which you will do a lot. Dying ten minutes into a run of Black Future '88 is a lot less upsetting than dying an hour into a run of Isaac. Unfortunately, that also means that you’ll get through the game’s limited content more quickly. After racking up only a few hours of playtime I’d already seen most if not all of the bosses, and had experimented with most of the common weapons. 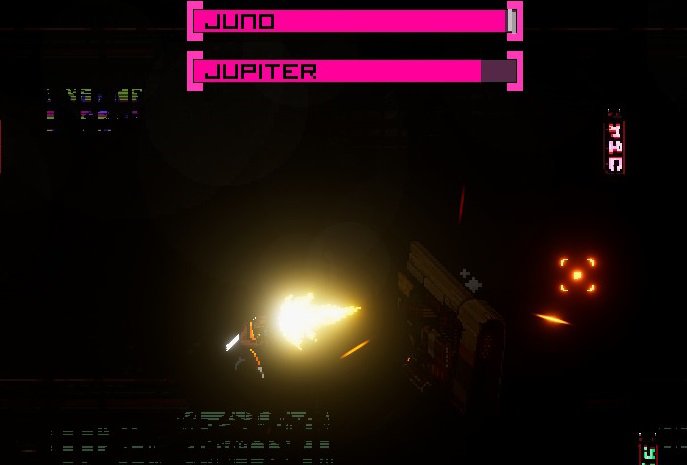 However, the bosses that do exist are suitably epic. I'm especially fond of the Juno and Jupiter 2v1 battle.

Overall, Black Future ‘88 is a solid game that’s a lot of fun to play, but suffers a bit from a shallow item pool and a lack of new bosses to fight. For exactly those reasons, I honestly wouldn’t recommend getting it for Steam unless there’s a sale. It’s probably not something that you’ll want to sit down and play for hours at a time, and if you do you’ll burn through its content very quickly.

However, at only twenty bucks, you might find it to be a worthwhile addition to your Switch library. Black Future is a perfect game to carry with you and break out for 10-15 minutes at a time, something that the remarkably short time limit even helps to enforce. I still pull out my Switch sometimes just to play a quick run or two when I’ve got a few minutes to kill.

Sometimes, you want a game that has a seemingly limitless sense of depth, where there’s always new surprises around every corner, even after dozens of playthroughs. Other times, you might just want a game that gets to the point, letting you focus on the sheer thrill of victory or defeat. IIf you want something that’s flashy, exciting, and doesn’t demand too much of a time commitment, Black Future ‘88 may be what you’re looking for.