The Benefits Of Small Worlds

Are We Exploring Too Much Terrain? 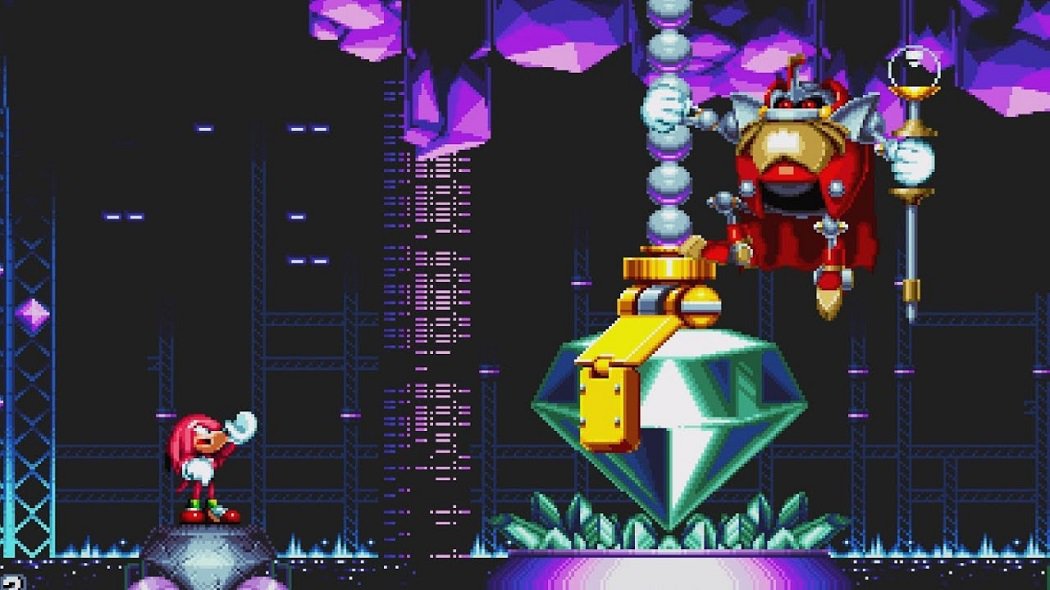 Over the horizon you see a lone campsite producing thick black smoke; mysteriously, no one is beside it. Behind the campsite in the forest is a large tower stretches up to touch the sky. That's why you rode out this far, away from all those pesky main questlines: you’re sure you’d get a fantastic view to spot other locations from all the way up there.

Now, what game did I just describe? Your answer could easily be one of a half-dozen options now that the open-world formula to creating game worlds is more and more commonplace. 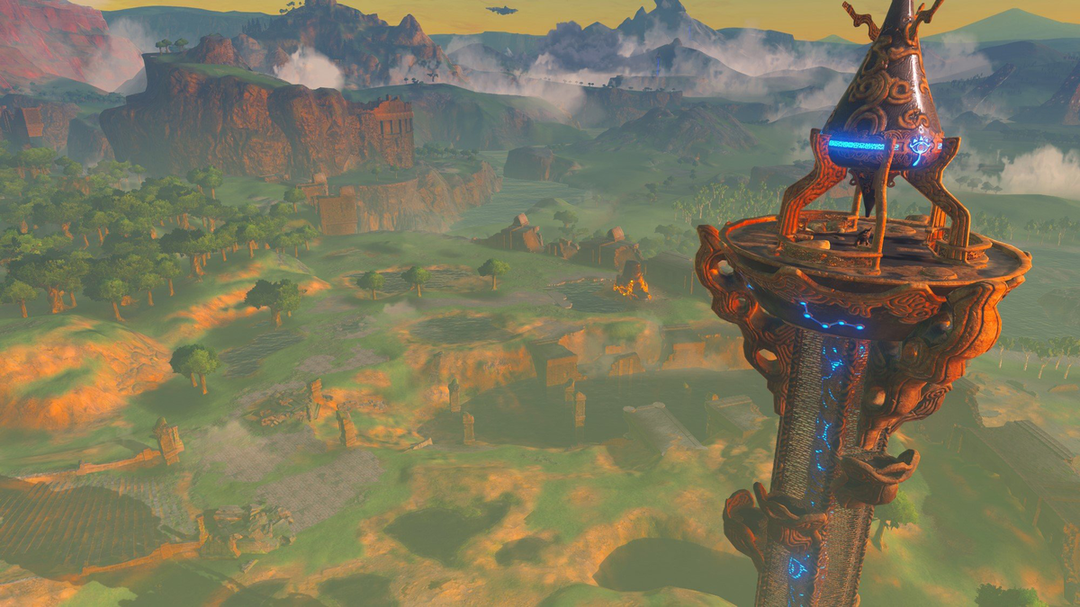 Sheikah towers, while unique in their art design, are still just radio towers.

These cliches are repetitive flaws that other writers and reviewers have pointed out before. Maybe they were writing about Far Cry or one of the newer Tom Clancy titles, maybe even Breath of the Wild. Still, there’s much more to be said on the downsides of making and playing through enormous open worlds versus the benefits of more compact and personal ones.

Making a huge world creates a disconnect for the player. The different paths between cities, settlements or points of interest blur. In some cases the world ends up hardly traveled through, either because of fast travel or other means of getting around that stop you from taking in the (if you’ve ever driven around in a Just Cause title I applaud you) sights. Sometimes a world is just too big for its own good; Red Dead Redemption II created an undeniably immersive and incredibly detailed environment that took far too long to travel across. When I reviewed that game, the sheer scale of the map and the sometimes eight-minute rides between missions were my biggest negatives. 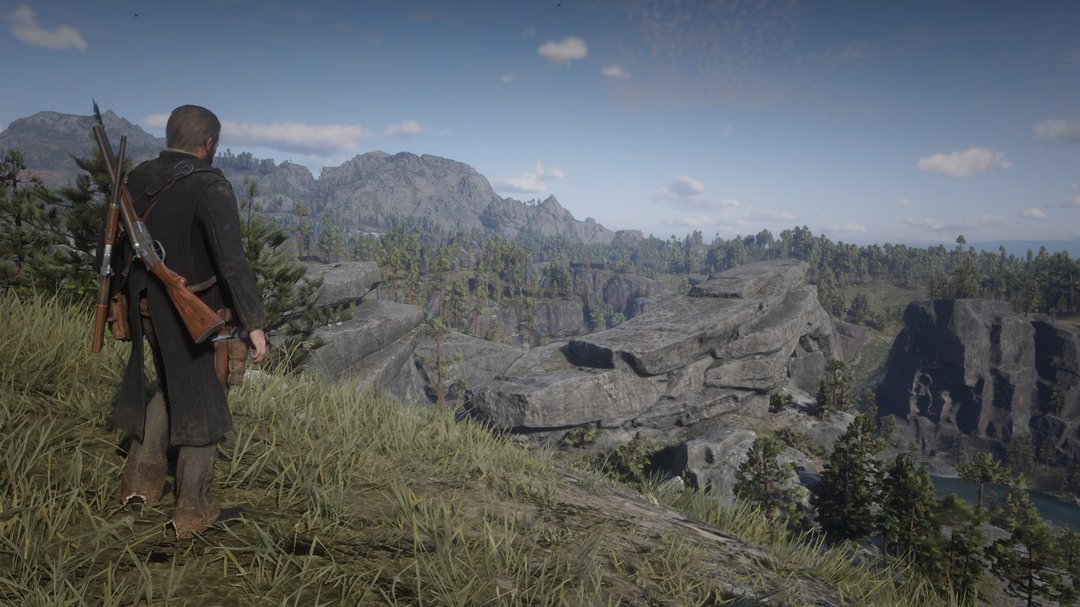 Oh boy, look at all of that beautiful nothing!

Open-world games tend to rely on a story to push a player across their map. However, telling a good story relies heavily on the pace of the game. A good pace keeps players engaged, feeling like they’re doing something important and getting them invested in the overarching story and world they’re traveling through. Breaking up that pace with miles upon miles of empty open-world is an easy way for players to simply lose interest.

There are games that do fill those mile empty voids. God of War had a brilliantly imagined open world, filled with island locales and the game’s unique puzzles, enemies and side quests. Not all games are so lucky to be that varied. Take for example the Far Cry series, which I bring up yet again only because it’s such an egregious offender in the case of boring open worlds. It was only upon the release of Far Cry 5 in 2018 that the game dropped its radio towers, which it had been reliant on since the series’ third entry. Same-y bandit camps which you could run into from a multitude of angles was still a main feature though. 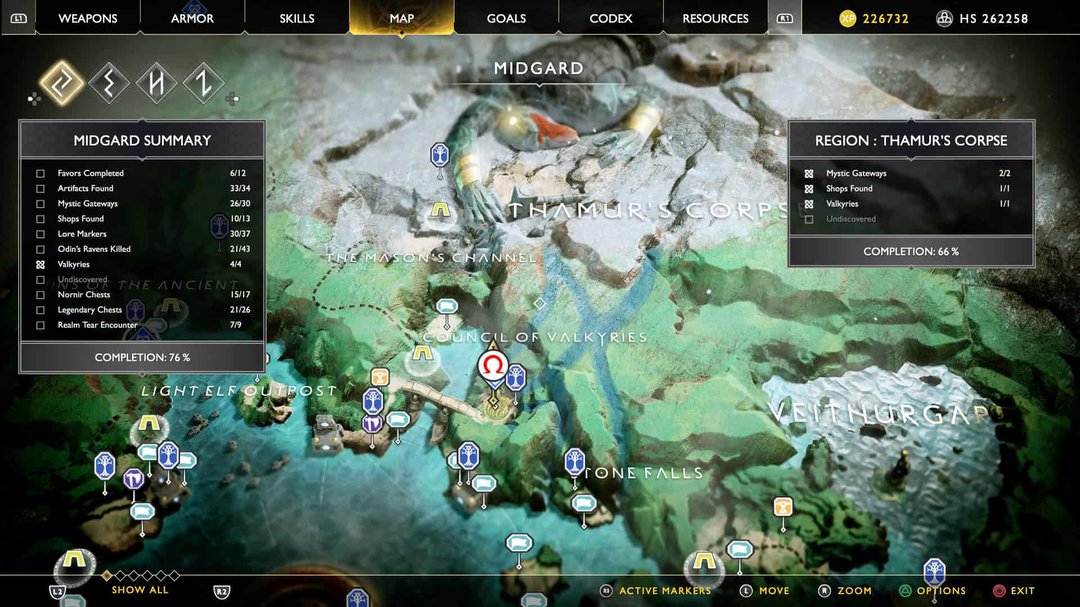 I mean, just look at all of the stuff in that summary! And the dead explorable giant!

We criticize movies that drag on in the middle all the time. Books that take too long to get to the point never get finished, and we see that as a bad thing. Why aren't games any different?

Games that suffer from bloated open worlds could learn a lesson from another RPG that came out about three years ago: Deus Ex: Mankind Divided. The game works like this; cyberpunk Prague serves as your hub world, you go on missions, you come back. I’m not doing it justice here, but the point is it’s not an open world game. Areas outside the city are their own levels, and once you go through them you can’t go back. You always return to Prague, a tiny area by comparison to other levels, but one that makes its size work. In fact, its confined construction is the base of everything that makes this hub world one of my favorite areas in an RPG to date. 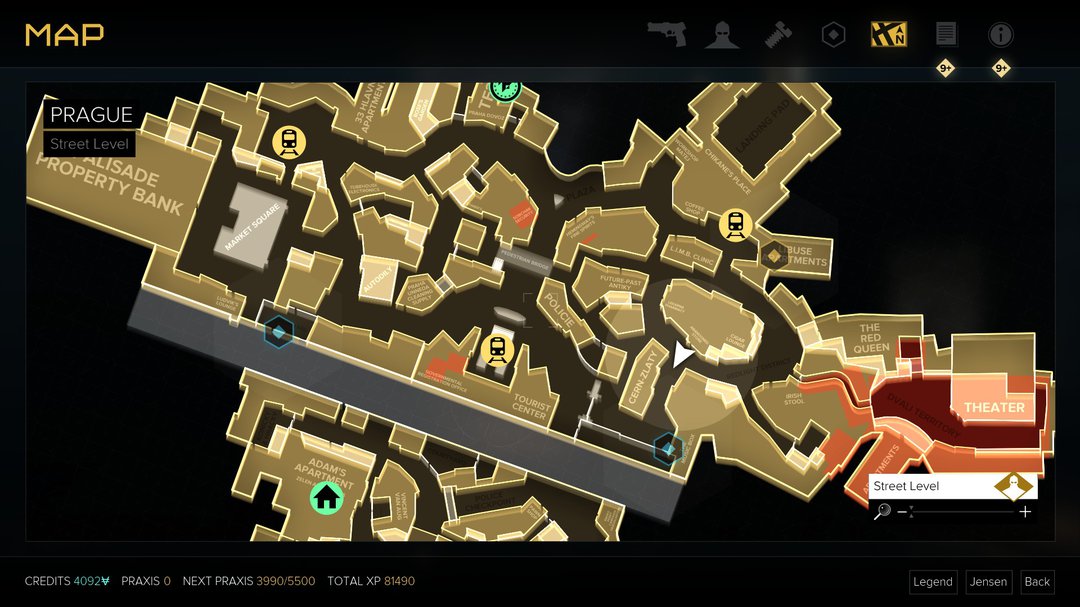 This small map hides a world of things to do and places to explore... without lots of empty space.

When you first walk through Prague, a few things are made obvious. There are some places you can’t get into yet; areas are guarded by police or gang members, or some that are simply locked behind a keypad. Fortunately, you’ll also find that there’s more than one way to get wherever you’re going. Prague is an old city, and it retains some of its ancient features. Alleyways pockmark the city, its rooftops connect making for easy traversal, and if all else fails the city has an extensive underground. Simply put, this place is made for exploration.

As you progress through Deus Ex your character improves, naturally. You gain new enhancements, maybe letting you jump higher, hack more difficult targets, or flat out turn invisible. But what’s so great about these improvements isn’t how you can use them during a mission, but how you can use them to explore Prague. As your character evolves, you can interact with the city in so many more ways. More paths are opened for you, new hidden objectives reveal themselves, and all of a sudden you’ll find yourself running around this tiny almost claustrophobic city with no guidance, as if it were the back of your augmented hand. You’ve formed a connection to this world. It's just one city, but it constantly gives up more secrets without the dead space. 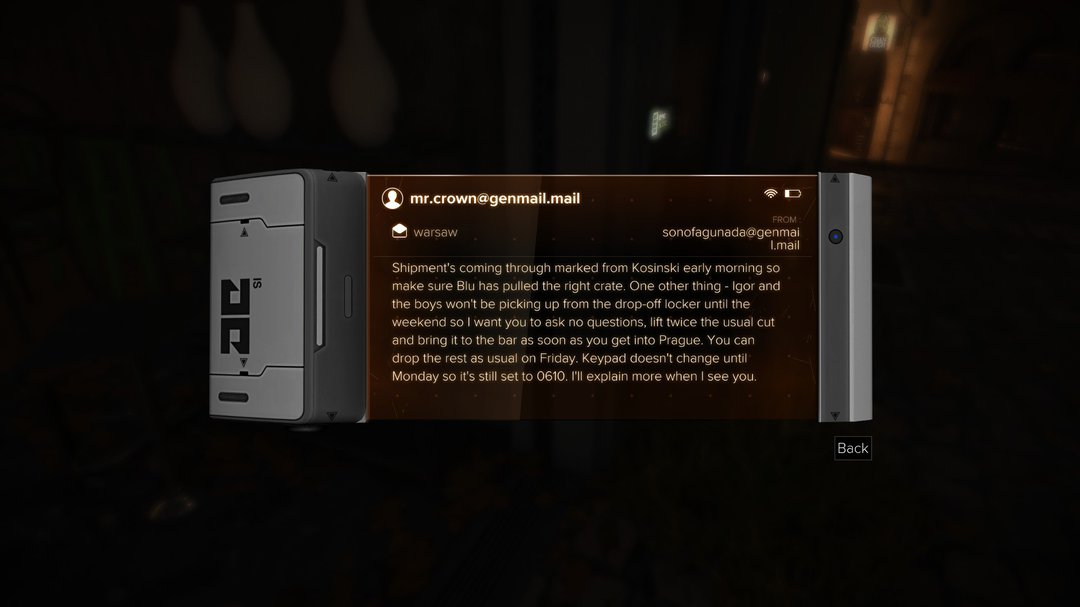 Logs that detail loot locations are common, rewarding you for exploration and searching without moving through wide empty spaces.

Building a smaller world also allows its designers to focus more on what’s in it than how big it is. Not only is the city beautifully designed, with polyganal (polyginal? Not sure if that’s a real word.) sculptures and dystopian-tier advertisements, but it is filled to the brim with things to do. Besides your usual run-of-the-mill side quests, most of Prague is fully explorable. You can enter individual apartments in apartment buildings; maybe whoever lives in the apartment is extremely rich and has a bank account. Suddenly, you have the combo to their own personal vault and you’re robbing a bank. All with no waypoints, questlines, or something to guide you other than a map and the information you know. The incredible amount of player to world interaction in this game, entire sequences unprompted by NPCs, shows what is possible when game content is built inward, not outward.

This isn't the only game that condenses a lot of 'world' into not a lot of physical space; it's just a great recent example. If you go back past Fallout 3 or Final Fantasy X, you end up with a ton of examples. We love the original Mario and Sonic The Hedgehog games, even though they were 2-D and never had an open world zone... mainly because they didn't even have the technology to make such a thing. Game designers and artists had to use our imagination to make a world come to life, and it worked. A lot of people didn't like the transition from 2D Sonic to 3D Sonic; there's plenty of reasons why it didn't work for most, but one reason could be that it sucked the imagination away from the player. It forced designers to try and 'show' a full world that started having holes in it, taking away from the simple - but lovable - premise. Final Fantasy Tactics has an obscenely dense plots of any game, and it lets you play with its history and lore without ever letting you zoom outside of the world map and battle sequences. 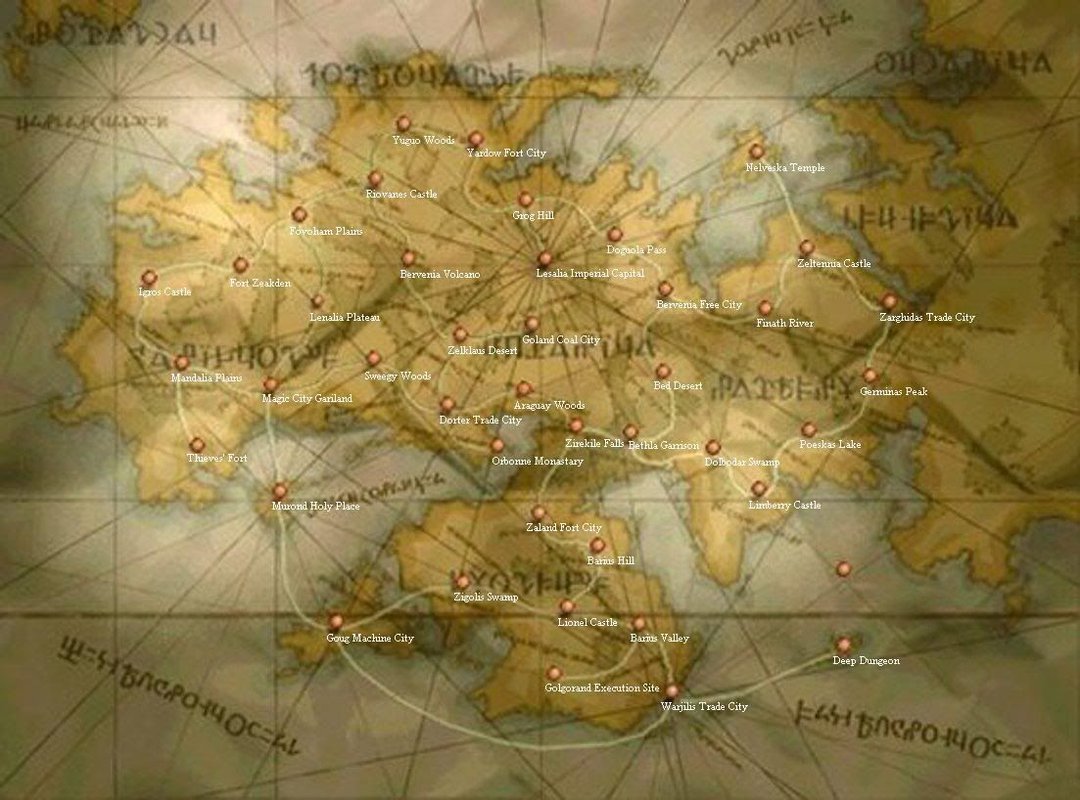 It's possible to have a great world and a great game without making you wander the wilderness for ten hours getting lost.

Don't Let It All Blend Together

I’m going to finish this off with a small disclaimer: I don’t dislike open-world games. Some of my favorites are Skyrim and Fallout: New Vegas. The Witcher 3 and Minecraft are also my guilty pleasures. As someone who loves sinking abhorrent amounts of hours into games, open-world games are kind of perfect for me, and there's nothing wrong with this style of game. What I am against however is stagnation in the sub-genre. Too many ideas repeated, too many worlds left empty, and too many bandit camps are half of what drove me to write this small piece. The other half was the incredible experience that I had playing Deus Ex: Mankind Divided, a game that maybe is old fashioned in some ways, but used clever game design to make me feel always immersed without using giant stretches of wilderness. I could enjoy that game world without spending over a hundred hours in it getting distracted from the main plot. 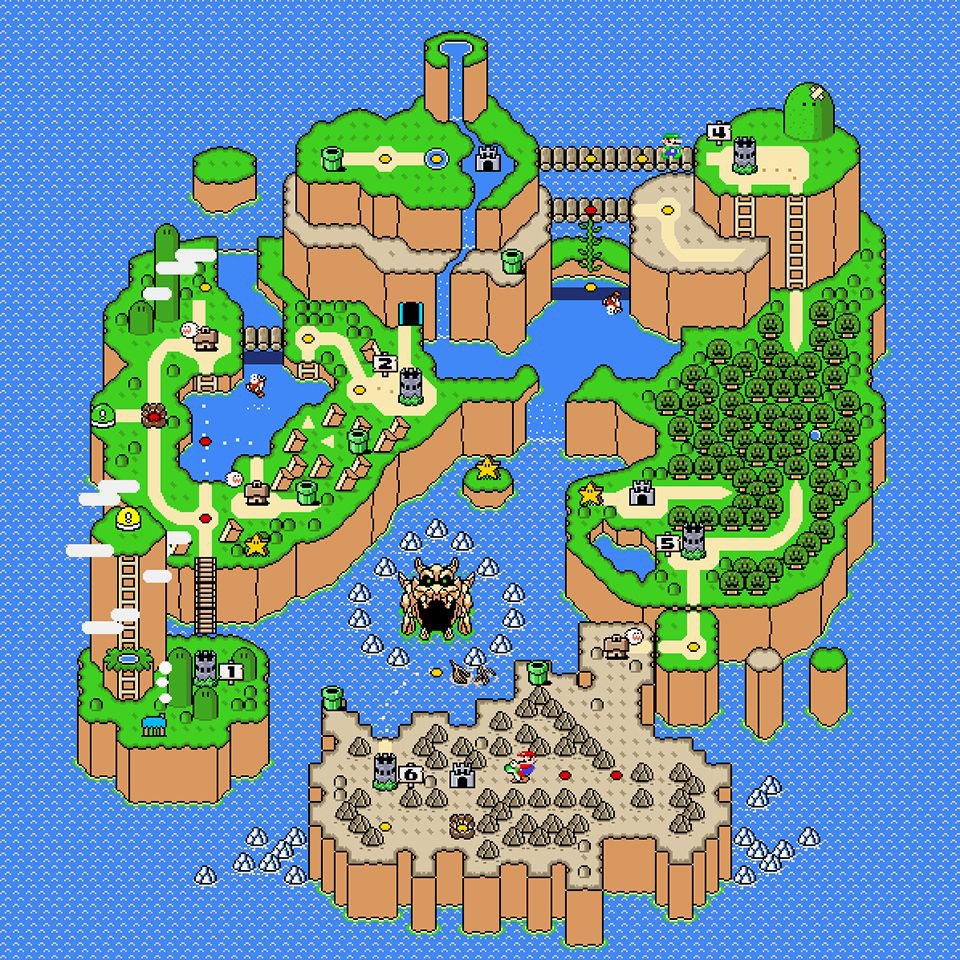 Sometimes, all you need is a pixelated map to feel like there's a lot of game to play.

So go ahead, find your favorite open world game and enjoy it to its maximum. But do yourself a favor too and pick up a game that doesn't need vast regions to tell a good story and give a great experience too. We don't need to all become cookie cut-outs of each other to enjoy some time as a hero.

The next time you hear open-world used as a buzzword? Be cautious and critical; it would be a shame to let open vistas filled only with bandit camps and towers become common place.