Black The Fall Preview:
Games As Reality As Games

A Machine That Grinds Humans To Dust 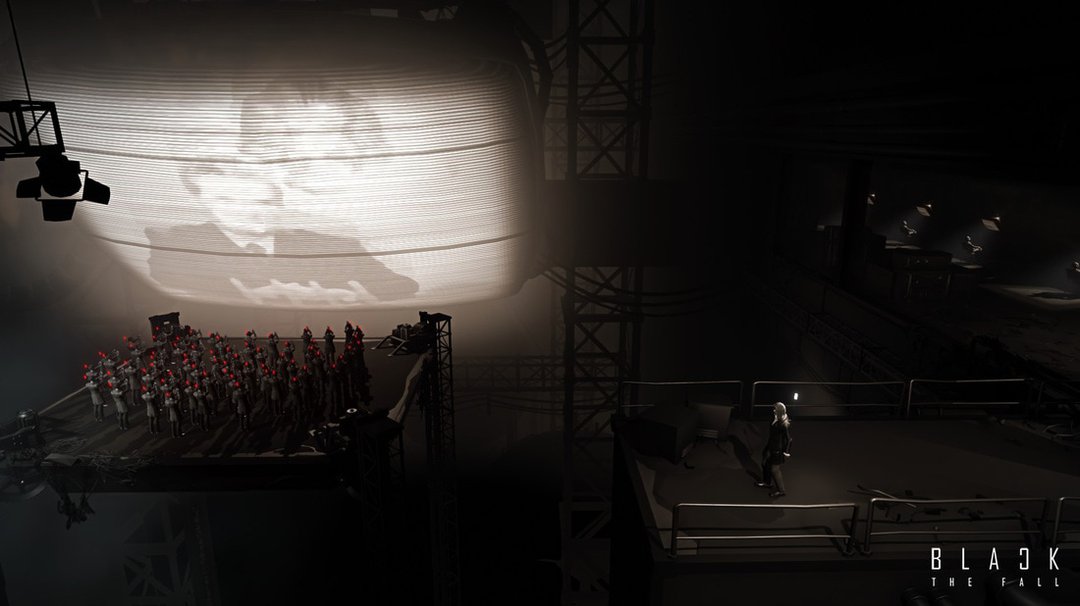 I was going to start this preview off by pointing out that Black the Fall has many stylistic and gameplay elements of other well received puzzle-platformers. Limbo, Inside, and even Abe’s Oddysee have done this style of game before. However, as I was reading through the press kit, I came across this quote from the Creative Director of Sand Sailor Studio:

"We chose a puzzle game approach, as this would better illustrate what it means to cope with a restrictive regime. We lived in times where there was no freedom of speech, intellectuals were thrown in prisons and tortured, food was subject to rationing, there was no access to contraception. Access to western culture was minimal. It sounds Orwellian, but unfortunately it happened in real life in most of communist countries. And the worst part is that it's still happening in some parts of the world. Also, as we explored this path we realized that the oppressive mechanics apply to the western world today, where a lot of people feel trapped in conforming with a system they don't believe in. With Black the Fall, we are offering an alternative course of action, where anyone has the chance to outsmart the system and escape it." 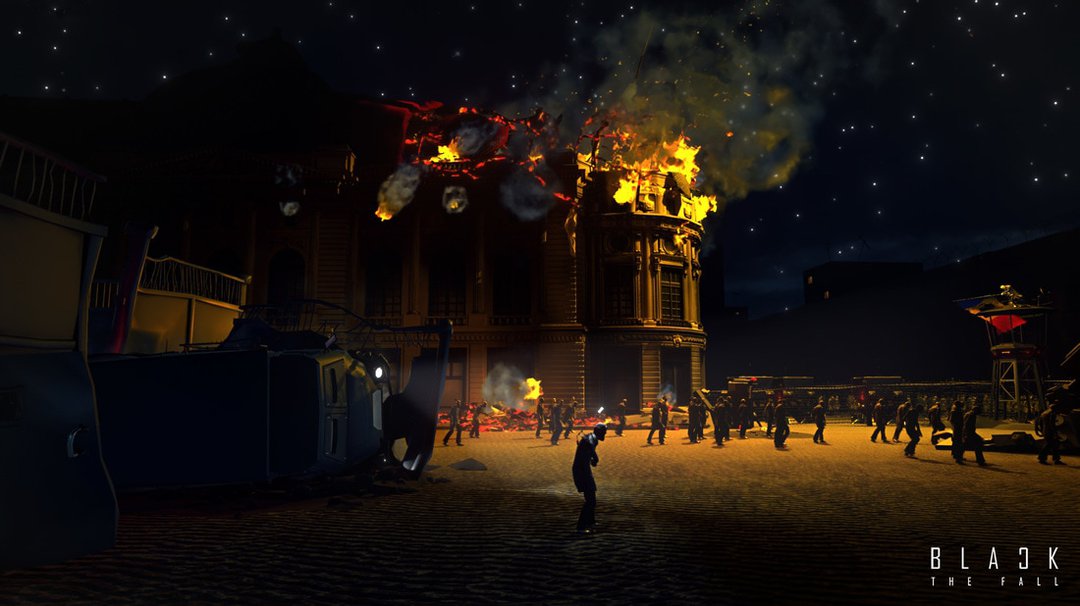 It isn't really distopia until we get all Fahrenheit 451 up in here.

I think we live in a pretty scary world. I’m writing this from the comfort of my house with a steady job and a supportive family. I’m basically speedrunning life on easy mode. However, the modern sociopolitical climate evokes some of the scarier dystopian narratives that we’ve been warned about, and games have always been an escape for me. They are a place where I felt like I have some control over the uncaring and arbitrary universe we live in. And then, sometimes, something like Black the Fall cracks that illusion and throws me into a cold place of introspection. Mewling like a newborn, I struggle to reach that place of imaged comfort and wrap myself in my safety blanket. Black the Fall comes from a place of conflicting hope, where the developers are offering a message of light written in a personal language of darkness and violence. Who better to tell a story about oppression, darkness, and unforgiving human cruelty than the victims of it?

I can tell you that the atmosphere of Black the Fall is on point. It’s oppressive, dark, and unforgiving. I was going to point out that there were moments when I played the demo where the controls felt just a bit loose, making some of the timing on the more demanding jumps pretty frustrating. Maybe that was an intentional design choice, evoking a necessity for precise and razor sharp responses that builds on the themes of constriction, both social and mechanical. 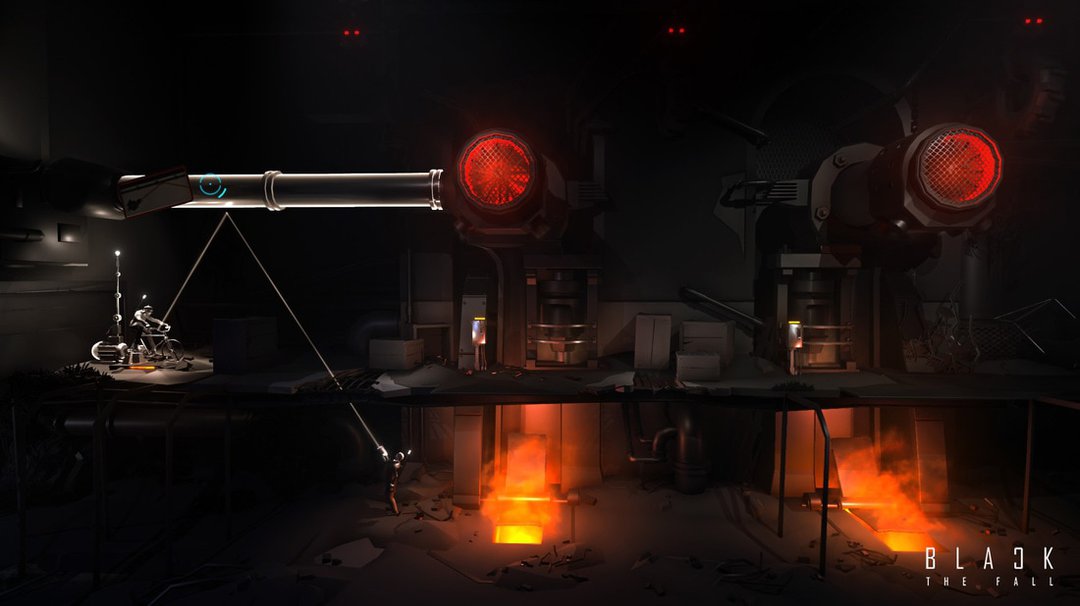 Colors are stark and simplistic but support the puzzle mechanics by offering cues to proceed. Several times I was rather confounded by what appeared to be a lack of forward path, but the solution was offscreen or obliquely referenced by the action I could see. There were moments of sublime puzzle design and impressive lateral thinking that felt very rewarding to unfold. The Demo showcased creative use of a laser pointer and reflective surfaces that I am intrigued to see more of. There were several clever uses of shadows to impose barriers to progress that I appreciated.

I think my biggest complaint is that the demo didn’t let me meet this lonely robot friend that the game’s press blurb mentions. I really like robots. Robots are just great! In a game where it's people I fear, that definitely says something. I’m going to be keeping an eye on this game's release. It’s not often that the message of a game strikes me as sincerely as Black the Fall’s did, and it would be a disservice to neglect a follow through. 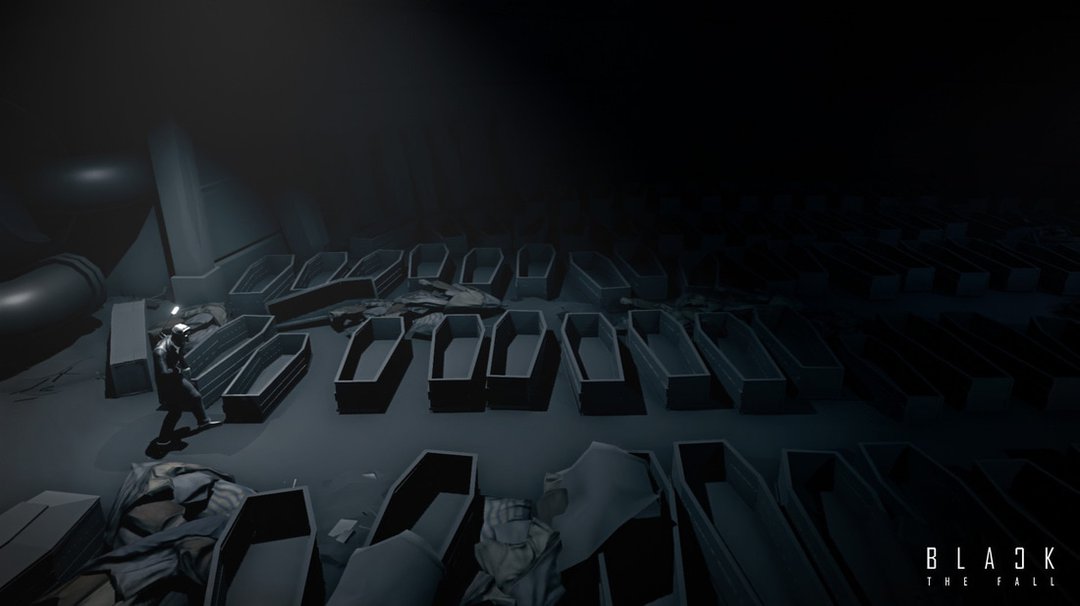