For Netrunners and Newbies Alike 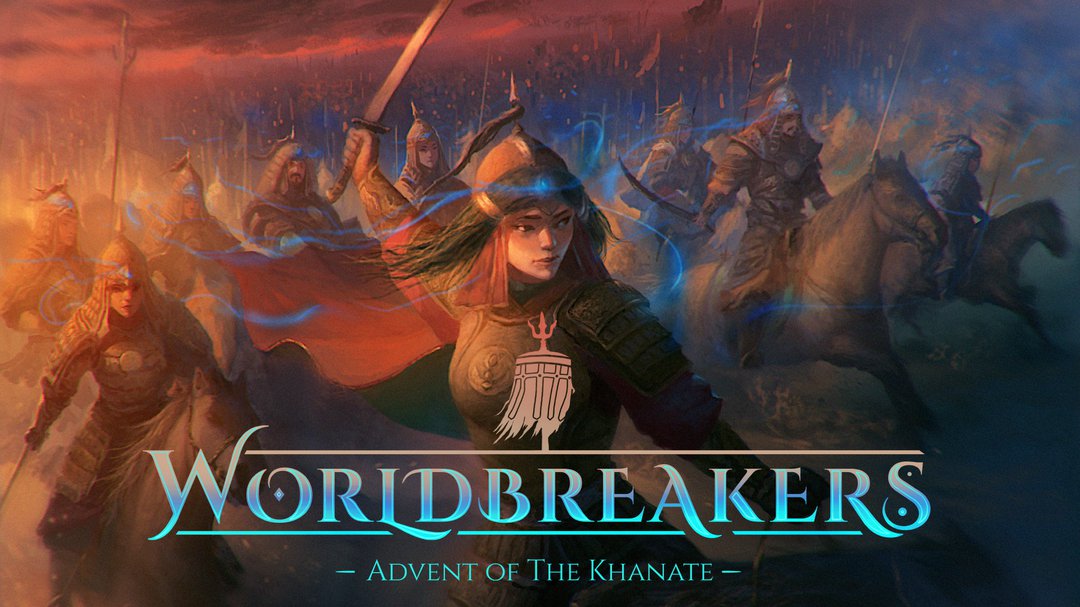 If you’ve been looking for a new two-player, head-to-head card game, Worldbreakers might just be the one you’ve been waiting for. It’s not often that we do Kickstarter previews here on Sprites and Dice, even less so as a final wave of projects go live and the hobby moves away collectively from the platform. So it’s a real pleasure to be able to bring this game before your eyes today!

Worldbreakers: Advent of the Khanate is a head-to-head card game, set in an alternate 13th century, played over roughly 30 minutes. Each player will control a leader (or group of leaders), their Worldbreaker, attempting to defeat their rival and spread their power over the land. It’s designed by Elli Amir, who some of you Netrunner faithful will remember as a cool member of the community. That influence shows in the game’s DNA, and it totally rocks! Is it for you, though? Let’s have a look. 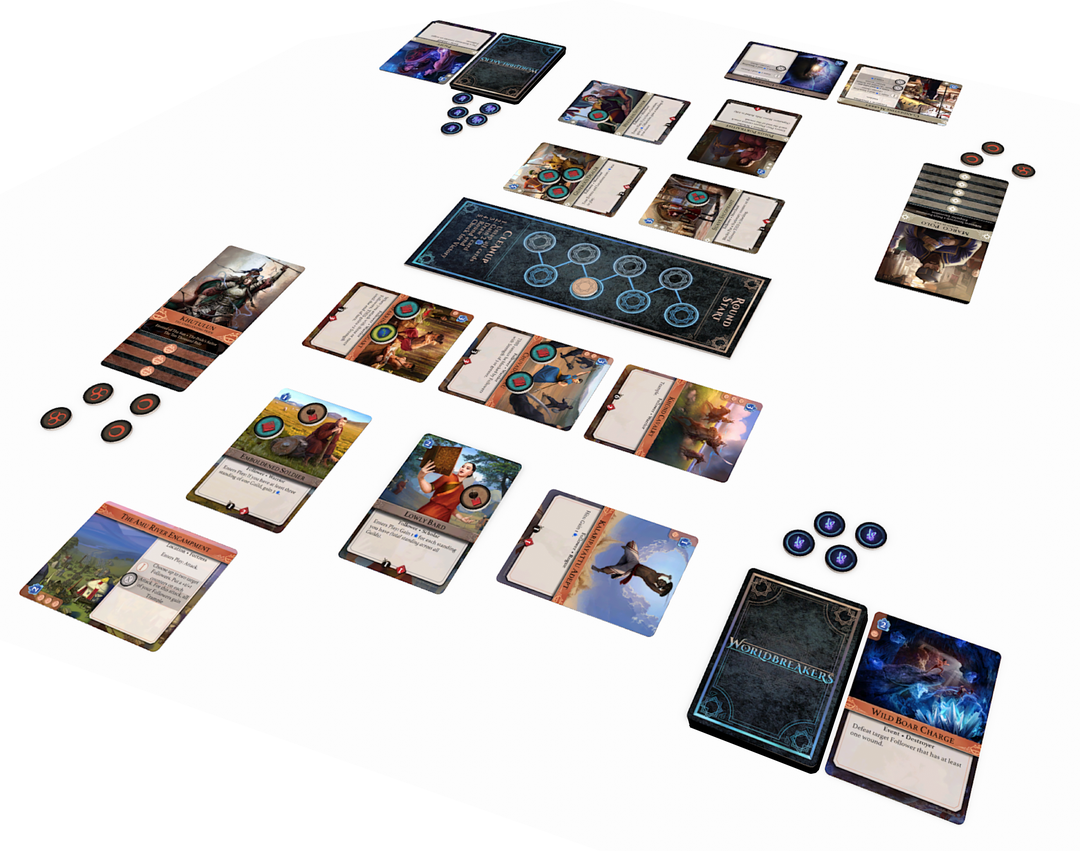 A sample setup of Worldbreakers. The turn tracker in the center of the table is double-sided, allowing an easy flip to track who's first player as the turn marker bounce back and forth each turn. Many tokens are double sided for convenience as well.

The Way Of The World

In this alternate history world, a new rare resource has surfaced: mythium. Powerful individuals have learned to harness it to increase their power, and now they seek to sweep out across the lands. These people are called Worldbreakers. A game sees two of these individuals, along with their armies, spy networks, and assassins clashing for supremacy. Both players play cards, taking turns bouncing back and forth with their actions, for four rounds and then a brief cleanup phase triggers. Play resets with the first player flipping sides for the new turn, and the process continues until one player has amassed ten power tokens.

During a round of Worldbreakers, players can play a single card, use the power of a location they’ve played, declare an attack against their opponent, or build up cards (card draw is life in games like this), guild influence (a requirement for playing some cards), and mythium (the game’s “money” that is spent to play cards). Fans of the game Android: Netrunner will immediately see the influence at work in this game’s design; for example, it’s generally better to draw cards if you need currency (mythium) than to spend an action to take a single one from the bank. The single mythium and card draw actions ensure that a player can never truly lock themselves out of the game by misplays, but proper management of mythium and card draw will always result in more efficient plays. 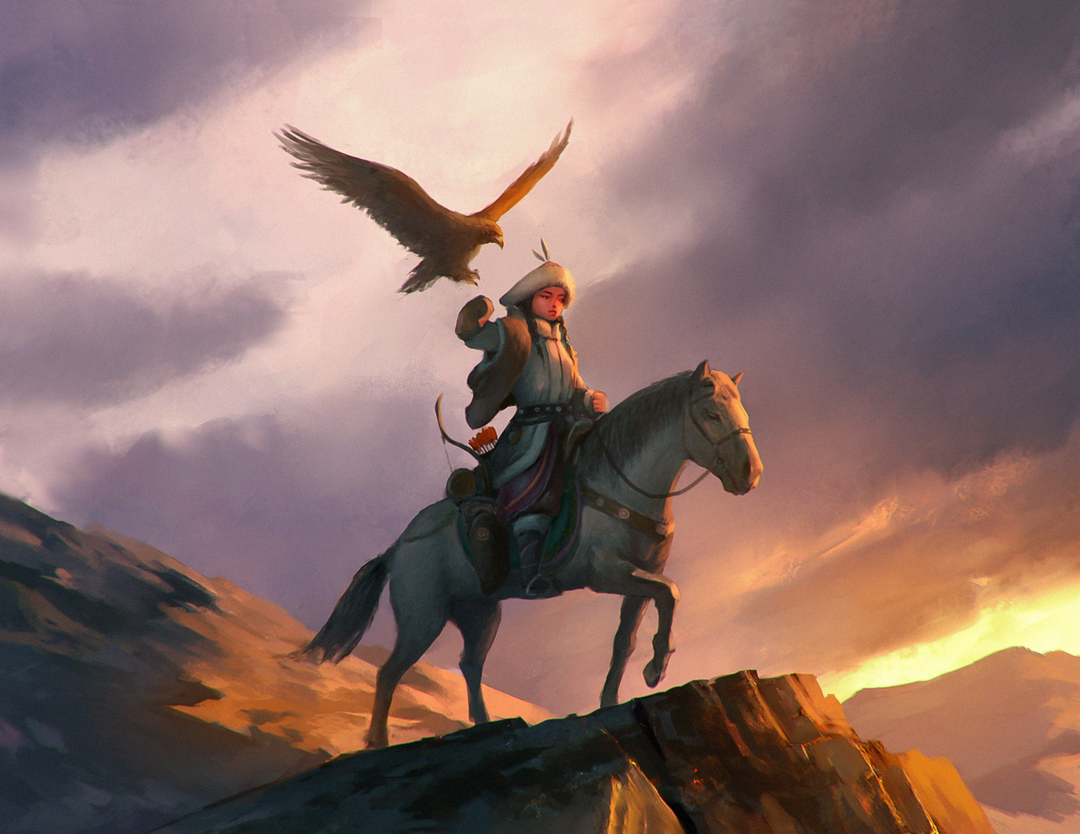 Artwork throughout the game is evocative and vivid, lending life to the setting.

But what if you’re coming to Worldbreakers having never played Netrunner? Or perhaps you’ve heard of Netrunner and been deterred by its steep learning curve? I’m pleased to be able to tell you that Worldbreakers stands on its own, and you don’t have to be a fan of the cyberpunk hacking game in order to be able to enjoy this alternate history conquest. While the game definitely shows its Netrunner influence, and some cards are straight up easter eggs about that fact, it is very much its own game. For one, the learning curve is much less steep. I read through the rules in ten minutes and then easily played my first two games. Sure I made a couple of misplays in my first game, but they were quickly caught and corrected. It’s no understatement to say that anyone can quickly pick up and enjoy this game, and that’s a huge plus in its favor. Once comfortable with the rules, players teaching other players will make this process even smoother.

A lot of thought and playtesting has clearly gone into the game’s design. From how you manage your mythium supply to the unique powers of each Worldbreaker, you’ll find plenty of depth in this set of cards. Each of the four factions included has a distinct playstyle, so you’re sure to find one that clicks with you. The Mongol princess Khutulun, for example, has lots of followers and can quickly overwhelm her opponents; sneaking attackers past the defending player’s followers is a quick way to earn power tokens and rip down opposing locations before they can be used. The utopic Muhandasat Council of Engineers, on the other hand, enjoys turtling behind tanky defenders and harvesting power off its locations. When these two clash, things can get pretty tense. There are also styles for dealing direct damage to followers or removing them from play outright. As a plus, if a new player has trouble learning their faction, they can lean on the thematic nature of their Worldbreaker; not understanding what to do as Khutulun? Gets followers and don’t stop attacking! Worry about the finer points in your next game. 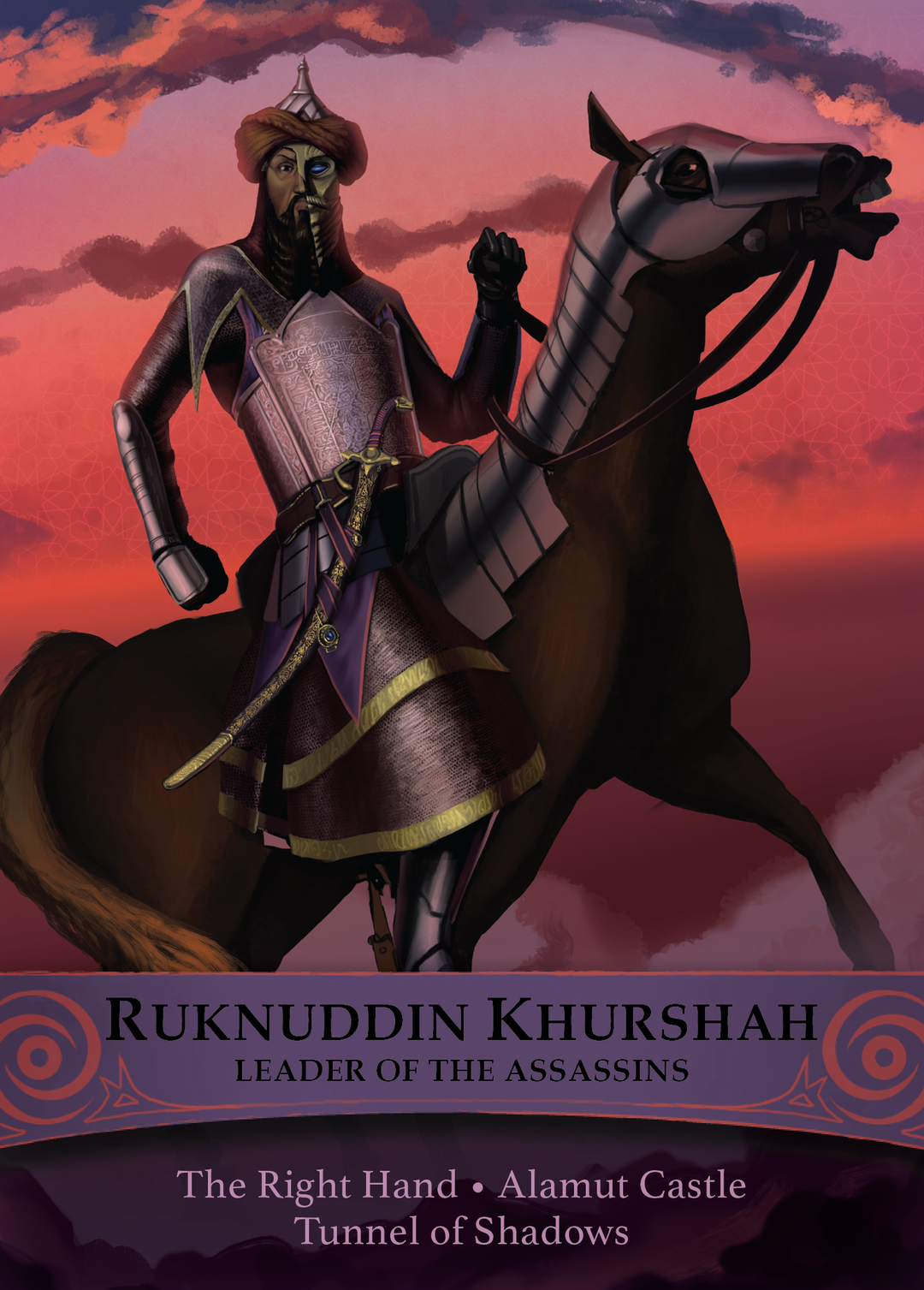 Can confirm, would not want to mess with this dude.

Worldbreakers is designed for play in many formats out of the box as well. It’s easy to start with default decks, a set of neutral cards mixed with the guild suit matching your Worldbreaker, and then graduate to “customized,” a format in which you put your own 30 card mix together. Different suits can be combined in any combination you care to experiment with. You can also play draft, and with this Kickstarter offering an extra set of cards at a reasonable price, you can bring in friends for a little tournament if you like. There is going to be a single-player variant campaign included too, though I will say that I see this more as a bonus. The game thrives in its two-player format and I think that this should be the standard for play if you're at all interested in it. For a game that lives as a single box, it’s nice to see so many ways to give it life. And with it being a single box, no boosters or random packs, the game remains perfect for quick matches anytime. 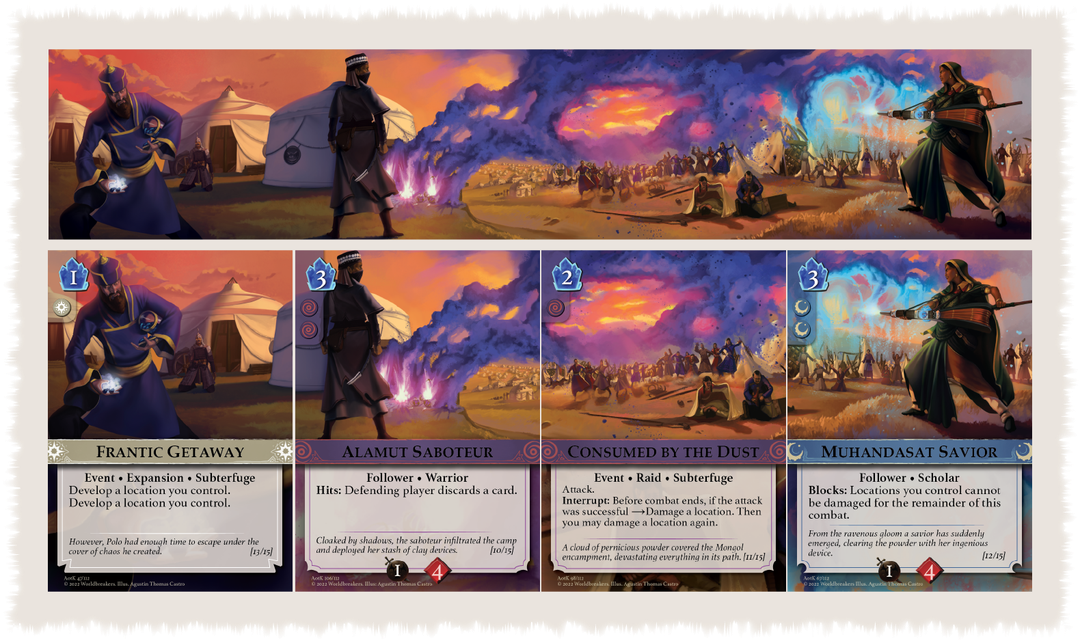 One example of how a single piece of art was divided between several cards. There are lots of examples of related story between cards in this set.

Solid From Start To Finish

Worldbreakers is a clean, modern game for modern times, and it’s truly refreshing to see. In a tabletop world where “trade in the Mediterranean” is practically a meme, an alternate history 13th century Mongolia is a fantastic setting I definitely didn’t know I wanted but cannot live without. The artwork depicts women in prominent and powerful roles, and there are also clear depictions of LGBTQ+ folks and people with disabilities. The artwork is top notch, bringing this setting to life, and if you pay attention you’ll even see small stories told across linked images through several cards. Clear attention has been paid to every little detail. If you look, you will be rewarded.

I have small concerns with this game, but frankly they’re nothing unique to Worldbreakers. As with any card game, it’s only a matter of time until you come across some rules questions, and it’s not like the rulebook is bad. It’s very well worded and a clear effort has been made to minimize these kinds of occurrences. Thankfully, there’s a community Discord you can check out, so you’re never far from those in the know. Overall, my experience with this game has been one of pure joy from start to finish. Even in the writing of this preview I’ve been seized by the desire to set my work aside and go play more games. If you think this at all sounds like something you might be interested in, you can check out the campaign here. It’s ongoing at the time of this article’s publishing. Want to try before you buy? Worldbreakers is also on Tabletopia and Tabletop Simulator.

There are no stretch goals with this campaign, a classy move. What you see is what you get, and at a very reasonable price! There are no expensive minis, and the components you do get are of a fantastic, double-sided quality. Theme and mechanics feel intertwined, and the buildup and lull around fights feel natural, like the way armies would actually clash. If you’re interested, consider supporting this project and checking it out. I think you’ll have a great time with this one.