What The Heck Is The SCA?

Eric's First Dive Into the Society for Creative Anachronism 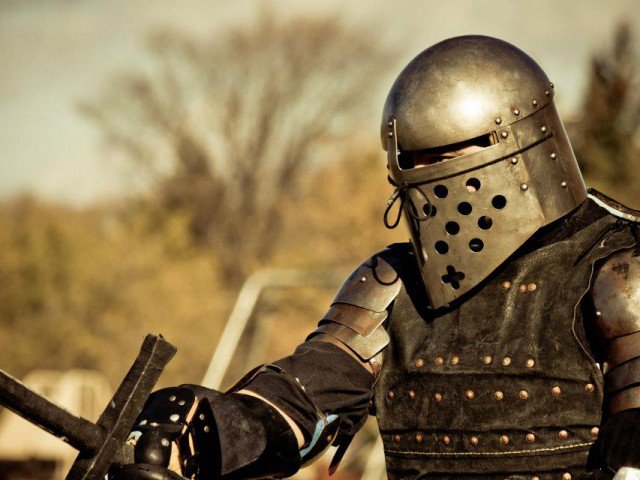 The SCA - that is, Society for Creative Anachronism - is a group of history buffs and medieval enthusiasts dedicated to learning about and recreating the Middle Ages. According to their website, the SCA has more than 30,000 members in countries all over the world. It's popular with many, but most people don't exactly know what being a member of the SCA entails. More often than not, people who like to dress up and take on a different persona in their spare time are mocked ruthlessly in media and conversation, rather than try to understand the appeal.

I recently attended a weekend event with a local group, a get-together to celebrate "the Inne at Coldwood" opening up for the summer months. While I've known about the SCA for a while, I honestly hadn't taken that last jump into the experience. I found that, while an SCA event is not a game , it’s definitely an experience worth writing about. 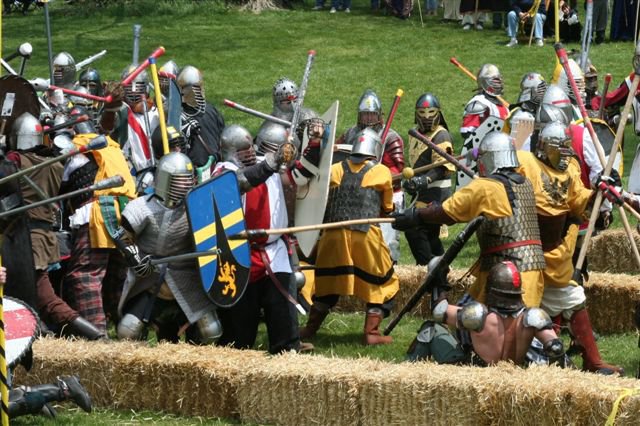 Most SCA events don't turn into large battle melees like this one... although, I'd be lying if that wasn't part of the appeal for many.

It’s hard to explain exactly what the "Opening of the Inne at Coldwood" was, but here goes: It was a camping trip. There was no electricity or running water (though there were, thankfully, a couple of porta-potties off to the side), and there was also no modern convience in sight. The SCA prides itself on being more historically accurate than Renaissance Faires or most Live Action Role Plays; it's dedicated to trying to capture a way of life that's gone by, whether for novelty's sake or to learn skills that you appreciate. It's a LARP with the emphasis on the world itself, rather than focusing on heroic characters or fantastical story arcs (though I’m sure some SCAdians, as they’re called, wouldn’t appreciate that particular comparison). For me, this particular event was a wild party with raucous singing, storytelling, a feast, a bonfire, and gallons of booze. There was fighting, fencing, and archery (before the booze, of course). A vendor brought an ancient Viking game called Kubb, which I played twice without scoring a single point. It was, in short, a hell of a weekend. 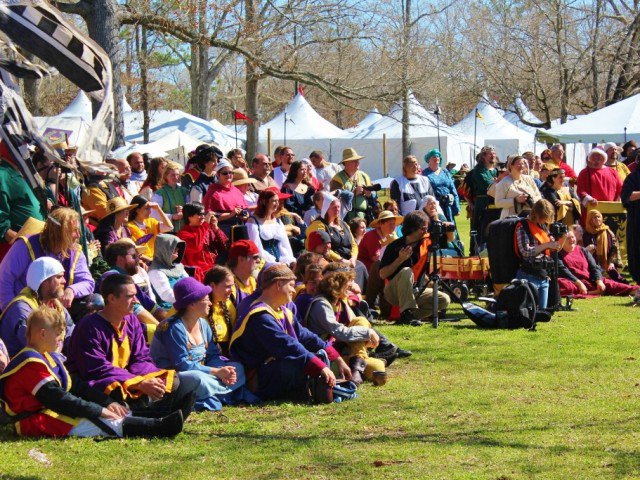 Events can be small or large, and geared towards fighting, learning skills, or just good food and drink.

I’d like to take a step back for a moment and explain a bit more about how the SCA works. As I mentioned, it is a group of medieval reenactors dedicated to recreating life in pre-17th century Europe. Everyone has an SCA persona that they take on while at events, and that persona’s name and background must have been reviewed and approved by a Society Herald before it can be used. All the food they serve is based on what would have been eaten back then - for example, you will never see potatoes served at a Society feast, because they’re a New World crop. Larger events might have classes where you can learn anything from dancing to weaving to heraldry.

It's a bizarre mix of learning and celebration; a big theme for first-time guests and members is how everything might feel so familiar, and yet so foreign at the same time.

They do make a few nods to modern advancements, of course. The privies were standard porta-potties with hand sanitizer. If you bring a modern-day tent, they won’t force you to replace it with a proper medieval hovel. You are allowed whatever food, drink, and conveniences you care to pack. From what I can tell, the SCA is one of those followings that grabs people and pulls them in: once you are hooked, no one has to tell you to 'get more medieval', because you are already trying to do that yourself. 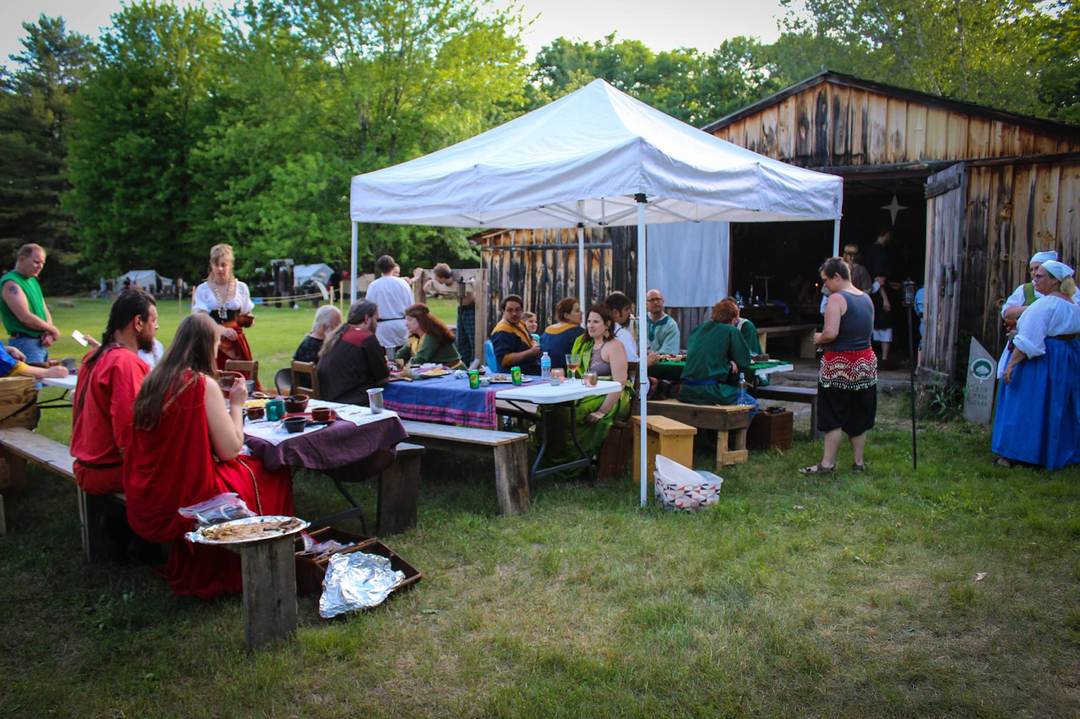 One side of the SCA is medieval combat; fighters will engage in mock battles while wearing real armor and carrying real shields, although the weapons are blunt and made of a heavy wood called rattan. I’ve tried this myself, and if you’ve fought in a LARP with boffer weapons, let me tell you that there is no comparison at all. Just putting on the armor was tiring, and swinging a rattan and shield around made my arms go dead within minutes. Unlike LARPing or fencing, light touches are no good. People are wearing armor, and they’re going to make you hit hard enough to get through it. Heavy List, as it’s called, is brutal, exhausting, and painful, and I so badly want to go back and do more of it.

I should mention here that the SCA’s safety rules are extensive, and very strictly enforced. I’m told that the injury rate among heavy fighters is negligible. Bumps and bruises are to be expected, but serious injuries are extremely rare. It's intimidating to get into, but if you like any sort of martial arts or contact sport, this might be up your alley. 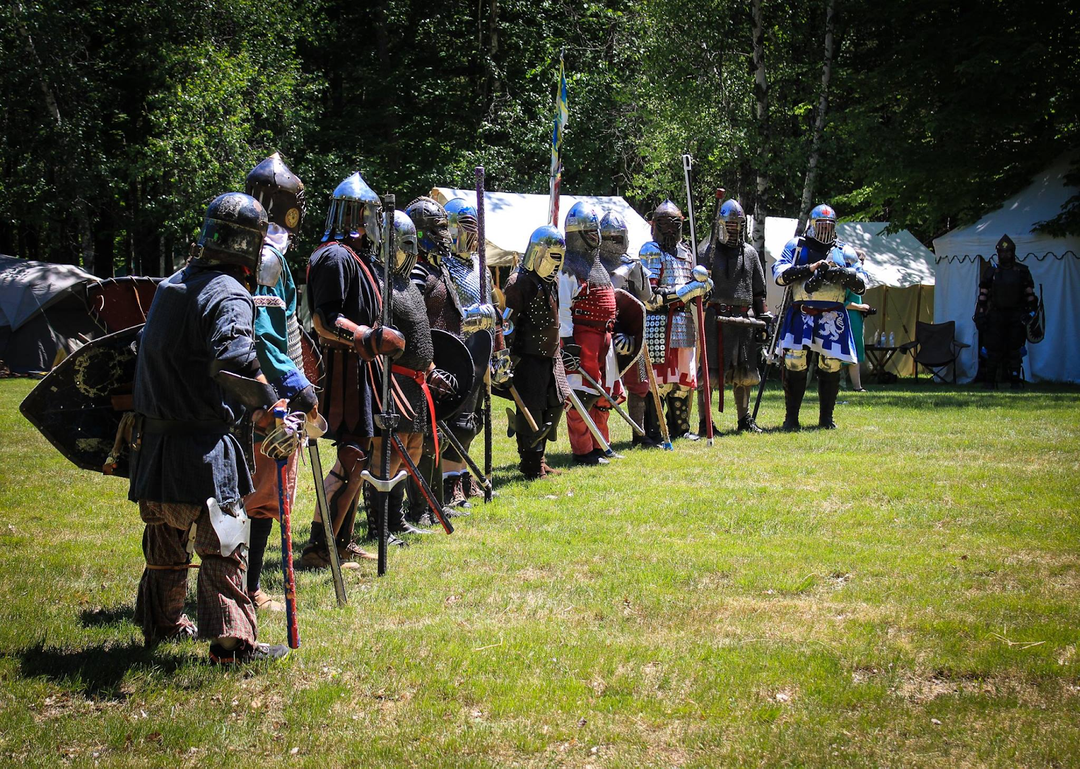 If that’s not your thing, there’s also fencing. While I was in college, I did practice Olympic-style fencing with a club, so I figured I’d have a leg up on this one. It turns out that I did, but not as much of one as I expected. The blades are much heavier than any modern fencing weapon, and it takes place in a full 360 degree arena rather than on a fencing strip. and you can use your other hand to either parry your opponent’s blade, or to hold any number of off-hand items like a dagger or a parrying device. It felt similiar, yet entirely different to modern-style duelling.

Adding to my problems was the fact that in college I was, as we are fondly called, a knuckle-dragging sabre thug. Sabre is an extremely aggressive style with quick, sharp attacks; these fencers were using rapiers, which focuses more on control and strategy than speed and power, so my fencing background wasn’t as much of an advantage as I’d hoped. Still, it was great fun and I hope to do it again soon. 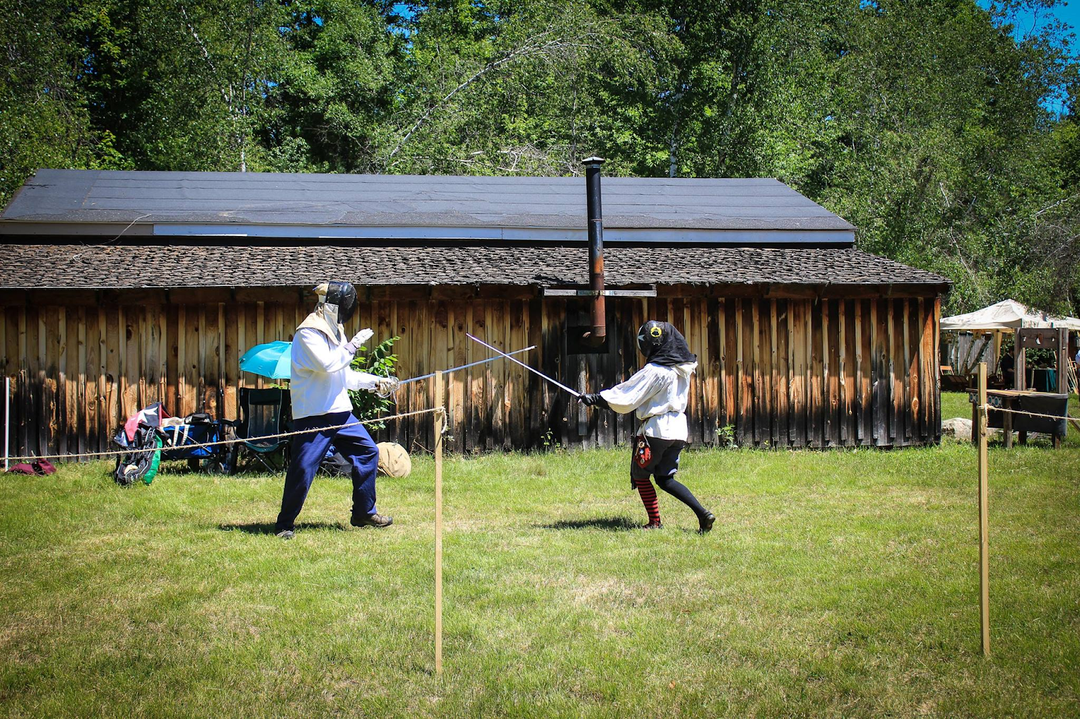 A fencer in training crosses blades with the local Marshal (a sort of combination of trainer and rule enforcer).

There’s a whole other side to the Society as well. Coldwood was too small of an event to really get a taste of it, but the SCA has a section devoted to what they call A&S - Arts & Sciences. For every SCAdian who dreams of being a knight in armor, there’s another who wants to weave tapestries, or cook, or sing songs and tell stories. One notable attraction at Coldwood was the home-brewed mead, which was actually very tasty (and very alcoholic). You won’t see everything at every event, but from what I’m told there’s something out there for everyone.

I could talk for hours about the SCA and every little thing that happened over the weekend, but the real beauty of the society is the people: everyone knows everyone, and they’re all happy to see each other. They’re more than happy to welcome newcomers, and to share whatever skills and knowledge they have. To be a part of something like this is to invest time, energy, and skill into relearning older ways of life, and I think that all SCA members appreciate that dedication in their peers.

The SCA might not be a game, but the SCAdians have the passion and attitude of the best kind of fans taking part in what they love.

If you’re interested in suiting up in armor, learning old-timey skills and stories, or just meeting the best kind of weirdos, I encourage you to see if you have a local SCA chapter; and, if you ever find yourself in the Shire of Nordenhal, look me up! I'm always looking for more sparring partners to practice with.