Undertale:
Of Fans and Feels

Why Does This Game Affect Its Fans So Strongly? 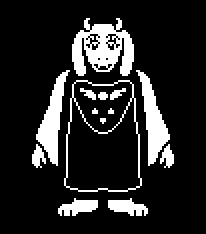 Undertale has been nothing short of a phenomenon in the indie gaming world. Despite its humble origins, it has risen to become a powerhouse in the community, thanks in large part to its powerfully personal approach and its immersive world. The reception it’s gotten, both critical and public, would make any developer proud. 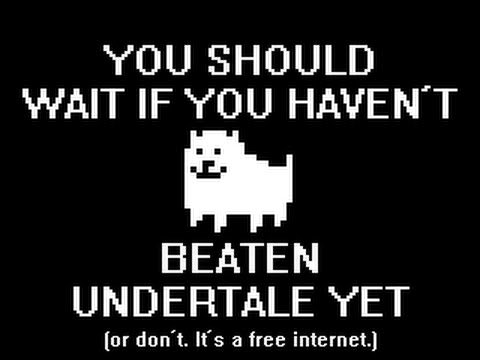 Still, even the best game is nothing without its fans. Undertale is already blessed with a large and prolific fandom that seems to keep growing by the day. Despite being just over four months old, Undertale already boasts comics, artwork, fan songs, crossovers… 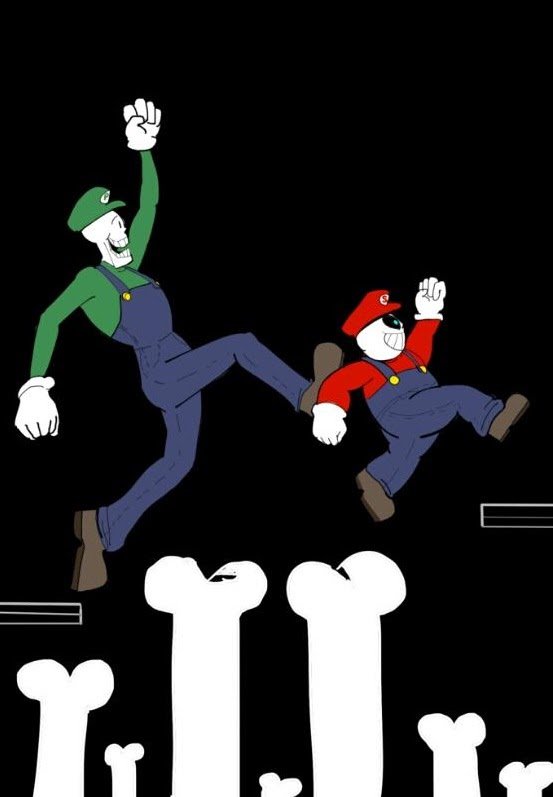 I'm not sure what's happening here, but I think I like it.

The point is, this little game has received an enormous outpouring of love; we should probably talk about why.

In my previous Undertale article I spoke about how this game interacts with the player, making them more than just an impersonal controlling force. If the goal was to get people personally invested in the world, it’s certainly done its job and then some. You don’t just play to win, you actively work toward the ending that you want; the world that you want to create (or destroy) for these characters. A game that captures people’s hearts and imaginations to such an extent is a rare and beautiful thing.

About two months ago, Reddit user SammyConnor posted about how the game had changed her life. The full post can be found here. A short summary of it is: through meeting and befriending these characters and making the best decisions she could, SammyConnor felt that Undertale helped her to break through some emotional and social issues she’d struggled with.

That alone would be an exceptional commentary on any game, but even more amazing was the huge amount of agreement and discussion that arose in the comments section. Many people seemed to feel that Undertale’s characters and world connected with them on an unusually deep level. 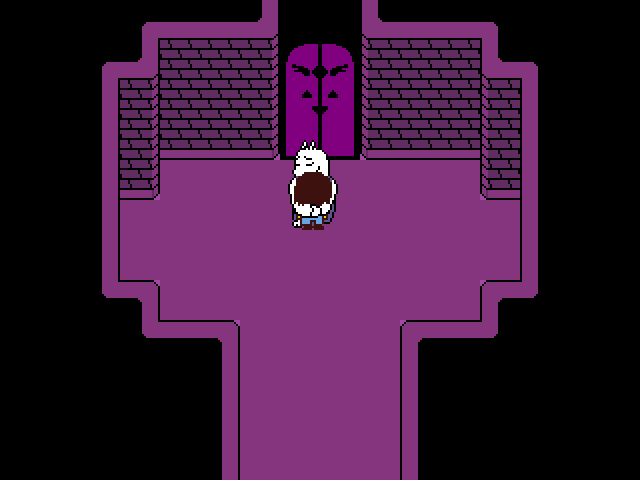 Stop. Stop doing these things to my heart!

The post piqued my interest even more than the constant deluge of fan content. It’s obvious that Undertale is important to a lot of people, and it seemed like I’d found one reason why. To explore this further, I contacted SammyConnor through Reddit and conducted a short interview. This is what she had to say:

Eric: To start with, please tell us a little about yourself (Age, occupation, what kind of games you like to play, etc.)

SammyConnor : I’m Sammy, aged 25 from England. I’m unemployed as I’m registered disabled, due to social anxiety and depression. I tend to play primarily MMORPGs, Management and Vehicular combat games. RPGs are also a significant part, but the others tend to be the primary choice.

Eric: You wrote a very popular post on Reddit about how Undertale changed your life, and got a lot of agreement and support from other fans on that site. In what ways do you feel that playing this game changed you?

Undertale, I feel, had several things in play at once that caused this. It was simultaneously an exercise in empathy, with the characters being introduced both as friends and enemies- but with circumstance and depth meaning that no single character could be immediately instantly declared as either. This would mean that you couldn’t easily tune out your feelings as you might with other games, like first person shooters and other games where you kill. It’s much easier to detach yourself when the enemies have no personality, something that is absolutely the opposite of Undertale. 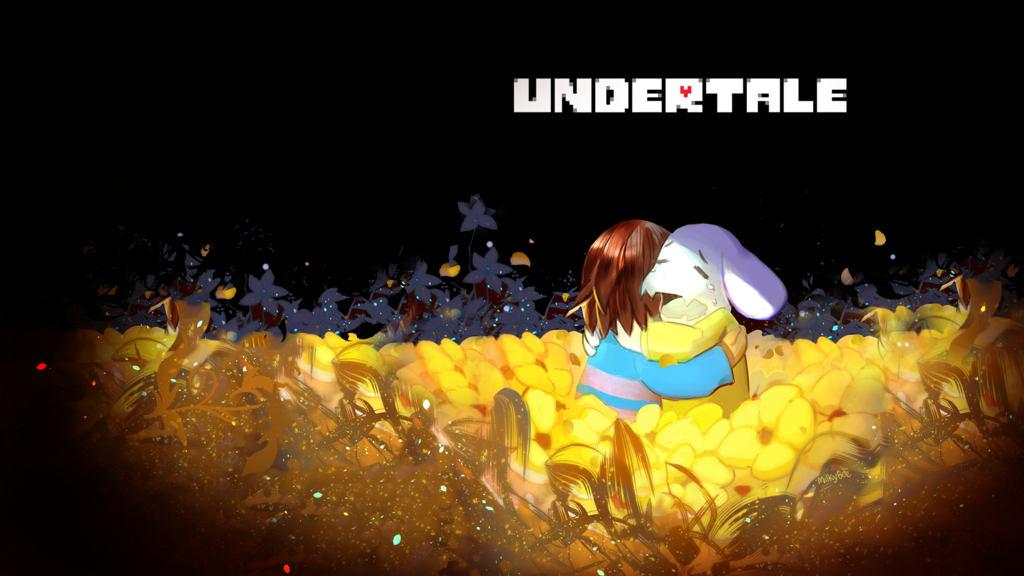 Also, I began to draw many parallels to varied characters with myself, seeing each as perhaps a different element of my own psyche. Alphys would be my anxiety, for example. This allowed me to identify with characters better, which simultaneously meant I was identifying with that portion of myself. Through both of those major things, I was able to understand that I was suppressing a great deal of myself out of fear, which I never really needed to do. My anxiety levels dropped instantly. I also realised that I’m never alone, and that there are people who care deeply about me.

Eric: As a follow-up to the previous question, you wrote that Reddit post about two months ago. Do you still feel the same way about Undertale?

SammyConnor: I’ll say that the initial blast of sheer emotion has subsided, but by far, Undertale has changed my life. Since writing that post, I have been leaving my house pretty much daily for short walks after dark, in order to exercise. Prior to playing Undertale, I practically never left the house in the previous seven years, for ANY reason! I still have refreshed hopes and dreams, I have more energy, and I’m more eager to self improve. For sure, Undertale changed my life.

Eric: Many people, myself included, love the characters who live in the Underground. Who was your favorite? Who resonated with you the most? Why?

SammyConnor: For the reasons I listed previously, I think they all resonated very strongly with me for different reasons, as they somehow felt like personifications of feelings and personality traits. Alphys alone had trouble using the phone to contact the player character, which is something I’ve actually had trouble with, just as an example. There were a great many times the game made me laugh, and it was like I was enjoying a great time alongside them, even with the threat of Asgore and Flowey looming overhead. Retrospectively, Asgore reminded me a lot of myself- someone who, through fear, bottlenecked themselves into a terrible situation that they didn’t deserve, slave to their emotions. As for favorites, I honestly can’t say. Maybe Asriel, because he’s someone who still needs my help.

Eric: I know you said that you would never reset your save and take away your new friends’ happy ending. Is that still the case? Are you ever tempted to go back and relive the experience?

SammyConnor: I actually did go back and relive the experience, but I didn’t approach it as such. I had some theories to try with regards to Asriel at the end of the game, that I couldn’t try without doing so. However, I explicitly went forward with a plan in mind; That I would play true pacifist a second time. I would have briefly removed my friends’ happiness, but I would return it entirely, and I have done. I am at the end of a second ‘True Pacifist’ run. I had somewhat of an ethical dilemma, deciding if it was right to reset my friends world- but decided that if there was even a tiny chance to help Asriel, that it would be worth it, for everyone. I didn’t feel that I had to, but I eventually chose to. Sadly, It didn’t work. At least my friends are just as happy as ever!

Eric: You are far from the only person to say that hurting these characters is all but unthinkable. In your opinion, what is it that creates such a strong connection between the world of Undertale and certain players?

SammyConnor: My unwillingness to hurt videogame characters isn’t unique to Undertale, as I feel it with most games and inanimate objects, but It’s certainly far easier to do with Undertale, as every single NPC character has a personality and life.

Eric: Would you like to see a sequel to Undertale? Why or why not?

SammyConnor: I’m very torn on this subject. On one hand, I think that there’s an important aspect to the ending of Undertale, that not everything can be fixed, that some good things must end, and that you can’t help everyone, even though you should always try to. On the other hand I wish, very deeply, to free Asriel Dreemurr from a hollow eternity. He deserves better. Were the situation real, I’d give my own soul to free him. Better I end a short human life than let a child suffer for eternity.

Eric: Do you have anything else you’d like to add, or anything you want to tell our readers?

SammyConnor: If you haven’t tried Undertale, please do, and if you do, please listen to your feelings. Don’t suppress them. Let yourself be yourself, you owe yourself that much.

SammyConnor’s experience is powerful, and yet not as uncommon as one might think. There are countless posts on Reddit and elsewhere about the deeply emotional response that Undertale provokes in its players. If anything summarizes the sense of strong emotional responses, it is perhaps that you can’t go anywhere on the internet without seeing someone filled with DETERMINATION these days. That reference is a quick, easy reminder to anyone that’s played the game to believe a bit in your self-worth, and it’s easy to stick pretty much anywhere. 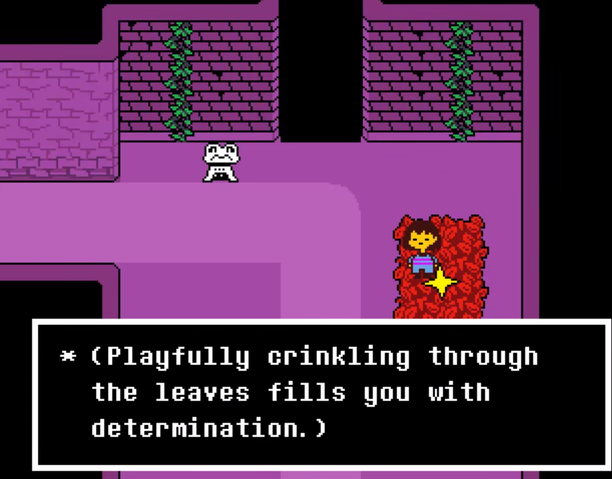 ...Or sometimes, it can just be a reminder to enjoy life.

This sense of self-worth, combined with the strong characters and storytelling that I talked about in my previous article, has given rise to a large and prolific fandom. People want to show their love, to further explore the game and its themes, and to keep the story going. Some people, like SammyConnor above, truly think that playing this game has changed their life for the better; I don’t think any artist could ask for a better response.

Has Undertale, or any other game, left a strong emotional imprint on you? Let us know here in the comments! Like Undertale, Sprites and Dice is nothing without its fans. Please, like us on Facebook, follow us on Twitter, and don’t be afraid to start some conversations. It’s what Frisk would do!