The State of Nintendo 2015:
Hardware rules all 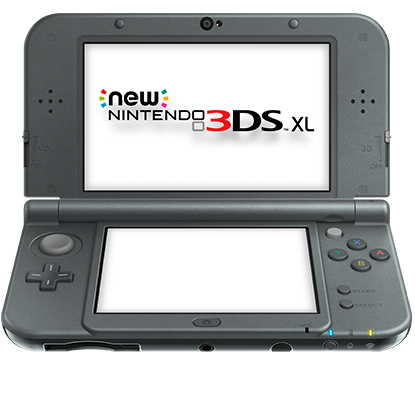 Welcome to part II of my month long discussion of the state of Nintendo in 2015. Today's focus is going to be on the various hardware platforms Nintendo is either linked to, or in one case specifically ignoring. We're going to be focusing on 4 different hardware pieces, what's working and not, and what the potential outlook is for each. For part one of my piece, analyzing some of the upcoming software for 2015, check it out right here!

Before I launch too heavily into it, a few notes about this part of my coverage: unlike the software post I put up, this will deal a lot more with speculation. We're going to be discussing a platform that hasn't been fully announced, as well as one Nintendo has specifically avoided to a major degree thus far. I'm not going to pretend to have all the information, or even any major insights that no one else does. What follows will be my two cents, and nothing else. While I am most certainly a fanboy, I certainly don't agree with everything this company does. I try very hard to not live in an echo chamber, so this piece will represent my best efforts to fairly praise and criticize in a reasonable time frame. With that said, here we go!

As I mentioned above, there are 4 platforms that need to be discussed. The Wii U, the 3DS, Nintendo's new "health focused" platform, and 3rd party hardware. For the two that have been released, we'll talk sales, what's working and what isn't. For the others, we'll talk about pros and cons, along with general other thoughts. 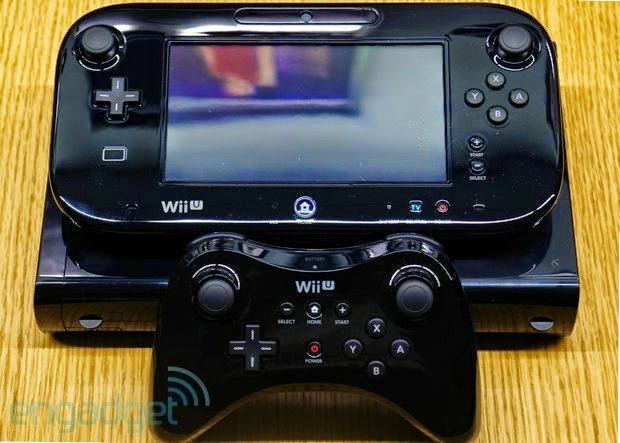 To say that the Wii U hasn't sold up to Nintendo's expectations would be a massive understatement. About a year ago, Nintendo was forced to cut it's sales projections for the Wii U from 9 million to 2.8 million units for that fiscal year. That is a huge drop, one that shows either a serious miscalculation or a massive case of hubris. The reality is that a year ago, Nintendo didn't seem to have a bright future for the home system, and today is a bit of a different story. As I mentioned last week, the software prospects look pretty promising on a lot of fronts. The system has received big boosts from heavy hitters like Mario Kart 8 and Super Smash Bros, although there's no question that not having a bundle of the game and system for the latter cost potential sales. People always ask if Nintendo can compete with the Xbox One and the Playstation 4, and while I'm sure they would love to be able to, the truth is that it'd be very unlikely that the final sales numbers will be close between all three companies. Despite a year head start, Nintendo has been passed by both of their competitors in terms of hardware units sold, but I think it's a mistake to compare these as "apples to apples". We don't need to worry about whether or not Nintendo will be able to outsell the other systems, but whether or not Nintendo will sell enough systems to make a new home console after the Wii U. Their revenue is solid enough from other sources that I think they will be able to if they choose to.

Outlook: For the first time in it's life, I'd have to say positive. Not overwhelmingly, but if Nintendo had REALISTIC sales goals for 2015, I'd bet that they beat them. There are a ton of good games coming out, and Nintendo has been stepping up the support for older games, with Wii titles now coming to the virtual console, and starting at only $10 for some top tier games! The only question for me is about the Wii U after 2015, but I'll get to that in Part 4. 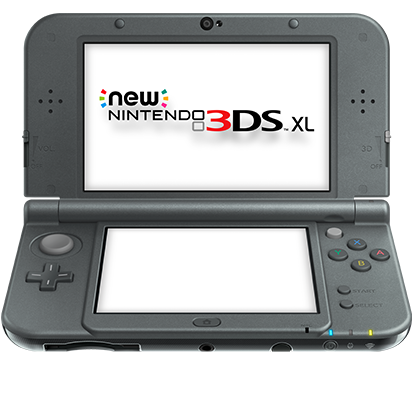 I have to start off by saying one thing; I absolutely hate the naming scheme of "New Nintendo 3DS XL";"I wanna fire the guy who came up with the name into the Sun" kind of hatred. But, luckily for Nintendo, it's incompetence at naming the system will probably not prevent them from selling another 10 million units or more this year. The 3DS has the advantage of being the place where developers can both reliably port older games and be the landing spot for all their wacky experimental titles; the original DS was the same way. And the reality is that Nintendo has always dominated the portable market, and there seems to be no signs of that stopping. True story from a year ago; at PAX East 2014, I saw more people per day wearing Google Glass (2 per day, a total of 6) than I did using any Sony handhelds, whether the PSP or PS Vita (one for the whole convention). Let's not forget that Google Glass cost $1,500 for a pair! The fact is, even if I sometimes wish the hardware was a little different (I hate using the slide pad for Smash, it feels very imprecise) there is no one to challenge Nintendo in the dedicated games space. Of course, they are getting squeezed in the bottom part of the market by tablets and smartphones, but that's for a later paragraph.

One other quick note while we're on the 3DS; I'll get more into some of these issues next week, but Nintendo does not make it easy to buy a new version of an existing system. Case in point; the New 3DS XL does not come with a charger, and swapping memory cards requires a screwdriver. Thanks for that guys, really awesome. This could have been done better.

Outlook: Postive, but not by much. Sure, they'll get their ten million units, but it is hard to see where they go from here. Smartphone gaming isn't going away, but neither is Nintendo. At the same time, if this is their current reliable money maker and they don't know what to do next, that's a problem. It'll be interesting to see how sales of the New Nintendo 3DS XL do in the US, especially given that Nintendo of America won't be selling the smaller sized units.

Yeesh. Remember what I said about hating the name of the 'New Nintendo 3DS XL'? This might be worse. Can we all just agree that Nintendo sometimes sucks at naming things?

So, what IS the "Nintendo Quality of Life" platform? That's a pretty good question, and we don't really have a lot to go on. Back in March of last year at an earnings event, Nintendo president Satoru Iwata announced the creation of a new business area separate from the core focus that would be working on presenting products to improve the quality of life of its users. Beyond that and a nebulous "2015-2016" timeframe, we weren't given any data except the expectation that this would be a ten year plan for the Big N. Fast forward to October, and we learned about a cloud connected standalone device that would be placed next to your bed and could monitor your sleep. Basically, it means that Nintendo can monitor how well (or how poorly) you sleep, and cross reference that data against other users also with the same device. How this will help you, or how they will USE this data to help, is unclear. As are any other potential pieces of this puzzle on the hardware or software side. Considering the announced 2015-2016 timeline, I'd expect (hope?) we'll see some updates on this at or around E3. 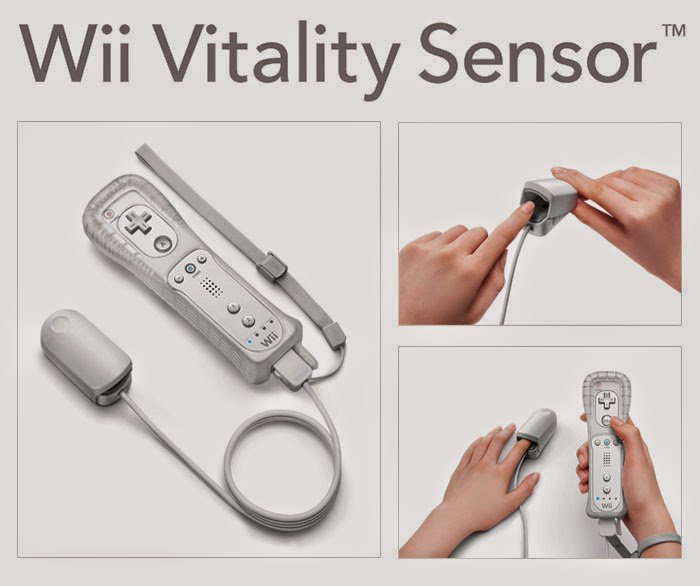 Outlook: Umm....what? Seriously, this just seems like such an odd move to me. Yes, Nintendo did obviously get some people to scratch their heads with the release of the surprisingly successful Wii Fit and it's related sequels, but it's kind of a jump from that to this, isn't it? I haven't heard of Nintendo hiring an army of health and fitness related experts, so what is the real expectations of this? Perhaps Nintendo is banking on the fact that they are a household name to convey quality hardware and thus they think people will buy these products? There are some significant questions that need to be raised. Let's take the sleep tracker, for example. Will it include any references to Nintendo characters? I'm willing to bet large segments of the market won't buy it if it has a connection to Mario at all, while plenty of people will ONLY buy it as a curiosity or a collectible. Until we know more about this, there's really no way to predict what the expectations are. I'm...curious, but I definitely can't say I'm optimistic. Then again, Nintendo has shown us before that doing their own thing tends to work out, so why bet against them?

You knew this was coming; the prospect of Nintendo games on smartphones!

In all honesty, this is something Nintendo has had good reason to resist. There are a number of reasons why: they like to control the hardware their own software goes on, they don't want to be responsible for helping to fund profits to other people, and most importantly, as I mentioned above, they pretty much own the dedicated handheld hardware market. If they concede on this point and started making phone games, what real argument could be made for them continuing to make their own hardware? There's also the issue of controls; I think we can all safely agree at this point that all touchscreen controls for a game that was designed with distinct physical buttons in mind is, at best, a poor substitute for the real thing. I'm firmly in the camp that detests using a smooth touch screen for a d-pad. There's just no responsiveness, and no feedback on it.

Outlook: Negative is being polite. Honestly, yes they could make a boatload of money if they let this happen. Hell, I even had a plan that I thought about pitching to Nintendo at one point; they could pick a date, and agree that anything newer won't get ported, but anything older is fair game. But like I mentioned, the handheld space is where Nintendo is making a good chunk of their money right now. Giving this up, especially while also sacrificing controls, just in the name of short term profits is a very bad idea. I can't say this will never happen, but I can't see a situation where under Nintendo's current leadership this is anything other than a fanboy dream. Then again, if things keep going the way they are, there very well could be significant changes to Nintendo's leadership teams.

Come back next week as I delve into Part 3, which is a look at what I'll broadly refer to as Nintendo's internet and services areas. 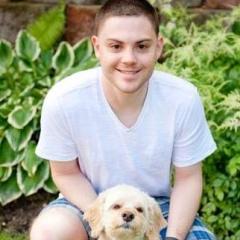