Salt Mining In Heroes of the Storm

A Jump Into Bad Manners 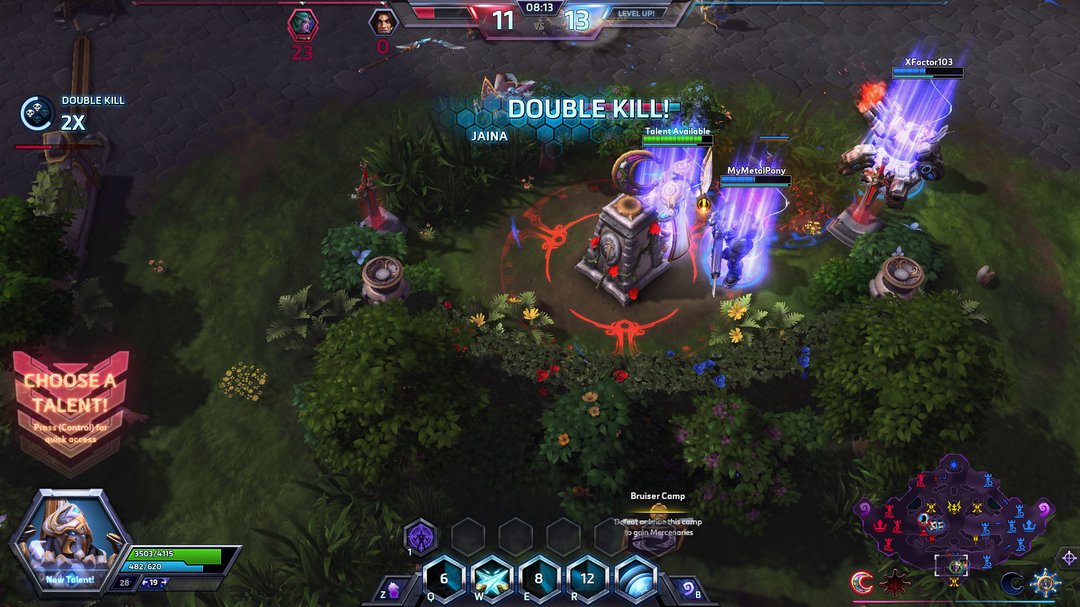 Here is a picture of the biggest salt mine I know about. 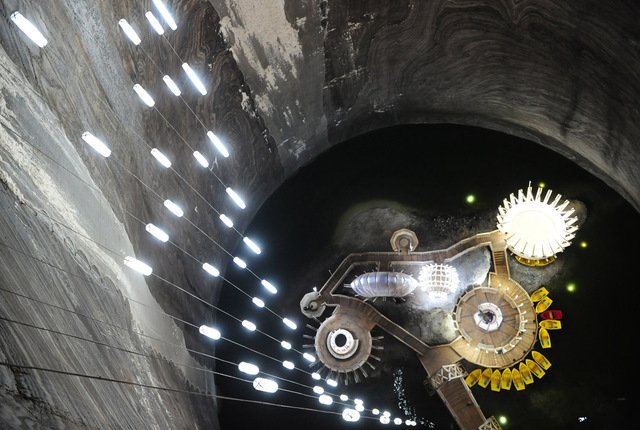 It gets you real salty right quick. Have you ever played Halo or Call of Duty? Chances are pretty good that you have. Ever been teabagged after you got killed? How infuriating is that? I admit that I have near-lethal levels of sodium chloride.

Ever teabag someone else when you outplay them? That’s pretty great though. Asserting dominance over them as they fume helplessly at their kill cam is a great way to make someone get angry and overaggressive. If you can keep your cool you can continue to outplay them and keep killing them as they tunnel-vision in on getting revenge. It’s a practiced psychological phenomenon. Taunting in Street Fighter, sitting down in World of Warcraft arenas, talking shit in person or in chat, all of those behaviors are the sort of Bad Manners (BM) that gamers engage in during competitive matches.

Back in college I played a shit load of Super Smash Brothers Brawl. I had a group of friends who were pretty fanatical about it. We’d have 6 or 8 people around, but only 4 could play at once. It was a spectator sport. I was not the best player in the group, but I could usually hold my own. The new thing that this couch competitive environment exposed me to was the exciting and dynamic world of talking shit. It’s easy to gloat when you kill someone, but it was something much more fulfilling to trash talk during the fight. Making up weird narratives, roleplaying as the characters, spouting catchphrases, all of that was part of the game, and it was more fun than the actual fight. For example, Charizard in Brawl was Kony, the King of New York because he pushed crack rock that killed you. Luigi was Weegee the rapper, and quoting Lil Wayne verses as you karate chopped people to death was always good for a crowd laugh. Captain Falcon was a superhero, vanquishing evil and protecting the weak.

It was all very silly.

Generally, the banter and bad manners in that environment was belted out among friends in that cruel-but-caring camaraderie found among close groups. No one really wanted to hurt anyone else’s feelings, but roasting your friend for the benefit of the onlookers was great. If you had the perfect caustic observation or acidic quip at the right moment, it didn’t even matter if you lost the match. We used to say “The Crowd Laugh is as good as a win.” All the grandstanding and performance was as much a part of the game as the Wii and the disk. 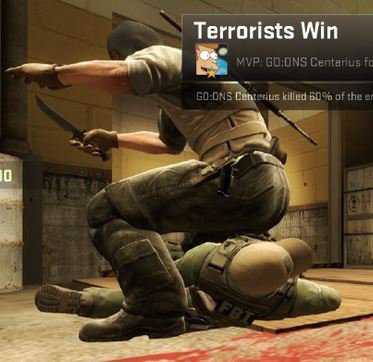 This being done to you in split-screen games feels totally different than it being done from across the internet.

The reason that all the vitriol and sass that we spewed was accepted and encouraged was because we were all face to face. It was obvious that the ribbing was light-hearted, meant for fun at your expense, but only a little bit of that expense. When that same behavior is brought into the online world it becomes much more aggressive. The faces are removed, social context is absent, and all you’re left with are hurtful or disrespectful acts done by someone else most certainly at your expense.

I was playing Heroes of the Storm a while ago. I was fighting against another player, and I overestimated how much damage I could do to him. When I went in for a kill it turned out that he was one attack too healthy to kill, and I ended up dying instead. That death was my fault, and I said that I would be more careful when I faced him again. However, he did the Heroes of the Storm equivalent of teabagging my corpse. He B-stepped me. Egregiously. He made sure I knew that he knew I fucked up. In a game where it isn’t possible for the two teams to communicate, people have still found a way to talk shit. Pressing B starts an 8 second long animation that returns you to your team’s base. Moving your character cancels the animation. If you start and stop it over and over it is a very flashy and noticeable effect.

He got my proverbial goat. My friends heard me on mic yelling “HELL no am I letting that piece of shit BM me! He got lucky!” When I got back to lane I fought him and won. I did something I never ever do: I B-stepped him back. Egregiously. I nearly died due to the enemy minions attacking me for it.

That exchange started a cat and mouse game for the rest of the match. Every time I could I went after him and killed him and B-stepped him, like I had something to prove to this anonymous stranger I’d never meet. If he managed to escape, he B-stepped from safety to show me that he knew that I knew that I couldn’t catch him. This lasted for the entire twenty-five minute match.

Sadly, my friends, our brave hero did not prevail against the villainous troll that day. I ended up losing the match in a close game. The other player got MVP, even. I was mad. I was salty. My proverbial butt hurt. I closed out of the match and got into queue with my friends and started talking about how I got BM’d. I considered blocking the other player. As I was looking at his profile, I got a PM from him. This is how the conversation went:

Him: Did you vote for me? Him: You should have.

My immediate thought was to block him. I don’t need some asshole chasing me down after embarrassing me and talking shit when I’m trying to have fun with a game. Something stopped me though. Maybe I decided to take the high road.

Me: As a matter of fact, I didn’t. Him: I curse you! Me: I don’t see that my vote matters. You won, and you got MVP. What else can I say? Him: We were playing the most dangerous game. Him: But it was nice to play against a good Alarak. Him: Most of them are shit. Me: Well, thank you. I only picked him up yesterday. Him: Wow, really? Nice. Him: Anyway, good game. Best of luck in your future games! Me: Thanks, you too.

That exchange was one hundred percent unexpected. I was so ready to be offended and insulted that his genuine compliment took me by surprised. Further, I realized after what he meant by “the most dangerous game.” When he BM’d me, then I BM’d him back, he wasn’t looking for a fight. He was looking for the game that goes beyond the game. He wasn’t BMing me, he was bantering. Like my friends in the Smash Bros dojo this player just wanted some light hearted shit talking to bring the focus of the match down to two players’ individual skill. 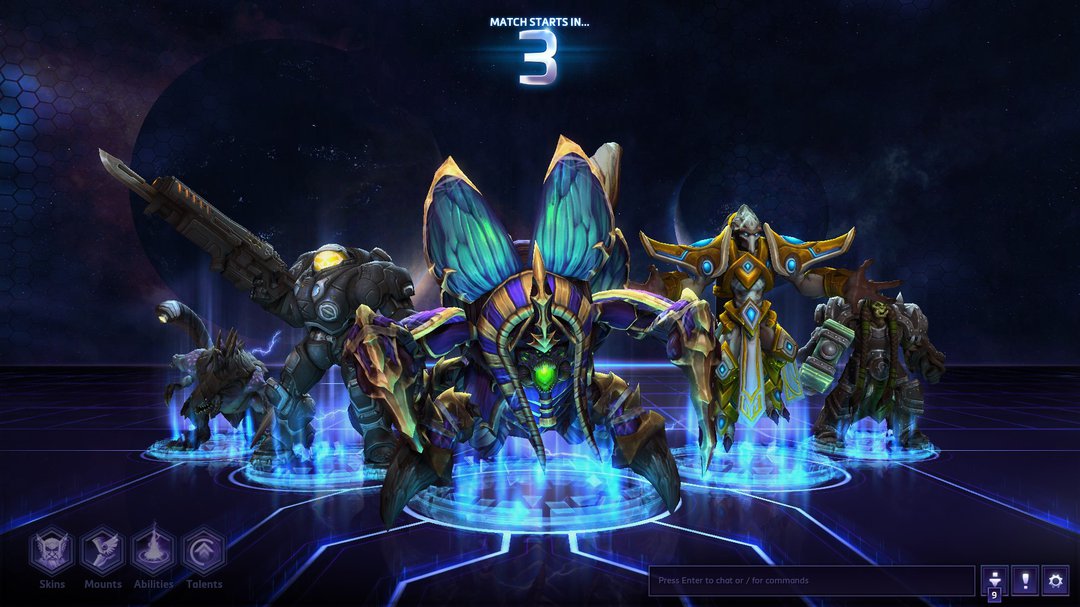 Friends yell at friends to stay in lane.

I don’t have some kind of grand observation about bad manners in games. If someone is trashing you, flaming you, trolling you, well, they are probably doing it to hurt your feelings. Online games can be toxic, and no one cares about the feelings of the person on the other side of the screen when they are.

Unless, I guess, they do. Unless it really is all for fun. Fun isn’t a zero sum game. Sometimes. Except when it is.

The real world is a very cold, uncaring place. Our games don't have to be if we don't want them to be.

If you like my writing, come BM me on twitter @dkjolner. Check out of Patreon, we don’t BM people there.