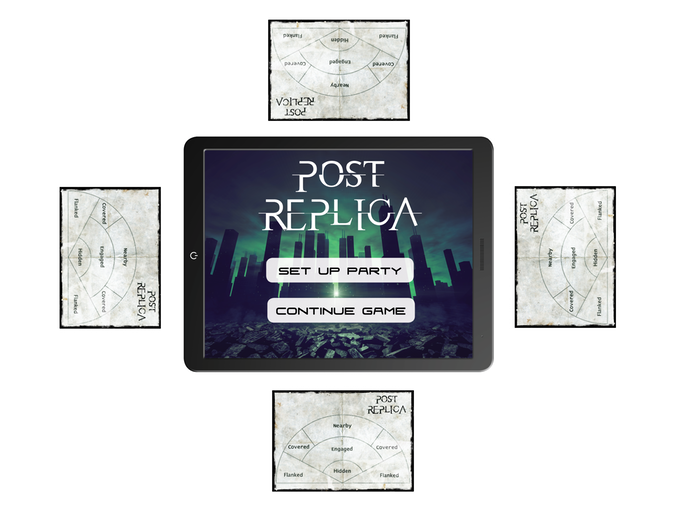 Listen, you may not know it, but I'm a total sucker for trans-humanism. The chance to examine what it means to be a cognizant human when we have the ability to modify our bodies with robotics and technology is a subject that I find endlessly enthralling. It's for that reason that I often find myself playing characters that want to transcend life and attain immortality, whether that be through song and story, replacement organs, or just good old fashioned lichdom.

A friend of mine turned me on to a Kickstarter that is stabbing right into the heart of what it means to be human by approaching humanity from the complete other side of the spectrum. Post Replica has the players controlling sentient androids in a world that has been utterly torn apart by the fear of true artificial intelligence. The setting takes place after the fall of civilization in a burnt and destroyed wasteland, with human communities eking out a meager existence among the bones of their grandfather's achievements. Androids were built for war, and like many tools of destruction were so frighteningly effective that humanity tried to shut them down. Fifty years after the end of the War, the androids begin waking up again into a hateful new environment. Xenophobia and mistrust run rampant, and the cleverly disguised androids must avoid suspicion while trying to find out what life means to them. Beset by monstrous, broken androids that have lost their own consciousness on one side, on the other the crusading Reclaimer sect of humanity out to wash away the taint of machine minds, Post Replica forces the players to consider what they will do in a hostile and alien world.

With a setting that's already chock full of amazing content for deep and serious narratives, the team at Rational Basis Media is tackling this project with modern tools that have been largely ignored by more traditional games. In the interest of knitting together a living world the Post Replica team is developing an app for tablets, phones, and computers that will deliver algorithmicly generated plot hooks for the party to explore. While this provides a broad range of material for the players, it also allows the game to receive feedback about missions whether successful or unsuccessful and incorporate that in other player's stories. If Farmer John has been asking for help from local androids and it ends up being a Reclaimer trap, perhaps some other group will run into that dastardly front in the future. 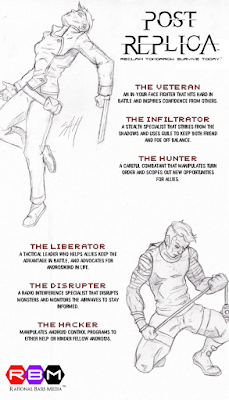 There's still a base class system, androids or not.

I feel like this is a new paradigm for role playing games to explore. MMOs have enthralled players around the world for countless hours (about 6 million hours in World of Warcraft alone, and that was measured back in 2012) by providing reactive worlds with evolving storylines. Many role-playing game franchises have meta plots that can be advanced and affect the nature of the content in the game, like World of Darkness' deep lore, or the Legend of the Five Rings' overarching plot being influenced by the outcome of their yearly CCG tournaments. Post Replica is the first role-playing game (to my knowledge) that supplies the granularity of story offered by a dedicated GM with the immersive world-building supplied by an MMO. As a parallel I know that Dystopia Rising - a post-apoc LARP with franchises throughout the country - has a similar system, but they also have the impetus of 7 years development with a massive community that spans the United States.

I bring it up because the Rational Basis Media team is only a handful of people. They are inviting us, the players, to join in on their player-driven narrative and world-building through this app. As an avid LARPer, I'm incredibly excited to find something that will allow me to get my role-playing fix with the regularity of a proper forum, without the weird baggage that comes from such defunct platforms as AIM Chatrooms or anonymous role-playing forums. Or seedy alleys behind the Auction Houses in MMOs. 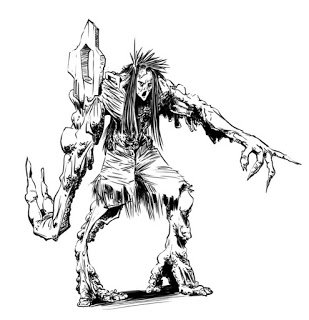 The ruined Androids that wander the wasteland give you and your characters a bad name. It's up to you to either blend in, or help take these things out. Or both.

Mechanically, Post Replica offers a fun mathematical puzzle. "Potential" stats dictate how many dice you can roll, while a "Capability" stat lets you reroll some amount of those dice to achieve a target number. If I have 4 Discipline and 2 Clarity, when faced with a distracting nightclub I can roll 4 dice, then re-roll any 2 in order to hit a target of 12, to successfully track a fleeing suspect out the back door. It's a system that supports succeeding, and since it has multiple dice the probability distribution will end up being a modulated Gaussian curve. I find the normal distribution tends towards better narratives, because it causes wild successes and massive failures to be more rare and thus more dramatic. That tickles the engineer in me. I prefer die pool systems to d20s and flat probabilities. If you want to take a closer look at the mechanics, check out the Kickstarter materials.

There's a lot of deep philosophic territory to be explored in the setting that I'm itching to delve into. Acting as entities that are distinctly nonhuman, but still swaddled in the appearance of humanity speaks to an understanding of the concept of being an outsider that every person has to deal with daily. Being a human means being separated from others, and by drawing that stark boundary between the "self" and "others", Post Replica offers the potential for some really emotional and cathartic role-play, if you choose to follow that path.

Of course, if you'd rather just play a bad-ass Blade Runner style robot, carving out your life in the apocalypse, bashing renegade androids and cultists alike, then I'm sure you'll find the game you're looking for in Post Replica just as much as me. Go ahead and take a look, as there's only ten days left to get in on the ground floor to this great looking system.