PAX East 2015:
DEATHSTATE is the bullet hell roguelike you've been waiting for 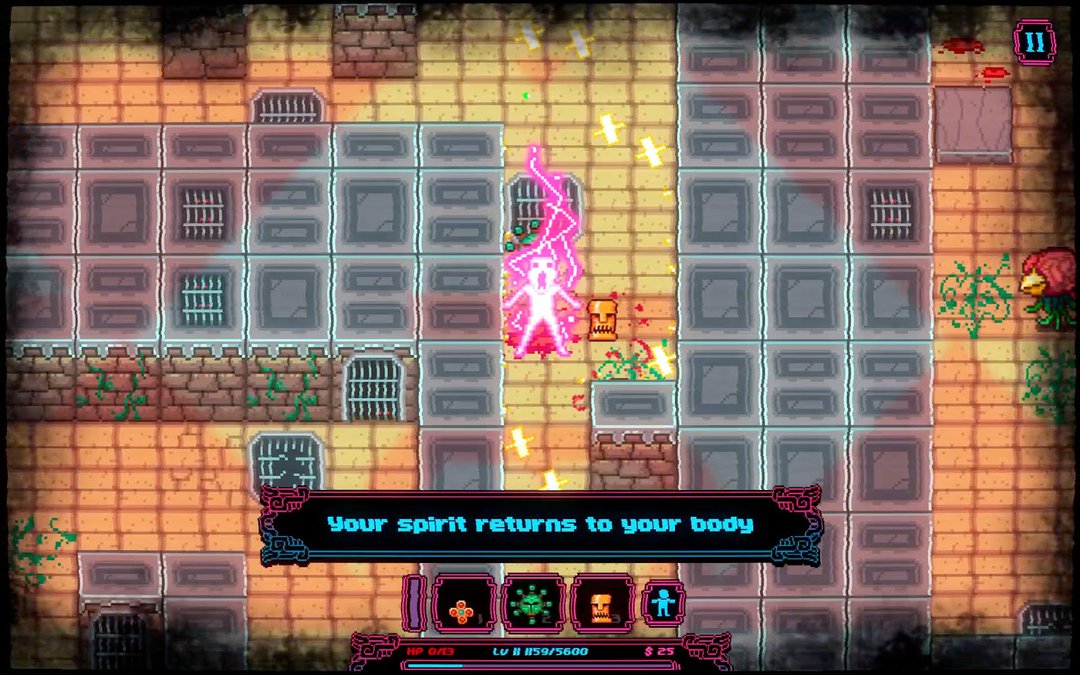 If any one genre was prominent at PAX this year, it would be the roguelike. In the past few years we've seen lots of solid games expand on the formula popularized by The Binding of Isaac and Spelunky. Players are starting to understand the setup innately: levels are randomly generated and increase exponentially in difficulty, various power-ups are gained along the way, and the game resets upon death. Though the list is ever-growing, Workinman Interactive's Deathstate looks like it will be one valuable addition to the genre in a sea of Isaac clones.

Set in a variety of strange dimensions, Deathstate's name comes quite literally from the meditative, death-like state your character is in. You are travelling the outer realms by way of astral projection, and thus your spirit returns to your physical body every time you die. These worlds are populated with hordes of skeletons, tiny Cthulhus, disembodied heads, and more; all of which will probably kill you given the chance.

Even with its dark themes, Deathstate manages to remain vibrant with its pixel art graphics and synthy soundtrack. It's hard not to be simultaneously amused and uncomfortable watching a cute little skeleton king scuttle its way across a ritualistic circle of blood, but that's exactly this game's appeal. 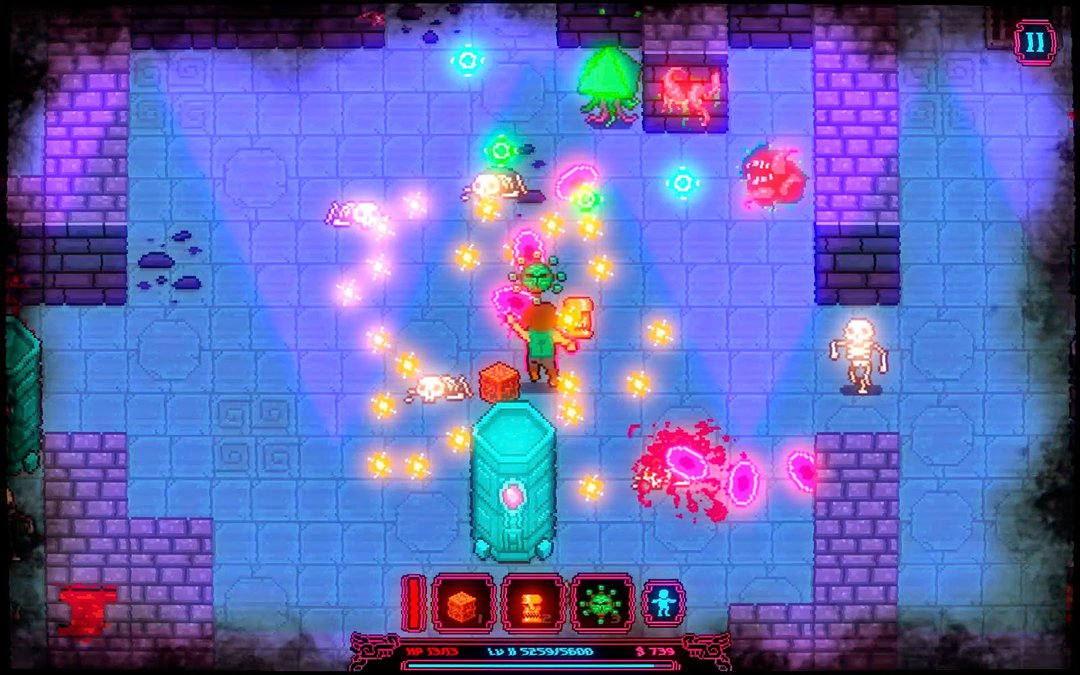 Unlike other top-down shooters, Deathstate only controls with one analog stick, and your shots are automatically fired towards the nearest enemy. This may make the game sound easy, but it actually opens up an opportunity to make the game much harder. No longer does the game have to be designed around the player's shooting skills. Instead, it requires the player to excel at evading enemies among a tidal wave of bullets.

All of my favorite design concepts from other roguelikes are here. Chests are randomly generated on every floor and contain powerful items that synergize differently depending on what you have equipped. There are mystery potions that have a chance to help or hurt upon activation - such as a potion that zooms the camera uncomfortably close to the player, making it difficult to move at full speed without hitting something. Players will have to familiarize themselves with many different enemies and strategize accordingly. Walking mushrooms have the potential to kill other enemies when shot at just the right time, but often that requires getting close and risking being blown up yourself. There's also an enemy that spawns if you take too long to complete a floor (a la Spelunky's ghost), though in this game it takes the form of a mini-Cthulhu who rains bullets on your parade... it's a boss you can kill, thankfully. 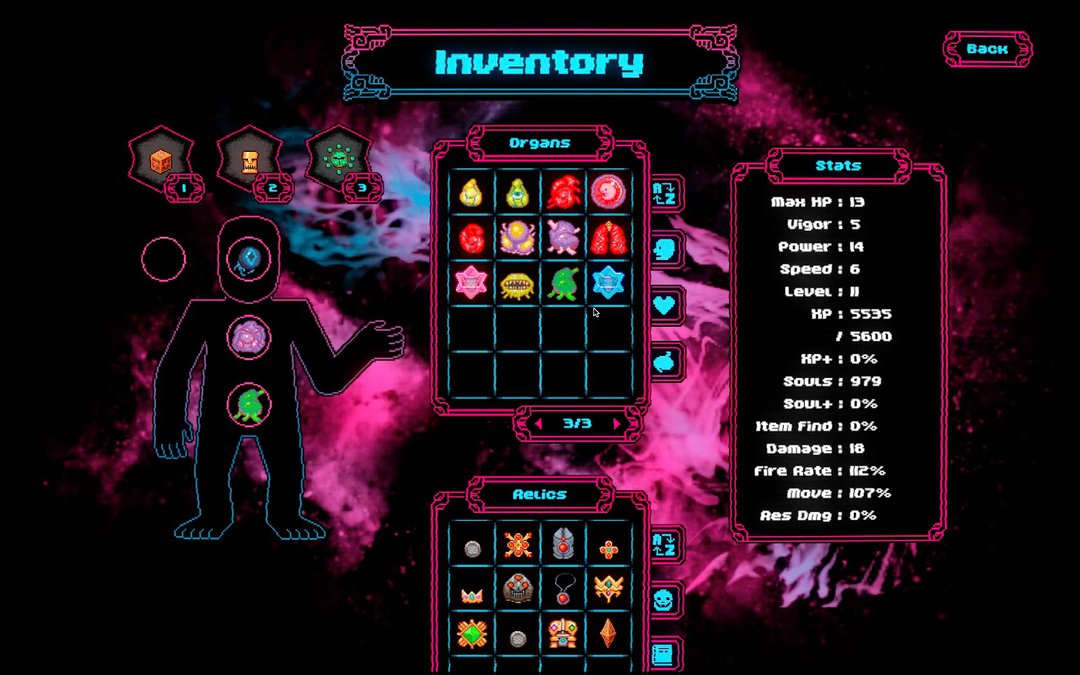 The demo I played at PAX only had a small number of enemy types and item pickups, but the groundwork for a great game is there. I can't wait to see what these worlds will look like with more enemies, more items, and more ways to die. With the right analog stick freed up by the auto-firing mechanic, it would be feasible to see at least an orbital item or two that could be controlled by the player. Imagine the potential of a shield that can be positioned in the path of projectiles that are otherwise impossible to dodge, or even a drone that auto-fires at enemies in places too dangerous for you to reach. Randomly generated games often benefit from variety, and with the framework this game has laid there is nearly endless room for expansion. 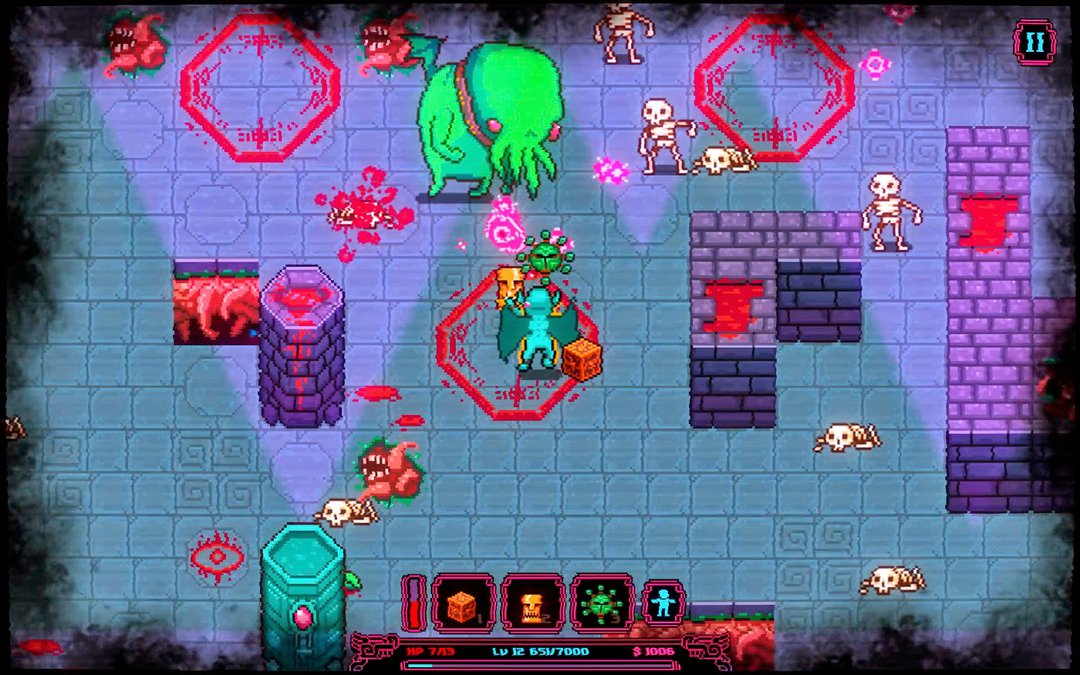 I already have a personal vendetta against this boss.

Deathstate is slated for release in late 2015 for PC and Mac on both Steam and itch.io. You can vote for it on Steam Greenlight here. You can also sign up to receive a free demo on their website when it becomes available.