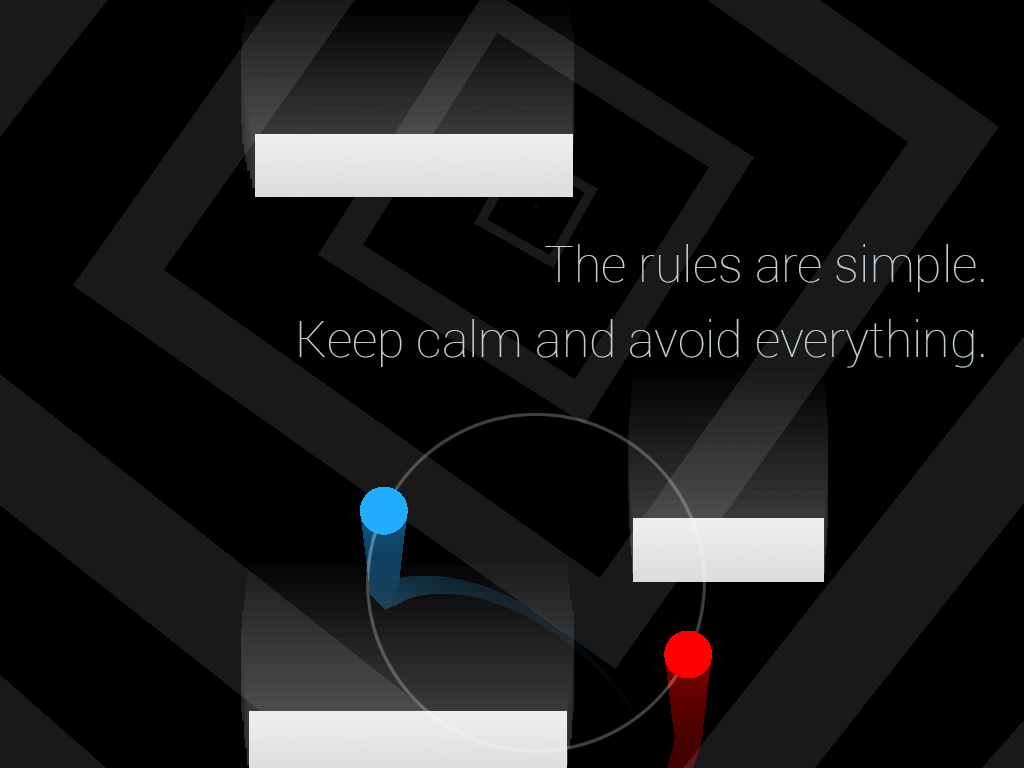 It's no secret that Super Hexagon is one of my favorite games (possibly evidenced by this image). I love games that not only test your reaction skills, but do so in a way that forces you to think in ways you haven't before. With Super Hexagon, it was all about learning to have precise control over a small object and keeping focused while the entire screen constantly rotates. Duet, in a similar fashion, is about rotating two dots in an attempt to dodge falling blocks. However, while Super Hexagon is often an intense, high-speed experience, Duet is all about zen. 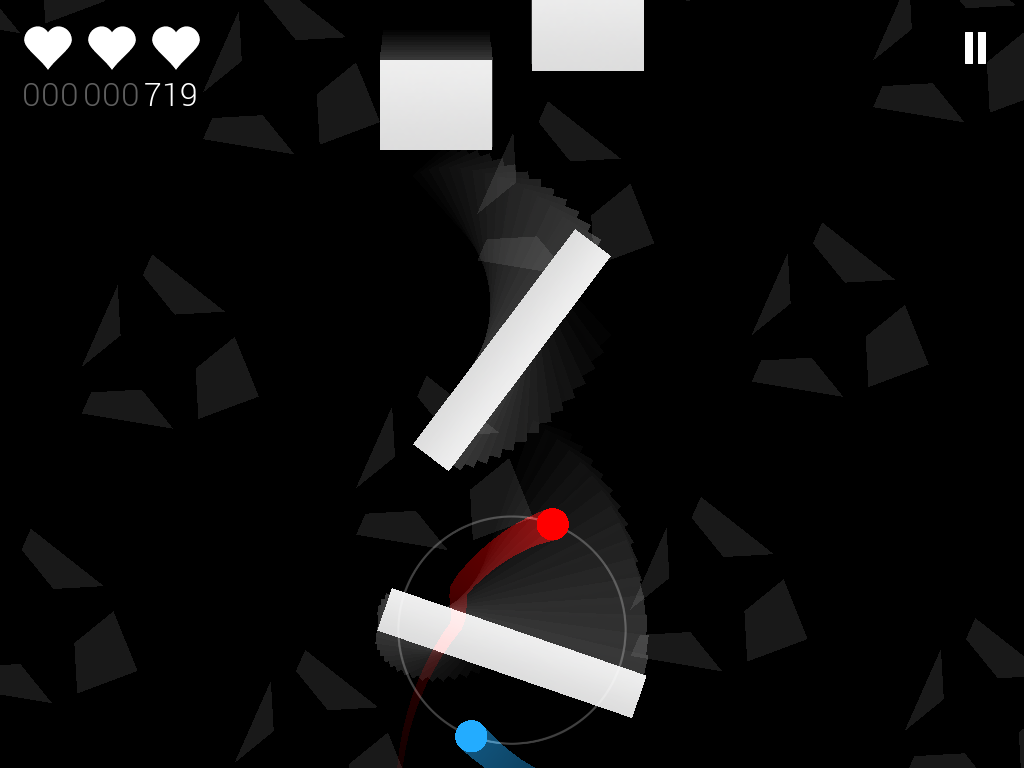 Those spinning blocks still manage to throw me offevery other time they show up.

With its friendly, easy on the eyes color palette and chill soundtrack, Duet creates an environment of extreme focus while maintaining a constant level of calm throughout. Unlike some other challenging shape-related games, Duet both encourages and teaches the player at an excellent pace. At the beginning of each level, there was also a line of text or two that often reminded me to keep calm and focused. "Precision is the key to success," one level stated. The portion I played at PAX started simple, with only a few simple blocks to dodge. As the game progressed, it threw more concepts in, one at a time. First was a series of lines that required constantly spinning to the left or right to pass through. Then came blocks that spun as they fell. One by one, the game teaches players these concepts, then slowly introduces them into the game by suddenly mixing them together. Where some games are all about trial and error, Duet is about learning and applying concepts as you go. 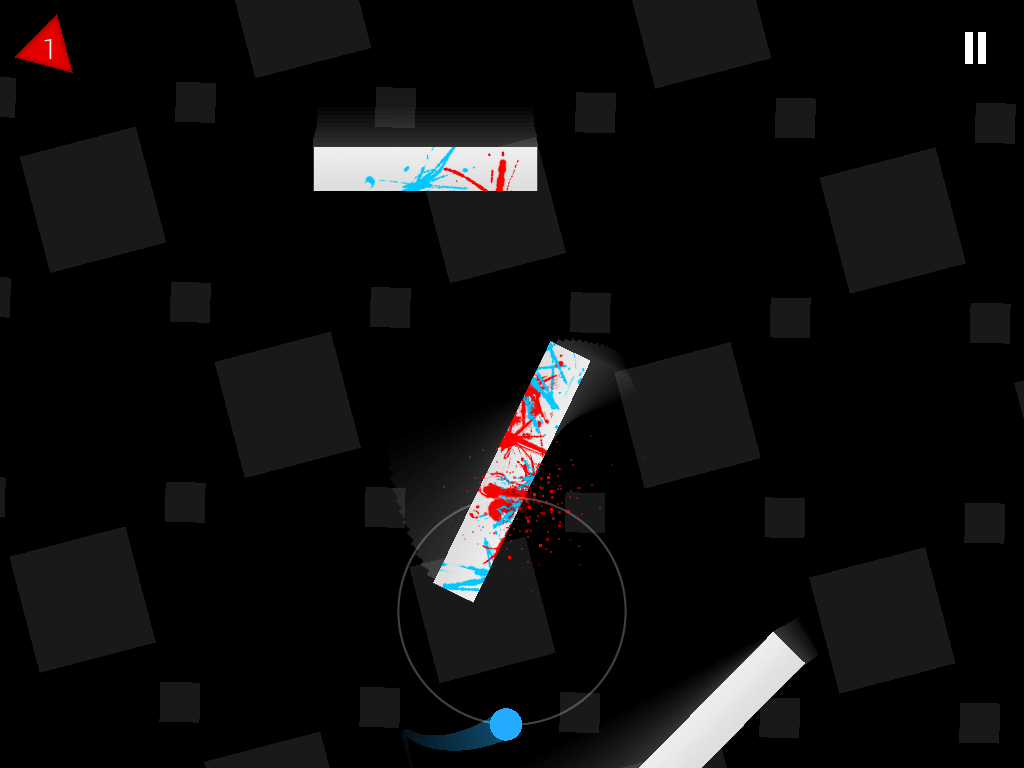 Duet is an extremely simple, yet challenging game. For those of you who found The Impossible Game too difficult or Super Hexagon too nauseating, this is an excellent way to train your brain to think in new ways. This is a game I'd recommend to both a skilled gamer looking for a challenge and someone just looking to kill time. Unfortunately, the game is only available on iOS as of my writing this (the one platform I don't own!). It will make its way to Steam and Android eventually, but for now I'll have to settle for listening to Tim Shiel's soundtrack and the remix album on repeat. For those of you with iOS devices though, I highly recommend hopping on iTunes and buying this game ASAP.