The Killing Blade Or The Helping Hand

This is the journal of Maximilian D’Ambrosio, guild master (GM) of Dragon Wing; this article is the sixth in a series of in-character writing for Pathfinder.

Dragon Wing gained a new member today. While every new guildmate is noteworthy, that normally wouldn’t merit an entry in my journal. This was not a normal situation.

You may remember from my first entry that a group of Dragon Wing members found the tomb of what would come to be called the Lich of Greensfeld. You may also recall that they found a young dhampir sorcerer in the cave protecting the sleeping lich. Rather than kill the young man, they captured him and turned him over to the mayor of Greensfeld.

It was difficult for the people of Greensfeld to raise enough money to hire Dragon Wing for another mission so soon, so it was some time before we heard about this. However, we did finally receive the job request and a group of our guildmates went to track down the escaped sorcerer. 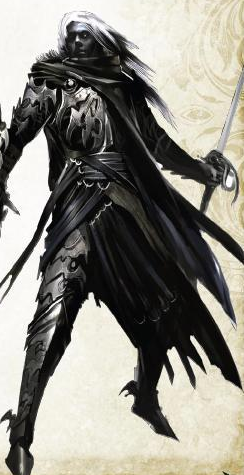 This was the clearest rendering of a dhampir that I could find, though I don’t believe the artist has ever seen an actual suit of armor.

Greensfeld had been abandoned when the lich was discovered. It was abandoned no more: an entire village’s worth of undead roamed around the place. They also encountered three members of our rival guild Griffon’s Eye, who had presumably come for the same reason but did not care to try their luck against so many enemies.

The party found a stable at the edge of town and, after clearing it of two zombie horses, fortified the building to use as their base during the mission. From there they launched a sortie to pick off the weaker undead. There were a lot of skeletons and zombies there, which posed little problem to the now-seasoned adventurers. On the more troublesome end of things, they encountered a skeletal champion and a ghost. Thankfully they had a paladin with them, or the ghost would have been immune to anything they could dish out. Good gods, when I say to be prepared for undead I don’t just mean the corporeal kind!

The most unusual thing they found there, however, was another of those overgrown wolves with an elemental gem in its chest. It emerged from the woods in the middle of their battle and helped to kill the skeletal champion. If they thought they’d found an ally, however, they were sorely mistaken, for it turned on them as soon as the undead were wiped out. They dispatched the wolf after a grueling battle.

One of the party scouted what remained of the town and found that there was at least one more undead inside what had been the mayor’s house. He was keen enough to realize that this was not some mindless, shambling zombie, but an alert and probably more powerful form of undead. The party, exhausted from their long battle, opted to retreat to the stable and finish cleaning out the town after a good long rest.

The Griffon’s Eye members were no longer in the stable. 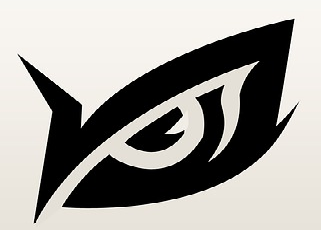 The emblem of our rival guild Griffon’s Eye.

After their rest, the party emerged refreshed and ready to fight, only to find that there was no need for it. The sorcerer - whose name, as it turns out, is Pyrrhus - knelt among the ashes and broken bones of his undead army and wept. The party feared he would attack, but he seemed to have no fight left in him.

One of the party spoke with Pyrrhus and learned that as a dhampir, the cursed spawn of a vampire and a human, he had always been hated by those around him. He’d come to serve the Lich of Greensfeld because it was the first time he’d been accepted, even welcomed, for who he was. He had come to consider the undead monsters, even the mindless ones, as his friends and family, and now that had been taken from him as well.

The group took pity on him and offered to bring him back to Amaranthe. To Dragon Wing. To me.

I spoke to Their Majesties and said that I was willing to offer Pyrrhus a second chance, and that I would take responsibility for him. I also informed the group in no uncertain terms that they were to look after Pyrrhus and keep him on his best behavior.

Why did I do this? It’s hard to say. It was such a spur of the moment decision, and for a situation that should not be taken so lightly. Some part of me hopes that, as the former protege of the Lich of Greensfeld, Pyrrhus will have valuable skills and knowledge we can use against it. Another part feels sorry for him. He’s had such a hard life, all due to the accident of his birth.

However, if I’m being honest, the biggest reason was a simple sense of destiny; an inexplicable feeling that the mercy they showed Pyrrhus just might shape the future of our kingdom. Call it a bard’s intuition. Let’s hope that I am truly a bard and not just a fool.

So, for good or ill, Dragon Wing gained a new member today. The gods grant that my decision was the right one.