Under Night In-Birth Joins the Roster 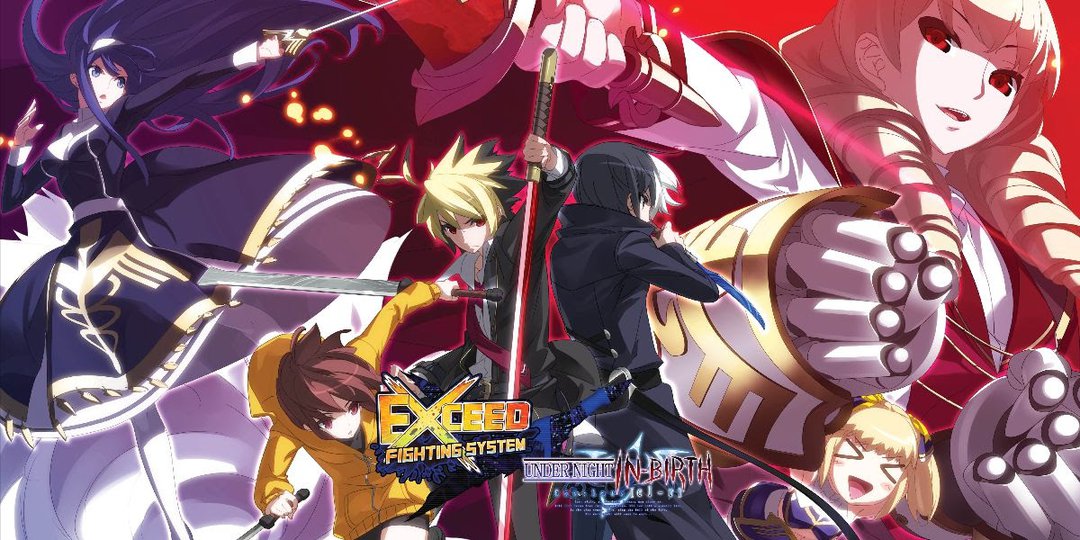 Level 99 games has announced that 19 characters from Under Night In-Birth (from here on referred to as UNIB) will be coming to their tabletop fighting game Exceed Fighting System.

They are releasing four boxes of four characters each (their usual arrangement), plus one box of two characters. Any of those products will allow new players to jump right into the game. There will also be a solo fighter, Londreika—the last character added to UNIB—who’s effectively a DLC character and can’t be used without the base game. These 19 characters represent the entire roster of UNIB minus two guest characters from other IPs, which Arc System Works couldn’t provide the rights to.

For the moment, the only other thing we know is that Season 6 will be changing up how the Normal attacks work (which have previously been identical across all characters and IPs). I have thoughts about that, but I’ll withhold judgment until I see how the new Normals interact with the old ones. 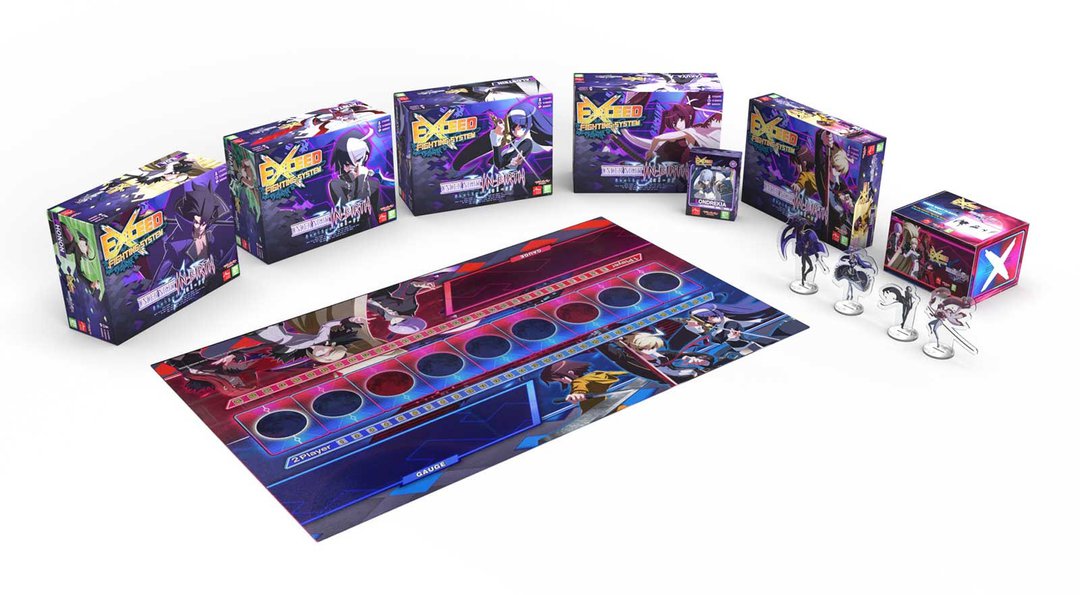 The new products will also be compatible with all previous seasons of Exceed Fighting System.

(The standees are a new thing, and a nice touch)

UNIB is an anime fighting game series co-developed by French Bread and Ecole Software (who also collaborated on the hit fighter Melty Blood), and published by Arc System Works.

UNIB’s story centers on the Hollow Night (not to be confused with the Hollow Knight), a monthly phenomenon where immortal monsters appear and attack anyone nearby. People who survive the monster attacks develop strange powers and—naturally—start using them in epic 1-on-1 battles.

I must admit I’ve never played UNIB myself, but I can report that reviews are generally highly favorable. Fighting game fans praise it for a blend of strategic depth and accessibility that sets it apart from other ArcSys titles like Blazblue: Central Fiction (which is a fantastic game, but the learning curve is more like a wall. With barbed wire across the top. And sniper towers.)

UNIB boasts a score of Very Positive on Steam with just over 2,000 reviews, and a Metacritic score of 8.0. 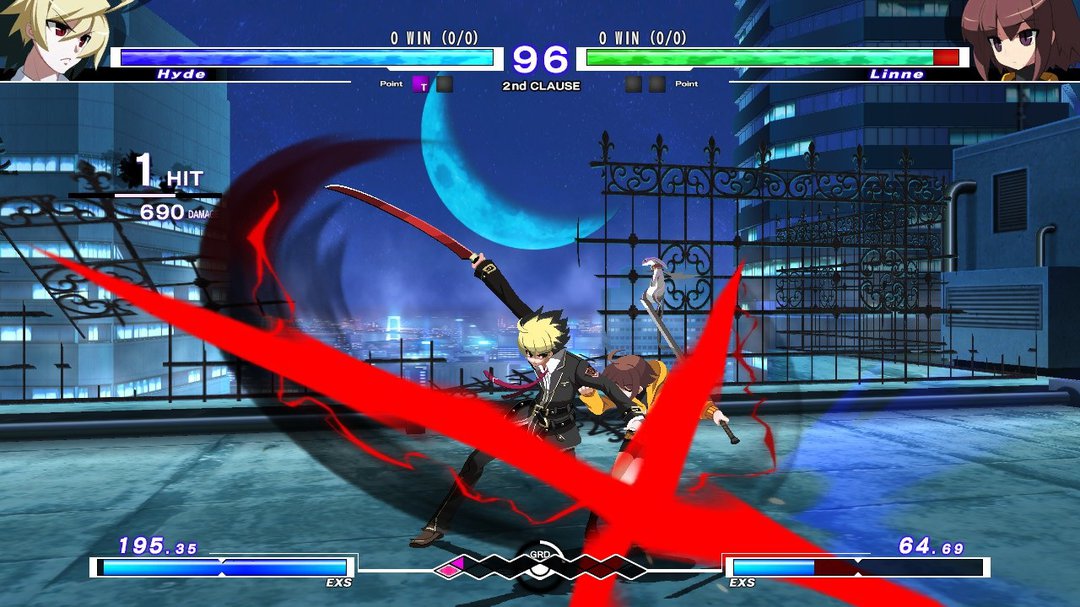 UNIB’s signature mechanic is the Grind Grid (GRD), a sort of tug-of-war between the fighters where you can take control by attacking or correctly shielding against your opponent’s attacks. At certain intervals the player with more GRD will enter a powered-up state called Vorpal that makes their attacks deal more damage.

You can also convert your GRD into charge for your super meter, which you can then spend on enhanced versions (EX) of your character’s signature attacks. If you max out your meter you can enter the Veil Off state, which lets you chain EX attacks together in ways that are normally impossible.

One thing I’ve consistently praised Exceed for is its ability to translate video game mechanics into card game mechanics while keeping the feeling of the original, so I’m excited to see what Level 99 has in mind for GRD.

So, what are my personal thoughts on this?

Well, naturally I’m a little disappointed that the new IP is one I’m not familiar with. On the other hand, I wasn’t very familiar with Blazblue prior to Exceed Season 5, and that’s now a regular fixture in our Discord server. UNIB seems like a solid fighter and a worthy addition to the lineup.

Though I’ll add that I hope this is the end of the ArcSys fighting games, at least for a while. I’d really like to see Season 7 be another off-the-wall addition like Shovel Knight was, but even failing that, I really don’t think we need three anime fighting games in a row. 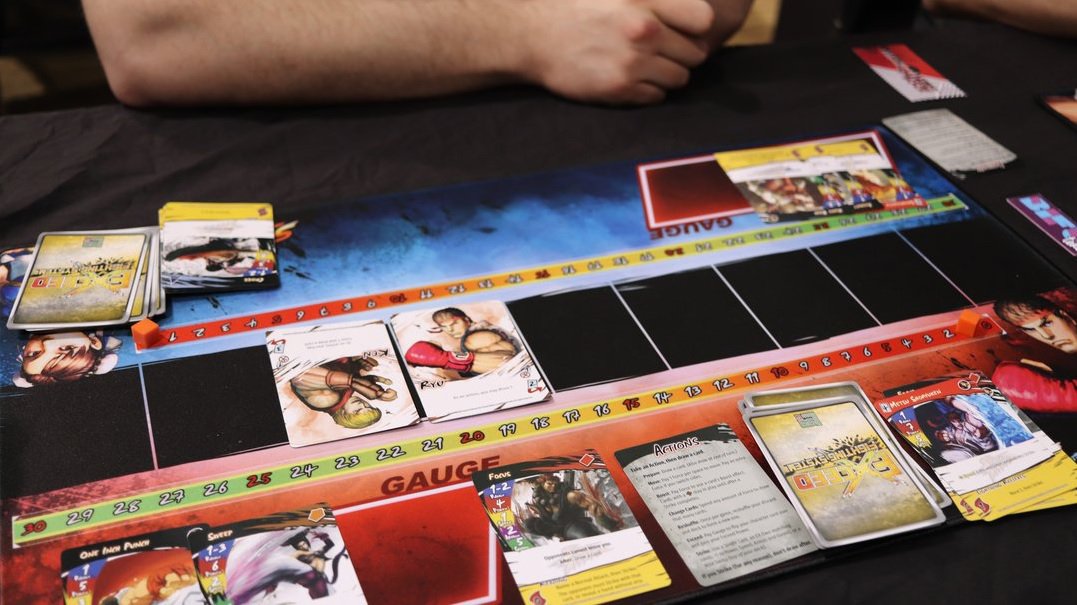 Street Fighter (Exceed Season 3) was my introduction to this great game.

Overall, though, I love Exceed Fighting System and I will always be hyped to get more of it. Level 99 could announce that they’re adding Goat Simulator to the roster and I’d probably run out to buy it.

Exceed Season 6 will be available for preorder on Level 99’s site starting February 1st. You can also join their Discord server to discuss and play all of their games—there will be a Q&A session for the new season of Exceed starting at 4:30 EST today.