The Growing Role of "Fill in The Blank" Board Games

What Does It Mean To Be A Game? 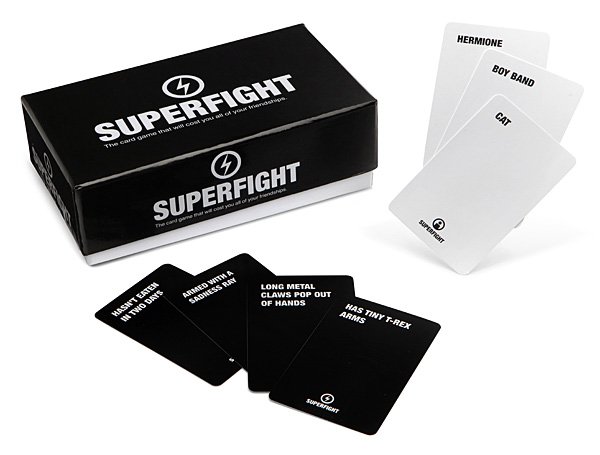 I certainly didn’t buy that game. It’s definitely not sitting on my shelf at home. Shut up. 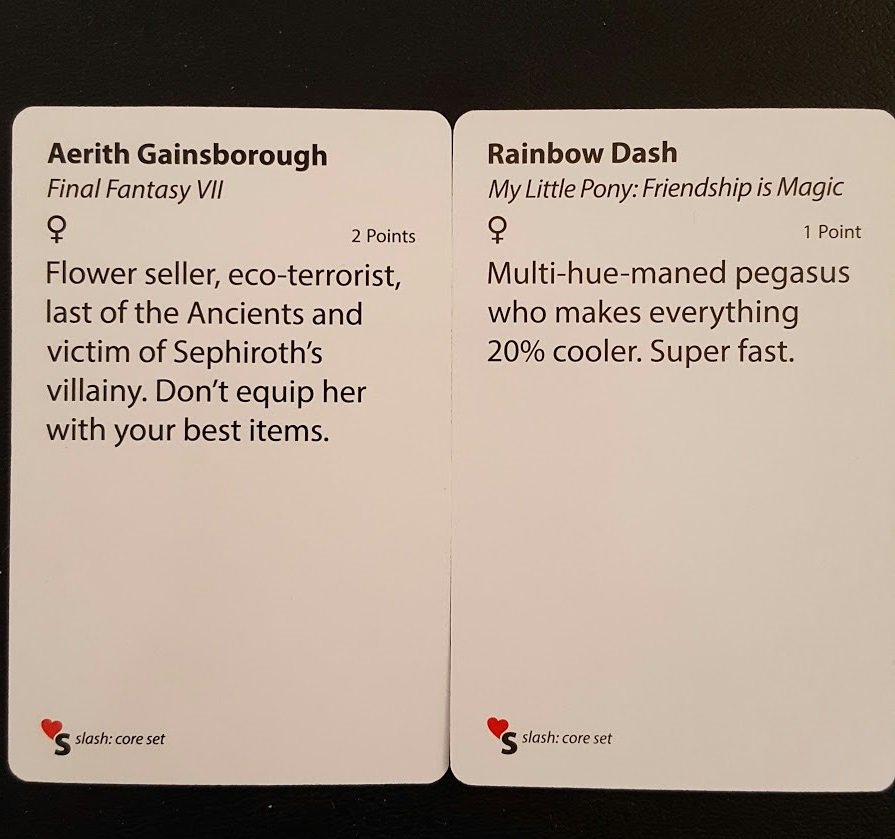 This type of game is like Mad Libs in tabletop form, a simple yet effective design that gets a lot of its effect from relying on the humor of the players. The designers don’t have to guess what will make people laugh, they just have to provide a lot of different options and let people make their own jokes.

There’s no doubt that it’s become a very popular format. If the recently ended Kickstarter campaign for Joking Hazard—a random comic strip game by the creators of Cyanide and Happiness—is anything to go by, it’s a format that’s not going anywhere anytime soon. “Wildly successful” doesn’t even begin to describe C&H’s Kickstarter; they asked for $10,000 to make the game and wound up with $3.2 million in funding.

Of course, anything as popular as these “fill in the blank” games have become will also attract the opposite kind of attention. In particular, Cards Against Humanity has ruffled quite a few feathers. Most of the anti-CAH crowd say the kinds of things you’d expect: It’s offensive, it’s hurtful, it’s juvenile, etc. To which most fans of the game reply “No shit,” and continue playing.

However, there’s one thing I’ve seen thrown at CAH more than once that really caught my attention: “It’s not a game”. People sometimes try to make it sound as though Cards Against Humanity—and, by extension, other games of the same type—is more like a social lubricant than a proper game. It’s designed to get people together, get them talking and laughing at bad jokes, and to help them interact without having to rely just on their own social skills (the horror!). 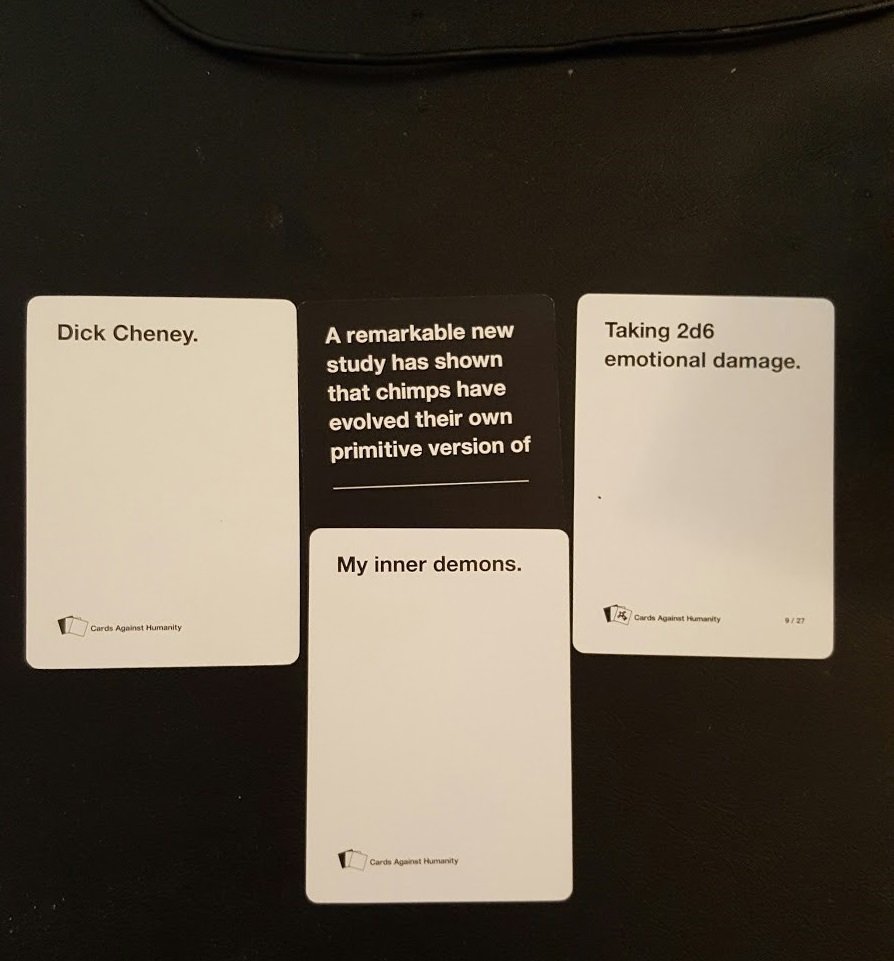 To be fair, these are way better than any real studies about chimps that I've read lately.

To the detractors’ credit, I have seen people offer some reasons for why Cards Against Humanity shouldn’t be considered a true game. First and foremost, because it’s not competitive. The object of a game is to win, right? Yet, as often as not, people just play these fill in the blank games until they don’t want to anymore. Sometimes there is no clear winner because they aren’t even keeping score.

The second reason, related to the first, is that the rules are nebulous at best. There actually is a CAH rulebook, but nobody I know has ever read it. Legend has it that there are rules involving bidding your black cards, as well as some popular house rules included in more recent editions, but everyone knows the rules that matter: You read the black card, pick a white card, then the judge decides who wins. Repeat until you’re done.

No rules, no scorekeeping, and no winner. Plus the designers don’t even have to write their own jokes for their comedy games. Can you really call that a game? 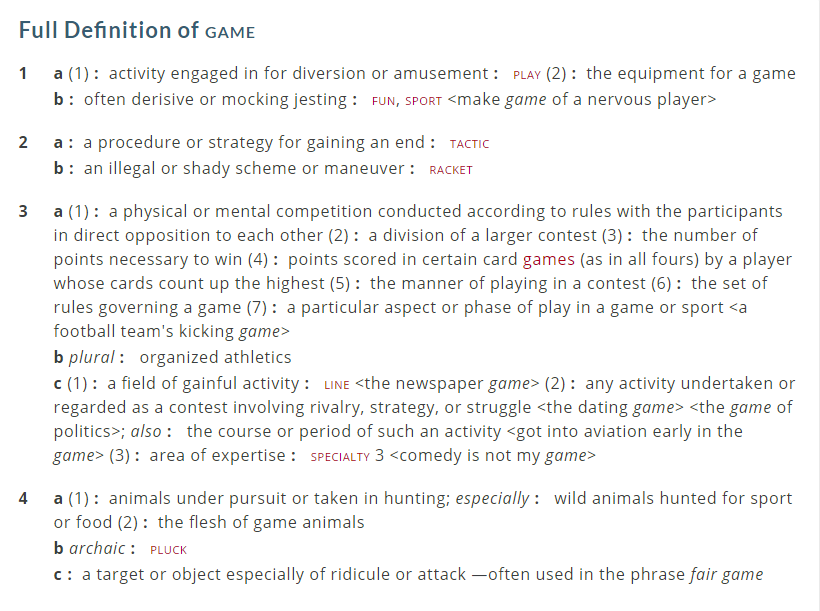 Pedantry aside, I think such arguments miss the point of a game. After all, think about how children play: they might not know all the rules of whatever game they’re involved in. They might have made up the game on the spot and not bothered to even create any rules. There might be a winner, or there might not. It doesn’t matter. Do you think anyone would tell these kids that they aren’t actually playing a game?

The point is, whether it’s Cards Against Humanity, Joking Hazard, or The Princess Bride: Prepare to Die, “fill in the blank” is a genre that’s absolutely exploded in popularity over the last five-ish years (though Apples to Apples is quite a bit older than that). The same concept that makes games like these so easy to design is also what gives them their wide appeal: it’s the players, rather than the writers, who create the humor and the fun.

Games like this are simple but entertaining, with low stakes and a ton of replay value. They’re quick to set up and easy to play, and endless streams of expansions ensure that the players don’t get bored. At PAX East 2015, I five of my own friends stopped by and bought Super Fight from their booth on the expo hall floor. If Joking Hazard’s 3200% funded Kickstarter is any indication, it’s a genre that’s not going anywhere anytime soon.

What is your favorite “fill in the blank” game? Have any particularly memorable plays that you’d like to share? Should we at Sprites and Dice create our own game and become millionaires? Leave a comment, or hit us up on Facebook and tell us what you think!