The Noble Art of Talking To Yourself 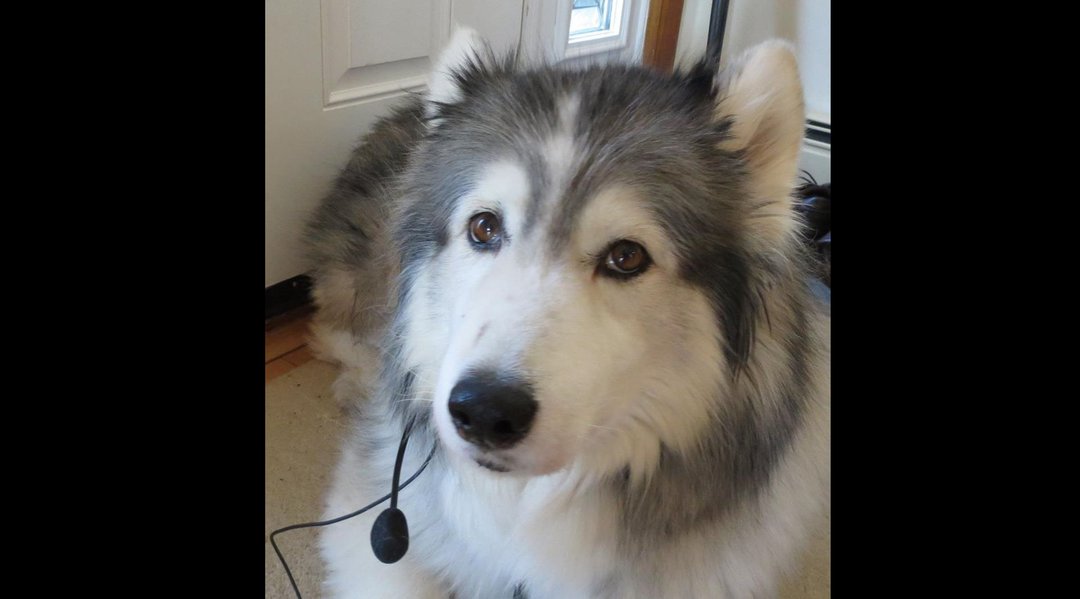 The truth is, I had never had much interest in streaming until very recently. I couldn’t understand why I’d want to watch someone else playing a game when I could be playing a game myself - I never had any interest in watching sports either, for mostly the same reason. I just thought it would be very boring.

In other words, people watching you, watching things.

Then the time came when we at Sprites and Dice were talking about broadening our horizons. We started looking into podcasts and, of course, streaming. Wyatt wasn't sure about streaming either, but a few weeks in, he started talking about how it could be fun; it felt like playing with a group of friends, like days back in college. After joining him for our live playthrough of Necropolis, I admit, I was ready to try myself. While I may not have had much interest in watching other people playing video games, having other people watch me sounded like a great time. 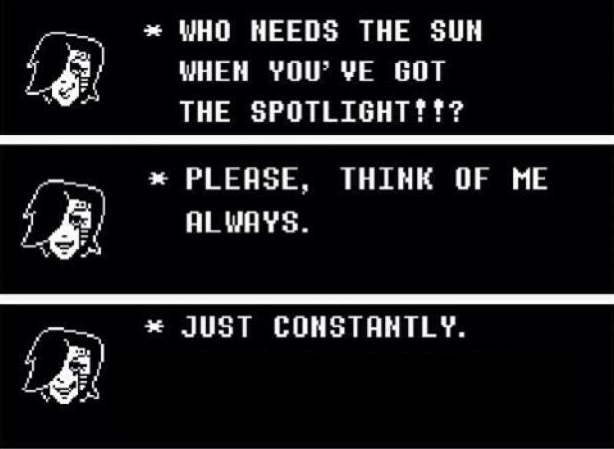 What I'm trying to say here is, I'm a total attention whore.

So anyway, I was eager to give streaming a shot, with no prior knowledge. I knew I’d have a bit of work to do first, though I may have underestimated exactly how much. It’s not particularly difficult to create a working stream - especially since there are plenty of online guides for newbies - but there are a lot of things that need to be just right in order to make a good one.

A good streaming setup requires a lot of preparation. First of all, obviously, you need the right equipment. Luckily I already had a good quality microphone (I had once considered getting into voiceover work), so the most expensive piece was taken care of. Headphones were easy enough, so I just needed the right software. I settled on Open Broadcaster Software (OBS), which met my two main criteria of having good reviews and being free. So now I had all the hardware and software, all I had to do was make an account on Twitch, and I’d be good to go, right?

CBR padding? Well, we wouldn't want the CBR to be uncomfortable...

For me, at least, the hardest part of this whole process was learning how OBS works. The program assumes that you have some understanding of technical terms and how to properly set up a stream. I, being not the most computer-savvy person alive, had to start from the beginning. Luckily, Twitch had a very helpful guide.

By following those instructions I was able to get a working stream going. Then it was just a matter of deciding what to stream. I had played through Final Fantasy I a while back as part of my “research” for another article, and I’d been wondering whether it would be possible to beat the game using a party of four Red Mages.

For those unfamiliar with Final Fantasy, the Red Mage epitomizes “jack of all trades, master of none.” The class can use both attack and support magic, as well as light armor and weapons but has low stats and is considered pretty mediocre overall. Imagine doing a Dungeons and Dragons campaign with a party of four bards; it’s a bit like that. However, for some reason, I’ve always really liked the class. It’s probably the pimpin’ hat.

Anyway, a Final Fantasy run with four Red Mages seemed like a fun idea, so I decided that it would be my first foray into streaming. 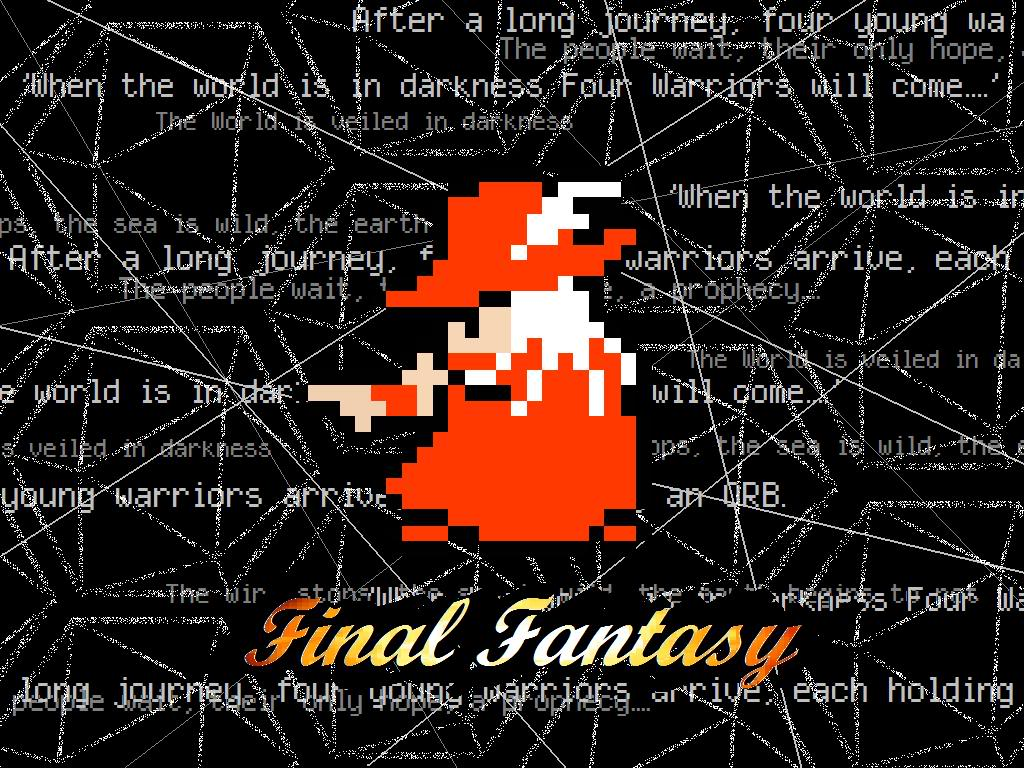 When the world is in darkness, four warriors will come... and they'll all be me.

The day was finally here. I had everything set up, all the settings were correct, and the clock counted down to my designated start time. I booted up the game, started the stream, introduced myself, and found that I still had no idea what I was doing. My biggest issues came down to the same reasons why I hadn’t had much interest in streams before: why would total strangers want to watch me playing a video game? What was I supposed to talk about? How in the hell was I going to make this interesting?

The first couple of sessions were definitely a bit rough. It started off with me just narrating what was happening onscreen, with a lot of long, awkward pauses when nothing particularly interesting was going on. I also couldn’t get over the idea that I was just talking to myself. I felt ridiculous trying to keep the chatter going while there was nobody watching, and anything popping up in the chat box on Twitch felt like a blessing. I also didn’t remember the game all that well, and it led to a lot of aimless wandering while I looked for the next town or dungeon. 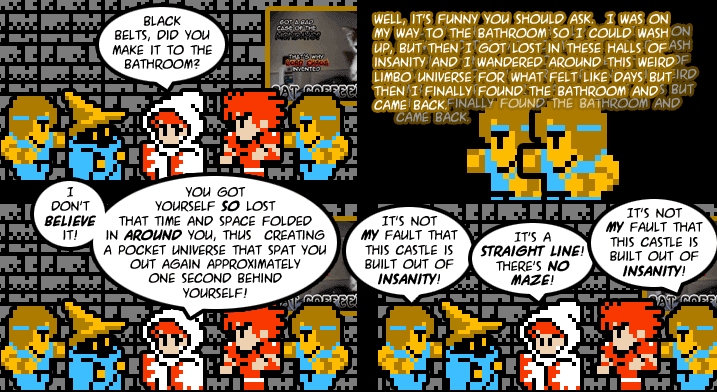 Basically what happened during my first stream. (Panels taken from 8-Bit Theater)

By the third session I had settled into it a lot better. I’d gotten over the awkward feeling that I was just talking to myself. I wasn’t just narrating anymore, I was offering commentary and anecdotes while I played. I had some notes about what I wanted to do - not a full strategy guide, which would be cheating and lame, but just enough to spare my audience (and me) the annoyance of watching me walk in circles looking for the next plot hook. Overall, it just felt much smoother and more natural. The key was a bit of practice and a lot of getting over myself.

Other than that, it’s just a matter of playing the game. As I found, you do want to have a certain degree of preparedness before you start. Streaming a game that you’re not familiar with is certainly interesting, and it can be fun for your viewers to watch you discover things about the game. On the other hand, they’ll quickly lose interest if you have to waste time fiddling around with controls and settings, or if you take too long finding the next part of the game.

One of my major concerns was what would happen if I got stuck. I knew that playing with a party of four Red Mages would be a challenge, and I was a little worried about what would happen if I got to a boss that I couldn’t beat. Should I take time during the stream to level grind, or would that be too boring? Should I do the grinding on my own time, or would people feel cheated that I was playing without them? What about doing an extra stream at some odd time, if necessary?

Wyatt provided what was probably the best possible solution: Just start the stream a little earlier, and let everyone know that the extra time would be devoted to level grinding, shopping, in-game bookkeeping, etc. That way, people who want to join you for the “boring” stuff can do so, and you can jump right back into the usual gameplay at the usual time.

That didn’t end up being necessary this time around, though. It turns out an all Red Mage run is only challenging up until they get their class change, around the halfway mark. A party of four Red Wizards is actually quite a force to be reckoned with. 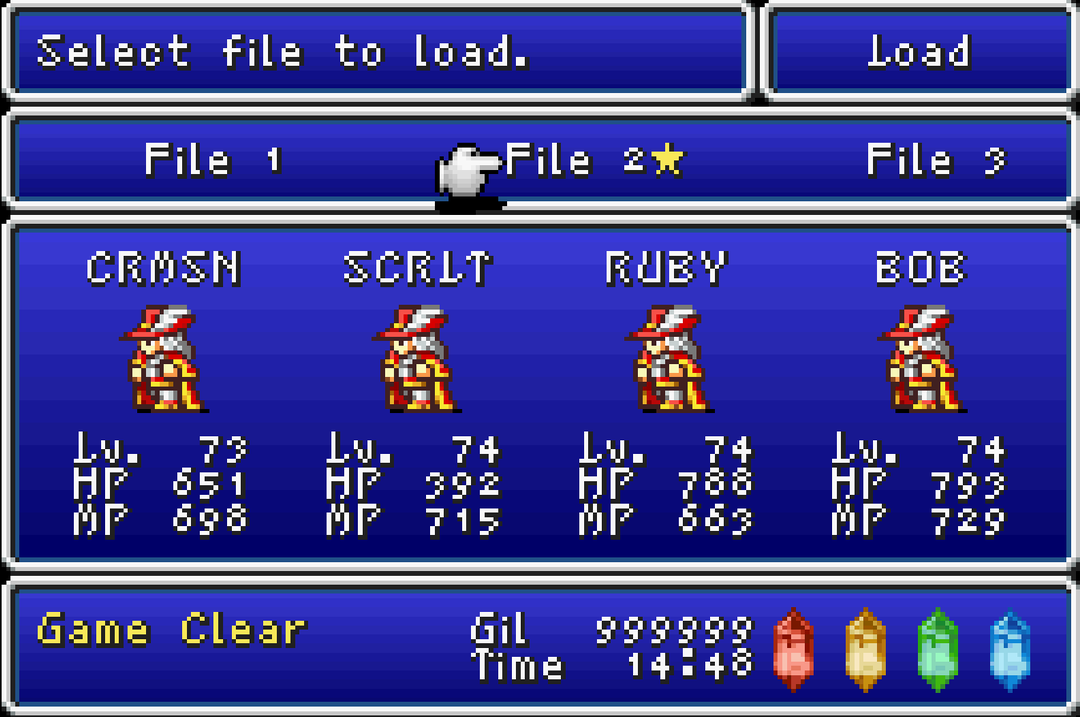 No time-traveling god of chaos is a match for such fabulousness!

Getting On With It

Streaming is fun! Once you move past the initial awkwardness and get comfortable with the process, it can be nice to have an audience, especially one that can interact with you.

Building an initial audience can be tough, so it’s helpful to have a friend or two watching your stream. That way, people can see that someone else is already watching - which, through some quirk of human psychology, makes them more likely to come watch themselves. It can be a bit disheartening to realize that nobody’s watching you, but the truth is that people will come and go and you might not even notice them.

The most important thing, though, is just to not worry about it. Nothing ruins a stream faster than a self-conscious player. Keep playing and keep the chatter going, keep one eye on the chat, but most of all, just enjoy it! If you’re having fun, they’ll be having fun. And if you’re not having fun, then why do it at all?

Come watch us on our Twitch channel! Our current schedule can be found here. If there’s anything in particular you’d like to see us stream, leave us a message here or on our Facebook page and we’ll see what we can do!