The Evolution Of XCOM

How A Great Game Can Be A Great Series 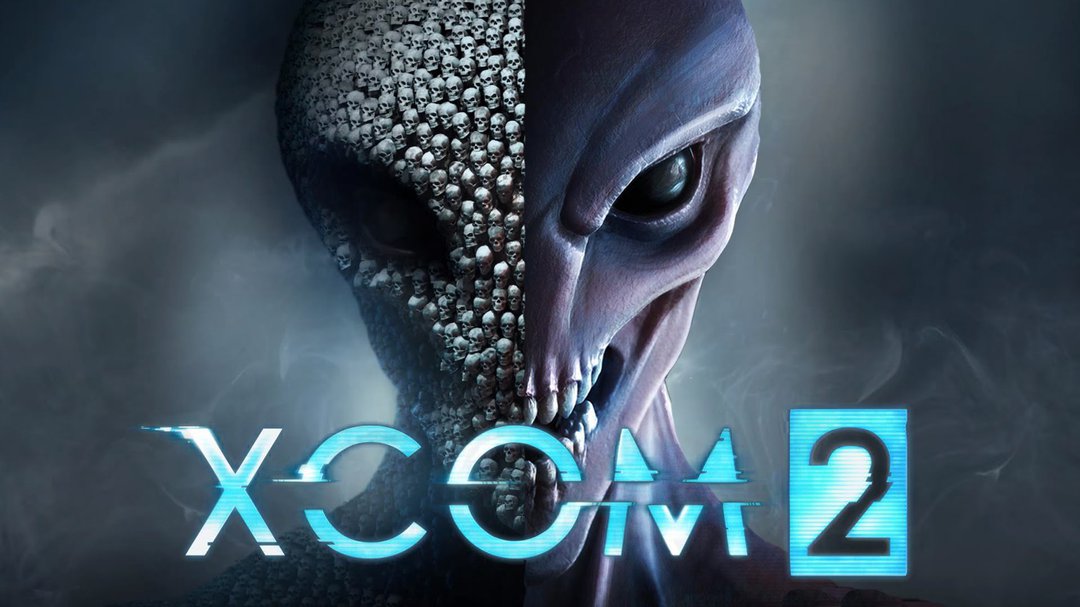 “It is not the strongest of the species that survive, nor the most intelligent, but the one most responsive to change.”-Charles Darwin

The XCOM series is all about evolution. The aliens invade to further their own evolution. Humans have to evolve in order to fight back. At the end of XCOM: Enemy Unknown, the leader of the aliens reveals that the entire purpose of the invasion was to see if humans could withstand being “uplifted,” strengthened in mind and body to prepare for a mysterious looming threat. XCOM 2 features many of these evolved beings, human/alien hybrids that are significantly stronger than the enemies from the original XCOM. Evolution - both biological and technological - is central to both the series’ plot and its gameplay. What’s really interesting about all of this is that, comparing the first game to XCOM 2, you can see how the series itself grew up, using that theme of evolution.

Warning: some spoilers to the game series are in this article.

Consistency in a game's tone can really help it feel well put together, and we see that in XCOM: Enemy Unknown. The invasion happens in the first place because the aliens are trying to find species who are able to evolve further. As it turns out, humans do meet their requirements, but they can turn that power of evolution against the aliens. Human technology and biology both advance drastically over the course of the game through research projects, genetic engineering, and stolen alien technologies. Your soldiers start the game as normal - though highly trained and heavily armed - humans. By the end they have access to plasma weapons, bioelectric fields that come out of their skin, enhanced muscle strength, MEC suits, and psychic powers. 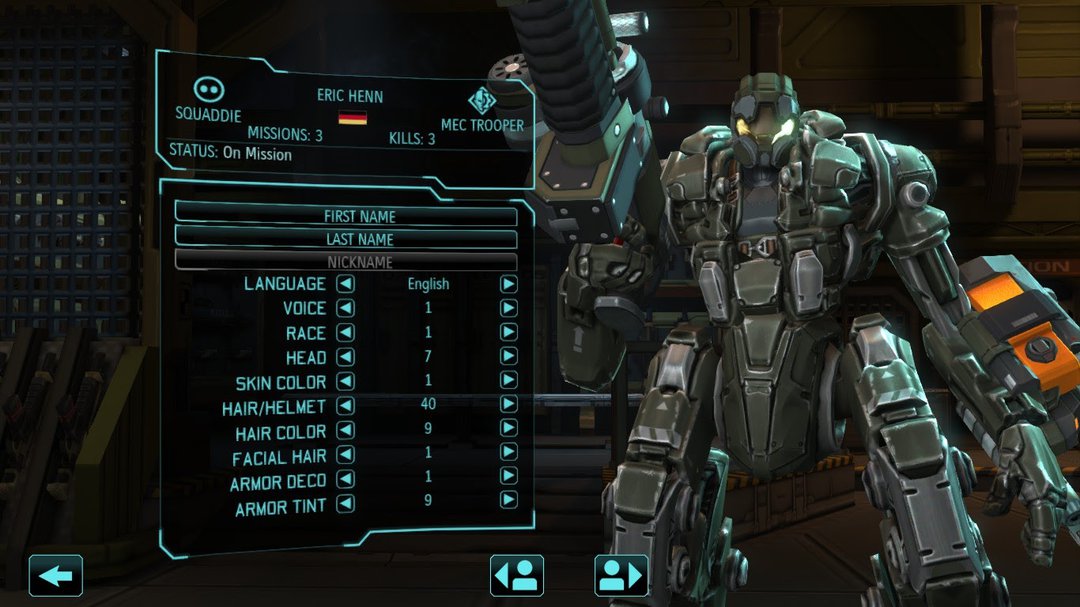 That theme continues in XCOM 2. One of the first things you’ll notice is that the Sectoids, the most basic enemies from the original game, are a lot bigger and stronger than they used to be. That’s because they’ve spliced human DNA into their own genome to evolve themselves. The same goes for several other types of enemy. The Avatars that the aliens create could be seen as the final product of their forced evolution; the oldest and most powerful of the aliens merged with the very best genetics that humanity can produce. You only encounter a couple of these Avatars, but they are immensely powerful and some of the hardest enemies in the franchise. 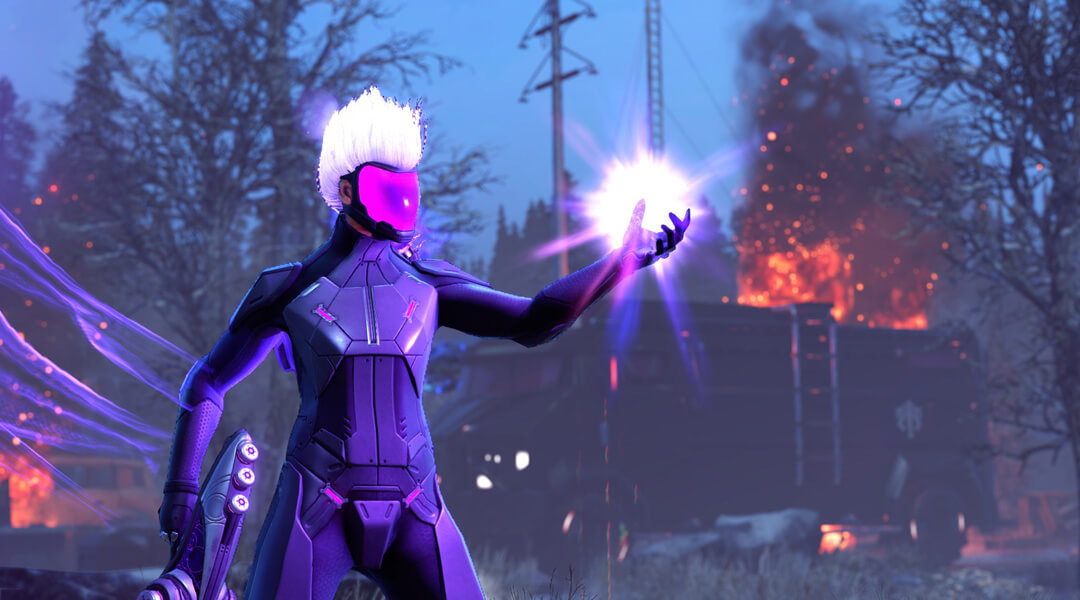 It turns out that Daft Punk is the endpoint of evolution.

XCOM: Enemy Unknown & Enemy Within: The DNA Of A Great Franchise

The original XCOM puts you in command of the greatest military and scientific organization that the world’s ever seen. The alien forces are powerful and frightening, but you have the combined power of all the best of humanity behind you.

A friend described XCOM: Enemy Unknown as “challenging but forgiving,” which is a good assessment. It’s important to build your resources early, research the right advancements, and play carefully on missions; your troops can and will die from being hit just a couple of times, so a misplay can spell disaster for an entire squad.

However, it is possible to stay on top of things as long as you have a good strategy. You lose XCOM if your “doom meter” fills up, which happens when countries become so panicked that they withdraw from the XCOM Project. So, the way to stay in the game is to make sure not to ignore countries for too long. As long as you quickly build and deploy a good satellite network (which has the dual function of keeping panic down and giving you more income), pick your missions carefully, and train up an elite squad who can handle those missions, you’ll be in a good position to save the world. While the pressure is definitely on, you still have a comforting feeling of control over the situation. It feels good as you finally scramble enough to get better technology and better units to fight against the enemy alien squads, which are at the same time, getting more powerful. You are attempting to speed up your capabilities faster than they are putting them down. Yes, some countries will inevitably withdraw and be doomed, but survival of the fittest, right? 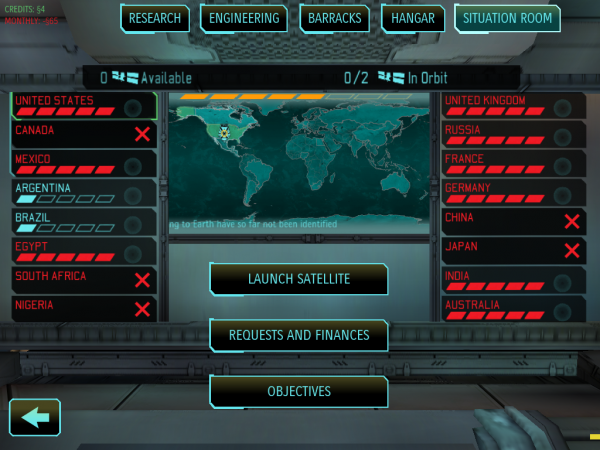 This would be an example of how not to save the world.

XCOM 2: The Next Generation Of Turn-Based Strategy

XCOM 2 on the other hand is, quite simply, brutal. The aliens have won and taken control of the entire world. Far from the powerful and efficient organization that it used to be, XCOM is now a small group of rebels that fights back when and where it can. The enemies are more powerful, the missions are more difficult, and you never have enough time or resources to do everything that you want to.

The doom meter has been replaced with a tracking meter for the Avatar Project, something the aliens are working on that will supposedly spell the end of humanity. What this means for you, the player, is that the meter no longer goes up based on your actions. There are things you can do to delay the Avatar Project, but that feeling of control is gone. If XCOM: Enemy Unknown is about staying on top of the situation, XCOM 2 is a race against time with the looming sense that you’re going to lose. You don't have the support of countries without putting time and effort into getting it. Alien events will occur that give bonuses to your foes. That comforting feeling of control is gone. 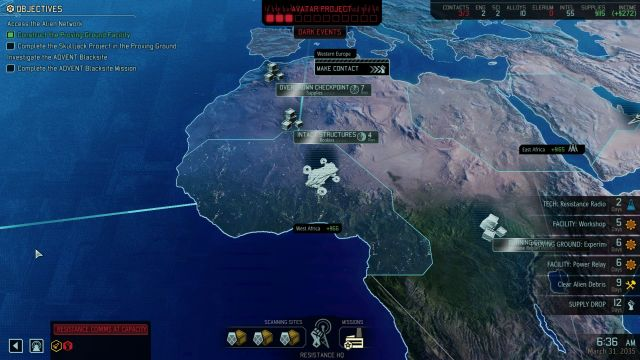 It now takes substantial amounts of time to get to places and complete objectives. You won’t be able to get them all.

XCOM 2 also introduces the concept of stealth missions. While XCOM: Enemy Unknown did have a fog of war mechanic - that is, units can only see so far and a lot of the battlefield is hidden - XCOM 2 takes it a step farther. Now that you’re a small rebel group instead of a powerful defending army, you’ll often find yourself up against superior forces. The way to even the odds is through careful positioning and waiting for the perfect moment to get the drop on them. The game will actually warn you what spaces are visible to the enemy and when you’re going to break concealment - assuming that you see the enemy before it sees you. A lot of battles are won or lost at the moment you reveal your squad. If you’re well positioned for the ambush, you can gun down the aliens before they know what hit them. If you blunder into an enemy, you may have to watch your whole squad go up in smoke.

While the core gameplay between XCOM and XCOM 2 is mostly the same, they feel like completely different games. I think that’s what makes XCOM 2 not just a great game, but a great sequel. It’s not just a complete rehash of what came before it like a classic Mega Man title, nor does it throw its predecessor out the window and try to remake itself from the ground up like a modern Final Fantasy. Instead, XCOM 2 is an evolution of the previous game. 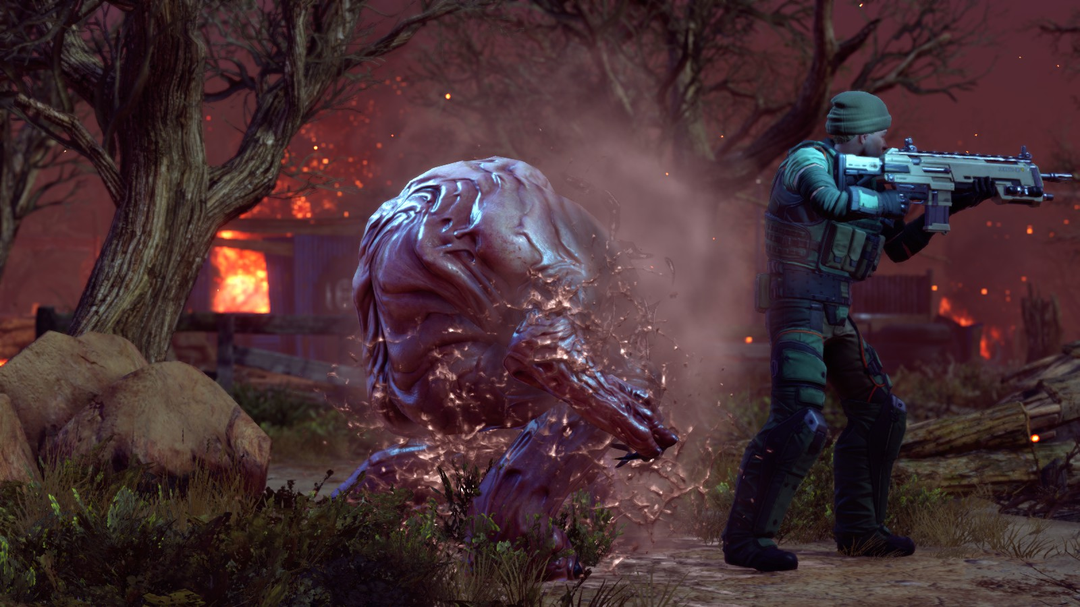 The aliens have a few new surprises as well.

Evolution Is XCOM’s Theme And The Key To Its Survival

Not to mince words, XCOM: Enemy Unknown is a fantastic game. In its time, many people considered it to be perfect. XCOM 2 certainly has a hard act to follow, but it carries the torch admirably. In large part, that’s because of how it allows the series to evolve.

First of all there are the obvious updates: of course XCOM 2 is going to have better graphics than its predecessor, and it uses a couple of new mechanics as well. These are things that you’d expect from a sequel, especially one that came out some four years after the first. What’s really impressive about the franchise’s is how it manages to take what is largely the same game and make it into a completely new experience.

There were many ways Firaxis could have made a sequel: the aliens could have returned with a greater force, or a different alien species could have appeared, or any number of situations that would put the player back in the same game with prettier graphics and some new toys. Instead, XCOM 2 puts you into a whole new role - that of the outmanned and outgunned freedom fighter trying to reclaim what’s already lost. While this does, admittedly, require some retconning of how the first game ended, it also provides a much richer experience than XCOM: Enemy Unknown 2, The Unknownening. It keeps the series fresh while holding fast to the things that made it great in the first place. That is how you make a great sequel: not just an update - an evolution. 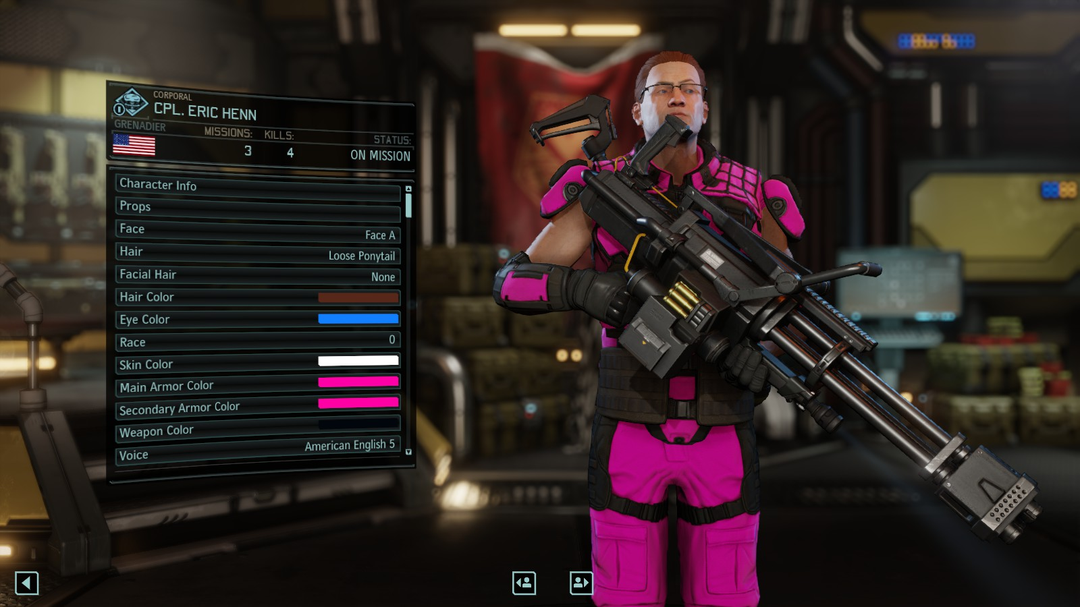 Often, game series lose focus of their original goal, their original theme, as they develop sequels. Firaxis as a developer however was able to do something very difficult: grow a game series, while staying true to its roots. It not only helps the games feel fresh, but it makes me more willing to go back and play the whole series over again.

Sprites and Dice is on Facebook and Twitter! Like and follow us to keep up with all of our shenanigans. If you like Sprites and Dice, please consider donating a dollar or two to our Patreon so that we can continue doing what we love and bringing you quality gaming-related content.