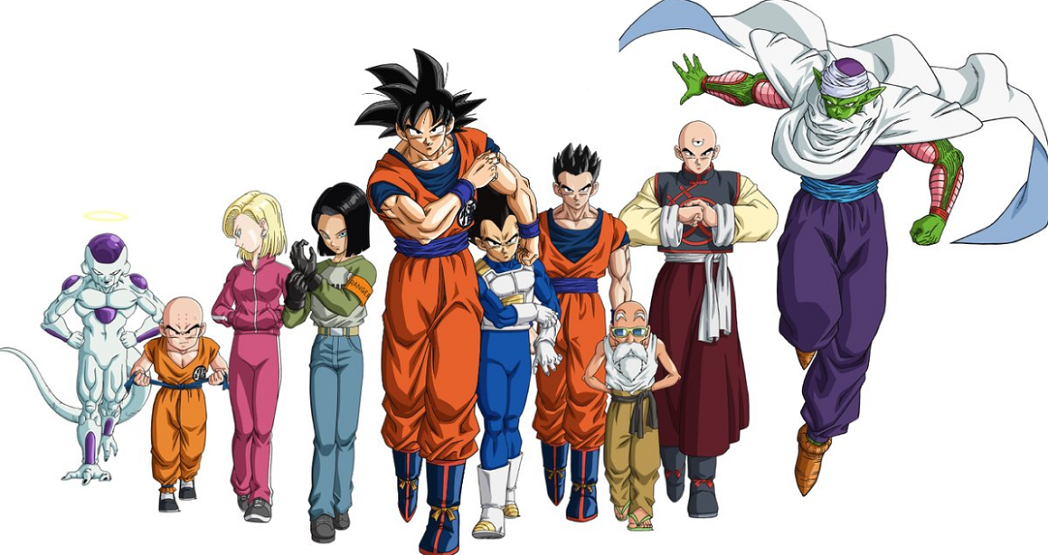 Eric has recently begun playing the Dragon Ball Super TCG and has taken the opportunity to do a study of sorts. He is keeping records of his deck lists at each tournament he attends, as well as how well he does and how much money he has spent in total. You can get links to Episode 1 and Episode 2 here. For this tournament, in addition to beefing up his lineup of black cards, Eric finally bit the bullet and bought two copies of Foreseeing Hit: a rather pricey but powerful finisher that’s practically a staple in red decks. Let’s see how it goes. 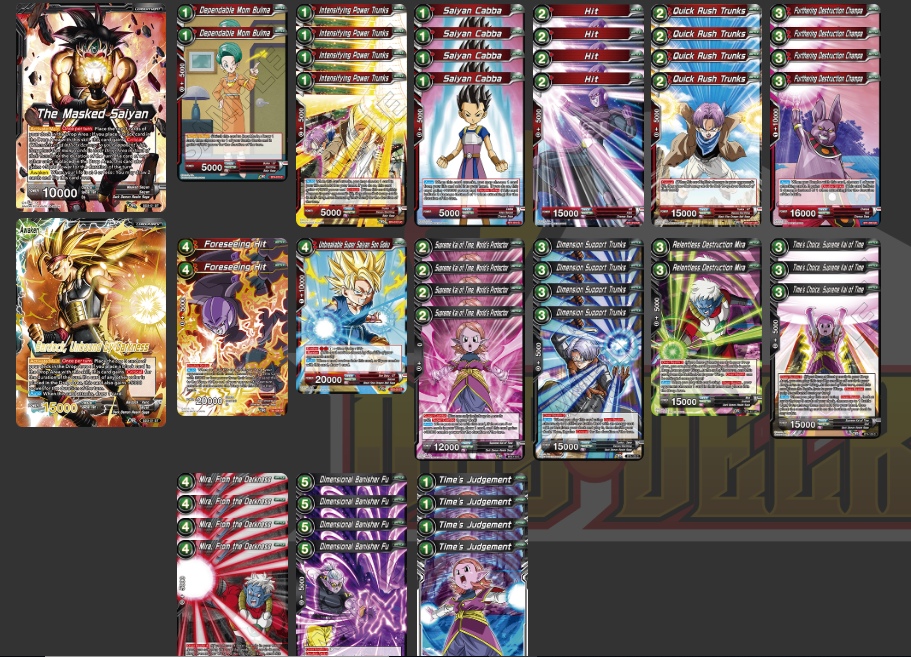 It wasn't until after this tournament that Eric learned he could get a full playset of rare Goku cards from a starter deck...

Ever since I was a kid I’ve admired the Legendary Super Saiyan, an unstoppable force that destroys everything in his path. I’d heard that, for all his power, he was simply too slow to keep up in the current meta, but was still curious to see what it was like to fight him. Today I got my chance, and he did not disappoint. 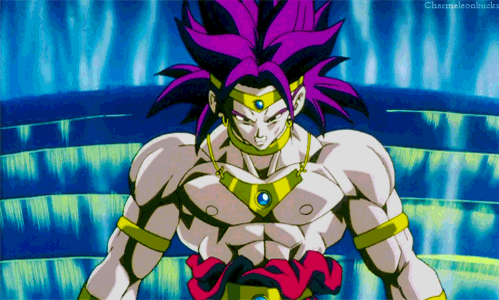 Broly has a slow start, and I took advantage of it by rushing in for an early lead. I dealt a fair bit of damage and took a couple of hits in return, but I seemed to have the upper hand. However, after a couple rounds of fighting back and forth, Broly hit his stride.

The real problem with Broly isn’t the Leader himself, it’s all the other versions of Broly that he brings with him. All of them either instantly KO my allies or force me to discard from my hand, slowly grinding my options down to nothing while they just keep Evolving to get stronger and stronger. With Dimensional Banisher Fu on my side I was able to break a couple of those Evolve chains, but I couldn’t compensate for the constant loss of resources or keep control of the field.

It got to the point that I was on my last legs and practically out of options. I figured that I had one more chance: I used everything that I had to rush Broly directly and try to knock him out before he could finish me off. It was a long shot, given that he had so much more left to work with than I did, but it was all I could do.

As I suspected, I managed to deal some heavy damage but I came up just a little bit short. With only one life remaining, the Legendary Super Saiyan took control of the action again and handed me my ass only loss of the day. 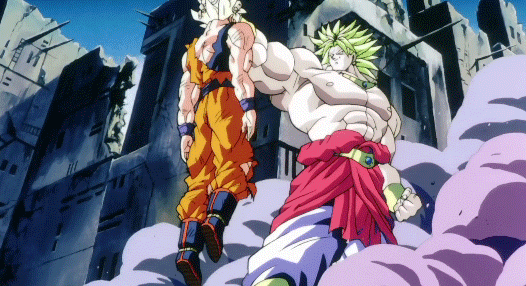 This match was the kind of slugfest that I live for. Neither of us were packing any backhanded tricks or complicated strategies, the plan was just to hit the other guy harder than he hit you.

As per usual, I came out swinging hard and took an early advantage. Goku struck back with some impressive teamwork, utilizing Bardock, the Progenitor and Swap to get a lot of fighters into the arena and gunning for me. I took some damage from his first volley, but countered with Dimension Support Trunks and Saiyan Cabba to put myself firmly in the lead. 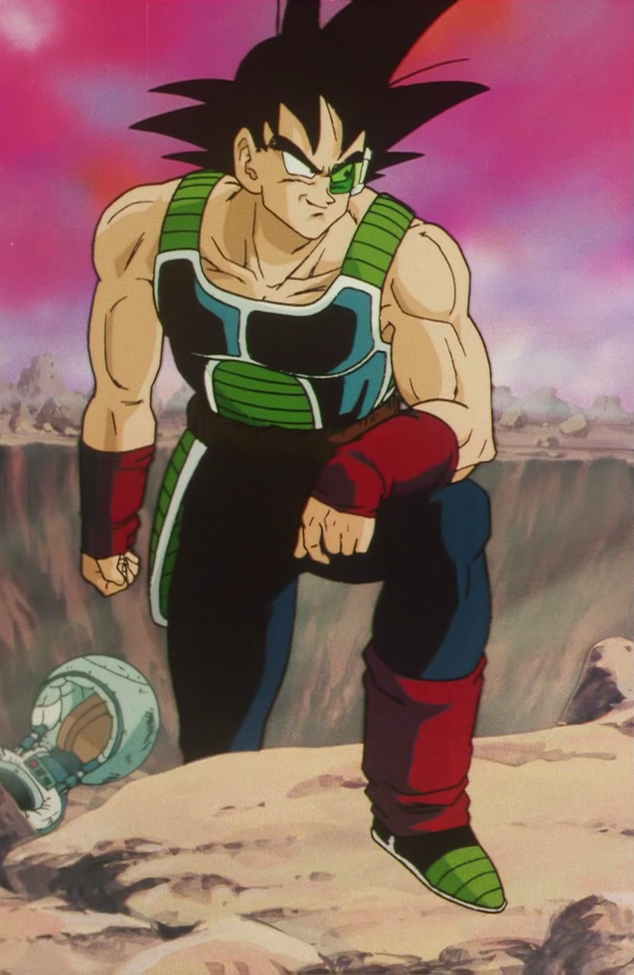 "What, what am I doing over there? Man this is confusing."

This was when things got interesting. Goku’s special ability in this fight was that he got stronger - much stronger - when he was losing. It didn’t seem that great on the surface (why would you want to rely on doing badly?) but I realized that he had the chance to give me just the smallest upper hand, then rally back to win.

This was where I had to dig in my heels hard. I lost Cabba and Trunks to attacks that I just couldn’t afford to defend against, then had to protect myself with Time’s Judgement. I fought back with Mira and some well placed combos, and soon Goku and I fought each other to a standstill.

Now I was ready to use my new trump card. I brought out Foreseeing Hit, sniped some would-be supporters out of his hand, and rushed in to keep fighting. And… I didn’t win. Foreseeing Hit, ideally, should finish the match for me, and I jumped the gun on using him. I should have waited until I was more solidly in control and ready to swing for the win. The way I used him, I got the advantage for one round but wasn’t able to seal the deal. Goku rallied back and the fight continued. 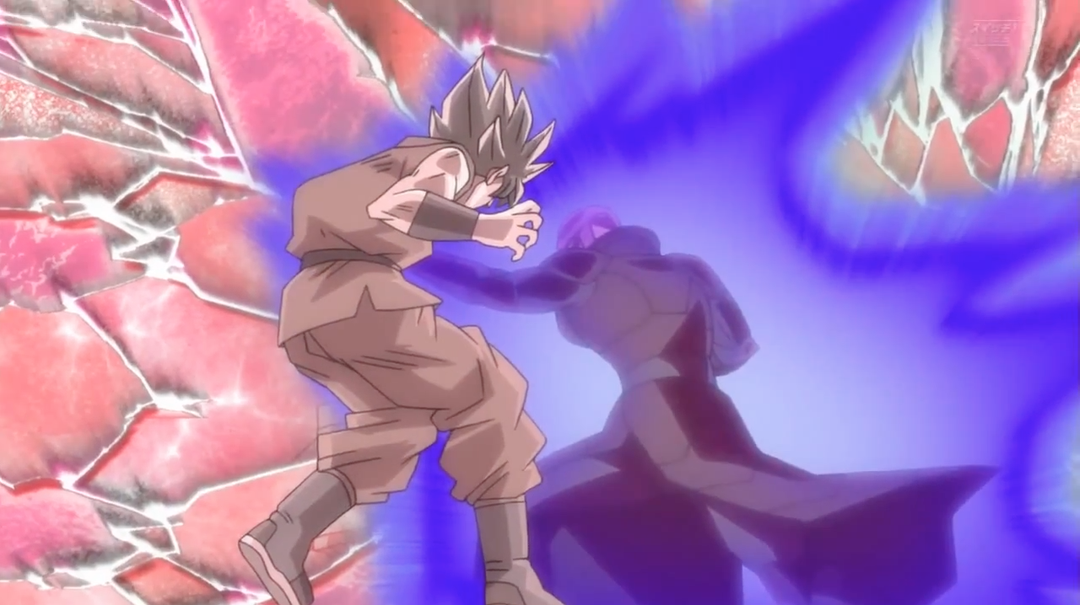 Hit did land a couple of good... well, hits.

I did eventually win the match, but it wasn’t with the perfect, pinpoint strikes that I expected. We just kept whaling on each other until one of us fell down, and it happened to be him. It was a very close match when I think I could have won handily, and I look forward to learning how to leverage Hit’s unique abilities more effectively.

There’s really no need for a play-by-play on this one - it went a lot like last time. I took an early lead, they rallied with their Awaken abilities and fought back hard, but in the end I took control and hit them for the win.

As a side note, I’m very pleased that the Androids have gone from seeming so threatening to being perfectly beatable; though not necessarily easily beatable.

This fight seemed like it would have some interesting prospects. Goku’s ability meant that he could bring along any Universe 7 fighters that he wanted without having to worry about energy colors, so he could have all kinds of tricks up his sleeves. The array of colors also meant that he could be using a wide variety of cheap extras, like the Flying Nimbus from yellow alongside the Senzu Bean from blue. It wouldn’t be practical to run too many different extras, because Goku’s ability only affects actual fighters, but the possibilities were exciting.

The reality... didn’t quite live up to my expectations. While he did use a lot of different fighters, the flexibility and surprises that I was expecting just weren’t there. Maybe I just didn’t give him the chance; I started the fight in my usual way, rushing in with cheap support from Trunks and Cabba. I kept the pressure on right from the beginning and he was never able to go on the offensive. Any fighters he brought out were gone on my next turn, and my constant critical hits made sure that his hand stayed low.

He did have an ace in the hole that made things a little harder for me: Burst Attack Son Gohan, who showed up twice to refill my opponent’s hand when I thought I had him on the ropes. Full Power Spirit Bomb Son Goku might have been a problem, not because of any impressive abilities (by the time he came out my opponent didn’t even have enough life left to use it), but just as a big stick to hit me with. However, Dimensional Banisher Fu took care of him almost immediately. 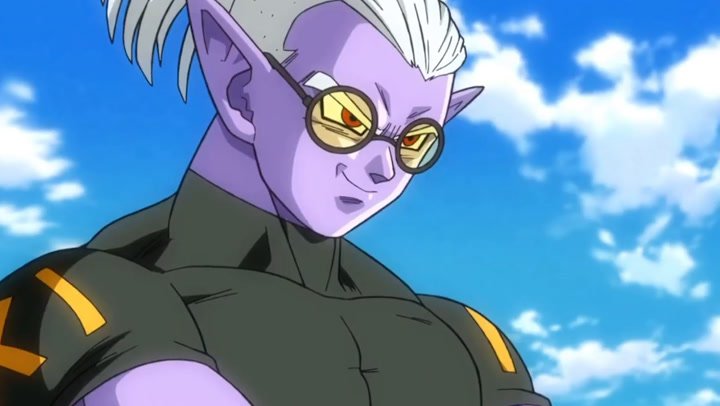 Besides, you wouldn't hit a guy with glasses, would you?

Overall, while Goku held out longer than I expected, it was an easy win for me. In fact, it was the first fight I’ve won without even needing to Awaken.

Next Time On Eric’s Journey

Going forward, I intend to stop writing about every little local tournament that I attend. Now that I’ve hit my stride with the DBS Card Game, I’ll only be covering tournaments where something interesting happens: A new set just came out, I’m trying a new deck, or it’s a larger tournament like a Regional.

With that said, next time I’ll be competing in my first tournament since the new World Tournament set came out! What new threats will I face? What will it do to the meta? Find out next time on Eric’s Journey!